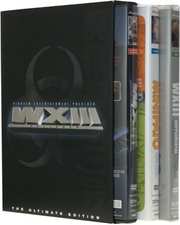 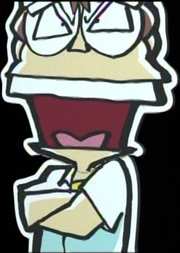 When MVM released the first OVA series of Patlabor, it became inevitable that I would gather this franchise into the warmth of my home cinema collection. It’s odd, as I didn’t get that feeling from the first two Patlabor movies that I had owned for several years to that point. It turned out that the series and the movies are two different entities. When it came to completing the collection, I’d have to look abroad, as while Beez originally released the first two movies on DVD, MVM could only release the shorter OVA series. I got the 50 episode TV series eventually from Australia, and the final piece of the puzzle had to come from the US, the third film, and to date final Patlabor release, Patlabor WXIII. Incidentally, if you want superior AV quality, then you’ll need to go for the Sentai release, which collects the movie and the Mini Pato shorts onto one DVD or Blu-ray release. I instead went for the original Ultimate Edition release, from Pioneer (who would later become Geneon), 3 discs worth of content, but not without its video issues. 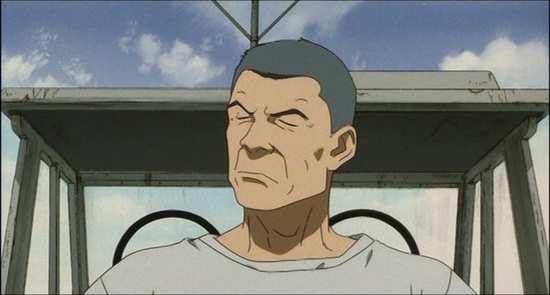 There’s something strange in the ocean, some sort of creature that is attacking Labors; but it’s when it turns its attention to people that detectives Kusumi and Hata are assigned the case. They’ve walked into a labyrinth of deceit and conspiracy, and the more they uncover, the more personal it gets. 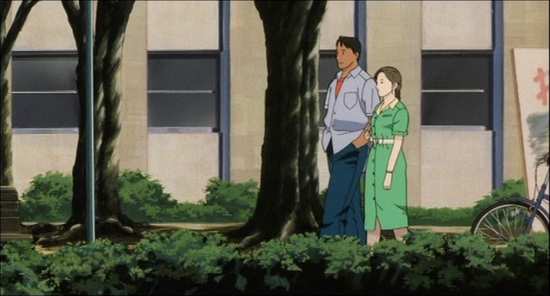 The disc presents the film with a 1.85:1 anamorphic NTSC transfer which is progressively encoded. Alas, the film is severely windowboxed against overscan on old-fashioned CRT TVs. On my flat panel display, even when I turned overscan on, I was still left with one-inch borders on a 37” display. Production IG do the honours, and this is the best looking Patlabor movie yet, wonderfully, richly detailed, with an eye to realism, a complex world design, and wonderful mechanical designs. The characters too tend to the realistic, although I have to admit that the regular Patlabor character designs are a little too removed from their TV series incarnations. I almost didn’t recognise Noa. 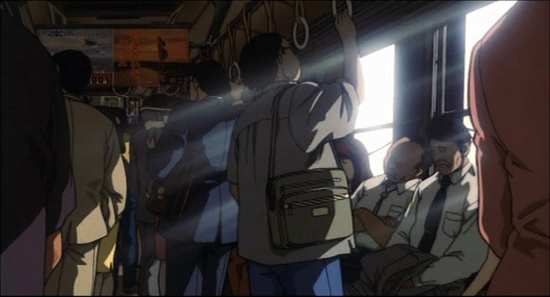 You have the choice between DD 5.1 Surround English and Japanese, and there is also a 2.0 Stereo Japanese track. There are also optional subtitles and a signs only track. The audio is excellent on the disc, immersive and effective. Kenji Kawai’s music suits the unsettling story well, while the action sequences are presented robustly. The subtitles are accurately timed and free of typos. 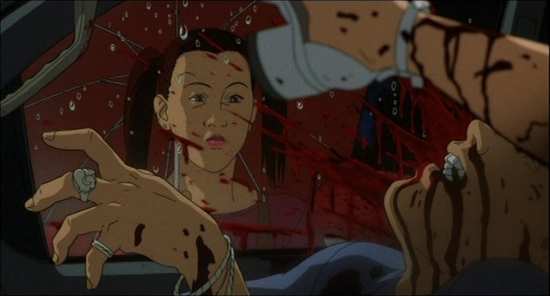 There are three Amaray cases held in a card slipcase, and each disc gets its own inlay listing chapter and contents. You’ll also find a two way booklet; one side leads you into 6 pages of Mini Pato production notes, while flipping the book over offers 8 pages of WXIII production notes.

Disc 1 boots to an animated menu, where you’ll find four trailers and a set of TV spots for the film, a brief Patlabor glossary, and a 15:02 trailer reel for other Pioneer product. 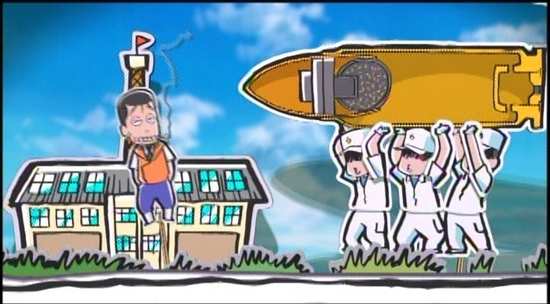 Disc 2 is the Mini Pato disc. It offers its content in 1.85:1 letterbox form with zoom friendly subtitles, and the same audio options as before. The main programme runs to 32:38, three short comedic films that take us behind the scenes of the SV2, presented by SD forms of the characters. The case proudly proclaims it to be Digital Paper Puppet Theater, and it’s a whole lot of fun to watch, the closest this collection gets in tone to the original TV series.

Extras for the Mini Pato shorts include the textless opening, the TV Spots, and most prominently The Consolidated Design of the Creating Process For Mini Pato documentary. This making of lasts 34:40. 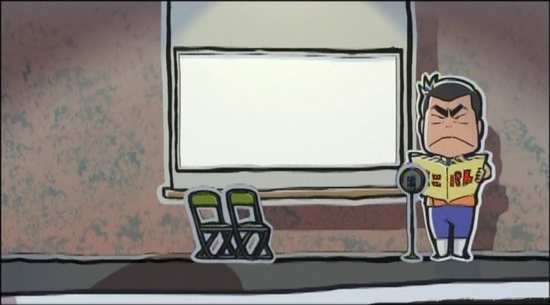 The third disc is the WXIII: Supplemental disc, which contains the bulk of the extra features for the film. 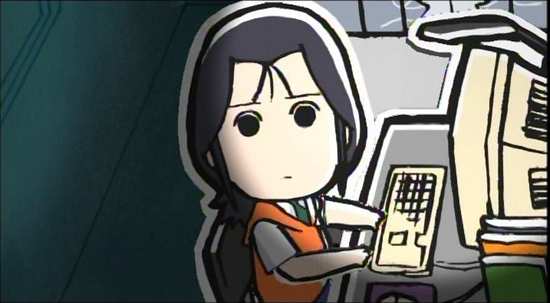 The Animation Layout Gallery is a 54:06 slideshow of line artwork, and is the biggest disappointment on the disc. It’s layered over audio for “Say Young 21”, a variety entertainment radio show that was broadcast to promote the movie with a lot of fun and skits from the TV series and movie cast. The problem is that this isn’t subtitled at all. It's here just for atmosphere, or for fluent Japanese speakers. Translating radio shows isn’t easy, there’s rarely a script to work from, and people tend to talk over each other more, but companies have managed it in the past, as my Burst Angel and Croisee in a Foreign Labyrinth discs attest to. 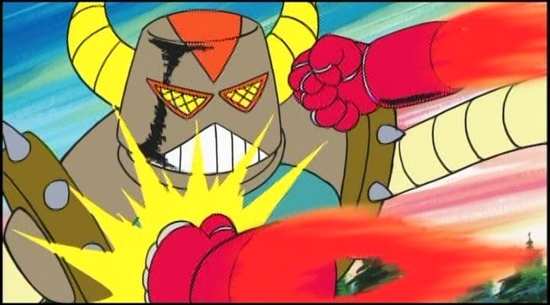 Finally the 5.1 Ch Sound Art Gallery shows some backgrounds from the film, and offers 6:02 of some wonderful Kenji Kawai music. 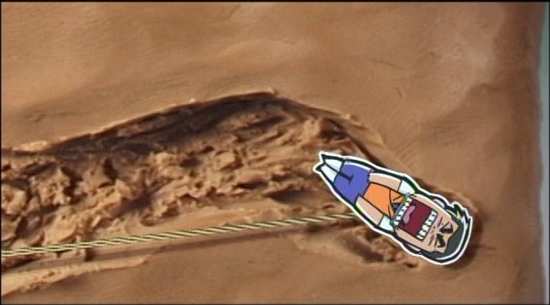 I don’t know what to think about this one. Patlabor WXIII (which stands for Wasted Thirteen) is a hard film to enjoy. It’s bleak, depressing, and downbeat and it ends on a kick in the teeth conclusion that makes you want therapy to deal with it. In other words, Patlabor WXIII sucks as a Patlabor movie. The thing is, just strip away the Patlabor, just leave it as WXIII and it’s not that bad at all. It might just be the world’s first highbrow b-movie; an intellectual monster flick that provokes thought as it sends a genetically engineered leviathan on a rampage through the city. 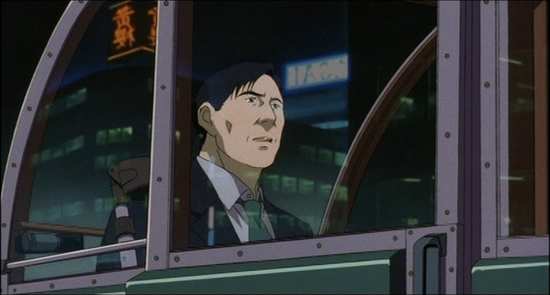 It is pretty simple to divorce the film from its franchise, as the Patlabor characters really only appear as cameos in this story; it’s really about the flatfoots, the detectives working the case, and giant mecha really aren’t the focus of the story. Also, in the Patlabor series, the monster episodes were my least favourite aspect of the anime as I had a hard time reconciling them with a world of giant robots. In the end, as well as the tone of the film, the most jarring difference is the body count; this film dwarfs the human carnage of the series and the previous two movies put together and by a large margin. There are some gruesome deaths in WXIII which again distance it from its franchise. 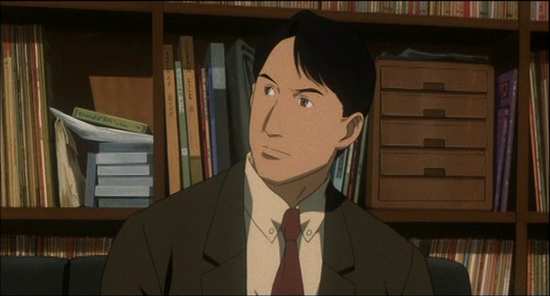 This third film (although it slips between the first and second chronologically), wants to be another Oshii movie, although the director is different. It has the same penchant for montage in its storytelling, although it lacks the same philosophical weight. But you do have a genetically engineered sea-monster on the loose, and that leads the two protagonists on a pretty far-reaching and complex investigation, naturally to a bio-research lab, but also you have the government and the military in the mix as well, the manipulation of the news to stop the population from panicking while a beast is on the loose, and so on and so forth. 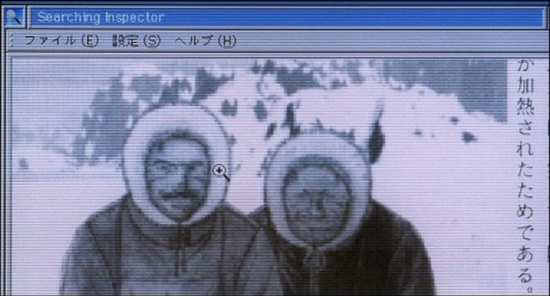 On a personal level, the younger, greener detective has time for a relationship, although the woman he falls for is harbouring a secret, beyond that of working at that research lab I mentioned earlier. Ultimately it’s a tale of loss and grief, and what a grieving mother is prepared to do to hold onto what remains of her family. As mentioned, it doesn’t end well for any of the characters. 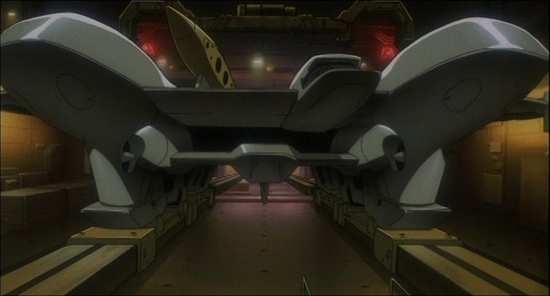 If you’re coming to WXIII looking for a Patlabor movie, be prepared for a gut-punch, as this film feels nothing like the Patlabor you’ll have experienced before. In fact, the Patlabor name may be this film’s worst enemy, as in every other respect, it’s a strong film, with a good story, and works far better as a standalone. It’s a sign of how I feel about this film though, that for me, the best aspect of this release was the Mini Pato disc.