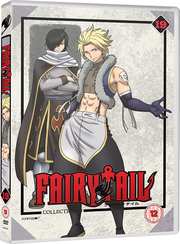 It was all going so well. Fairy Tail was coming to the UK, and after an SD start, Manga Entertainment got caught up with the Blu-ray releases as well. Then it seemed that the bottom fell out of the Fairy Tail market, and a lengthy hiatus ensued until the point where Funimation decided to release anime directly in the UK. When Fairy Tail picked up again, it was DVD only once more. You wouldn’t think that’s much of a problem in a show that doesn’t particularly stand out as a high definition masterpiece, especially when we were pretty much getting everything on the discs, the DVDs matching the Blu-rays for content. But not too long ago, Funimation came up with the cost saving idea of making certain extra features as exclusive to the Blu-rays. That isn’t a problem in the US where they release their anime as BD/DVD combos as standard. The problem is that we in the UK are only getting the Fairy Tail DVD discs out of the combo packs, and Part 19 is where Funimation’s Blu-ray exclusive extra feature policy kicks in. No more extra video content! 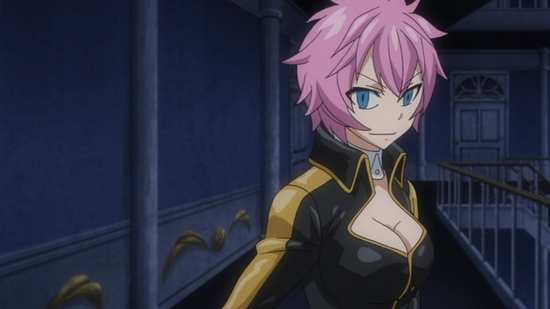 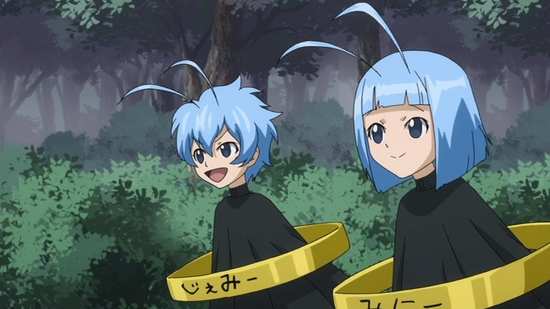 Previously, the contracts that bound the twelve strongest celestial spirits to wizards like Lucy and Yukina had been broken, the personalities and appearances of the spirits changed, memories of their wizards lost, and a desire for complete freedom made apparent. Leo/Loke led the spirits in rebellion, aiming to complete the Liberam ritual to gain their freedom, but Lucy and her friends in Fairy Tail went after them to stop them from leaving, with the hope of restoring their memories. But the spirits weren’t about to give up without a fight. And then Lucy and her friends learned that if the Liberam ritual was completed, the spirits would indeed be free, for 12 days at which point they would all die. 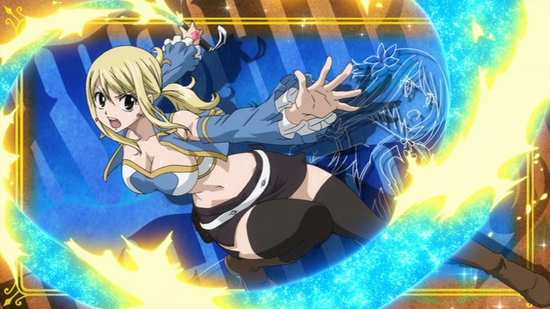 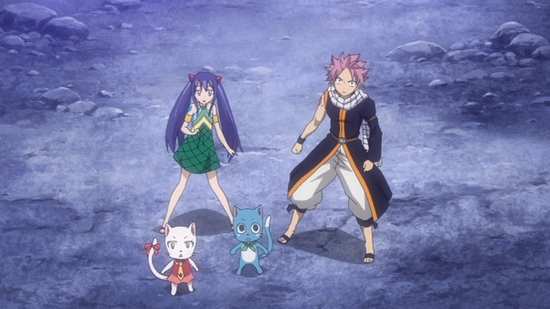 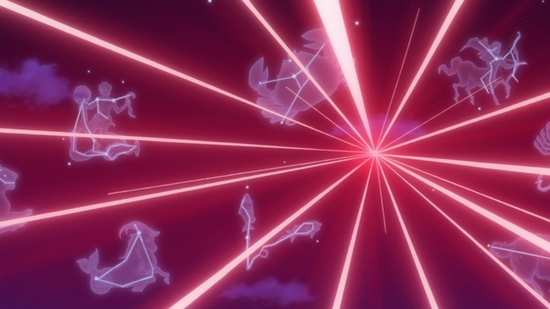 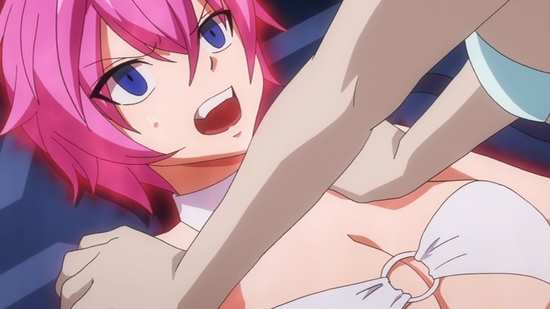 The discs present their content with static menus and jacket pictures. Disc 1 autoplays with a trailer for Kamisama Kiss.

Disc 2 autoplays a trailer for Free: Eternal Summer. There are two audio commentaries on this disc, and that’s your lot. The first on episode 220 features ADR Director Tyler Walker, and Brina Palencia (Juvia). The second is on episode 222, and this time Brian Mathis (Macau), and Charlie Campbell (Wakaba) both join Tyler Walker.

And that’s it. No more featurettes, no more textless credits, and no Funimation trailer reel. Blu-ray only for those, which being Region locked, means you’ll have to shell out for the Australian releases. 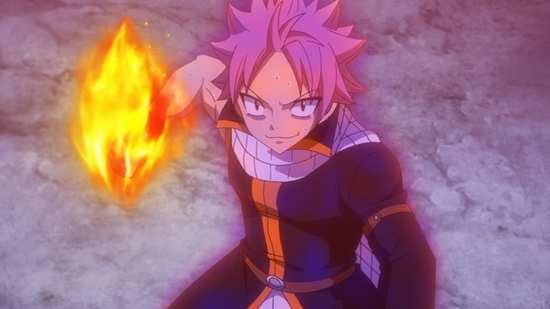 The previous instalment of Fairy Tail gave me a little hope, with its collection of filler episodes which were of better quality than previous Fairy Tail filler. You might think that a case of damning with faint praise, but the Eclipse Celestial Spirit arc had the virtue of actually tying in to the Magical Games Tournament, progressing logically from that canon stopping off point with a new story. Lucy’s Celestial Spirits suddenly develop a desire for independence, breaking their contracts with their respective Wizards, and looking for a permanent way to gain their freedom. Tonally, the anime writers can never quite match the heart, and the dramatic intensity of mangaka Hiro Mashima, and they never get the blend between drama and comedy right. But the Eclipse Celestial Spirits arc was watchable, unlike some of the other Fairy Tail fillers, and I was hoping for good things with Part 19. 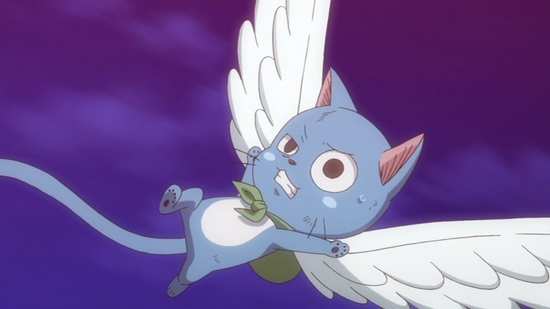 That doesn’t quite happen. Sure, the Eclipse Celestial Spirits arc continues and concludes here in much the same way as its first part. We get the concluding one-on-one battles between the Fairy Tail wizards and the renegade spirits, and the reversal when it turns out that the Fairy Tail wizards have been fighting on the wrong side. That entails a visit to the Celestial Realm to face off against the big boss directly, and learn the truth about what has been going on. It’s a watchable story that continues in the same vein as before, and even if it isn’t on a par with the canon material, it does satisfy emotionally with its conclusion. 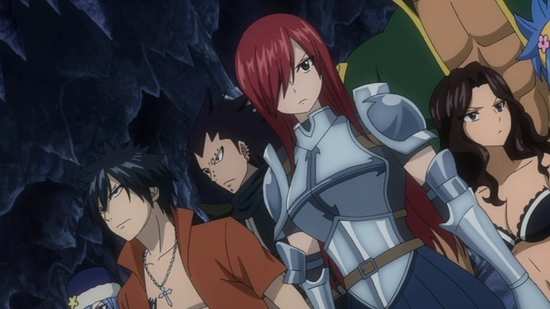 The problem here is that it’s all over by episode 218. We have to put up with eight episodes of Fairy Tail filler, single episode stories that vary from the dire to the entertaining, with a few too many dire stories, and just a handful of watchable ones. Natsu babysitting Asca, Juvia’s 413 day anniversary celebrations with Gray, the mission to retrieve ice, the transformation spell going wrong, are all utterly disposable, while the final episode in this collection, the zombie parody where everyone infected gets Ichiya’s face could well be the worst Fairy Tail episode made to date. Against that, the Kemo-Kemo double episode story starts off badly but ends in an interesting way, while the Laxus episode is actually a decent one. 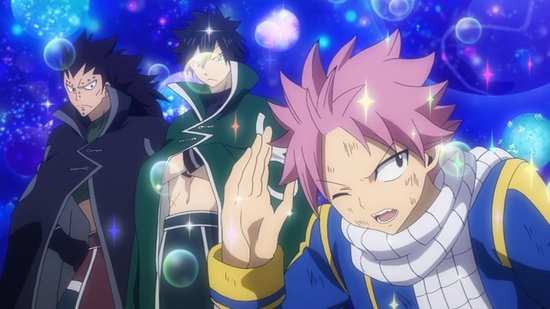 So there we have it, a watchable Fairy Tail filler arc. Who’d have thought it possible? You can’t get away from the taint of those standalone episodes though, and this collection goes out on the worst note possible, but at least we’re back to canon material with collection 20. Just be aware that from this collection onwards, most extra features are Blu-ray exclusives, and we don’t do Blu-ray Fairy Tail anymore.