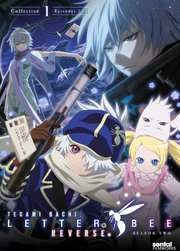 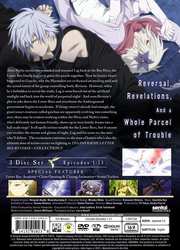 I loved watching Tegami Bachi streamed. for its wonderful and imaginative world-building, but I had forgotten about its seriously languid pace until I had a look at the first series on DVD. This is a show that takes a full 25 episodes to set up its premise, introduce its characters, and finally get to that twist/turning point that really kicks off the narrative. It was only the last four episodes of Tegami Bachi that really indicated the direction of travel for the story, establishing the controlling and restrictive government, and more importantly their outlaw opponents in the Reverse group. That story is explored in the sequel series, Tegami Bachi: Letter Bee Reverse. 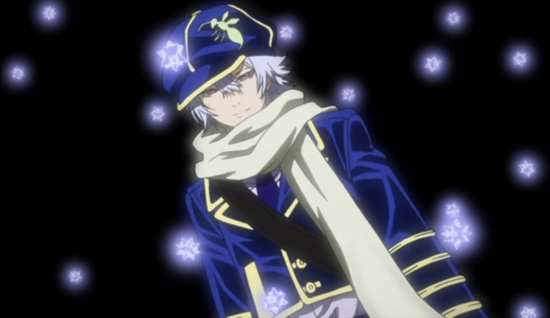 Tegami Bachi tells the story of Lag Seeing, who as a little boy was abandoned in the furthest rim of Yodaka, his mother forcibly taken to Akatsuki, and the boy left next to the ruins of his home, with a postage label attached to his arm. The Letter Bee who found him, Gauche Suede, accepted him as his ‘parcel’ and undertook a perilous journey to deliver him to his aunt in Cambel Litus. He made such an impression on Lag that he developed an ambition to become a Letter Bee just like Gauche. Five years later after passing the preliminary exams, Lag makes the difficult journey to Yuusari to finally become a Bee, and on the way he encounters a strange blonde girl who has been left as a lost package in a railway station. He dubs her Niche, and she decides that she will be Lag’s Dingo. But the life of a Letter Bee turns out to be quite different from what Lag imagined. At the end of the first series, Lag had finally been reunited with Gauche Suede, but it turned out to be hardly the reunion he was hoping for, with Gauche having no memory of his life as a Letter Bee; instead working as a Marauder named Noir for an anti-government group called Reverse. 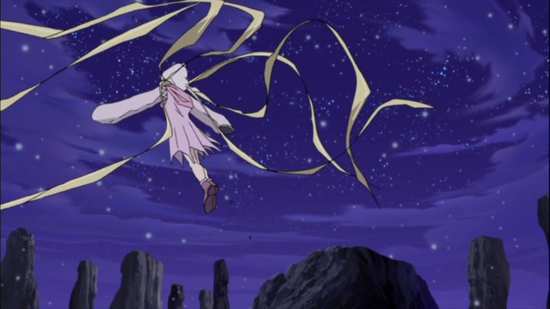 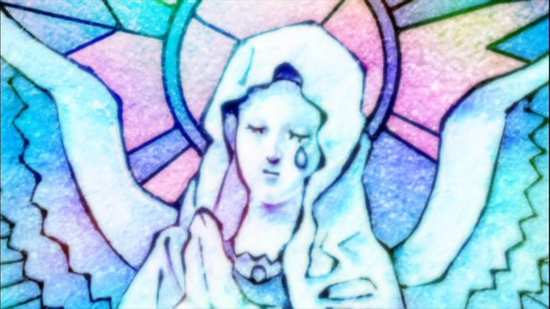 Tegami Bachi gets a 1.78:1 anamorphic NTSC transfer. It’s clear and sharp, with adequate detail, and no significant signs of compression. It is however prone to jerkiness in pans and scrolls, something that actually seems worse with progressive playback. However there is no tearing or combing, leading me to believe this is a progressive encode, just not a very good one. Tegami Bachi is an interesting anime, a story set in a twilight world, which in this case demands a lot of blues and purples in its palette. The world design is fairly impressive, offering a historical European vibe for its towns and villages, although one of the more fantastic elements in the story, the giant, insect-like Gaichuu, are rendered with the computer generated plasticity of elements that refuse to blend into the 2D animation. It’s a small niggle in an otherwise impressively put together show, and the more simplistic character designs allow for more fluid animation. 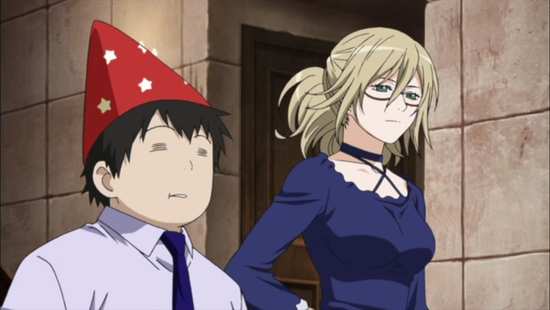 This is a subtitle only release, with just the Japanese DD 2.0 audio track to appreciate. It’s a fine track, the actors are cast suitably for the characters, while the show gets some great theme songs, and even better incidental music, which can be ethereal and choral at times. The subtitles are timed accurately, but unfortunately aren’t free of a handful of typos. This definitely could have used some proof-reading, but as it was one of Sentai Filmworks’ earlier releases, back when quantity counted over quality, you can understand the lower quality control on this release. We can only be grateful that it wasn’t dubbed back then. 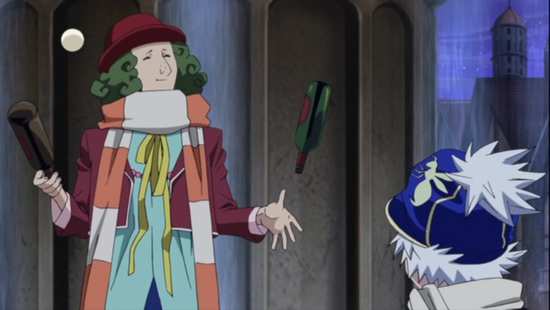 You get three discs in an Amaray case, two on a central hinged panel. The discs boot to static menus with jacket pictures, and each episode is followed by a translated English credit reel.

Disc 1 autoplays with a trailer for The Anime Network, and there are further trailers for Qwaser of Stigmata II, Hakuoki: A Memory of Snow Flowers, Kampfer – Fur die Liebe, Place to Place, Hiiro no Kakera – The Tamayori Princess Saga, and Psychic Detective Yakumo 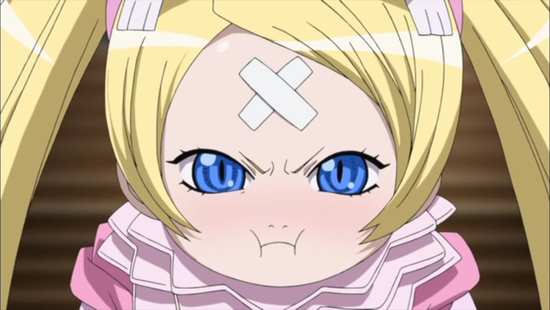 You get 4 Letter Bee Reversed Side shorts on this disc, running to a total of 12:47. These are little comedy skits with SD versions of the characters this time taken outside of the school setting, hardly the most original of post-credit spin-offs.

Disc 2 offers the next set of textless credits, and 4 more Letter Bee Reversed Side shorts running to 12:44. 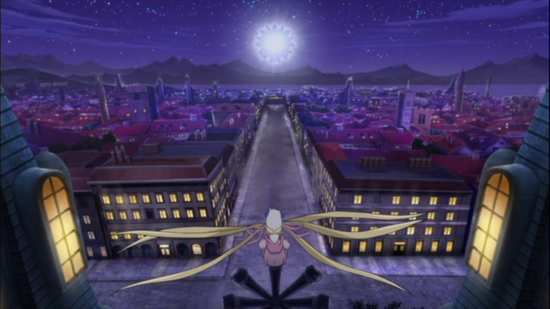 The first season of Tegami Bachi really did a whole lot of world building, introducing the characters and setting the scene, with perhaps the one overarching mystery, the disappearance of Lag’s brief mentor Gauche Suede. But it was really only the last few episodes that gave some momentum to the story, re-introducing Gauche with a new, humanoid dingo also named Roda, but with a new identity and a new mission. As Noir, he was now a Marauder working for the Reverse organisation in direct opposition to the Letter Bees and the government. The start of the second season grabs that momentum and adds to it, in terms of character and story development. This is where Tegami Bachi gets good, and the episodes here are the most involved and interesting so far. 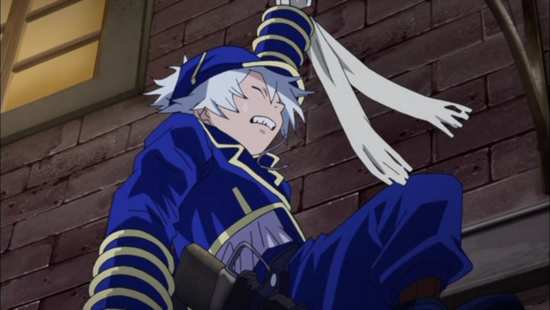 It doesn’t seem that way at first though, with a couple of wind-down episodes following the 1st season cliff-hanger and its resolution. First Niche has a crisis of confidence, feeling that she isn’t worthy of being Lag’s dingo, and his depressed apathy is only shaken once Niche runs away, and they have to look for her. With Noir the result of Gauche losing his ‘heart’, Lag’s trying to come up with a way of restoring Gauche’s memories, and it’s here that he gets the Letter Bullet, special ammunition for his Shindan which directly delivers a person’s feelings to another’s heart. From this point on, Lag has a hard time trying to think of what to write in a letter to Gauche. There are a couple of standalone episodes thereafter, with Lag getting back into the groove of letter delivery. 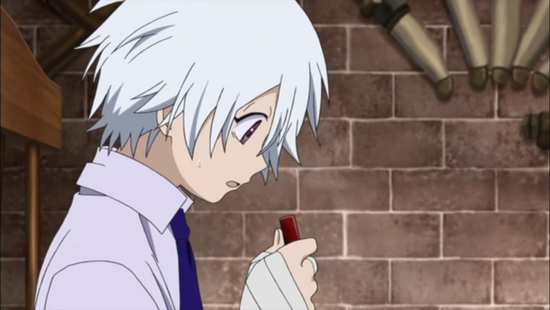 It doesn’t take long before we get to the main story again, with an inspector and his dingo arriving from Akatsuki to investigate a spate of letter thefts. It seems that the Reverse group is attacking Bees about their deliveries. And when Lag resumes the search for Gauche, following up a rumour to the North, he finds Niche’s past instead, as well as some more clues as to what Noir and Reverse are up to. That leads to the conclusion of the major dramatic arc in this collection, which sees Reverse’s plan put into action, an attack on the capital Akatsuki using a resurrected giant Gaichuu. It’s not the final episode though, which here acts as another wind-down moment following the big narrative crescendo, with sub-postmaster Aria Link having to step out of the office and put her uniform on again to make a delivery. 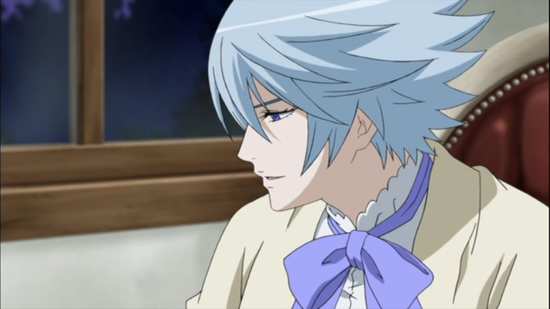 Tegami Bachi: Letter Bee Reverse paints a very intriguing story in this collection, with the government on one side, personified by the Bees, but who it transpires aren’t all that benevolent when it comes to the people that they rule. The stratification and segregation of society is one thing, but then you learn about horrific experiments that they conduct, and what could possibly be the tragic nature of the artificial sun that shines over Akatsuki. You begin to feel sympathy for anyone that might oppose them, but the Reverse group are ruthless enough in their own methods. The attack that they launch on the capital in this collection requires a significant sacrifice, so much so that you could call this a confrontation between two evils, with Bees like Lag, Gauche, Zazie and Connor caught in the middle alongside the innocent people of Amberground. This collection is rich in revelation too, with Niche’s back-story as the child of the Maka filled in, and with some tantalising snippets about Lag’s past also dropped in. 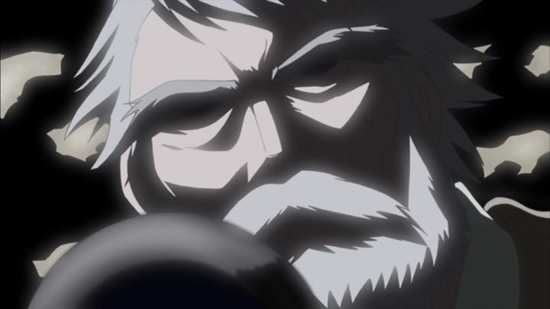 After a slow and deliberate start, Tegami Bachi: Letter Bee Reverse is where the show really does come together. You might think that after 25 episodes, halfway through the run, it’s a little too late, for me it’s really worth it.