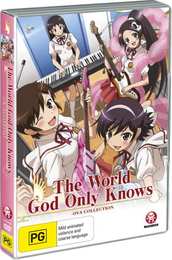 Review for The World God Only Knows: Ova Collection

It seems it’s ever thus in UK anime. You get into a series, start collecting it, perhaps have a growing sense of pride as it grows on your shelves, and then the local distributor just gives up on it, or you learn that other territories got more, perhaps even on Blu-ray when we got only DVD. I have so many TV shows missing OVAs or movies or third seasons that it just isn’t funny anymore. They all do it. One season of Prisma Illya was enough for Anime Limited, ADV only released half of the Slayers movies, Revelation released just one season of Hell Girl (hell, Revelation is an object lesson in anime interruptus), MVM will release series but not movies (although that will change with Girls and Panzer), and one of Manga Entertainment’s dropped shows that so frustrated me was The World God Only Knows, a supernatural take on an otaku premise. We got seasons 1 and 2 in the UK, but not season 3. I watched season 3 streamed, but Crunchyroll didn’t stream the OVA collection which is a prerequisite to watching season 3. Fortunately, the show did get home video releases in the US and Australia, and to keep PAL consistency in my collection, I imported the Region 4 releases of the OVA series and Season 3. 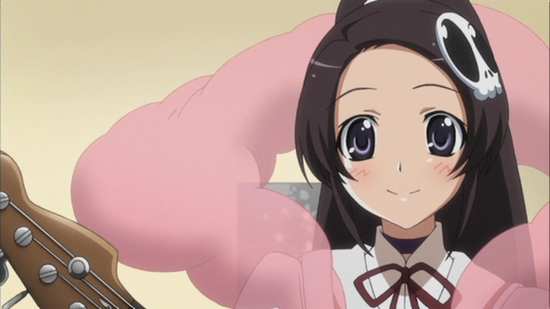 The demons of hell are overworked, and the situation is only getting worse. Loose souls are escaping from the infernal realm, heading to Earth, and possessing young girls that have emptiness in their hearts. It’s getting so bad now that Chief Dokuro is recruiting the cleaning staff into his Loose Souls Squad, and that means the cute demon Elsie and her trusty broom. She has to go to Earth, find the God of Conquest and enlist his aid in liberating the loose souls from the stricken girls. The God of Conquest is that male who can woo any young female, make them all giddy and weak at the knees, and more importantly fill that empty space in their hearts which harbours the loose souls. 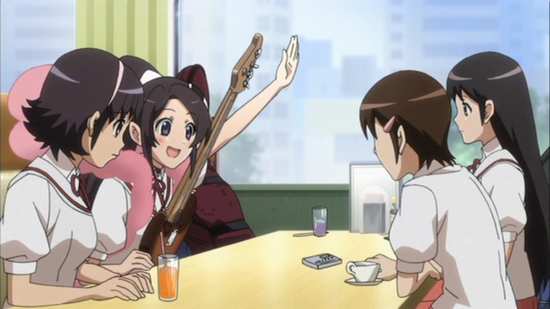 Keima Katsuragi is the God of Conquest... on girl games. This geek has a passion for the 2D realm, and spends his waking moments playing dating simulations on his handheld console. He can crack any game, date any digital female, just don’t ask him to interact with the real world. Of course Elsie seals the pact with him before she learns any of this, which means that they both now have collars that will explode if they fail to find and capture the loose souls. Keima will have to apply his dating sim skills to the real world, he’ll have to woo and charm real life human females. If that isn’t bad enough, Elsie’s taking over his life. First she’s enrolled in his class at school, and then she moves into his house! 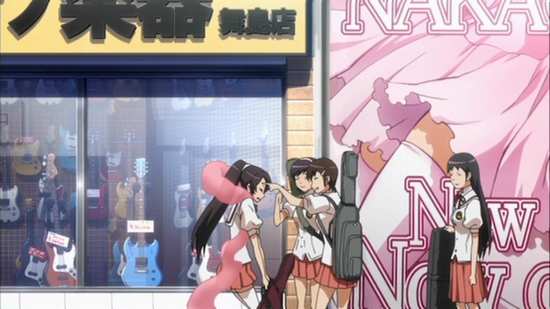 Four episodes of the OVA series of The World God Only Knows are presented on this disc by Madman Entertainment. 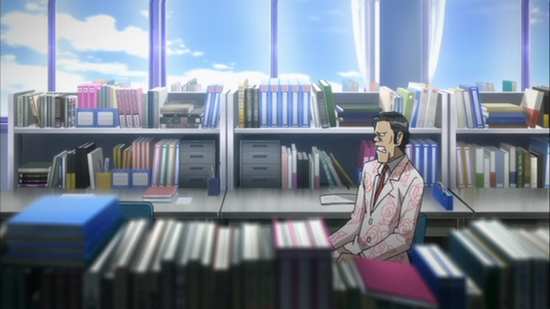 This time The World God Only Knows OVAs are released by Madman Entertainment in Australia, adapting the Sentai Filmworks release for a PAL market. That means that we get a 1.78:1 anamorphic transfer in native PAL format. The image is clear, sharp and colourful throughout, minus any of the old standards conversion issues, and generally a smooth and unproblematic transfer that takes full advantage of the 576 line resolution. You might notice some aliasing on the finer detail indicative of the limits of the DVD format. There is a Blu-ray option, but you’ll have to import from the US, and be able to spin Region A discs. There is no English friendly Region B option at this time. 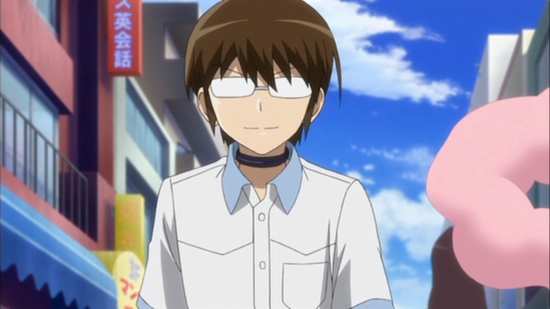 The animation itself is very pleasant, and I found that it takes a page from relatively old school anime when it comes to its world and character designs. The artwork is simplified, doing the basic amount to tell the story, the animation is full of bright, primary colours, and that characters are apt to lapse into SD form to emphasise a punchline. But the quality of the animation itself is of modern standards, looking very appealing when in motion, and not scrimping on the frame count. 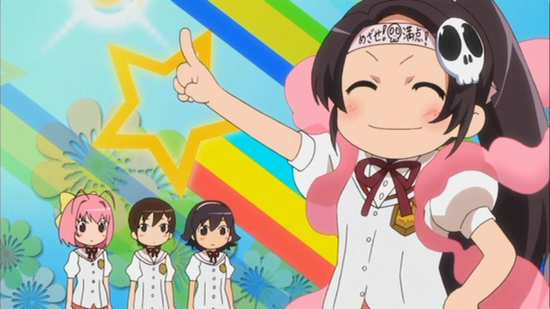 You have the option of DD 2.0 Stereo English and Japanese, with optional translated subtitles or a songs and signs track... As always I went with and was very happy with the original language track. I gave the English dub a try and found it to be rather mediocre, not really standing out from other comedy anime dubs. There were fewer character songs for which to switch to Japanese in this series, even though idol Kanon does make an odd appearance, so that wasn’t as much of an issue. The subtitles are clear, free or error and are accurately timed. 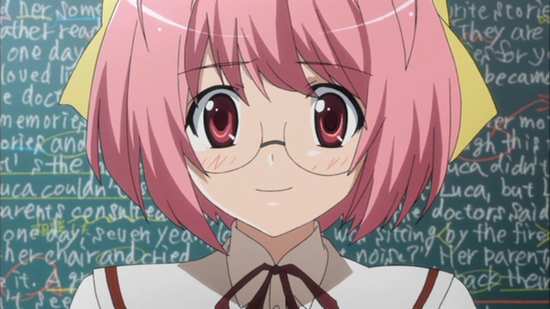 The episodes are presented on this disc from Madman Entertainment packaged in an Amaray case. The sleeve is reversible if you prefer some Kanon artwork and an absence of the oversized Australian ratings logo.

You get a static menu, and this time Madman have edited out Sentai’s translated English credit reels. As per current Madman authoring, you get just the episodes numbered on the disc, no titles. 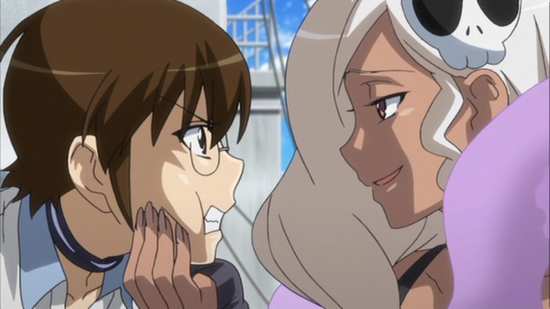 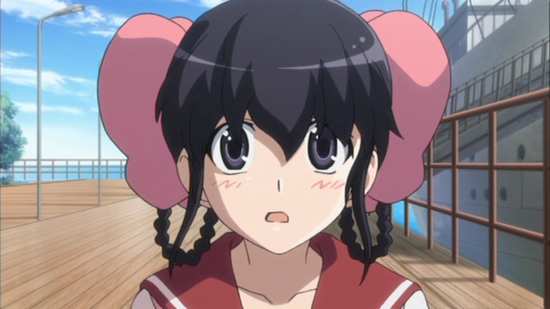 I always think of OVA episodes, and even OVA series as bonuses to the main series, enjoyable, but hardly necessary for the overall narrative. Then once in a while something like The World God Only Knows OVA comes along, with story specific episodes that you really do need for the main narrative. That’s usually a major pain in the UK where we seldom get the OVAs in the first place, but with this show, we didn’t even get the third series, which makes the whole question moot. But, as I wanted the third series, I had to get the OVA as well. It’s annoying, as when it really is story specific, they should be bundled with the main series. 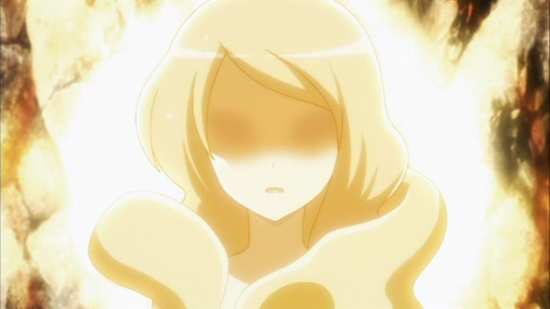 In many ways this is an old school review, just four episodes on one disc. The first and last episode can be considered your more conventional OVA episodes, in other words having fun with the familiar characters without significantly adding to the main story. I say significantly, as the opening episode concentrates on the 2B Pencils group that Elsie and her friends start in school, which make the odd appearance in the main series. Here, the story looks at how they started, a wannabe band who think they’re great, but reality hits when they hear how they really sound. That results in them trying to find more time to practice, which means trying to start a Light Music Club in school. The first episode follows them as they face the many hurdles they have to surmount to do that. 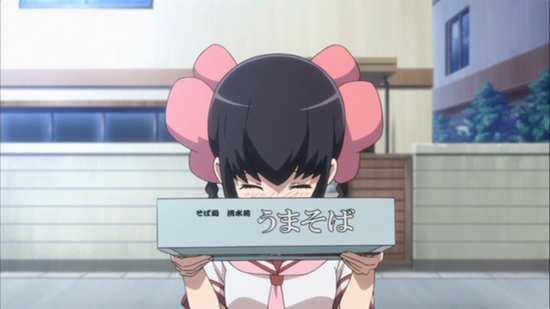 The final episode is even more traditional an OVA episode, the kind of story that you just can’t do during the main season run, because it’s just too wacky. Here Elsie wants to try out for an audition to play idol Kanon’s little sister in a TV show. After coming face to face with the way that show business works, things get more serious when a Loose Soul invades the TV studio. An encounter with Kanon leaves her magically transformed into an infant version of herself, while the Loose Soul takes on her grown up appearance, looking for a suitable target among those attending the audition. 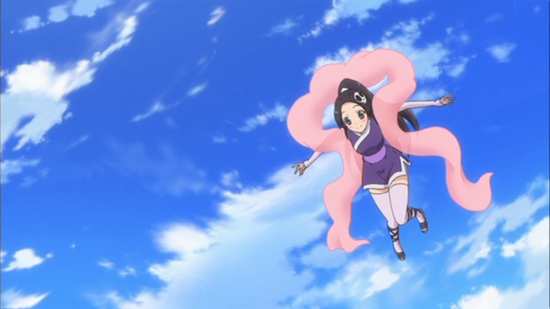 It’s the middle two episodes, essentially one story that you really need for the third season, The World God Only Knows Goddesses. This story introduces Keima’s childhood friend Tenri, who has just moved back to the neighbourhood. It also introduces another Spirit Hunter named Nora. After all this time, Keima has forgotten that he used to go to school with Tenri, and their initial reunion is even more awkward, given Keima’s otaku antisocialism, and Tenri’s extreme shyness. But when Elsie’s sensor goes off, it seems as if Tenri’s harbouring a Loose Soul. But as becomes clear in this story, it’s actually something completely different. But before they can resolve it, Nora appears, taking the case with a wholly more destructive approach to capturing Loose Souls than Elsie’s methodology. 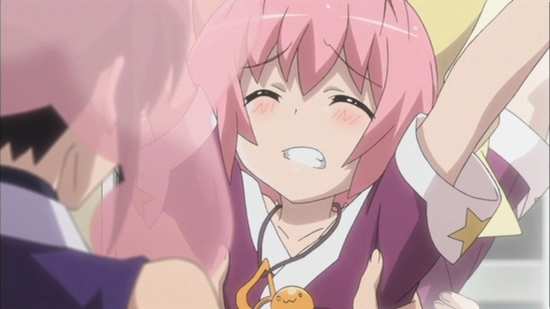