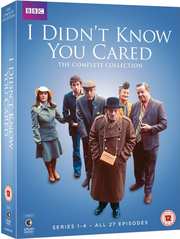 I Didn't Know You Cared - The Complete Collection (DVD Details)

DVD
Happy Ever After - The Complete Series
Related Articles

Article
The complete series of Butterflies comes to DVD this March

Review for I Didn't Know You Cared - The Complete Collection 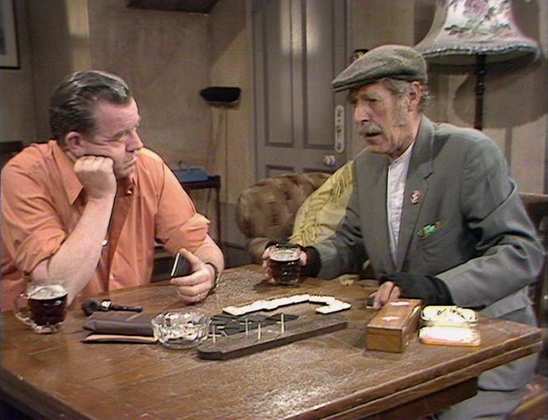 We really do live in a great age. I love owning whole series box sets, especially of classic British sitcoms from the sixties and seventies, unarguably their halcyon years. ‘I Didn’t Know You Cared – The Complete Collection’ is no exception. Even though individual volumes have been previously released, along with a complete series box set, this set, housed in a very smart digi-book pack (my favourite packaging for box sets by a country mile), is really a thing of joy. 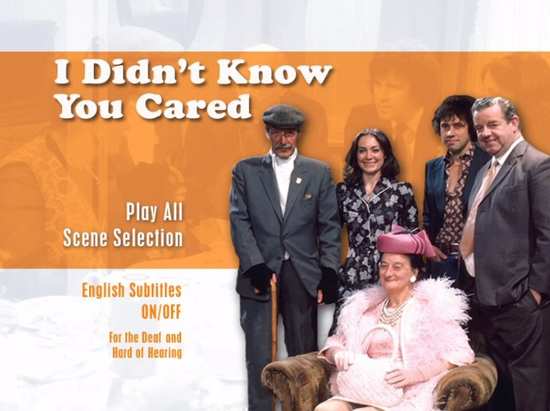 It was first broadcast by the BBC in 1975 and continued as a series, pretty much until 1979, running for four series, with a standard seven episodes per series for the first three, and just six for series four. All 27 episodes (thankfully) survive and are included here and, I’m happy to report, in very fine fettle indeed. In fact, image quality is surprisingly good for a series of this type and this vintage. 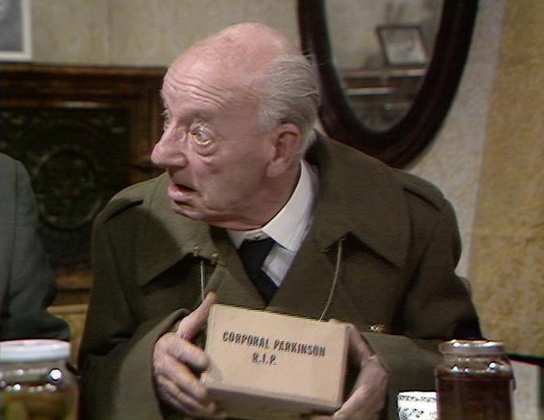 Rather than wading in blind, I would suggest you hold off forming an opinion about the series until you have been well and truly warmed up by Series 1 and 2. The first few episodes of Series 1 are a bit clunky and less than subtle in their characterisation than latter episodes, but the series soon settles to become somewhat less hammy and much more enjoyable as a result.

The series is based around a Northern working class family who appear to be dysfunctional, until the chips are down and deep, if resigned loyalty is revealed. 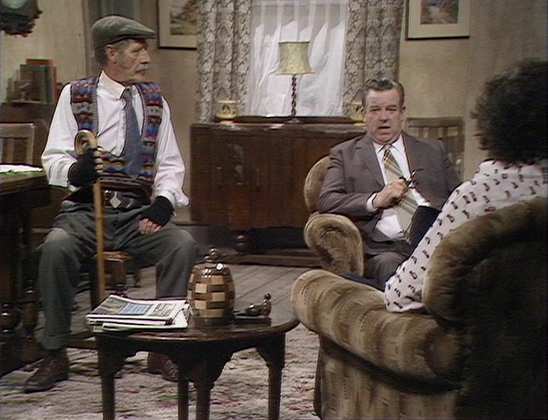 The main characters are Carter Brandon (played initially by Stephen Rea and, in series 3 and 4, more convincingly by Keith Drinkel); his Uncle Mort (Robin Bailey); his mother, Annie (Liz Smith, best known these days as Grandma in ‘The Royle Family’); his father, Les (John Comer ‘The Last of the Summer Wine’); his girlfriend / wife), and Pat Partington (Anita Carey and, in series 3 and 4, Liz Goulding).

Another typically British and slightly surreal member of the cast is and Uncle Staveley (Bert Palmer and, in series 4, Leslie Sarony), best remembered for his catchphrase, "I heard that! Pardon?" and who always appears with the ashes of Corporal Parkinson—one of his comrades from World War I—in a box around his neck. 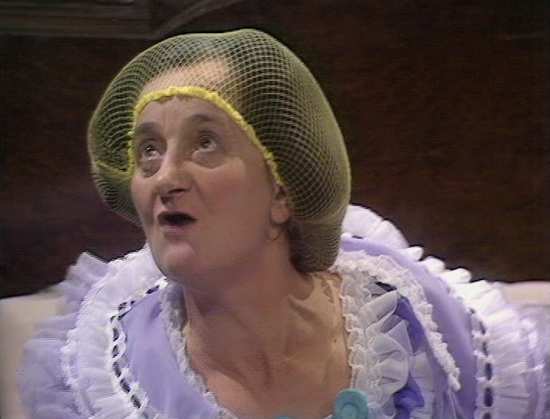 Despite the seismic changes to the cast, with at least half having been replaced by the end of the run, it seems to work. If anything, the latter cast seem better than the originals – a testament to the series’ growth.
Despite its popularity, the series was canned in 1979, though Tinniswood penned a further six series for radio between 1987 and 1996 – with an entirely new cast, and slightly different series titles. 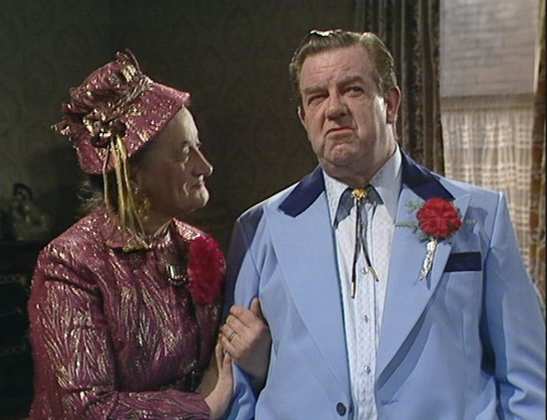 The big question with any comedy is – is it funny? Well, in a gentle way, yes. However, it’s also very dated which, for me isn’t a bad thing. Old TV shows can be a great reflection of their day; time capsules that transport you to another time. This is no exception. Gender stereotyping is rife though the jibes go both ways. 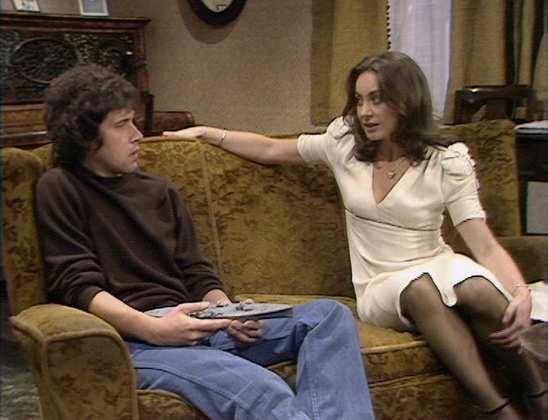 Series 1 opens by introducing all the key characters in the Branson family. True to a tradition of dark Northern humour, the first episode opens at a funeral - Uncle Mort is buying his wife and doesn't seem too upset about doing exactly that. This is gritty stuff.

Once established, the focus is very much on Carter, the drippy young son, who is due to get married to Pat, who despite his protestations, seems keen to get him to settle down. She tries every ruse in the book, including taking him to a new housing development to walk over a plot that could be their future home. But, like his Dad and Uncle, he is both wary of commitment and yet somehow resigned to the inevitable. Though the men do the talking it’s the women-folk who clearly wear the trousers. 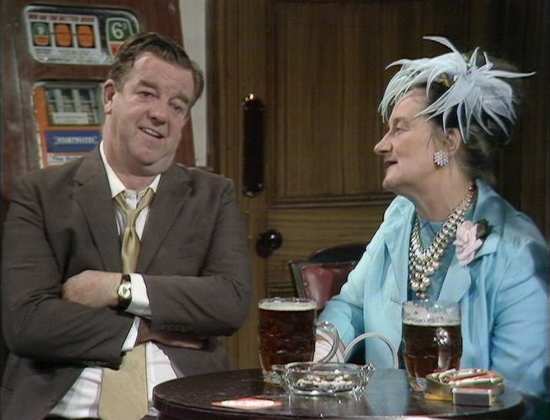 In Series 2, we see Carter coming back from his honeymoon (his Dad neatly avoiding a second honeymoon to celebrate his Silver Wedding anniversary in Series 1) and, like all the men folk in his family, he feels trapped and unable to quite settle down. 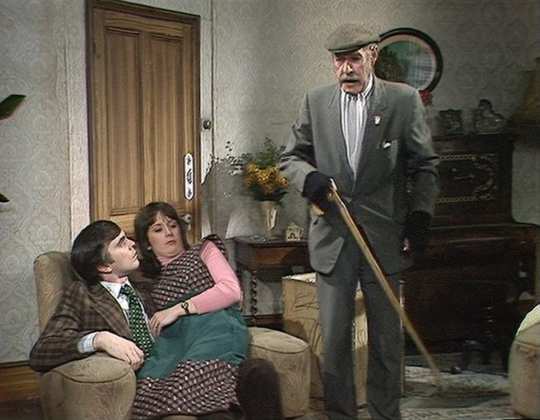 Series 3 sees a brand new Carter (Keith Drinkel) who bears absolutely no resemblance to his predecessor. This time the focus is on his executive career – or lack of it. His wife (again someone new in Liz Goulding is behind him every inch of the way, whether he likes it or not. 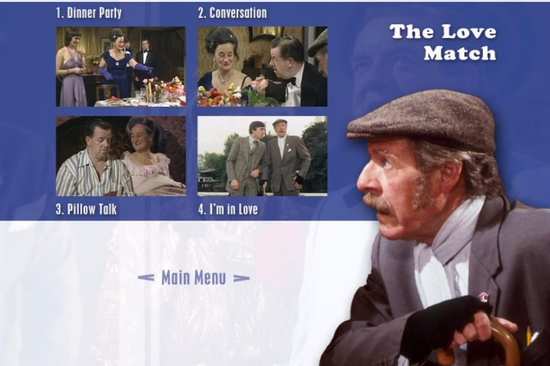 In Series 4, perhaps to shake things up a bit, the Brandon's get a lodger; Pat strikes out for women’s equality with her executive position and a trip to Europe – very exotic! Uncle Mort, a constant drear presence throughout the series with his old fashioned Northern ways, is getting ready to re-marry, having buried his first wife in the first ever episode (and showing no regret – even admiring the soil around the grave as being decent for growing vegetables). The humour is often harsh, occasionally shocking and all very ‘Northern’.

Throughout the series, many cups of tea are brewed, Eccles cakes eaten and socks darned. It’s all marvellously entertaining and highly recommended.