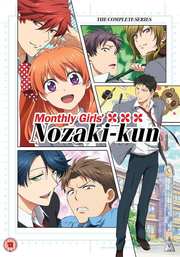 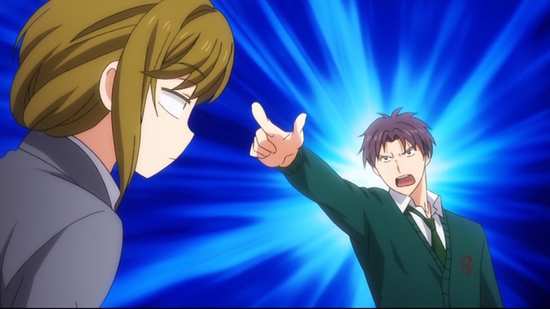 High school romantic comedies are not my favourite genre (sub-genre?) of anime. I’ve seen some I’ve enjoyed but, unless there is some kind of supernatural or sci-fi twist to them, they really don’t appeal. All that cutesy girl in pony-tail blushing and cooing at some, usually tall, usually quiet young man just doesn’t really float my boat. So why did I watch ‘Monthly Girls’ then? 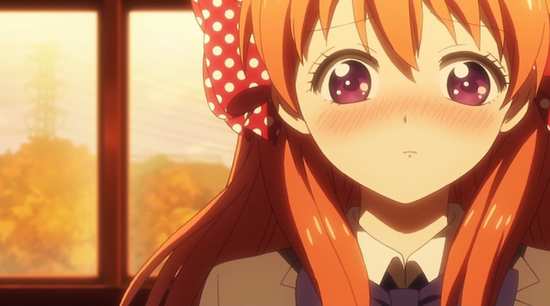 Well, frankly, I probably wouldn’t have, had it not been sent me by fellow reviewer and anime expert Jitendar Canth. To be fair, he’d doubled it with the really excellent ‘Beck’ so I can’t complain. Now, having watched it, I have to grudgingly confess to having enjoyed it after all, though I can’t quite put my finger on why. It may be because it has heart, and plenty of it. Or maybe the humour started to get to me. I don’t know. Whatever its magic, this show turned out to be pretty decent after all. Sadly, I just don’t have time to pen the detailed review this series deserves (and would have got had Jitendar been at the helm – sorry folks!) but this should at least let the casual reader get some idea of whether it’s worth acquiring or not. 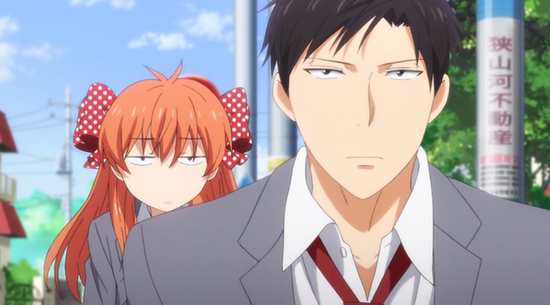 But before I get (briefly) into what it’s about, I’d have to say that this is literally one of the least ‘moving’ anime series I’ve seen in a long time; it seems to almost hark back to the Speed Racer / Marine Boy years where, despite its rich and painterly backdrops, the picture barely moves. There are lots of shots where just the thin line of a character’s mouth moves in synch with the dialogue. It’s as near to a moving comic as you can imagine – and given its subject matter, that may have been a creative decision rather than an economic one. 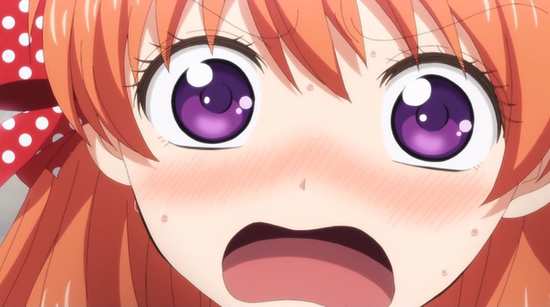 A young high school student, pony-tailed Chiyo Sakura has a crush on an enigmatic and much taller school-mate, Umetarō Nozaki. In a nervous encounter, when she’s ready to confess her love for him, he seemingly gets confused and, believing that she knows he is none other than a popular manga artist named Sakiko Yumeno (his pen name), he gives her an autograph, leaving Chiyo comically perplexed. 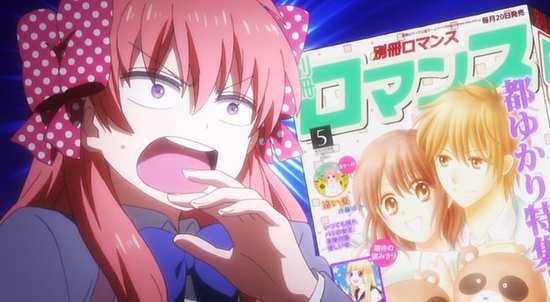 As the confusion continues, and with her still not getting it, he invites her to his house to help with some drawings. She is actually very able to help and before long the two are comparing ideas to further develop a romantic serial which he is working on. Other schoolmates enter the narrative, and indeed provide the real-life inspiration for the manga stories too.

Despite being positively artful at manga romance, it turns out that Umetaro is a little thick-skinned in real life, really not having a clue as to how relationships work. 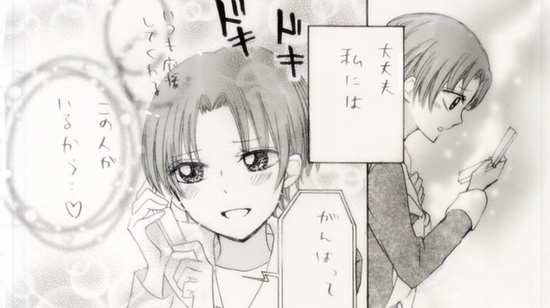 Other strange assistants, illustrators and editors add to the cast of this fun series and Umetaro continues to borrow ideas for his works from everything that goes on around him.

The insight the series brings to the penning of manga is something that fans will really like about this series. It’s actually rather clever, and possibly more so in its original manga form, where the story wraps a manga within a manga – or something like that. It’s perhaps this more than anything else that elevates the series above the standard high-school rom-com anime. 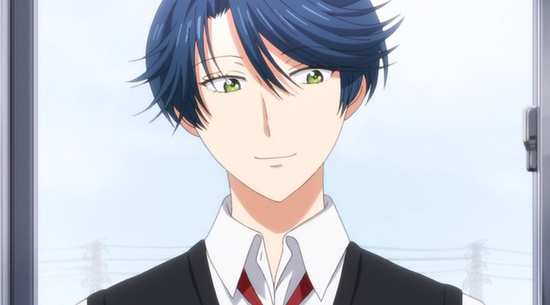 None of the characters here strictly adhere to their supposed stereotypes either – another playful twist. One great example is the apparently uber-cool illustrator assistant (he does floral backgrounds) to Umetaro who seems to be a completely callous charmer, only to get crushed by total embarrassment at even the remotest hint of someone responding likewise. 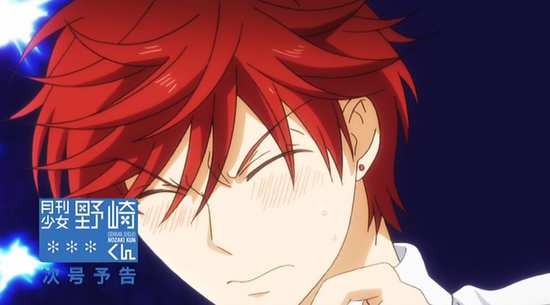 With just 12 episodes to view on two discs, and running at under 23 minutes an episode, it rattles through in no time and, yes, I think it probably does have re-watch qualities, despite its surface frothiness. I guess it’s just fun escapist entertainment after all. 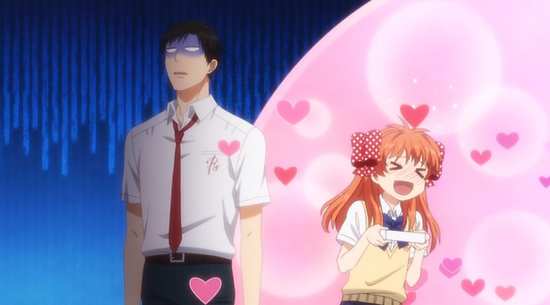 Apparently there is a concurrent ‘premiere’ release with a Blu-Ray version all housed in a limited edition box set which also houses a three disc soundtrack collection. I barely noticed the score but I guess it may be worth checking out. Certainly the opening and closing themes are fun.
A complete episode guide can be found here though be warned, they do contain spoilers.

Not for everyone this but if you like good fun, quite funny, escapist rom-com anime then you could certainly do a lot worse.