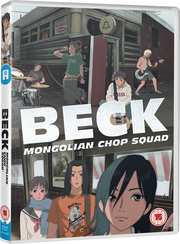 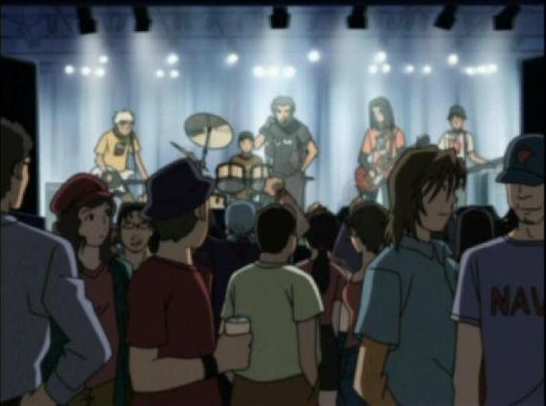 When the mighty Jitendar Canth, one of the UK’s most respected anime commentators, recommends an anime series for me to review, it rarely disappoints. ‘Beck – Mongolian Chop Squad’ is one such series. Although it first aired on Japanese television back in 2004 (with the series getting a DVD release in 2005), it still feels fresh and vibrant in the way that a teen ‘coming of age’ story needs to do. In fact, for me it was the best possible coming of age theme, reflecting my own to some degree, even showing its punk credentials in the end credits with images of John Lydon and Patti Smith (with ‘Burroughs’ scrawled behind her), making me love it from the start. 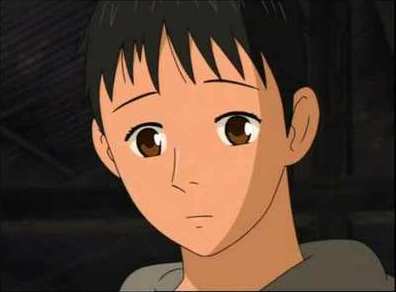 So I believe this is the first time the series has been available in a single, highly affordable 26 episode box set, hence the new release and this review. Serious anime fans should, of course, check out Jitendar’s reviews of the first five individual releases here back from the day when these shipped as single discs with just three or four episodes per volume. So here they are: One, Two, Three, Four, and Five.

If, having read those reviews, you’d care to read the views of a casual, occasional anime viewer then by all means, read on. 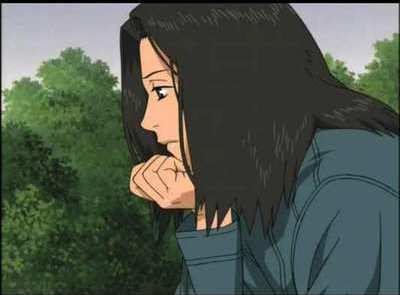 I should start with a note. Even though this is a music focused series, it has nothing whatsoever to do with the artist known as ‘Beck’. This is all its own thing. 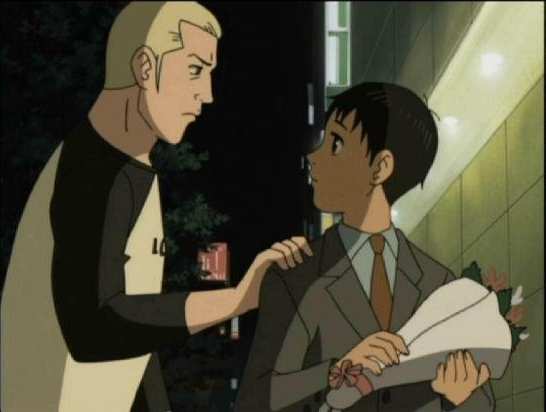 Yukio Tanaka is a likable if innocent youth, who is anything but cool, despite having long been friends with one of the prettiest girls in the school. Having hung around with nerds and geeks for most his secondary school years, a chance meeting reveals a whole new world of possibilities.

Beguiled by the effortless cool of Ryusuke, a very cool musician type who also lived for many years in the USA, the spiritual home of Rock n’ Roll, Yukio is awakened to the endless possibilities of music beyond Pop. Discovering punk, rock, hip-hop and grunge for the first time, as well as the potential to have girls notice him at last. 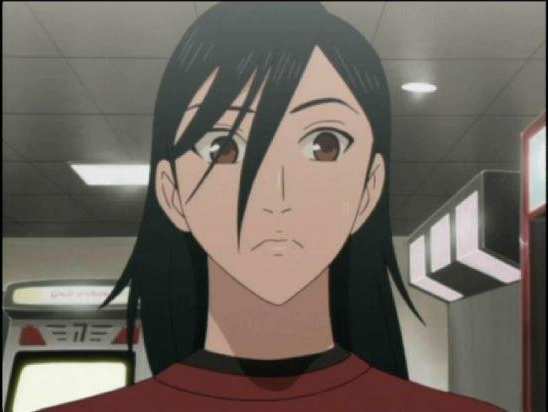 Yukio sets about learning to play guitar, finding an unlikely tutor in the form of a middle-aged neighbor who patiently takes him through the ropes, and much time is dedicated to Yukio’s slow but steady progress and the pain he endures to get there (the sore fingers being something I could definitely relate to.).

In the meantime, Ryusuke, upon the break-up of his band, is determined to create the ultimate band line up. Much of the first half dozen episodes are given over to character development – Yukio’s slow and clumsy transition to cool (with a few upsets along the way; not least breaking Ryusuke’s favourite guitar, or so he thinks) and Ryusuke’s quiet cool, even when facing danger, like when he takes on a local gang of thugs only to reveal that the gun he is packing is a toy one. 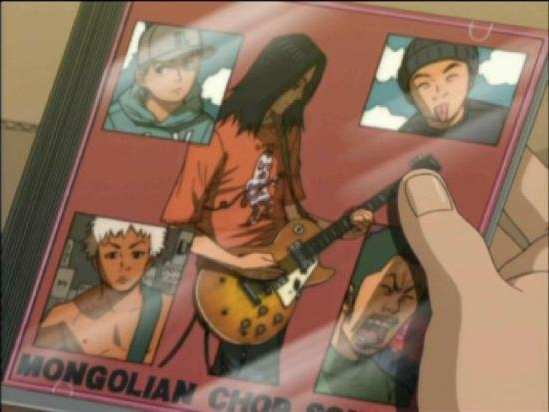 Eventually a really great band falls into place around Ryusuke with Yoshiyuki Taira on bass, Tsunemi Chiba on vocals and Yuji Sakuri on drums and … well, I don’t want to spoil it but you guessed it anyway, Yukio on rhythm guitar. Despite the limitations of his guitar playing, he’s also a very good singer and he’s soon sharing vocals with Chiba. So Yukio becomes a full time member of this new band – Beck – a rock-rap group, a little like Rage Against the Machine, delivering some great licks that look set to be huge. 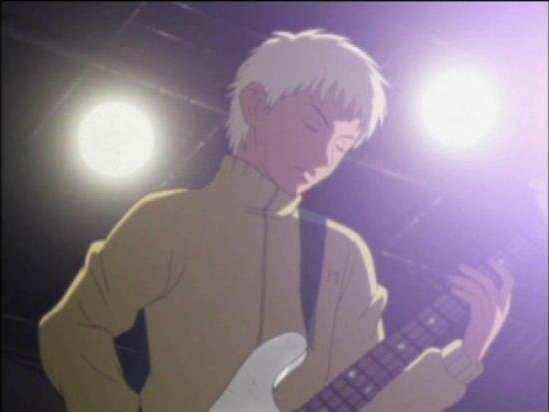 So the scene is finally set, about half way through the series, to turn the show unapologetically into a series about a band and all the fun and games they go through to progress their popularity.

Whilst the first half of the series is all about the band getting together, the second half focuses more on the trials and tribulations they must go through in order to get noticed. In some ways, this is less of a story, but from a rock n’ roll perspective, a lot of fun. 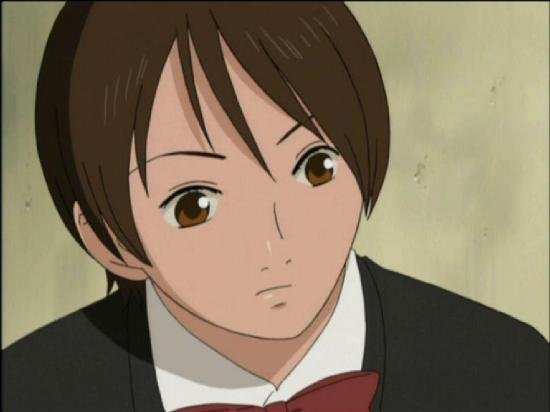 The plot’s development is slow and steady, as is the depth of characterization, and it’s perhaps this pace that makes the whole thing feel believable. For me the best bits are the concerts where, despite the inevitable limitations of the animation, the atmosphere of both small, dingy venues during the early parts of the series, and later the large scale concert halls with elaborate lighting and huge crowds. It’s done so well that we should be in no doubt that the original manga author, Harold Sakuishi, must have spent time in bands himself during his younger years. 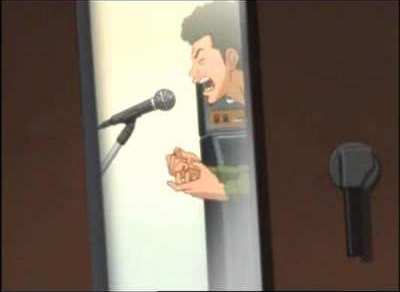 All the music, whilst occasionally a little cheesy, is pretty good and by the end, having heard the catchy opener and ending themes some 26 times a piece, you’ll certainly be able to sing along. Even better, you can hear them whenever you want, free from any episode content, as all three key tunes are available as extras on the disc, along with cast and crew commentaries on (just) three episodes. 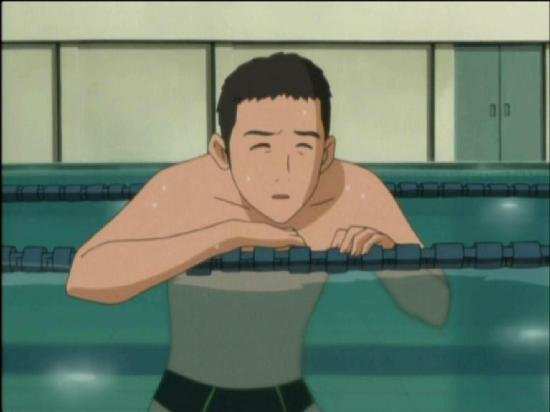 As ever, I watched the series with the English dub (sorry Jitendar!) which I thought was very apt.

If you like anime and you also like music the you’re going to love Beck. Despite being a decade old, it seems as fresh as a daisy and you’ll rattle through its 26 short episodes (if you take the front and back titles out, about 20 minutes is left per episode) in no time. Another reminder of just how good anime can be. I loved it. Even more significantly Jitendar loved it. So what more convincing do you need? Great stuff.