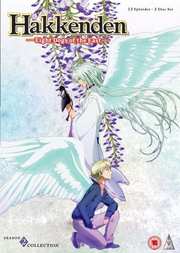 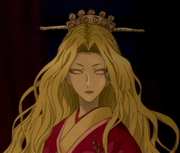 Review for Hakkenden - Eight Dogs Of The East: Season 2

Season 1 of Hakkenden: Eight Dogs of the East certainly didn’t enthuse me; one of those shows where the story takes a back seat to the aesthetics, all aimed at a target audience of which I’m not a member. Just like Hakuoki: Demon of the Fleeting Blossom, this show’s predominantly elegant male cast, and its supernatural tale is aimed more at female anime fans. For me, a good story is a good story, regardless of who the show’s aimed at, but Hakkenden’s first series saved its hook for the last couple of episodes of its run, just enough to finally wake me up. If the second season is to redeem a rather lacklustre first, it will have to take that story hook baton and really run with it. As you might guess, I haven’t been looking forward to season two of Hakkenden: Eight Dogs of the East. 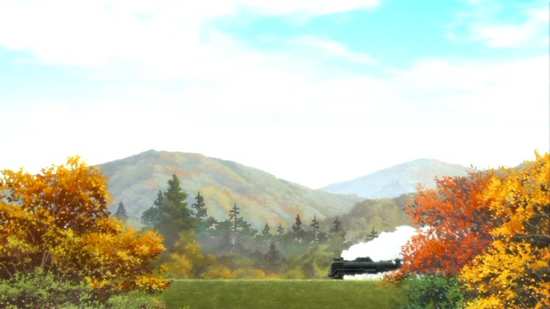 Five years previously, the village of Otsuka was destroyed in a fire following a plague, with only three survivors, a girl named Hamaji, and two boys, Sosuke Inukawa, and Shino Inuzuka. They now live in a church on the outskirts of a neighbouring village, shunned by the villagers as carrying the curse of Otsuka. Normally you’d put that down to superstition, but in this case, such fears may be warranted. To survive the disaster they had to make a deal which drastically changed them, and they are now prone to supernatural attention. Even the more kindly of the local villagers are liable to be targeted by a demon or something if they stay too close to the children. And they aren’t the only ones with an interest in the survivors of Otsuka. When Hamaji is kidnapped, while Shino and Sosuke are dealing with a demon in the forest, they wind up travelling after her to the Imperial Capital. It turns out that she’s a guest of the church there, and one of the deans, Rio Satomi has a mission for Shino and Sosuke, to find six others just like them. 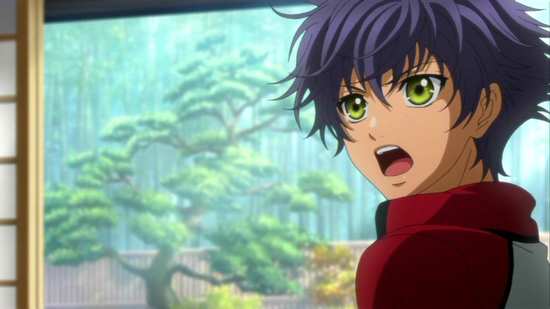 Thirteen episodes of Hakkenden: Eight Dogs of the East Season 2 are presented across 3 DVDs from MVM, while the series is also being released on Blu-ray. 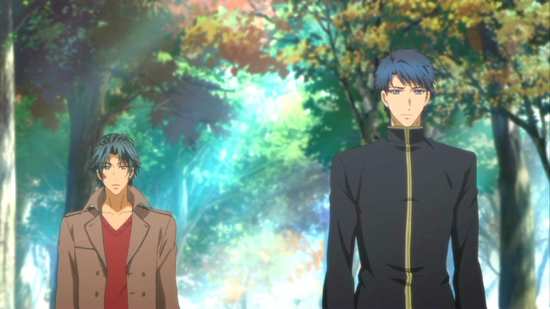 Hakkenden gets a 1.78:1 anamorphic NTSC transfer on these discs, which Sentai in the US have encoded progressively for compatible equipment (MVM use the Sentai masters for the Region 2 release). The image is clear and sharp throughout, with no significant issues with compression or banding. It’s a fantasy mish-mash of several periods, a little bit modern, a little bit Edo, a little bit steampunk, but the production design never really sparkles or inspires. It’s a fairly standard supernatural show with plenty of pretty boy character designs. You only need one look to guess which audience demographic this show is aimed at (not mine). 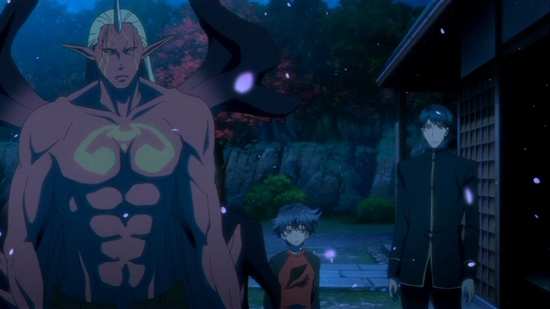 You have the choice between DD 2.0 English and Japanese stereo, with optional subtitles and a signs only track. I went with the Japanese audio as always, and was satisfied with the usual generic character voices for the usual character stereotypes, although credit is due for the voice actor who voiced both Sosukes, as he managed to create two different characters who are superficially the same person. The action comes across adequately, the music suits the show well, even if it doesn’t stick in the mind and there are no issues with glitches or dropouts. I gave the dub a quick try, and had to turn it off again. It seems as if all the characters except Shino speak with the US equivalent of Received Pronunciation. It sounds silly to me. 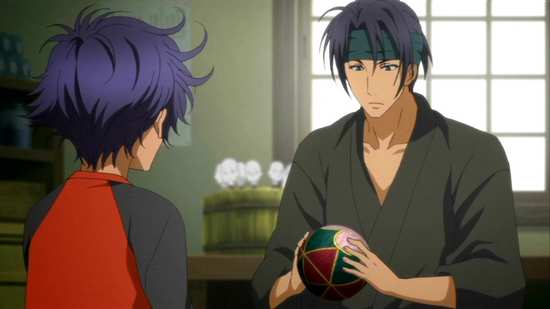 The discs present their content with static menus, and jacket pictures. Each episode is followed by a rather long translated credit reel (over two minutes).

Disc 2 has the textless credits. 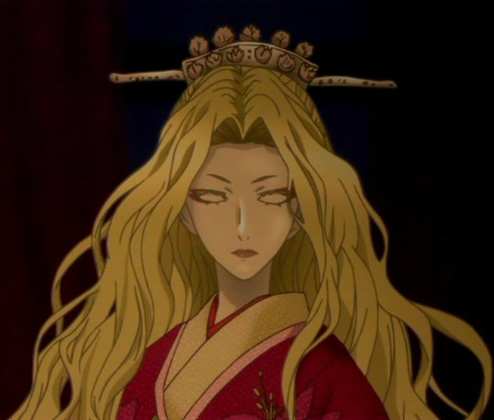 I actually watched the final episode twice in a row. That’s not a good thing, given that I slept through it the first time around. That wasn’t the only episode that sent me into slumberland. I’ll keep it short, as writing about Hakkenden is just as dispiriting as watching it. I wanted the second season to redeem the first, to build on that fleeting promise that the final episodes of that first season offered. It didn’t. Instead Hakkenden Season 2 merely offered more of the same, and I’ll refer you to that first season review to see just what problems also plague this collection of episodes. 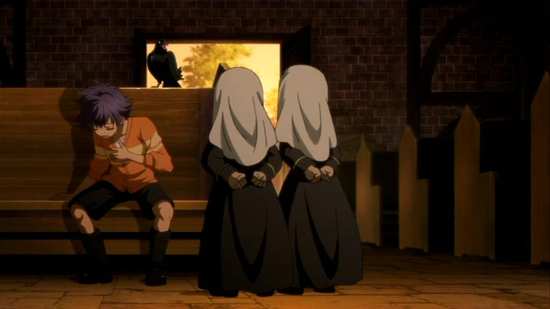 I was bored... For all its epic story promising action, mystery, and supernatural intrigue, Hakkenden just didn’t have the writing chops to deliver. Its story, the things the characters go through, their triumphs and failures, all seem unearned. The most obvious issue is its main premise, with Sosuke and Shino on a mission to find the other six bearers of the odd birthmark, the holders of the sacred gemstones of the Princess Fusé legend. Only there’s no searching involved. They all bump into each other by coincidence. It’s like grabbing a random stranger off the street, and finding out he’s your long lost twin brother, only it happens six times in this show. Shino and Sosuke get sent on an errand to pick up a doll, only the doll maker turns out to be one of the destined eight. They go to an elementary school to investigate a boy, who was spirited away and then returned years later, not having aged. The person they ought to be looking at is the kid sitting next to him in class. Then there’s Dosetsu conveniently finding his sister after several years. 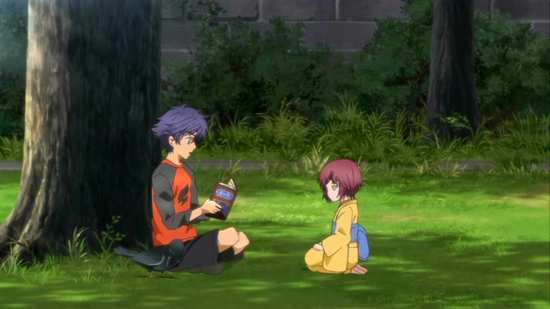 The end of the series is also wholly unearned. I’ll try not to be spoilerific, but a main character gets put into some degree of jeopardy, when his innate supernatural abilities run out of control. After a whole lot of destruction and chaos, the threat subsides, just because. There’s no narrative rhyme or reason as to why things happen in Hakkenden, they just do, and that is so unsatisfying to watch. Major events also tend to happen off screen. They come back from a mission to learn that one of their number has suddenly developed a third, evil eye in the middle of his forehead. No explanation is forthcoming. 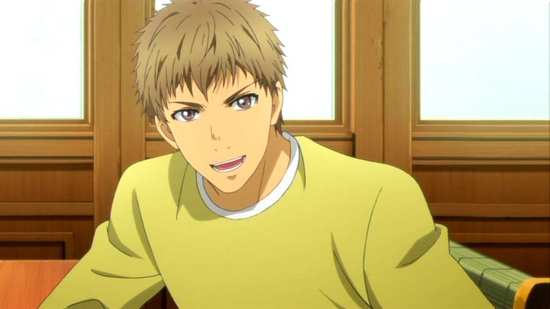 Some of the individual stories are okay, watchable enough, as long as you ignore the bigger picture. I quite like Kaho’s tale, a blind girl from the red light district who becomes friends with Shino. There’s also Shinobu’s tale, the one they weren’t looking for in the Spirited Away story, but who himself was found and raised by tengu, supernatural goblin creatures. But I get the sense with Hakkenden’s supernatural stories that it really wants to be something like Mushi-shi, offering something strange and different with each story, almost an anthology were it not for the main arc. But it lacks the chops for this in terms of narrative, character, and most of all aesthetic. 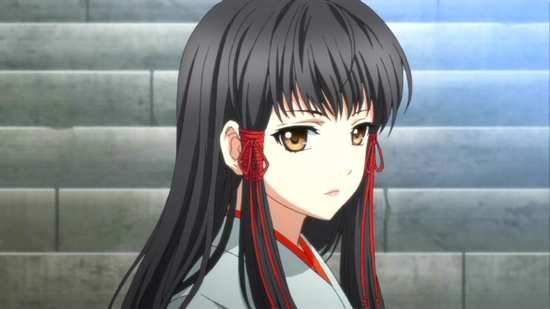 In the end, the story doesn’t conclude either. The final episode may be a climax for the series, but it’s all left open-ended. The eight ‘dogs’ of the tale may have come together, but any story revelations that may have dropped during the series were unsatisfying and incomplete, reset buttons to the story were pushed willy-nilly, and the to-be-continued feels more like a slap in the face rather than something tantalising and anticipatory. There are better shows out there than Hakkenden for its target audience. Try Hakuoki.