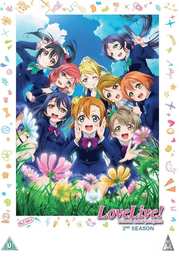 One of the hassles of reviewing to release dates (or as close as I can get), is that most times it’s impossible to revisit the original series to refresh the memory, when a sequel shows up for review. It can be mitigated by just re-reading an old review. That certainly helped when I took a look at Kamisama Kiss Season 2 recently, but sometimes it’s not enough, as I found out when I started watching Psycho Pass 2, and I felt thrown in at the deep end. But once in a while serendipity works out in my favour. I do indeed get the time to revisit the first series, or as in the case of Love Live, I had to revisit it, as just last month, MVM re-released Season 1, with a newly added English dub. Hot on the heels of that, we are getting Season 2, and that’s going straight to dub and sub. I’m am ready, memory refreshed, to take in the second season and the musical adventures of Honoka, Umi, Kotori, Rin, Kayo, Nico, Maki, Eli, and Nozomi. The downside is that while Season 1 initially got a sub-only DVD Collector’s Edition before last month’s release of the standard sub and dub DVD and the Collector’s Edition Blu-ray, there’s no Collector’s Edition DVD release for Season 2, it will be just standard DVD and Collector’s Edition Blu-ray, one of those annoying shelving niggles. 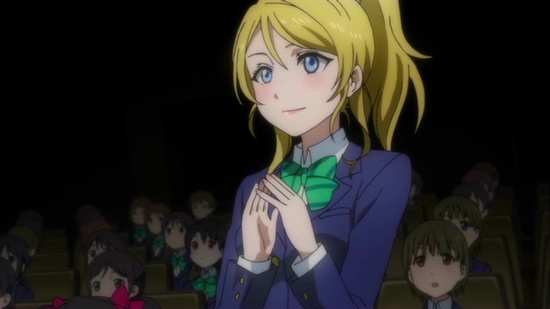 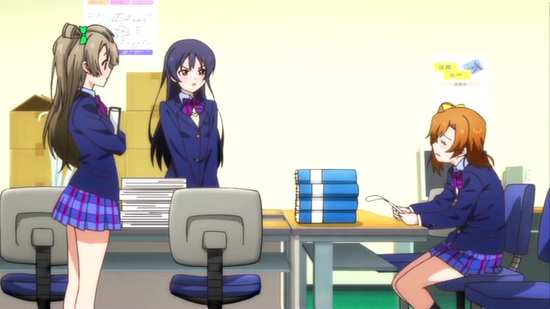 At the end of season 1, the girls had managed to save their school from closure, and they didn’t even need to enter the Love Live contest. But as Season 2 begins, the show’s popularity means that another Love Live has already been scheduled. Not that Honoka is too enthused by the prospect. She’s snowed under with work, having been recently elected Student Council President to succeed Eli, and she doesn’t initially think that it’s necessary for μ’s to enter. It’s when she realises that for the third years, Nozomi, Nico and Eli, it’s their last chance to shine as idols before they graduate, that she is inspired to take μ’s all the way to the top. It won’t be easy, as they’re up against the biggest school idol group around, A-RISE. 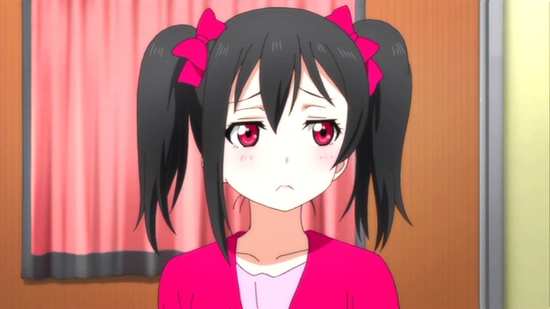 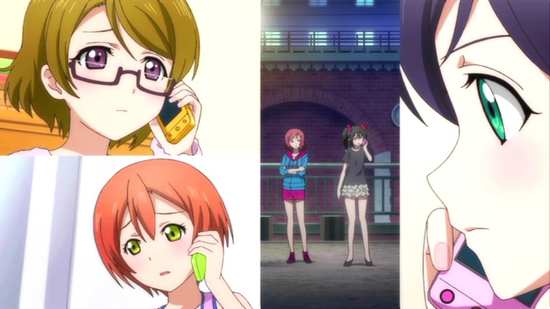 These discs appear to be sourced directly from NISA in the US, and are in the original NTSC format, encoded progressively on these discs, but they have been localised for Region 2/4 by Madman (NISA trailers stripped out, Madman and MVM logos applied. The 1.78:1 anamorphic image is clear and sharp throughout, with strong colours, and a bright and vivid aesthetic to the character and world designs. In terms of design style, it’s pretty standard anime fare, but the quality of the animation is detailed and expressive, and the characters are all individual and memorable in their own right, perfect for the fan that will latch onto their favourites, and buy all the tie-in merchandise. This is one show that will switch from 2D traditional to 3D CGI cel-shaded for the music videos, the same way that Super Sonico handled its music video sequences, to better animate the complex choreography of the dance moves, although in terms of maintaining character consistency when it comes to facial features, Super Sonico does it a little better. One issue is 2 seconds of pixellation, between 12:34 and 12:36 during episode 8, and there are further, shorter instances of pixellation that I noticed close to the end of episode 12. This is an annoyance that can only be solved by Blu-ray. 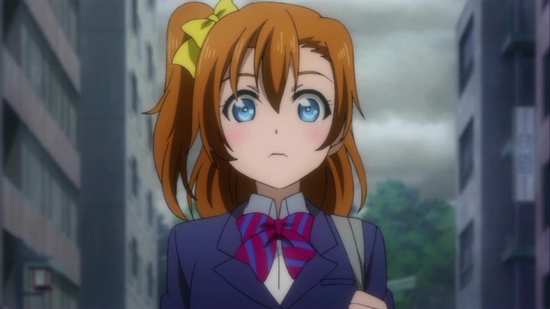 You have the choice between DD 2.0 English and Japanese, with optional translated subtitles, and a signs only track. This being an NTSC release, the audio is present at the correct pitch, and with no need for PAL speed-up to mar the music. I went back to the Japanese audio after trying the impressive dub for Season 1. From what I sampled, the dub on Season 2 is of the same standard, but I really prefer the original language audio, and it was fine on this release, with no glitches or drop-outs, the actors cast well for their roles, and the all important music coming across with impact. The subtitles are timed accurately and are correctly formatted in a discrete, white font. 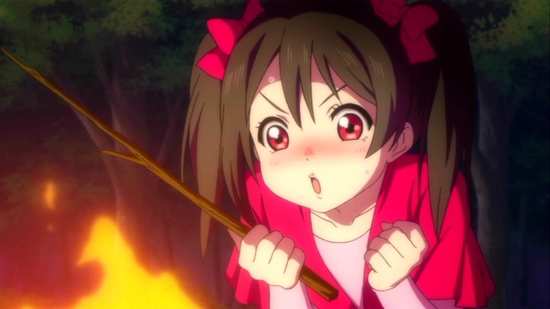 The discs present their contents with static menus.

All of the extras are on Disc 2, including the textless opening, 9 textless closings (different arrangements of the end theme, not different animation), and three original Japanese promos for the show. 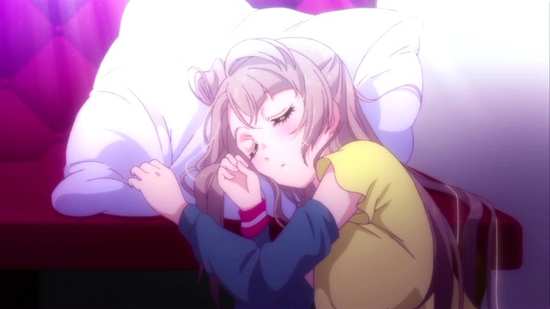 At the time of writing, last Saturday I was faced with a choice. I could watch the Eurovision Song Contest, a grand exposition of disposable pop music, performed for national pride, or I could watch Love Live! Season 2. There’s an irony there that I’d much rather not contemplate. Suffice it to say I went for the animated song contest instead of the live one, and I don’t feel hard done by. Besides, Love Live isn’t just about the music, it’s also about cute girls doing cute things, the lifeblood of any self-respecting anime fan in the 21st Century, and Love Live does it pretty well, although there is one, notable music oriented anime that does it a lot better. 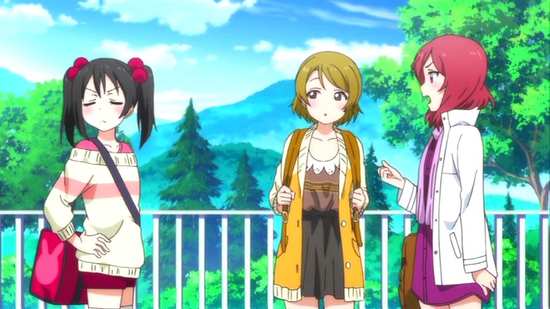 It’s easy, and indeed appropriate to wheel out the ‘if you liked season 1, then you’ll like this’ cliché, as Season 2 picks up where the first left off. It also delivers on the title. Season 1 saw μ’s attempt to succeed at the Love Live contest in order to keep their school from closing down. However, the goal of the group was saving the school, not winning the contest, and despite falling at an early hurdle, they did indeed manage to save the school. It satisfies in terms of narrative; you get the appropriate emotional crescendo at the end of the season, but if you’ve been sold on the Love Live concept of a high school girl idol group song contest, then Season 1 might have been a bit of a disappointment. Season 2 however isn’t, as the girls get to go to Love Live and compete to see who the best school idol group in Japan is. 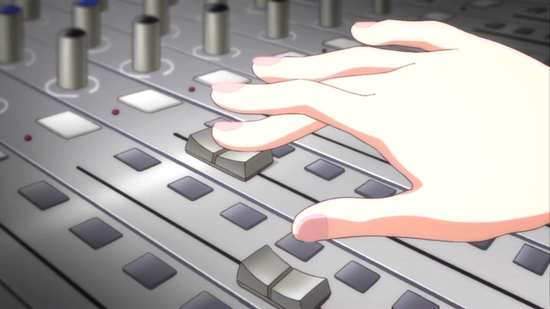 That’s thanks to a little narrative trick, given that Love Live isn’t an annual contest. It’s just that the last contest turned out to be so popular, that they went and scheduled another one for the following Spring. This is important, as μ’s are a group made of up 1st years, 2nd years and 3rd year students, and come April, the 3rd years will have graduated. A big aspect of the story in season 2 is the impending graduation, the realisation that Nico, Eli and Nozomi will be leaving, and having to face the inevitable changes that will come to their group. 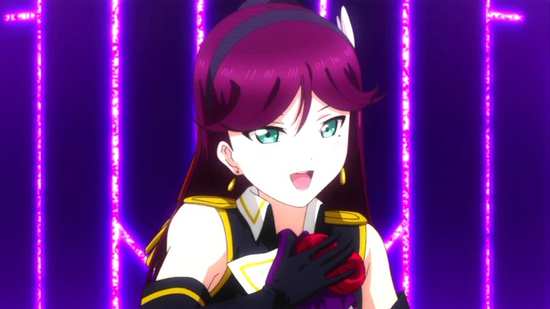 There are three musical goals to aim for in this season, the preliminaries, the final preliminaries, and the grand final itself, as this time there’s also a degree of rivalry with Tokyo’s number 1 school idol group, A-RISE. You can expect a nicely animated musical number on a regular basis. In between, it’s the usual light character comedy, with episodes focusing on various members of μ’s. Against all rational sense, Honoka has been made school council president at the start of this season, succeeding Eli and Nozomi, although it seems that it’s Honoka’s friends Umi and Kotori who do the heavy lifting of constantly reminding her to do the work. 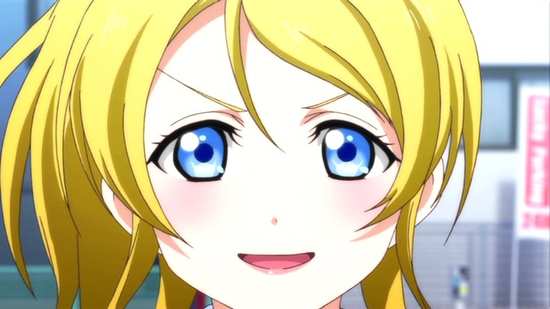 There’s a nice Nico episode where we get to meet her adorable siblings, Rin gets an episode where she has to work through her tomboy tendencies and find her girlie side, in one episode Honoka and Kayo find that they have put on weight (lethal for a school idol, probably worse for an impressionable young, body-conscious anime fan), and there’s the difficulty of getting to a concert during a blizzard. It’s all, light, fluffy and fuzzy good feelings from beginning to end. 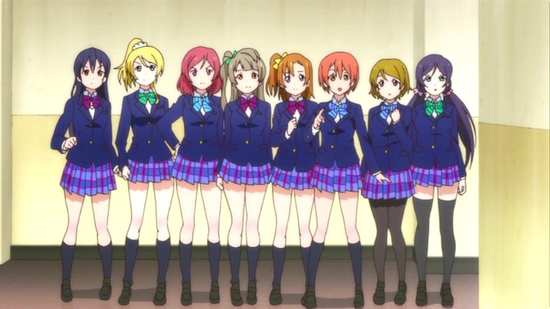 The final three episodes really do ladle on the schmaltz though, which makes this series drop down in my estimation compared to Season 1. As mentioned before, it’s all about the Love Live final, the last chance for μ’s to hit the big time, before their 3rd year members have to graduate. And as the finals approach, the show really overdoes the sentimentality, keeps reminding the viewer that win or lose it will all be over for μ’s at the end of this series, and it is all... so... tragic! For the last three episodes, it seems that the girls are always on the verge of tears, and there is that inevitable moment when hysteria over their impending goodbyes overwhelms. And then Love Live milks it some more. When it comes to tearful farewells, this show has more endings than Lord of the Rings: The Return of the King. Until the last minute reprieve of course. There’s still the Love Live Movie to promote after all! 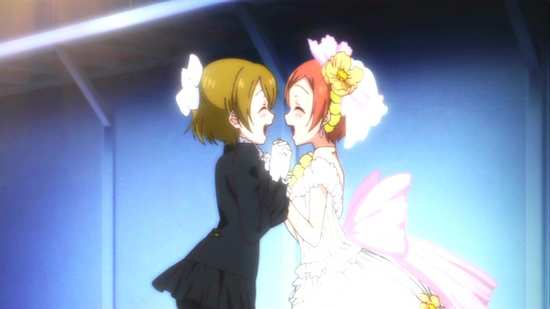 The sugary sentimentality at the end of this show might give you toothache, but Love Live is still an entertaining and enjoyable show. It’s just that I can’t help but compare it to K-On!, which is in a whole other league when it come to characterisation and storytelling. It too had its arc about graduating third years, and with poor Azusa being left behind, but it told its story far more elegantly, conveying the sentimentality and emotion without being obvious about it. K-On! is by far the better of the two shows, but Love Live is fun in its own right, and there’s no reason you shouldn’t have both.