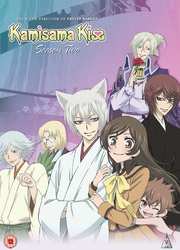 The first season of Kamisama Kiss was a pleasant diversion when I reviewed it last year. The return of director Akitaro Daichi to the UK anime scene, better known for Fruits Basket, turned out to be a likeable anime comedy, the kind of romantic hijinks that you might find in a show like Ah My Goddess, a fair degree of reverse harem, and a refreshing absence of fan service. Now that season 2 is here, MVM are also releasing it on Blu-ray, which should be good news. It’s just the small niggling issue that Season 1 was a DVD only release. It’s an exceedingly small issue, as both Madman in Australia, and Funimation in the US did release Season 1 on Region B friendly Blu-rays. On top of that, Funimation will soon be re-releasing Season 1 on their budget label (although it might be worth checking that they haven’t re-authored the discs as locked to A for that one). Either way, importing season 1’s Blu-ray is an option if you really want this show in all its HD glory. For the purpose of this review, I’m looking at the DVD discs again. 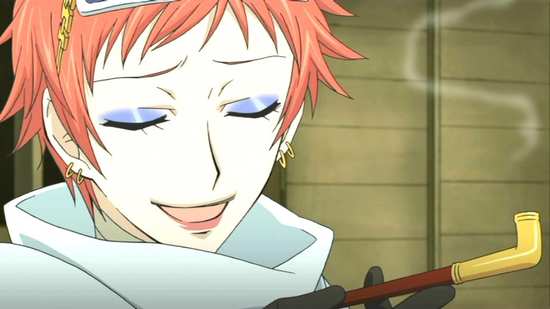 Nanami Momozono (aged 17) is the unlikely protagonist of the show. She should have had a normal, high school life; only her father was an inveterate gambler who got into debt, and then scarpered, leaving her having to face his debtors. Which is why she wound up evicted, on the streets. There’s always someone worse off, and when she runs into a man named Mikage, whose fear of dogs has left him treed, she comes to his rescue, and the two share their hard luck stories. In gratitude for rescuing him, he tells her of a place where she could get a roof over her head, and even gives her a kiss on the forehead, more of a blessing... 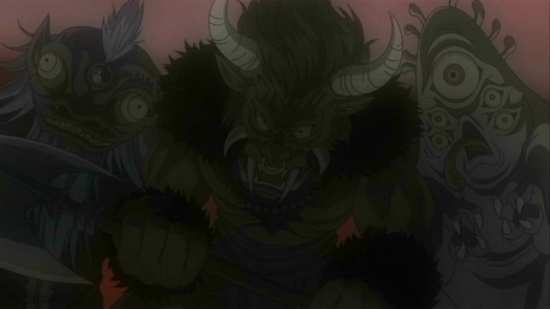 Actually it was a blessing, as the place he points her to is actually a shrine, and she’s welcomed (initially), by a fox spirit named Tomoe and two minions, Onikiri and Kotetsu. Mikage was originally the god of the shrine of matchmaking, only he left two decades ago, an abandonment that his familiar Tomoe has taken personally. That blessing means that Nanami is now the god of the shrine, and it’s her responsibility to maintain its upkeep, and answer penitent worshippers’ prayers. But if Tomoe can’t countenance a mere human becoming a god, how can the rest of the supernatural realm? Nanami will have to make Tomoe her familiar if she’s to get his obedience, and keep her new roof over her head. Balancing being a god and being a high school student is something she never expected to do. 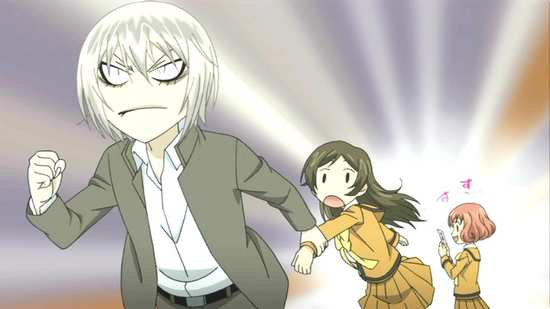 In season 2, Tomoe and Nanami continue to wrestle with the unlikely difficulties of a potential relationship between a human turned goddess, and a yokai demon turned divine familiar. But trouble from Tomoe’s past is looming, as back in the day when he was a hell-rousing yokai, he used to run with a bloodthirsty demon named Akura-oh. Akura-oh was caught and trapped in the Netherworld, but eventually his spirit escaped when a dying human passed through. He now lives as this human, Kirihito in the human realm, plotting with his familiars to somehow regain his immortal corporeal body from the Netherworld. But then he learns that his former ally Tomoe has been ‘domesticated’ and is now the familiar of an unlikely goddess. Things are about to get a whole lot more complicated for Nanami. 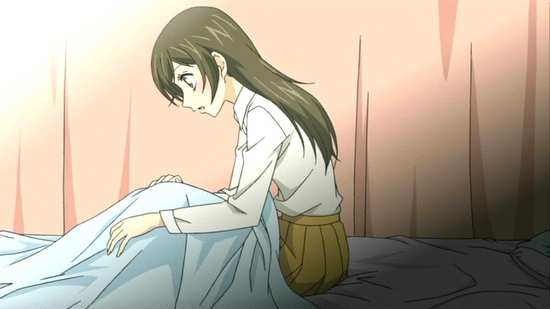 Twelve more episodes of Kamisama Kiss in season 2, plus extras are presented across two DVD discs from MVM. As mentioned, Season 2 is also available on Blu-ray. 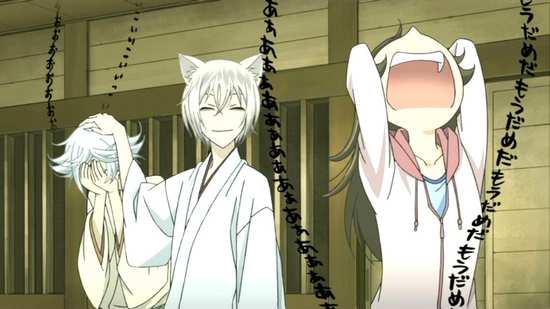 Kamisama Kiss gets a 1.78:1 anamorphic transfer in NTSC format. Fortunately, it’s a recent title, which means it gets a progressive conversion too. With compatible equipment, you get smooth 24fps playback which is the best way to watch the show on DVD. The image is clear and sharp throughout, with no visible compression, but this does look like one of those Funimation releases where they’ve tinkered with the brightness, with blacks looking greyish, and banding becoming more prevalent. The animation is comparatively simplistic next to other recent shows, and you can draw comparisons with Fruits Basket when it comes to the simpler character designs, pretty girls and elegant males, and straightforward backgrounds. But the point of the story does come across with style, flourish and individuality, and you can see that this is simplicity as a creative choice, not simplicity enforced by a low budget. Kamisama Kiss is a very appealing show to watch. 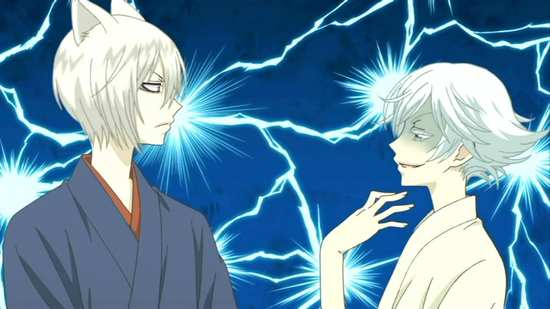 You have the choice between DD 5.1 English in a show that doesn’t really need a surround expansion, and DD 2.0 Stereo Japanese. The dub has a degree of naffness to it that is beyond the norm, and it is really better to stick to the original Japanese and read the subtitles. It’s one of those cases where the English dub cast try to match the Japanese voices too closely. But I was happy enough with the Japanese audio; the white subtitles were timed accurately and free of typos while the dialogue was clear throughout. Kamisama Kiss also gets some quirky music, both in the theme songs and the show’s soundtrack, which really sell its singular aspects. 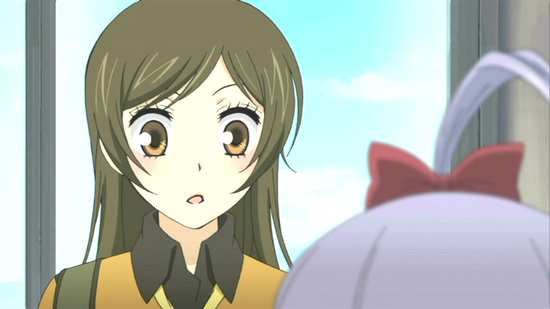 The sole extra on disc 1 is the commentary on episode 4, featuring ADR director Jerry Jewell, and voice of Akura-oh and Kirihito, Brandon Potter. It’s the normal Funimation actor’s commentary, and there are spoilers within for the series as a whole. 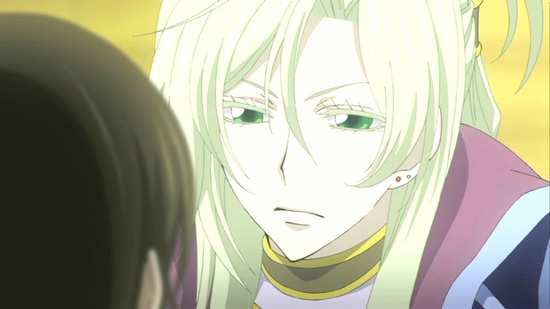 It would be easy to conclude this review with a simple ‘more of the same’, and ‘if you liked season 1, you’ll like season 2’. This is all true, and to be expected, given that it is a continuation of an ongoing series, rather than a completely different production, or reboot. If the first season of Kamisama Kiss did entertain you, if you like the characters and the situations in the supernatural romantic comedy, then season 2 will indeed deliver more of the same, the likeable characters, the charming romantic comedy, the reverse harem (which in true second season style grows by a couple of moody and handsome males), and the occasional moments of drama. Except that season 2 isn’t quite as satisfying as season 1. 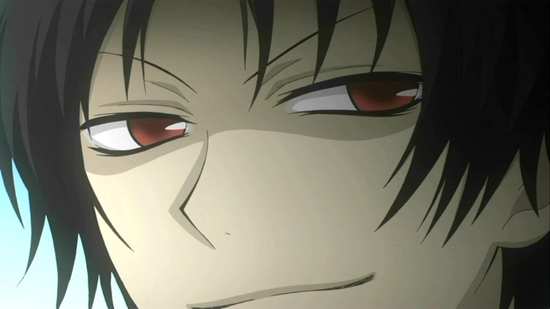 The first season of Kamisama Kiss introduced the characters, set up the storyline, and told its story in a satisfying and entertaining way. It very much left you hoping for more by the end of its episodes, but there was also a dotted line under the series, the kind of pause for breath that would leave you satisfied with what you had watched. Season 2 on the other hand feels like half a series. It introduces the new characters, reveals interesting new facets to the original characters, and sets into motion a storyline that explores these facets, promising some interesting developments. And then it just leaves it all hanging at the end of the series, with very little in the way of satisfaction or closure, and the sense that if there isn’t a season 3 produced, then watching season 2 will have been a waste. At the time of writing, while there have been some OVA episodes made for Kamisama Kiss, a third season is yet to be announced for production. 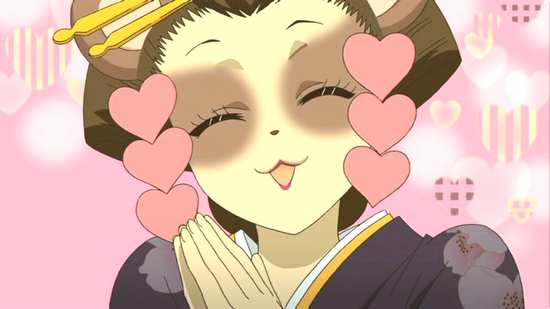 Certain things carry over from Season 1, most notably the eternal question of will they, won’t they between Nanami and Tomoe, which is at the heart of the show. There is a bit of high school drama at the start of the second series, reminding us that this is the story of a girl balancing her human life, with being a goddess, and there are the occasional character cameos from Season 1 that provide a sense of continuity, even if they aren’t integral to the storyline. But really, the big selling point of Season 2 is a look at a Tomoe’s past, from before the time he became Mikage’s familiar. A full-fledged yokai demon, his life revolved around raising hell, and indulging his whims. But most of the hell-raising was performed by his then constant companion Akura-oh. 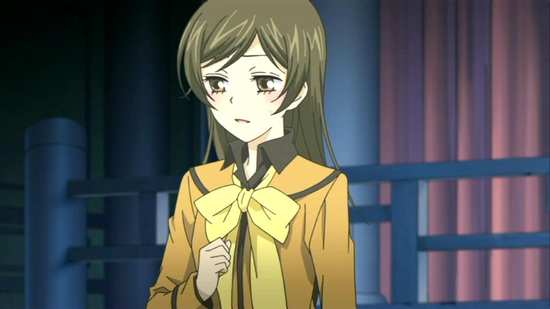 Naturally it was a woman that drove them apart, and while Tomoe wound up on the divine path, Akura-oh’s destiny lay in the other direction. When we meet him in season 2, he’s living as a human, Kirihito, but plotting to recover his immortal body from the Netherworld and resume his nefarious ways. He was initially imprisoned for all eternity in the Netherworld, but a passing human allowed his spirit to escape. He encounters Nanami early on in this collection, but it’s when he sees Tomoe again, tamed and in service to a goddess, that his priorities alter. Not only does he want his immortal body back, but he also starts plotting revenge against Tomoe. 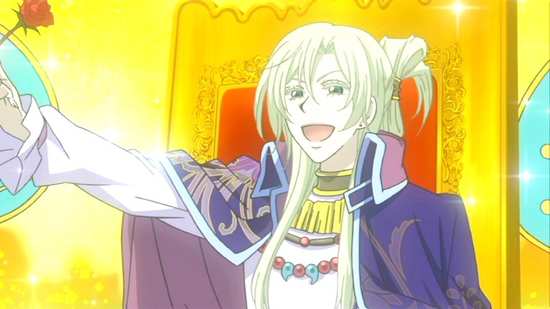 That plot starts to unfold in the second major arc in the season, that of the Tengu mountain. One of Tomoe’s minions is set on causing mischief on the mountain, and has set off a political upheaval, when the reigning Sojuro is struck down by illness, and the likely successor turns out to be a misogynistic bully named Jiro. A young Tengu named Botanmaru comes to the world of the living to look for help from Sojuro’s son Shinjuro, a famous Tengu who left the mountain and made a life in the human world. Shinjuro turns out to be Nanami’s pop-star classmate Kurama, although he’s reluctant to return to the mountain. But with Nanami, Tomoe and Botanmaru he does return to find a mountain in disorder, threatened by decay and evil, and wilting under the tyranny of Jiro. On top of that, Nanami as a female is less than welcome on the mountain. The initial Izumo story, where Nanami goes to a gathering of the gods, is pretty complete in itself, and so is this Tengu storyline, while in between there are odd moments of romantic comedy. 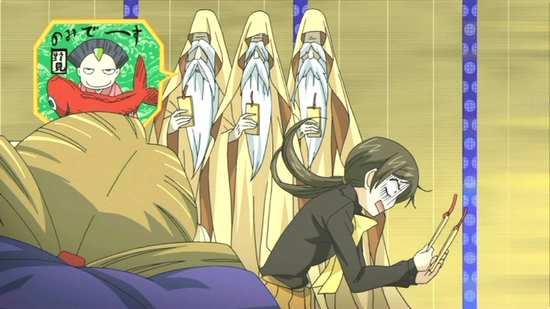 The series ends on a couple of light-hearted romantic episodes, with a trip to a shrine for a New Year’s blessing seeing Nanami revert to childhood, revealing a new side of her to Tomoe. But the problem with this season is that it sets up this new character dynamic between Akura-oh and Tomoe, but it doesn’t really go anywhere with it. There are hints and flashbacks certainly, and Akura-oh as Kirihito is certainly motivated by his irritation with Tomoe, but not a lot actually happens in this direction; the two of them certainly don’t confront each other in season 2, indeed Tomoe isn’t even aware of Kirihito’s true identity. The Tengu mountain arc is just the first move in what could be a chess game between the two, and while it is a satisfying story arc, in terms of the overall story it is less so. 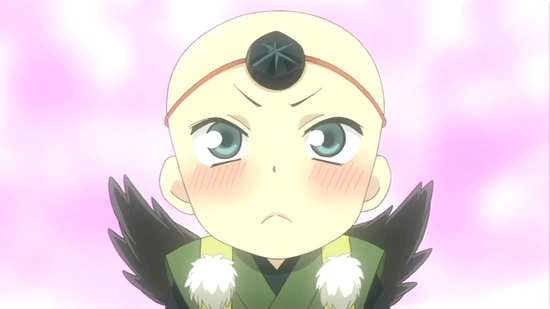 Kamisama Kiss Season 2 is certainly fun to watch, and in terms of characters, comedy, and entertainment it is on a par with the first season. But it doesn’t feel complete, and you very much will want a Season 3 to see what happens next with regards to Akura-oh’s animosity towards Tomoe.