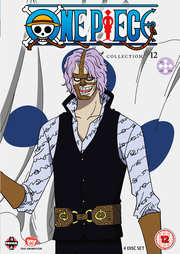 Review for One Piece Collection 12

It should be one of the immutable laws of long running shonen anime. Just when things are getting really good, really interesting, the animators will run out of canon manga material to adapt... Things are getting really action packed, tense, and emotional as we begin Part 12 of One Piece, picking up from the edgy cliff-hanger from the end of Part 11, right in the middle of the flashback where we finally, finally find out about Nico Robin’s past... and just when we think the show’s about to deliver... Bam! Filler! I’m giving you fair warning ahead of time, before I start whinging about it in the conclusion. Then again, once in a while, filler can actually match the quality of, if not transcend the source material. Maybe this filler will be good. 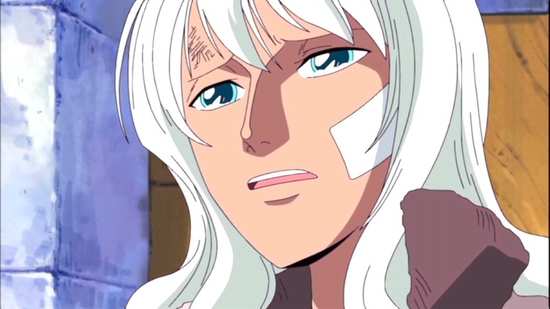 Monkey D. Luffy wants to be a pirate. No he wants to be the best pirate of them all, sail the Grand Line, find the legendary One Piece treasure left behind by Gold Roger, and become the Pirate King. He’s inspired in this by his mentor, Red-Haired Shanks, who saved his life when he was a child. He also ate the Gum-Gum fruit, a devil fruit which has given him stretchy rubber limbed abilities, although at the cost of his ability to swim. You’d think this would be a fatal handicap in a pirate, but Luffy has set sail nevertheless, looking to gather the best crew on the high seas, and venture forth onto the Grand Line. The first candidates for his crew include the mighty pirate-hunter swordsman, Roronoa Zoro, the skilled, pirate-hating thief Nami, the world’s greatest liar, Usopp, and the toughest chef around, Sanji. He’s later joined by the world’s first and only blue-nosed reindeer doctor, in the form of the fatally cute Tony Tony Chopper as well as the enigmatic and multi tasking Nico Robin. 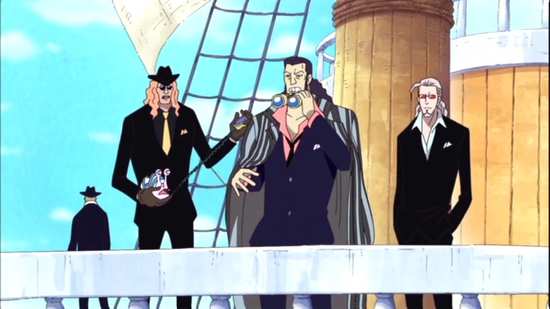 Previously on One Piece, the CP9 group had captured Nico Robin, and had transported her to the judicial island Enies Lobby. It turns out that she’s considered a threat by the World Government, and the best that she can hope for is that they lock her away and throw away the key. Luffy and the rest of the Going Merry crew had finally realised why Robin was submitting to this, and true to form they mounted a rescue attempt with their new friends from the Galley-La company. Finally face to face with Robin albeit separated by an impassable gulf, they learn the truth of what happened when Robin was a child on Ohara Island. 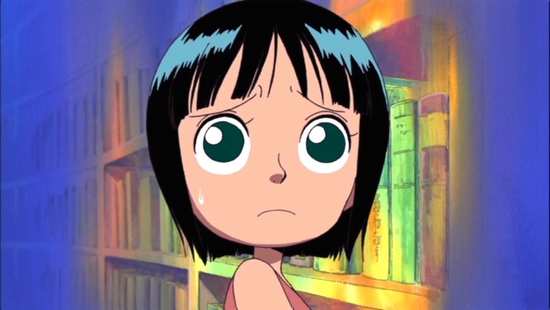 The next 24 episodes of One Piece are presented across 4 discs from Manga Entertainment.

Disc 2
283. Everything is For Her Friends! Robin in the Darkness!
284. I’m Not Going to Hand Over the Blueprints! Franky’s Decision!
285. Obtain the Five Keys! The Straw Hat Pirates vs. CP9!
286. Devil Fruits Powers! Kaku and Jabra Transform!
287. I Won’t Kick Even If It Costs Me My Life! Sanji’s Chivalry! 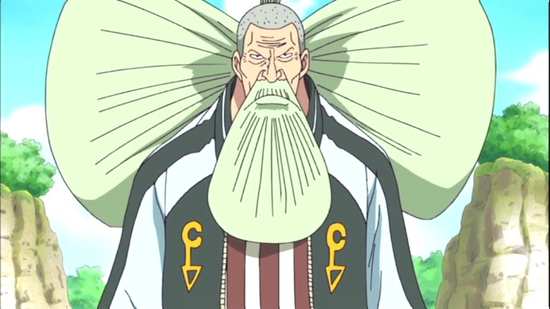 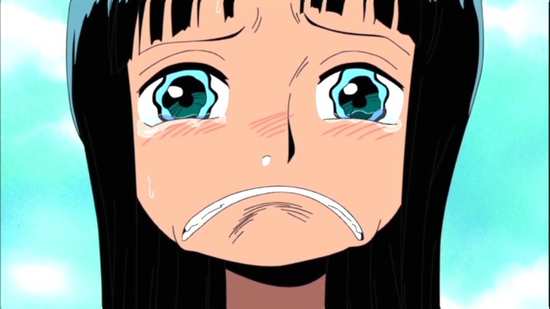 One Piece is presented at a 1.78:1 anamorphic ratio, and we get anime of the quality that we’ve come to expect on DVD in this high definition age. It’s a native PAL transfer of course, with 4% speed-up as you would expect. The image is clear throughout, and now obviously comes from an HD source, so improved is the line detail. Colours are strong, the animation is vibrant, and if there is the odd judder to pans (most noticeable in the opening theme song), it’s not detrimental to the viewing experience. There are still moments where the animation really takes a walk on the wild side, bringing to mind the wackiness of Tex Avery cartoons and the like. This is a show where surprise can make people’s eyeballs bug out of their sockets, and their jaws drop to the floor. 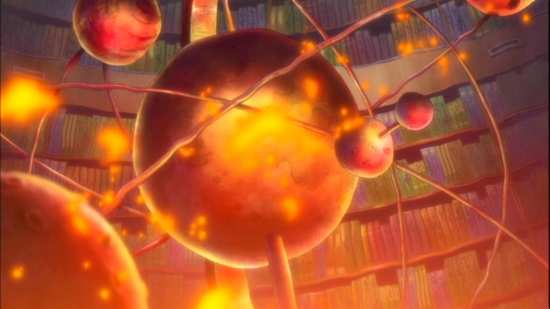 You have the choice of DD 5.1 Surround English, and DD 2.0 Stereo Japanese, with optional translated subtitles and a signs only track. As usual, I watched the series through in Japanese with subtitles, and found a fairly standard shonen anime dub, with enthusiastic and over the top performances that suit the tone of the show well. The stereo does a good job in conveying the show’s ambience and action sequences. Where One Piece really impresses is in its music score. Far from the comparatively weedy synth efforts afforded to the usual anime shows, One Piece apparently gets a full on orchestral score, at times giving the show an epic and grand soundscape that by far belies its comic book origins. The subtitles are free of error and are accurately timed. 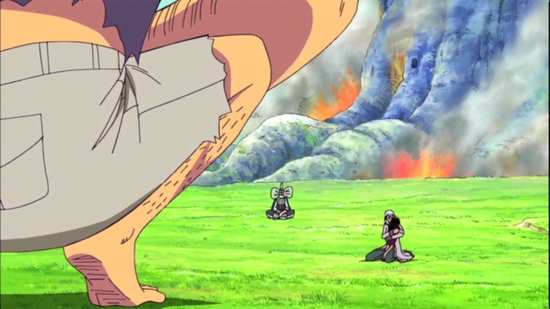 The discs present their content with static menus set to the theme song, with jacket pictures to look at when the discs are at rest in compatible players.

Disc 1 has one audio commentary on episode 277, with ADR Director Mike McFarland hosting actors Kent Williams (Clover), Jad Saxton (Young Robin), and Stephanie Young (Olvia), for a pretty run of the mill, Mike McFarland moderated commentary. In other words it’s easy to listen to, if not exactly interesting. 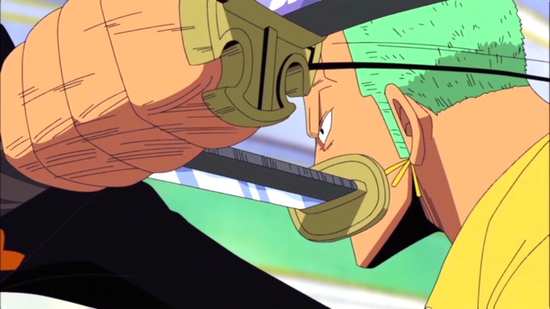 You get three textless openings and one textless closing on disc 2.

Disc 4 has two more On the Boat: Behind the Scenes of One Piece featurettes, with Mike McFarland interviewing first the voice of Foxy, Jonathan Brooks for 16:17, and then the voice of Rob Lucci, Jason Liebrecht for 15:32. 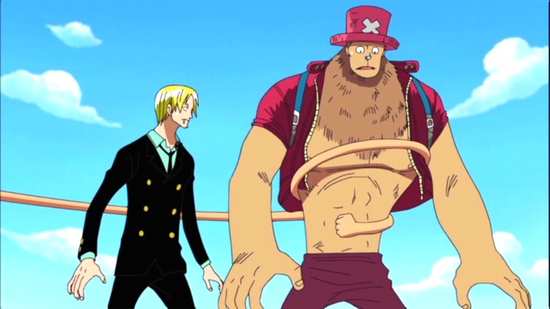 It had to happen eventually, the curse of filler! One Piece is a long-running shonen action show after all, the animation schedule always threatening to catch up and surpass the manga releases. One Piece has been really lucky with filler up till now, it’s mostly been well-written, entertaining, in the style of the show, and placed so as not to drastically affect the flow of the story. It took Naruto less than a hundred episodes before its filler started to weary, while Bleach pretty much started off that way, but One Piece has made it all the way up to episode 300-odd before the filler starts to negatively impact the story. But here we are, Collection 12, and it’s where the filler starts to bite, to bore, and to stretch an already thin narrative until you can see through it. At the start of this collection of episodes the Straw Hat Pirates stand poised to do battle with CP9 and rescue Nico Robin (actually we’re in the middle of a mini-flashback arc distracting us from that), and by the end of the collection, the Straw Hat Pirates are fighting CP9, and chasing after Nico Robin to rescue her. That’s not a lot of forward story momentum for nine hours of episodes. 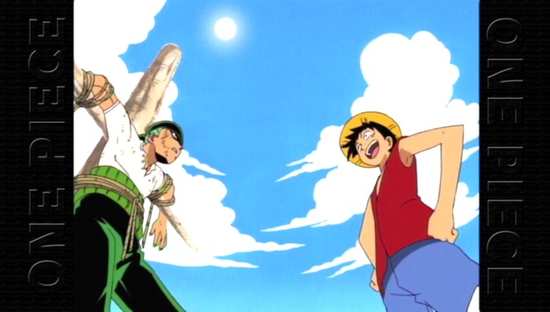 It doesn’t take long before the usual tactics of stretching these things out are employed, although switching the opening song to a 2½ minute track (getting rid of the end credits), and reinstating the Gol D. Roger prologue does mean you now have to wait around four minutes to get to each episode proper. Then the start of each episode takes a few minutes to recap the previous episode, and the start of the second half recaps the first half. We’re probably down to around 15 minutes or less of new content per episode. You might think that would be filler enough, but it gets worse. The collection might conclude an essential and dramatically relevant flashback arc, finally filling us in on Nico Robin’s tragic past. But that is followed by five wholly unnecessary flashback episodes, which kill completely what momentum the show had to this point. Seven episodes after this, we take a break (what was originally in the broadcast schedule Christmas and New Year) for two comedy episodes, again killing the momentum dead. They at least are original and fresh stories, but they are poorly placed in the flow of things. 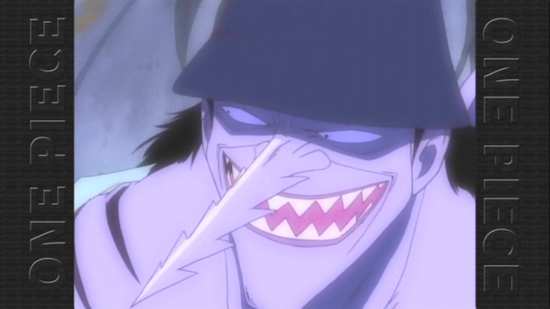 The Ohara island flashback, detailing Robin’s childhood and how she came to be the woman she is, really is essential stuff, a well told story arc that hits all the right emotional beats, so that when we finally cut back to the present day, the Straw Hat Pirates on the other side of a raised drawbridge, waiting to hear what Robin actually wants, seeing her actually ask for their help will break your heart in just the right way. 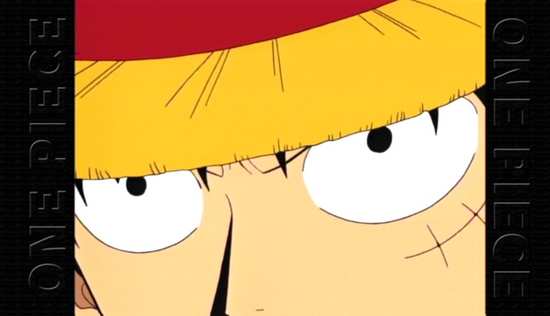 Then there are the following five flashback episodes. The bridge fails to come down, they need to get across to Robin, so they make a leap of faith, and either as they wait to hear Robin’s response, or as they are in the process of falling from the bridge, they each have a flashback to key moments in their lives that determined their direction as Straw Hats. With Luffy it’s his relationship with Shanks, with Nami it’s the Arlong Park arc, with Zoro it’s when Luffy first met him, with Chopper it’s his farewell to Doctorine, with Sanji it’s his relationship with Zeff, with Usopp it’s his defence of Syrup Village, and we get another recap of Robin’s flashback too. The first thing these episodes do is make you want to stick an earlier disc in and watch those episodes in full, rather than the highlights packages in these half episodes. The second thing is each episode recaps that emotional moment with Robin prior to the leap. At the end of the Ohara Island flashback arc, it was snif so sob tragic, but five episodes later of seeing it again and again, it becomes meh. 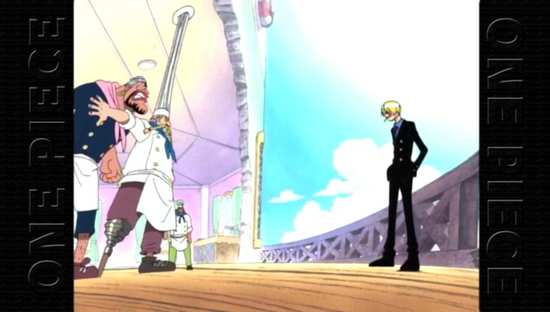 The other two filler episodes are at least interesting and funny, recasting the characters in Edo period Japan, with Luffy the policeman trying to confound the pernicious plans of Buggy the Bandit, and at any other time they’d be a pleasant distraction, but coming in the middle of a story arc that should have us on the edge of our seats as the Straw Hats fight to rescue Robin, they feel like just another roadblock, in the midst of a traffic jam caused by delays and recaps. The canon episodes are fun, if stretched out, and seeing the Straw Hat Pirates battle the members of CP9 is entertaining. It’s good stuff, with Franky battling Fukurou once Chopper gets him the right beverage to fuel his bionics. Chopper has a fight to win against the most tedious CP9 member, Kumadori, but winds up overdoing it. Usopp and Zoro face Kaku and Jabra, made all the more difficult with a pair of handcuffs. Sanji just can’t beat up a woman, which puts him on the back foot against Kalifa, but he has more success against Jabra, while Nami’s skills and wits come in useful against Kalifa. And Luffy’s on the tail of Robin and Spandam, but has to deal with Rob Lucci first. 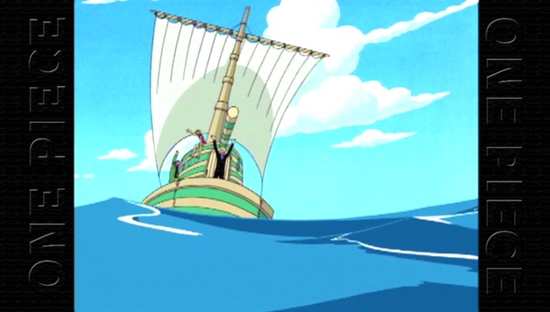 As per shonen action convention when multiple fights are going on, they get stretched across multiple episodes (they’re still continuing at the end of this collection), and there’s a lot of intercutting between them. If you can forgive the pace, and the padded structure of the episodes, they are a whole lot of fun, and for a One Piece fan, essential stuff. 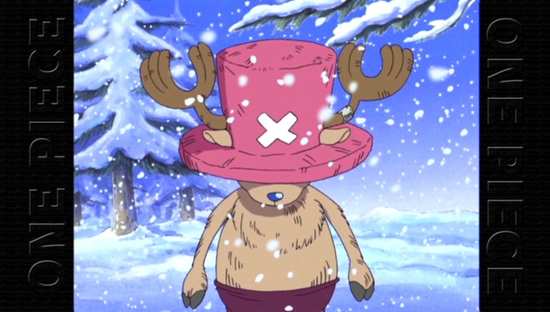 I never thought I’d say this about One Piece, but the filler here is not good. It’s the last place you actually want it, when the story is supposed to be heading towards a climax, and where you need to raise tension and increase suspense, not diminish it as happens here. You’re actually better off leaving out episodes 279 through 283, as there’s nothing new there, while I’d only watch episodes 291 and 292 after you finish this collection, and have no other One Piece to watch.