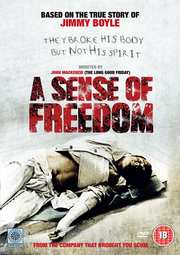 A Sense of Freedom (DVD Details) 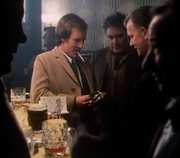 DVD
All Neat in Black Stockings

Review for A Sense of Freedom 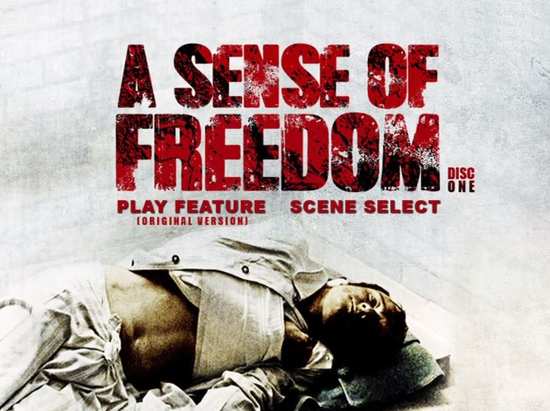 I remember reading Jimmy Boyle’s book ‘A Sense of Freedom’ shortly after publication in 1978. As a teenager, it made a great impression on me, being the first insight into the dark and murky world of crime and prison in any realistic way. It also seemed to reflect the sombre and violent mood of the times and, after the notoriety and ‘success’ of TV film ‘Scum’, it was hardly surprising that Boyle’s biography, tracing his steps from being almost psychopathically violent through the brutality of his prison experience to redemption and reform, should make its way to the small screen. It seemed equally right that it should be independent ‘Scottish Television’ that would make it. Boyle was from Glasgow’s notorious ‘Gorbals’ after all. 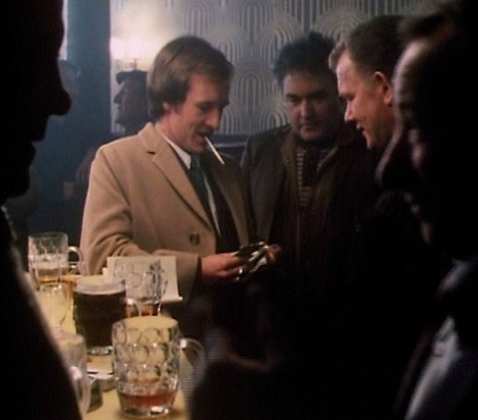 Boyle was different than many of his contemporaries from the outset. He was no one’s stooge or skivvy, all alpha-male and with an attitude that meant he took orders from no one. He was also more ruthless than most, settling arguments and dissent with a blade – a fact that made grown men quake in their boots at the sight of him. As a money-lender and protection racketeer, he terrorised many in his own neighbourhood, making masses of money but blowing it on 'birds and booze'. 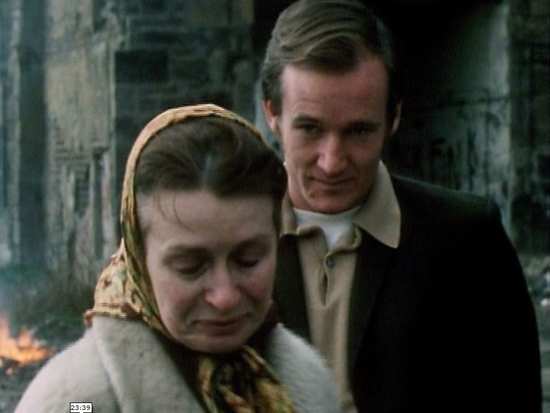 But then it got serious. One of his altercations ended with a dead body and despite his denials (there was little proof that Boyle delivered the fatal blow) he was tried and convicted for murder. The sentence – life with a minimum 15 years without parole. 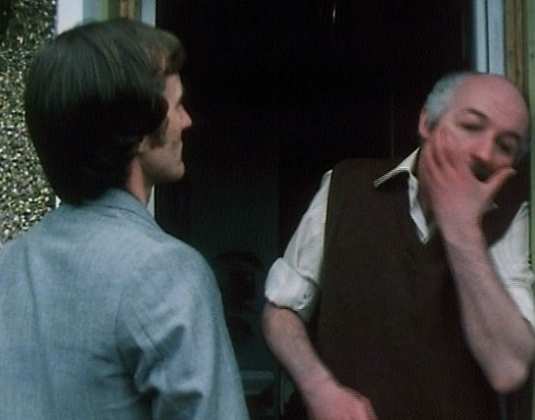 Figuring he had little to lose, Boyle set about battling the system in any way he could, consistently striking out at ‘screws’ and governors who would brutally revenge his dissent with near-life threatening beatings; unimaginable today but standard practice in the 60’s it would seem. 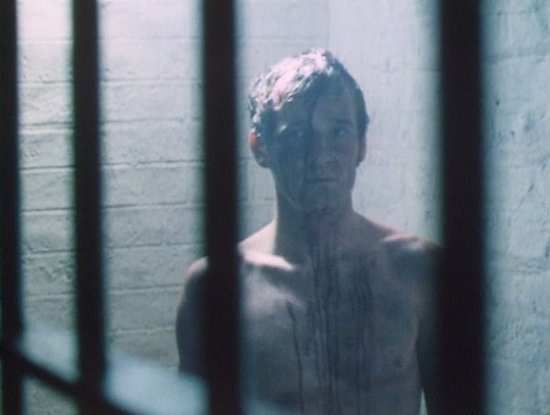 Years in solitary confinement did nothing to lessen his resolve – if anything, he became worse, striking out and committing ‘dirty protests’ where he smeared the walls and floors of his cell with his own crap.
Sent from prison to prison, nothing seemed to work – until one day he was taken to a new, more lenient prison where he experienced a new ‘sense of freedom’; writing his biography and learning to become a sculptor. 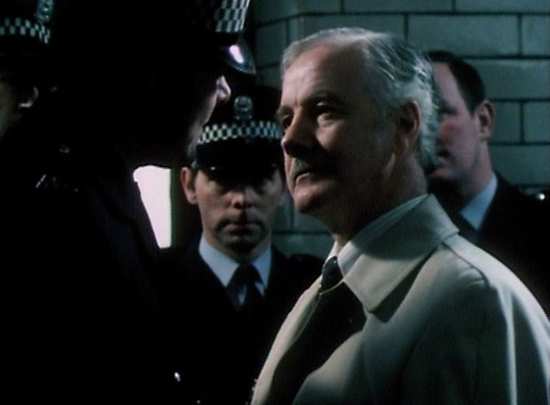 The film, in its original uncensored version (included as one of two versions here) is an incredibly hard-nosed, violent depiction which is almost documentary in feel. 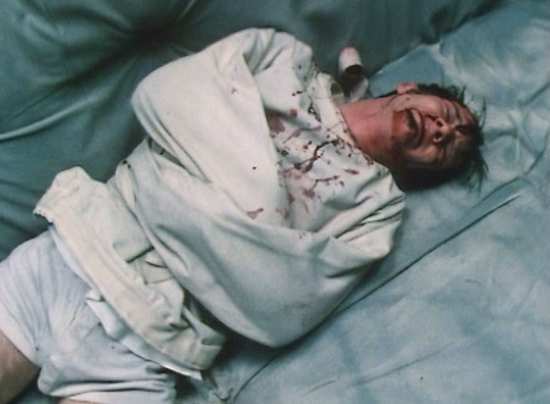 The film is full of ‘look away now’ violence and bad language and, as a result, was eventually banned from British television. A second, edited version of the programme was made, replete with more ‘English’ voices so that the dialogue could be understood by the English; ridiculous of course, though it’s worth taking a peek at this historic curio which is also included in full on a separate disc. 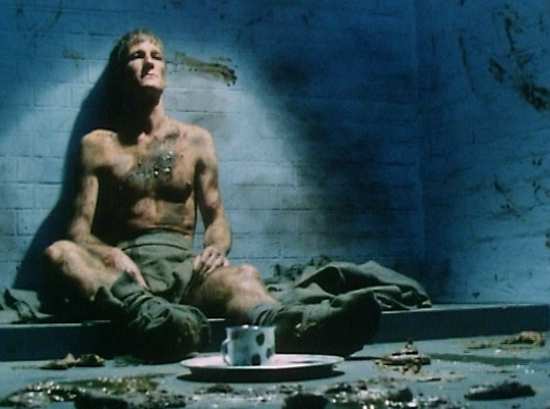 Gritty TV shows like ‘The Sweeney’ had already reinvented our taste for hyper-real, gritty documentary realism and ‘A Sense of Freedom’ looks very much like it’s come from the same stable. All grainy, poorly lit realism, giving it an added frisson of reality that may have contributed to the outrage its first airing caused. Mackensie was no stranger to the techniques having adopted them with great success for ‘The Long Good Friday’. The use of 16mm here (rather than the far more expensive 35mm) only adds to that vibe. 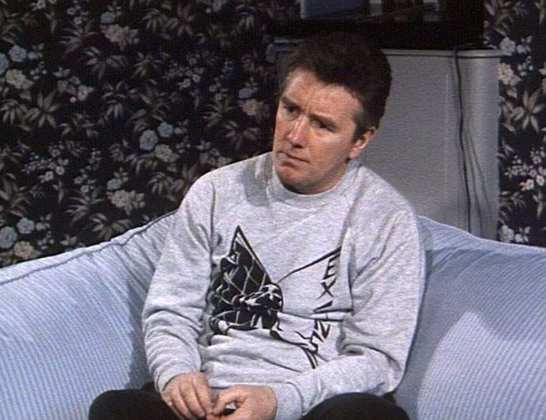 Also included in this double-disc set is a fascinating documentary from the early eighties focusing on Boyle’s wedding to a criminal psychologist, Sarah, and their setting up of an arts initiative for society’s lost, called ‘The Gateway Exchange, primarily to bring some of the benefits of Boyle’s experience to prisoners who had done their time. It’s all very idealistic and positive though the reality proved to be somewhat less rosy, with the institution closing within two years and with Boyle separating from his wife after having an affair with the artist Evlynn Smith and her husband, Sebastian Horsley, if his account is to be believed. Surely enough there for another film? 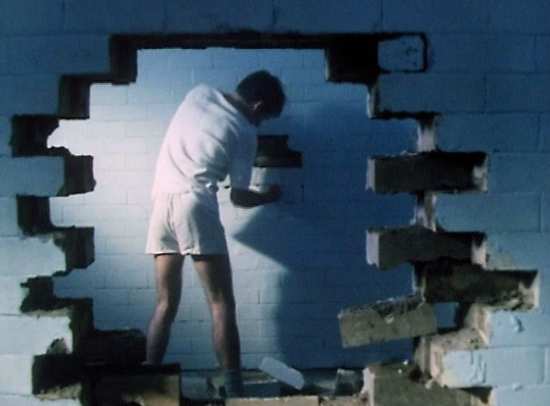 ‘A Sense of Freedom’ was a staggeringly impactful piece of broadcasting and well deserving of its many accolades. At last, both versions are available in one set along with a really great, historic documentary for context. Really powerful stuff that remains essential, if difficult, viewing.