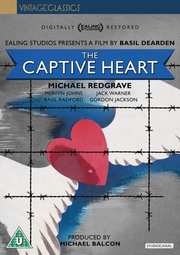 Review for The Captive Heart 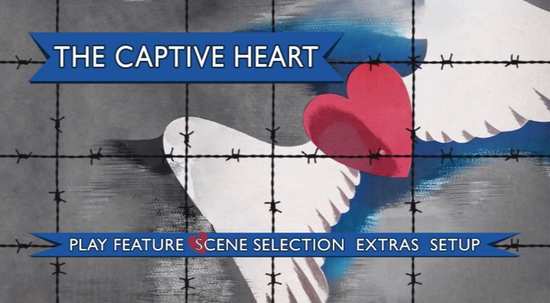 ‘The Captive Heart’ is perhaps one of the lesser known Ealing post-war films, shadowed perhaps by so many of the brilliant comedies of the same period, but it is, nonetheless, very much a worthy member of the canon.
Made immediately after the Second World War, it’s a film focusing on the unsung and often forgotten soldiers who were captured, many very early on, who then spent years in prisoner of war camps waiting for some resolution and the hope that one day they may be reunited with missed love ones back home. In fact, the ‘loved ones back home’ was a major feature of the film, and perhaps the part most typically ‘Ealing’ with its romantic portrayal of idyllic rural settings and English villages where everyday life continued unabated. 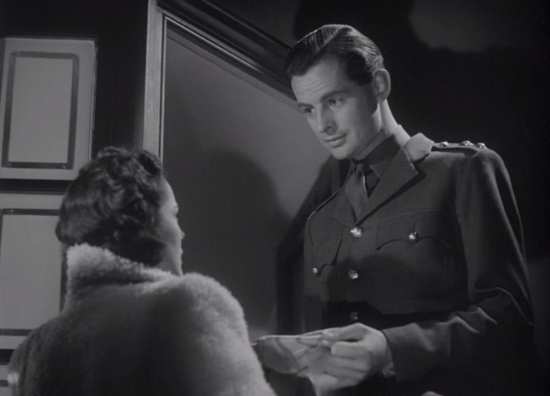 So the film spends time flitting between life back home and the individual men stuck in Nazi prison camps. It opens with men on the march – thousands of them being forced to walk hundreds of miles to their eventual prisons. As the camera picks up individual men from the crowd we mix back to their lives prior to leaving for war, establishing each of the main players as active citizens in that much missed life back home. 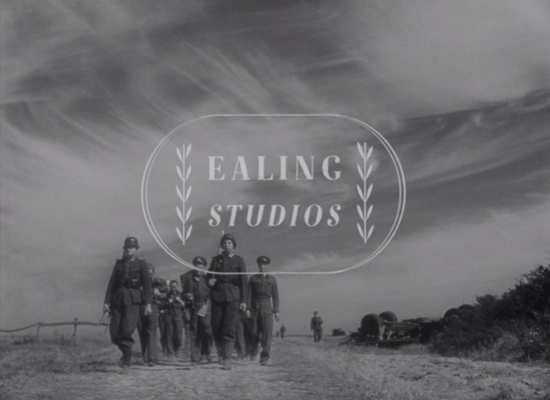 We get some ‘salt of the earth’ working class blokes who are both neighbours and working colleagues (Jack Warner and Mervyn Johns) who have left their devoted wives behind, one who it transpires is pregnant. A young Gordon Jackson plays a man who has been blinded in battle and ends his engagement to the girl he loves as he doesn’t want her to feel any obligation to care for him on his return home. Then there are the officers; stiff upper lipped but some with problems of their own, like a concert pianist who believes a poison pen letter suggesting his girl is seeing another man back home. 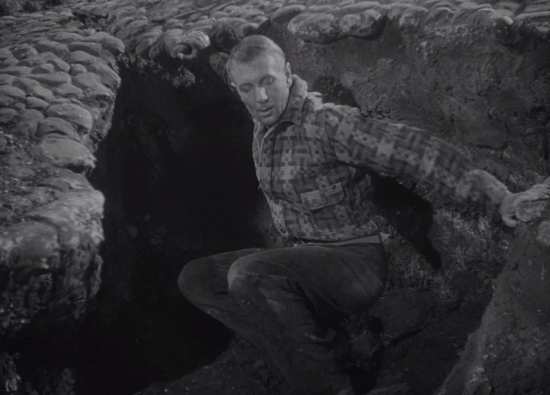 But the real action of the film features a devilishly handsome Czech (Michael Redgrave) who the other prisoners believe is a planted Nazi due to his incredibly proficient German speech. It transpires that he is indeed not the British soldier he proclaims to be but is actually an escapee from a Nazi concentration camp who has taken ID from a dead British soldier. In order to keep up appearances, he starts to write to the soldier’s estranged wife who can scarcely believe the change in the husband who had left her. Once selfish, obnoxious and unreliable, he has become reflective, eloquent and deeply emotional. For his part, he starts to rely on the letters he receives back, having fallen in love with their author – the wife of the deceased soldier whose ID he has taken as his own (Rachel Kempson).
When he is recognised by a prison director, his colleagues realise that they must get him out before he is properly identified . With his life at stake, a young man who has been granted leave agrees to let the Czech go in his place, even though it means losing his potential freedom. On his arrival in England, he must now confront the wife and reveal the truth. (To add to the intensely romantic nature of the relationship, the public were probably very aware at the time that the popular Redgrave was married to Kempson in real life.) 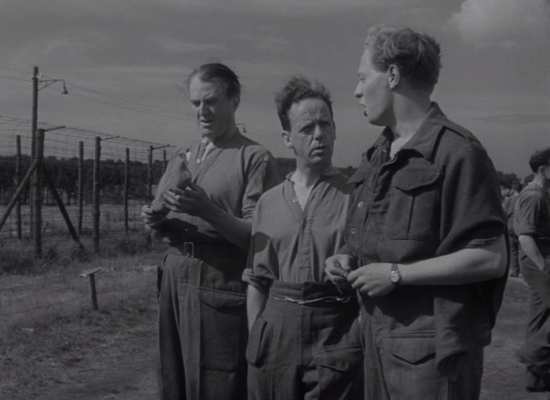 Basil Radford is worthy of mention as the leader of the men on prison, constantly working to keep morale at a high despite the poor conditions and the never-ending wait for freedom. One moving scene is when the mean are forced to listen to the German national anthem over the tannoy system – which they promptly drown out in a symbolic way with a rousing chorus of ‘Roll out the barrel’. 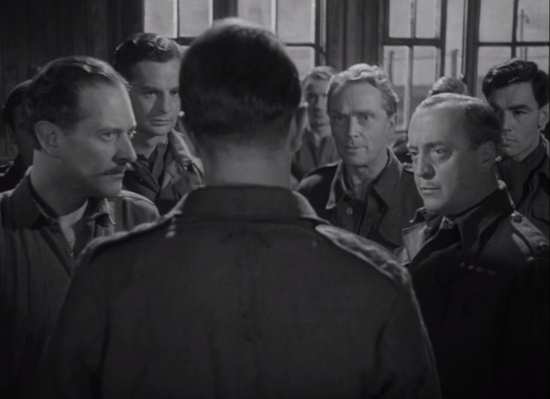 The film has been accused by some critics of being little more than a melodramatic soap, and not a decent wartime adventure, but I disagree. It certainly focuses more on the human side of things than action, but it’s deftly directed by Basil Dreadon (Dead of the Night) and features a really strong cast. It does have that familiar, gentle pace of an Ealing film but surely that’s their charm? 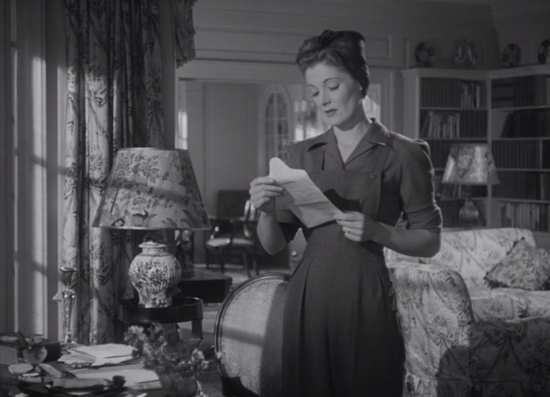 The transfer is excellent and, though this review is for the DVD release, I imagine the Blu-Ray must be positively sparkling. Douglas Slocombe's brilliant black and white cinematography deserves nothing less. 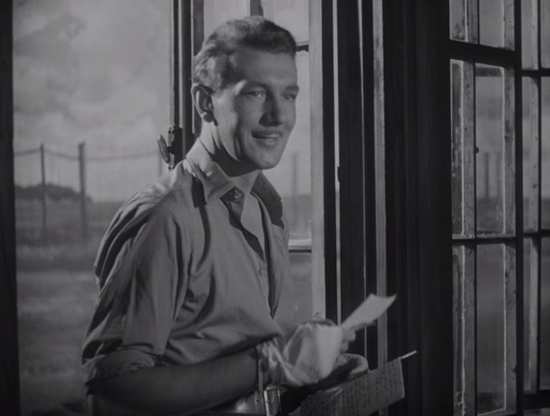 The check disc I reviewed had none of the advertised extras on so I can’t comment on these – I wonder where they went? All I had was a short but informative introduction from Ealing expert, Charles Barr. 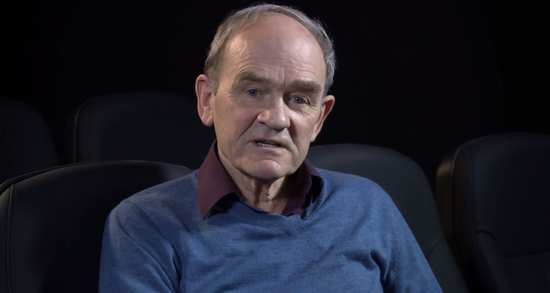 However, in theory it comes with the following special features though not guaranteed if my disc was anything to go by. Maybe they’re only on the Blu-Ray.

· Short film showing the evacuation of liberated British prisoners from Marlag and Milag North Camp (where co-screenwriter Guy Morgan was held during the war), 29th April 1945 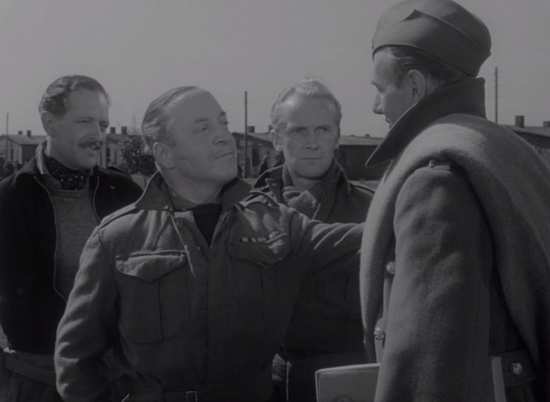 Whether you’re an Ealing Films completest or not, this is well worth adding to your collection and is certainly the sort of film you’ll want to revisit.