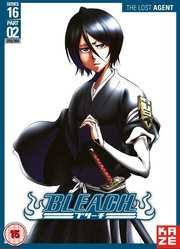 15th November 2007. That was the day that I posted my first Bleach review. The time stamp is even on this site if you’re interested, down the minute. That’s eight years of Bleach on DVD, and occasionally on Blu-ray when it came to the movies. Think about it, Bleach is a shonen property, created to appeal to young teen males, people who are graduating from the Saturday morning toon demographic, looking for something with a little bite, but which is still comfortably filled with the usual tropes and clichés. In almost eight years, that target audience will have grown up, finished school, gone to university, graduated, started careers, maybe even settled down and started families of their own if they’re ahead of the curve. And in all that time, Bleach has been steadily plugging away. It’s still plugging away in manga form, but when it comes to the anime, first Manga Entertainment, and then Kazé Entertainment through Manga have been steadily providing us with DVDs and the odd Blu-ray to keep us supplied with our shonen drug of choice. We may have outgrown it, new fans may have found it, but this is the first, long running shonen anime show to make it to the end of its run in the UK. One half season boxset ago, I would have been dancing in the streets at this point, as my love for Bleach was a fleeting and transitory thing, limited really to the first season. But for its final gasp of life in anime form, Bleach suddenly got interesting for me again. 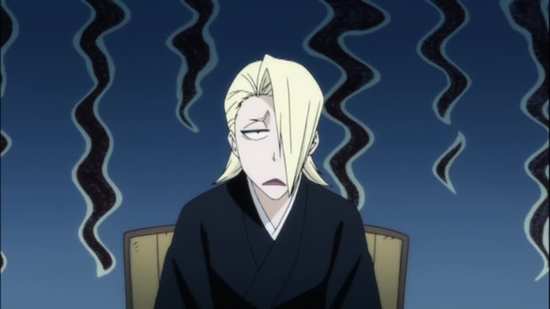 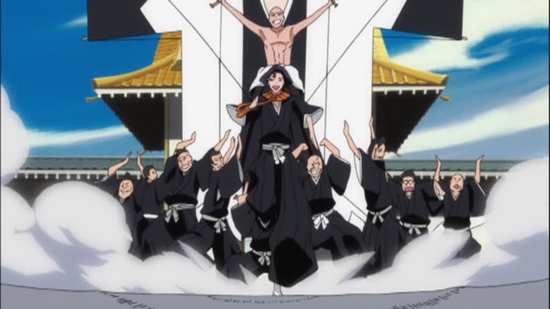 When last we encountered Ichigo, the after effects of his battle with Aizen had finally taken their toll, and he’d lost his Soul Reaper abilities, leading to a poignant farewell with Rukia. Now he’s just a normal human being. He can’t even see ghosts anymore the way he did before his adventures in the Soul Society began. In the 17 months since then, he’s started his final year of high school, and settled down into living a normal life, or as normal as you can get with a hard-working student who looks like a delinquent, now has a part time job with a somewhat psychotic odd-job woman, and sells his lingering physical skills from all that Soul Reaper training to whatever after school club will pay him the most. 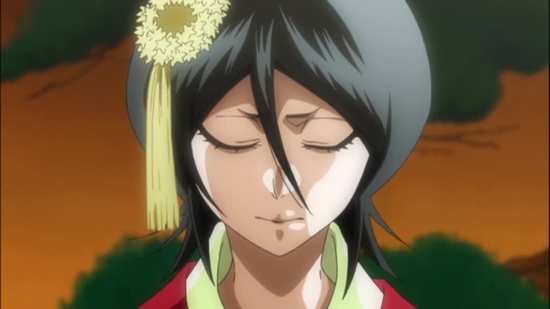 But it would have been easier if it had all really gone away. It’s an uneasy new life to reconcile when he still knows all about the Soul Society and Hollows, where Uryu Ishida has now taken up his role in defending Karakura Town from those Hollows, where Chad and Orihime still have their powers, and where his sister Karin seems to have taken on his ability to see ghosts, and unbeknownst to him spends a fair bit of time at Uruhara’s shop. And everyone seems to be on tip-toes around him, avoiding talking about the supernatural stuff. Then odd things start to happen in Karakura. His friends are being targeted, Chad goes missing, and Ishida is hospitalised when he confronts a foe that he can’t handle. And then an odd man named Kugo Ginjo shows up, offering Ichigo a way of getting his Soul Reaper powers back. But the real question is if Ichigo actually wants to go back into that world. He may not have a choice, as another man named Tsukishima has designs on Ichigo’s powers, and he’ll rewrite the world in order to obtain them. 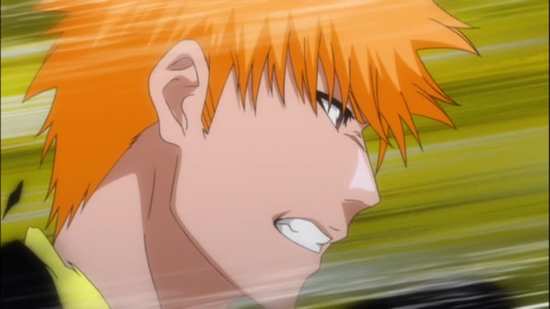 Finally, finally, Kazé have proffered the transfer for Bleach that every other anime show gets as standard these days. You have a 1.78:1 anamorphic, native PAL transfer, played at the correct frame rate for UK TVs, with the requisite 4% speed-up. Gone is that profanity inducing jerkovision that marred the previous Kazé releases of Bleach, which induce a nervous twitch in my own eyes. As for the transfer, it’s not spectacular, looking to be an upscale of an NTSC source, rather than using HD masters to get the image as sharp as possible for the PAL resolution. As a result Bleach still looks soft. But, no jerking, and no blended frames. Hurrah and Huzzah! 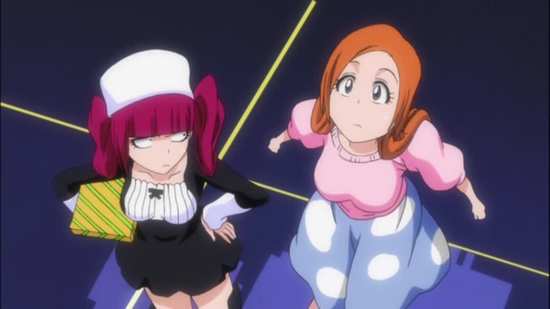 There are some positives to be had in the audio department. The discs now have the surround flag activated, so you now have DD 2.0 Surround English and Japanese audio. It sounds exactly the same in practice however. More significant is that Kazé provide translated subtitles for the Japanese audio, and a signs only English track for the English audio. This season sees some new theme songs debuted for the series, but unlike the Madman discs, the songs don’t have subtitle translations for the lyrics. These being Kazé discs, you can’t change audio or subtitles on the fly, so Hard of Hearing English dub fans are out of luck. I’ve also noticed that the subtitles aren’t overscan friendly, with letters disappearing off the edge of the screen on my old CRT TV. But with the image finally going to native PAL, Kazé have opted to pitch correct the audio to compensate for the speed-up. Yes... wobbly music ensues... 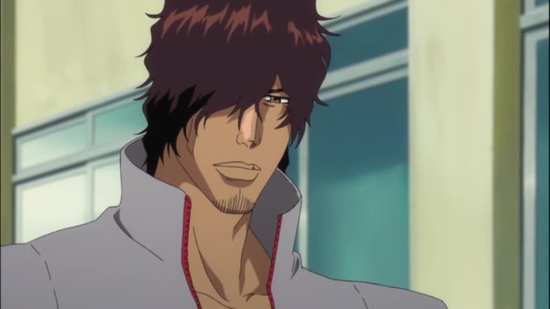 You’ve probably already heard me whinge about Kazé discs and UPOPs, so consider it whinged again. These discs are locked up tighter than Fort Knox, and I had to guess at the run time for the episodes. I always scour these discs for new Kazé screw-ups, and this time it’s pretty obscure. While the end credits are in English, they’ve listed the French dub cast instead of the English. I double checked to be sure and the English dub is on the discs, not the French.

Kazé don’t put separate Bleach trailers on their discs, and neither do they offer a line art gallery. All you get are karaoke versions of the credit sequences, minus the credit text, but with a romanji (Japanese in English script) burnt in subtitle track that insists that you sing along. The discs have trailers for Journey to Agartha, Bakuman, and The Garden of Words. 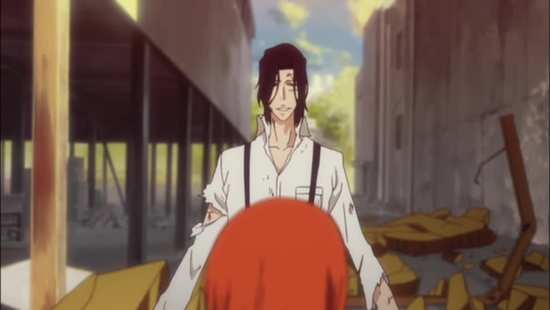 If only Bleach had been like this all the way through! The anime may have ended before the manga has come to a close, but it certainly leaves with style, and it also finished at a very natural stopping off point. There’s closure for the Fullbring storyline, and there’s a hopeful anticipation for stories yet to come, but there’s no pesky cliff-hanger for us to be annoyed by. If you’ve been sticking with Bleach to this point, you may not be pleased that the rest of the manga won’t be animated at this time, but this collection does offer some degree of satisfaction for Bleach fans. 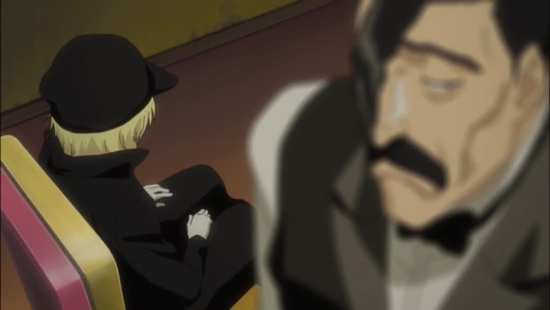 I’m not a Bleach fan, but the two seasons bookending the series turn out to be my favourites of the lot. I loved the promise of the first season, the characters that were introduced, the world that was built, and the idea of which direction the series might go. It took 16 seasons, or 15 if you count it the way that Kazé have numbered them, for Bleach to finally deliver on the promise of that first season. We have a smaller cast, a smaller scale, personal story, and its set mostly in the real world, where there’s a greater dramatic import and tension, more reason to root for the characters, a sense that genuine stakes are being fought for. This final collection also offers more character development in its 12 episodes than Bleach managed for most of its run. 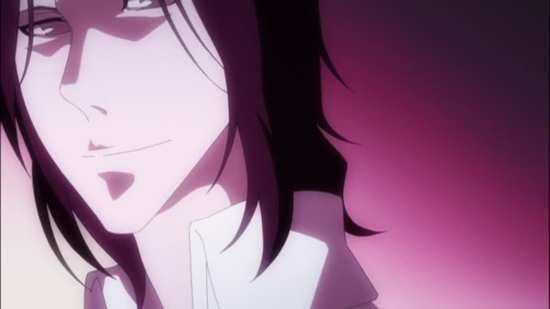 Of course the big moment in this final collection is a major twist in the plot, somewhat foreshadowed by the first half, but still enough of a dramatic surprise here to deliver good value. I certainly won’t spoil it at this juncture, but suffice it to say that after all this time as a Substitute Soul Reaper, fighting to protect his friends, his family, his hometown, Ichigo is really put through the wringer here. He winds up questioning everything he has experienced, everything that he has been told, and at one point it looks like everyone has betrayed him, especially those he trusts the most. He has to be brought to complete and utter despair before he can regain that which he has lost, and as such, it’s the most effective, dramatic, and emotionally weighted character arc I have ever seen in Bleach. That it coincides with the series’ last gasp as an anime to date is surely fortuitous, as if it does nothing else, it really does leave you wanting more in the way of Bleach anime. Given how I have invariably felt about this series over its run, that’s something I never thought I’d be typing. 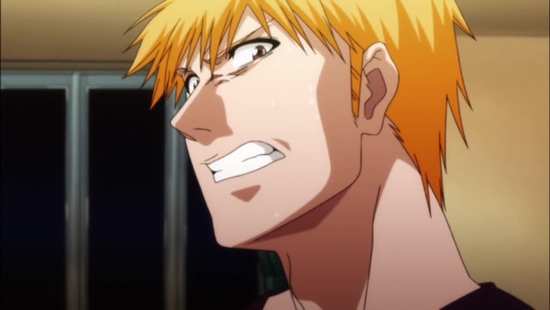 Bleach goes out with a bang. If they never make any more of the anime, this is as good a place as any to leave it, as for me it’s the best of the series. I guess it’s because of that they chose Scandal and Aqua Timez to supply the theme songs for the end of its run, two artists who have become synonymous with Bleach theme songs over the years. Maybe in a few years Tite Kubo will have completed enough of his manga to warrant animating the rest, but I hope they leave it long enough so that they can animate it efficiently, without the episodes spanning fights, and without the endless filler. And maybe they’ll edit down this first series to a Bleach Kai, the way that they’ve done with Dragon Ball Z. It’ll probably be only a hundred episodes long.