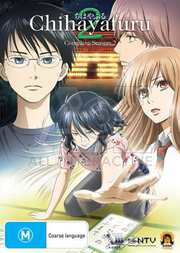 With unsurprising inevitability, I turn to season 2 after reviewing Chihayafuru Season 1. I might just have reviewed both seasons in one go to save on electrons, but there’s enough of a difference between the two seasons to warrant separate reviews, notably the addition of new characters. But the end of season 1 did feel like a hiatus, with a sense of a story just half finished. It’s well worth watching though, a rare ‘sports’ anime that can draw in broad audiences, not just fans of the particular game showcased within. It’s because Chihayafuru finds just the right balance between sports and character drama, comedy and romance. It’s a series that is very easy to get invested in, so much so that I ordered the two season collections from Australia on the back of watching just one episode on Crunchyroll. 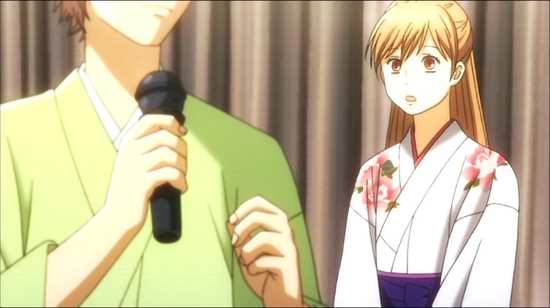 Chihaya Ayase loves karuta. She didn’t at first; as a child her dream was to support her older sister’s modelling career, but when she got to know Arata Wataya at school she was introduced to a new pastime and a new dream. Arata was the loner in class, the transfer student that everyone avoided, but he was a potential national champion at karuta, and Chihaya was inspired to aim for the same goal (after all, whoever’s best in the country at karuta will be best in the world). She, Arata, and her best friend Taichi joined the local karuta society and even entered a tournament. But all of that ended when Arata had to leave Tokyo and return to his family home, and Chihaya and Taichi went to different middle schools. But they did part on the promise that they would play karuta together again when they all became A-Ranked players. 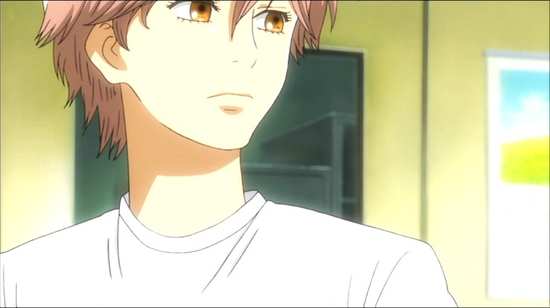 Three years later it’s the start of high school, and while Chihaya initially attracts attention for being the sister of a famous model, her geeky love of karuta and single minded determination to start a karuta club tends to leave people thinking of her as an oddball. But when she learns that Taichi is going to the same high school, it seems like fate. Only Taichi isn’t too keen on karuta anymore, and when they travel to see Arata, it’s even worse. He’s given up playing karuta altogether. Will their promise of playing karuta together again ever come to pass? 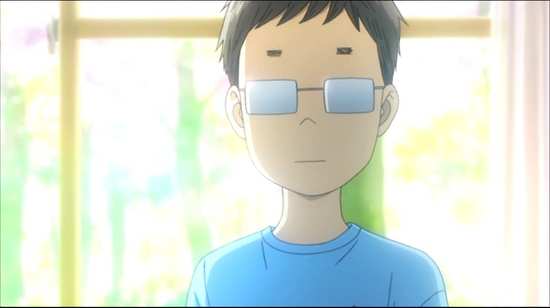 Season 2 takes us to the start of Chihaya’s second year in high school, as they labour under the ultimatum to get five new members for the Karuta Club, or risk losing their clubroom. Recruiting new players turns out to be harder than expected, with a lot of girls initially signing up to be close to the hottest guy in school, Taichi, but then dropping out as soon as they find out what playing karuta actually entails. In fact, just one girl stays on, Sumire Hanano, and it looks like she’s just in the club because her need for a new boyfriend is so strong that she will actually play karuta to get Taichi. Then there’s Akihiro Tsukuba, who was great at the 2nd verse variant of karuta back home in Hokkaido, and he has the attitude to match, but he isn’t at all ready for what the ‘real game’ entails. Will the five original members of the karuta club even have time to train the new recruits, what with the championships coming up, and that promise to play with Arata again? One thing’s for sure, Chihaya’s ambitions for the club are sky-rocketing. 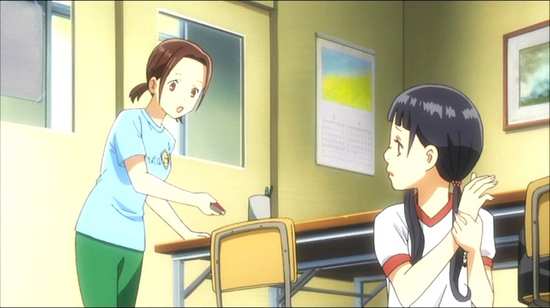 25 episodes of Chihayafuru Season 2 are presented across 4 discs by Siren Visual.

Disc 1
1. So the Flower Has Wilted
2. As My Love First Came
3. Feel Love Deepen
4. To Tell the People in the Capital that I Make for the Islands
5. Be as Dear Now, Those Were the Good Old Days
6. To Set the Tatsuta River Ablaze

Disc 2
7. They all Exchange Hellos and Goodbyes at the Famous Gates of Afakusa
8. Which Shines Over Mount Mikasa
9. My Only Thought
10. Rain Takes Longer to Dry
11. I Feel as Though My Body is on Fire with Ibuki Mugwort
12. The Only Sign of Summer 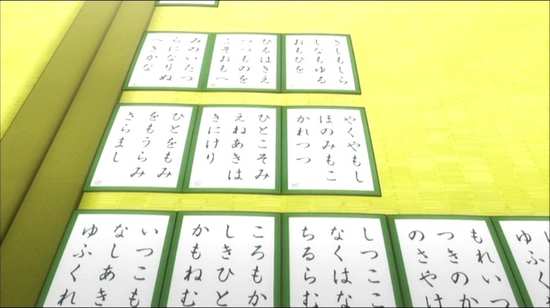 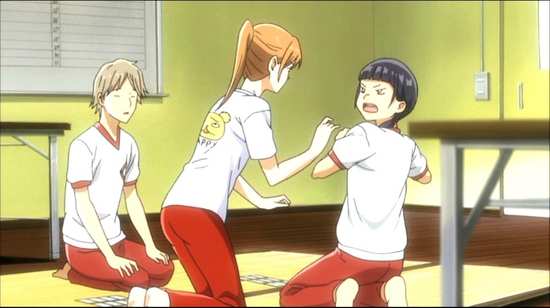 For the second season, Chihayafuru gets a 1.78:1 anamorphic NTSC transfer as opposed to the first season’s PAL, but the image is still gorgeous. It’s a clear and sharp transfer, progressively encoded, with no visible compression artefacts, and it brings across the show’s vivid, yet gentle colour palette to excellent effect. Chihayafuru is a rare title that’s targeted to the older female audience demographic in Japan, occupying a similar audience niche to shows like Princess Jellyfish, Ristorante Paradiso, and Amnesia, and that tells in the character designs, softer and more expressive. The world design is pretty much what you would expect from a contemporary character drama, but the imagination in the animation goes into the karuta matches, finding a vivid energy for what really is a not so simple card game. Rather than use the same stock animations over again, each karuta match is uniquely animated, and makes each episode a joy to watch. 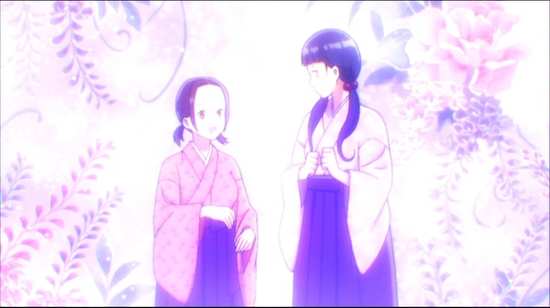 Chihayafuru is a subtitle only release, so you won’t be surprised to find the DD 2.0 Stereo Japanese track with optional English subtitles. The dialogue is clear throughout, the audio is balanced well between dialogue, music and effect, and there’s a nice bit of stereo effect to go with the extravagant animation of the karuta matches. Otherwise this isn’t a show that has a lot of effects work to it. The music works well to match the emotional tone of the drama, while the show gets a couple of very appealing theme songs for its credit sequences. The subtitles are accurately timed and free of error (except for the pre-credits sequence of episode 10, where the subtitles are a smidge behind the dialogue), but you should note that this a show that can throw up a wall of subtitle text when there’s on screen text to translate, and you’ll be depending on the pause button on a couple of occasions in the episodes. 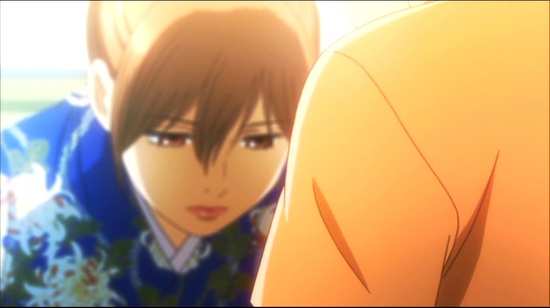 You get four discs in an Amaray style case, two on each inner face, and two held either side of a central hinged panel. The inner sleeve of the case has some nice artwork and a complete episode listing.

The discs present their options with static menus, and there are no next episode previews at the end each episode. Extras are limited to textless credits on disc 4. 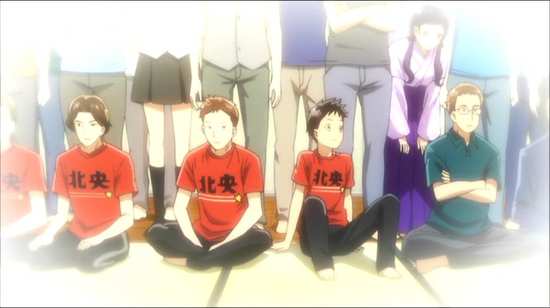 Reviewing Season 1, I made a passing comment that the appeal wavered slightly during the final few episodes, when the emphasis turned more towards the karuta tournaments, and away from the character drama and interactions. How wrong could I be! Season 2 takes the characters so well established in the first season, and it’s really all about the karuta. Other than a few episodes at the start of the season introducing the new members of the cast, and getting them up to speed with the intensity of the karuta club, it’s tournament play pretty much all the way through in this collection of episodes, and the character drama and interactions are left to take place during or in the background of the matches. And even with this, season 2 is better than season 1. The characters are so well developed at this point, that I wound up hanging on their every word, invested in their triumphs and their failures, rooting for them through the episodes. The creators of this show have got the writing down pat, but they also have a mastery of direction, keeping each episode an ‘edge of the seat’ affair, perfectly paced, with all the dramatic beats, the emotional arcs, the oases of comedy in just the right places. 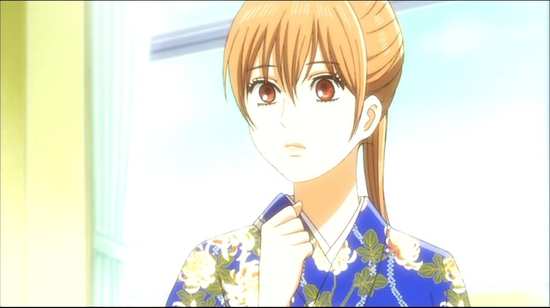 The Mizusawa High School Karuta team had achieved some modest success by the end of their first year, but they were left with the ultimatum that they needed to recruit at least five new members in the second year to keep their ideally quiet and acoustically perfect clubroom. The second season starts off with quite the recruitment drive, and it seems to garner immediate success, with some twenty first years signing up. But they’re all girls, and they’ve all signed up to be close to the hottest guy in school, the karuta club captain Taichi Mashima. When they learn that karuta entails memorising a hundred ancient poems, and practicing obsessively on their card playing technique, they quickly drop out, leaving just two new recruits. Tsukuba is a transfer student from Hokkaido, who became an ace at the local variant of karuta, and would love to transfer the skills to the real game, but he’s not yet the hot stuff that he thinks he is. And then there is Sumire Hanano, the one first year girl who is so obsessed with love, and getting Taichi as a boyfriend that she’ll even put up with playing karuta to do so. While Tsukuba’s a shoe-in for the club, his personality quirks aside, it takes a while for Sumire to appreciate the game, but it begins when she learns just how many love poems there are in the game that speak to her on a personal level. 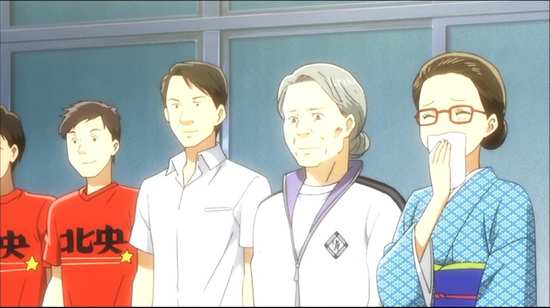 From then on it’s the local high school tournament which will select the two teams going to the Nationals, and then the Nationals themselves, with both the team and the individual tournaments. It’s all about Chihaya’s greed at this point, and it’s a matter of seeing if she will achieve all her aims. Will the karuta team become the best in Japan, will the team members all triumph in the individuals, will she get to play the Queen Shinobu in a rematch after last year’s drubbing, will she finally get to play Arata again, who this year has been giving the game his full attention. It would be a wild fantasy if Chihaya would achieve all her goals, and we get to follow the team on all their triumphs and losses as they work their way through the tournaments, and we get to see how they use what they learn along the way. Chihayafuru’s strength is that it doesn’t just focus on Chihaya’s team, but it will also develop the characters they play against; show us their personalities, their backgrounds and motivations too, so each match really becomes a balanced narrative. 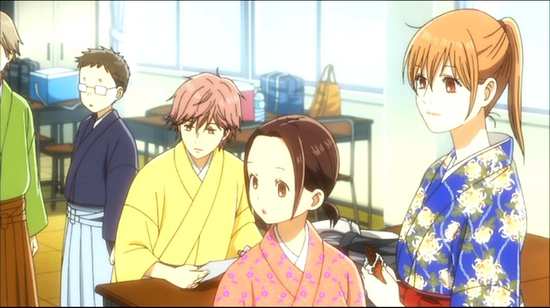 Chihayafuru is a thoroughly enjoyable ride from beginning to end; I loved every minute of it. There are only two drawbacks to this collection. One is an ill-placed and oddly punctuated recap episode, which I can forgive, and the fact that it leaves you very much wanting a third season, which at this point in time doesn’t exist. Chihaya doesn’t achieve all her ambitions in this collection; it would be highly convenient if she did so in just 25 episodes. But you really do want to see her, and her team succeed, and you really do want to see the resolution of the Taichi, Chihaya and Arata triangle. It’s a popular property in Japan, with a couple of live action feature films in production, but less so in the West, as not even the recourse of the original manga is available to us, as that is yet to be licensed and translated. 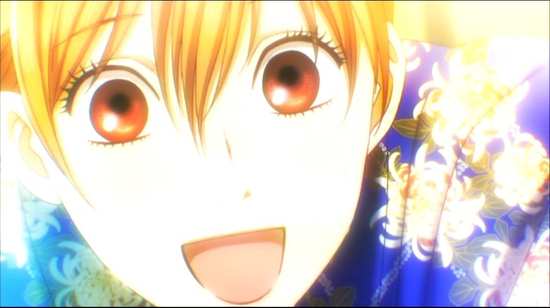 Chihayafuru may just be about a very traditional card game, but it’s the best sports anime I have seen, and you’ll be missing out if you don’t give it a try. Thankfully it’s still on Crunchyroll at this time, so you can try before you buy. Chihayafuru is one of the rare titles where I finished watching the final episode, and my first instinct was to put the first episode on right away, and watch it all through again. This really is top tier anime.