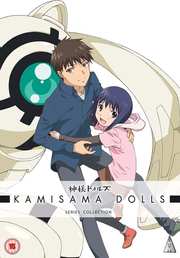 This isn’t Kamisama Kiss Season 2, although that would be a neat trick, getting the DVDs for a series that has only just started being broadcast in Japan. But if you’ve come wandering over to this section of the DVD aisle, just perusing, browsing, and window-shopping, or whatever equivalent applies to the Internet, then don’t let the Kamisama in the title fool you. Kamisama Dolls has as much in common with Kamisama Kiss as The Avengers have with The Avengers Assemble. You won’t be getting the same, wholesome, heart-warming supernatural rom-com experience from Kamisama Dolls, at least not entirely. It mixes up its cutesy rom-com elements with a fair bit of gory supernatural action. 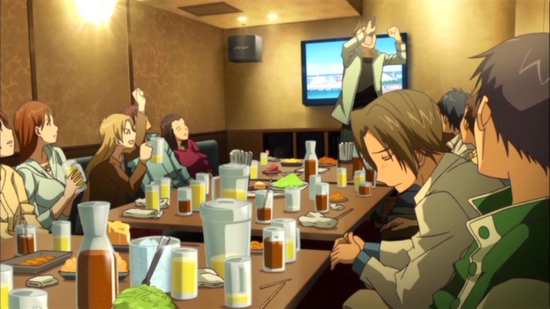 All Kyohei Kuga wanted was a simple life as a student, attending classes at university, and perhaps his biggest challenge, catching the attention of classmate Shiba Hibino. A simple life was always going to be denied him though, as he hails from one of those small villages in rural Japan, the kind that have villagers that keep to themselves, have arcane secrets, and harbour supernatural mysteries. He used to be a Seki, able to control wooden gods named Kakashi with the power of his mind, capable of amazing feats. But a dark incident in his past drove him to give all that up and escape to the mundanity of city life. But when he and Hibino come across a corpse in a lift, it becomes clear that he can’t escape that past, and there’s a Kakashi loose in the city that he will have to deal with. What’s worse is that he knows its Seki. 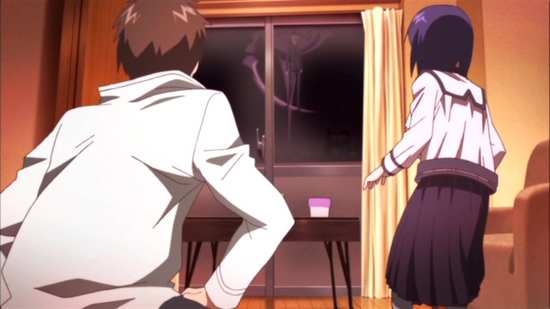 13 episodes of Kamisama Dolls, plus extras are presented across two discs by MVM. 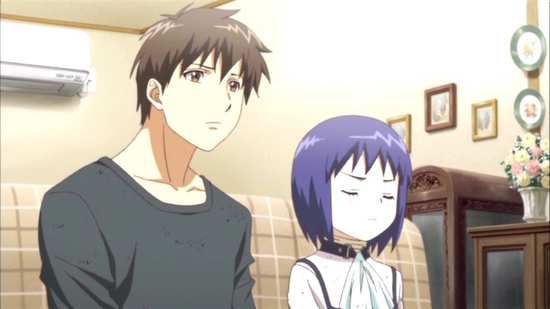 Kamisama Dolls gets a 1.78:1 anamorphic PAL transfer on these discs, and it lives up to the standards that we have come to expect from anime transfers these days, clear, sharp, with good detail, smooth animation, and not visibly marred by compression artefacts or aliasing. It also scales up to HD displays adequately enough, which is good as just like Battle Girls: Time Paradox, it doesn’t get a Region B Blu-ray release either here or in Australia; your only option is a Region A US release. Kamisama Dolls’ animation is a little more centred on realism when it comes to character design, especially for the adult characters, and the world design and the quality of the animation reflects where it’s trying to take the story, with detailed and fluid action sequences, offset by the odd cutesy moment for comedy. The younger characters, Utao particularly still manage to go for that cute, comic aesthetic, and the conflicting approaches to storytelling are just as jarring when it comes to the visuals. Still, Kamisama Dolls does manage to impress compared to most of the other serial anime I have reviewed recently. 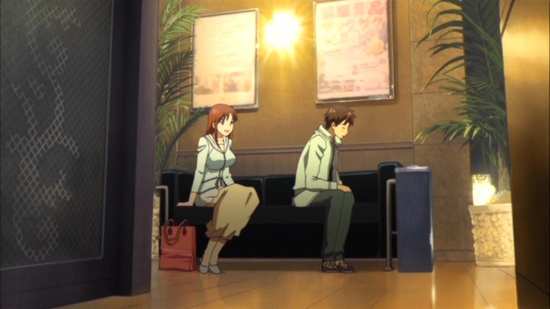 It’s the usual suspects here, DD 2.0 Stereo English and Japanese, with optional translated subtitles and a signs only track. The original language is the way to go here, decent actor performances well-suited to their characters, and subtitles that flow well and are easy to read. I tried the English dub, and it’s another Sentai classic, just two minutes before I declaimed “Yuck”, and turned it off. They just don’t bother trying anymore. One problem that can’t be avoided is the layer change. On both discs the layer change is awkwardly placed. And the opening theme is annoying to the extreme; I kept hoping that the vocalist would at least one time find the beat! 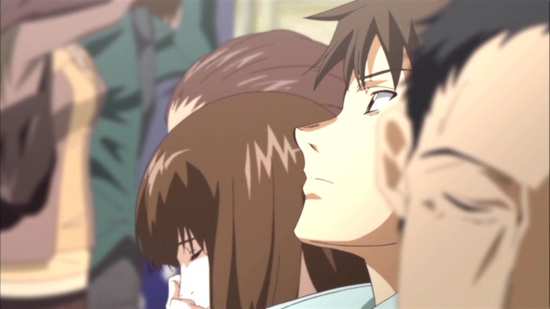 Again, just like the recent Battle Girls: Time Paradox, Kamisama Dolls follows the Sentai via Madman Entertainment route to the UK, but unlike that title, this one doesn’t have the translated English credits after each episode, just one single translated credit reel at the end of each disc. The discs present the show with static menus and jacket pictures.

The extras on disc 2 begin with 5 minutes worth of subtitled Japanese promos, three in total. There are 4 subtitled Japanese Commercials for the show running to a minute in total, you get the textless opening, and only one textless ending (the endings have clips from the show just watched and clips from the upcoming show in them so all are different). There are 12 pieces of gorgeous promo art in the Artwork Gallery, and you get Madman trailers for Ikki Tousen: Xtreme Xecutor, Garden of Sinners, and Blast of Tempest. 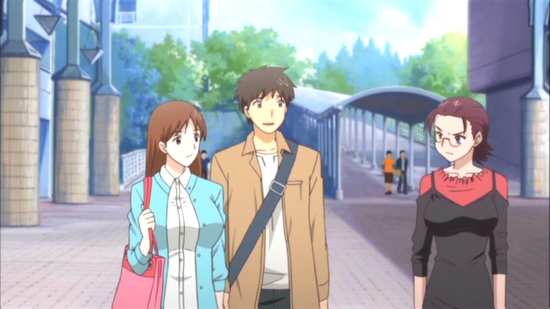 The extra feature that will probably get the most play is the collection of short animations to go with the show, six in total running to 12:30, and offering a whole lot of fan service, switching to the Kamisama Dolls Corner hand puppets (each episode ends in a Kamisama Dolls Corner) when the exploitation gets a little too much.

Isolated communities with ominous secrets are commonplace in anime. There’s always something creepy going on in a mountain village somewhere, but it makes for great storytelling opportunities in shows like Shiki, Higurashi When They Cry, and even Shingu. Kamisama Dolls is another of these shows, and it offers a really intriguing premise of people being raised to control massive wooden automata imbued with the spirits of deities. It’s like a secret club for wooden mecha pilots that stretches back into the distant past. Ostensibly used for helpful and constructive purposes, the personalities of the controllers, the Seki invariably get in the way, and things are even more fractious when the village is split down clan lines. It’s the obnoxious underbelly beneath an idyllic exterior that has our protagonist in Tokyo at the start of the show, having left his past, and his duties as a Seki behind. It is a promising setup for a story, but unfortunately Kamisama Dolls does little with this setup that is new, is hamstrung by the way it tells its story, and has an ending which does it no favours whatsoever. 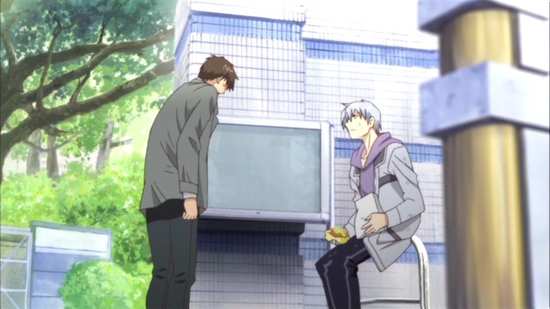 Kyohei Kuga might have the perfect student life in Tokyo (albeit with a hidden dark past), and he’s getting closer to the animated cleavage of fellow student Hibino, but that life is shattered when Aki escapes from the village, and captivity. He’s heading for Tokyo, he wants to pick up where he left off with Kyohei, and that wasn’t a happy place, and pretty soon all manner of villagers are showing up, ostensibly to recapture Aki, but pretty soon they’re all making Kyohei’s life a mess. That might not seem so with his little, and painfully cute sister Utao, who’s inherited his Kakashi Kukuri, the cute wooden god that looks like a dog with floppy ears. 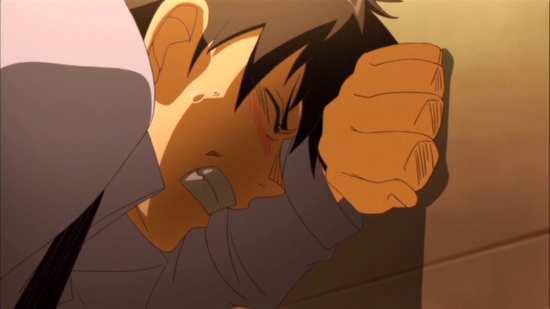 But Utao isn’t all that well-versed in controlling Kukuri, so one crash and wrecked apartment later, they’ve all moved in with Hibino, and Kyohei is teaching his kid sister how to pilot. We also get the jealous sister with a brother complex syndrome thrown in close proximity with the girl that big brother is actually sweet on. Later on it turns out that Utao has a twin brother than no one had heard of, and Kirio’s been adopted by the other clan, and he’s even more obnoxious. The first thing he does is pick a fight with his sister. Even later, the ultimate in obnoxiousness turns up, a girl named Mahiru who’s been sweet on Kyohei since before he left the village, and whose jealousy explodes violently when she sees Hibino. This anime most certainly isn’t short on clichés. Pretty soon, Tokyo’s turned into a battleground as all these obnoxious personalities go to war commanding their giant wooden god proxies. 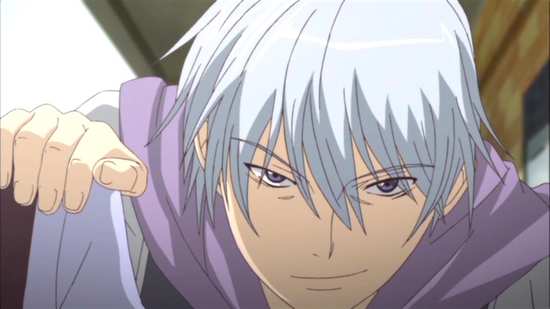 In between these personality conflicts (and the obligatory beach episode), we get some of the interesting story doled out, the back-story in the village some six or eight years previously, where we learn more about the village, the Kakashi, and the Seki, and more specifically the dark events that shaped the main cast in to the paragons of obnoxiousness that they are today. Eventually, you might even start feeling some sympathy for characters like Kirio, Aki, and even Mahiru (although when the latter does finally get a slap, you will still cheer), but the main problem is that the interesting stuff is the back-story, and there’s always that sinking feeling when the flashback ends. 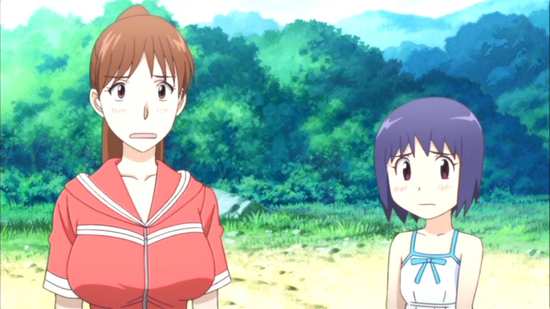 The second problem is the uneven tone of the thing. This is a show that gets relentlessly dark at times, there’s mass murder, blood and gore, sexual assault and rape. And then in the next scene we’ll have a whole lot of Utao being cute, making cookies, or dressed in maid’s outfit, tripping over and breaking a dish or two. You have Kyohei wandering into a bathroom at the wrong time and getting a glimpse of Hibino naked, and backpedalling furiously into his apologetic blushes. You’ll either want Kamisama Dolls to be cute, cliché comedy central, or you’ll want it to be full on blood and guts, gore and action. But you don’t want it to be both. 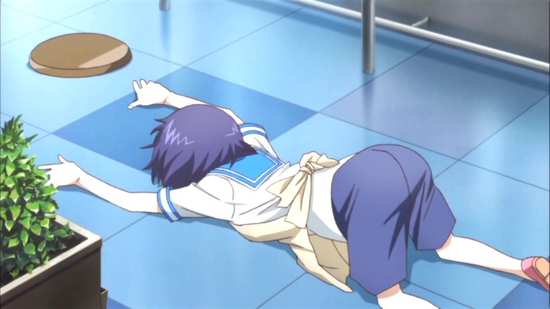 The final problem is the ending. There isn’t one. A couple of plot threads are concluded here, but far too many more are left hanging, and the show ends with a blatant ‘to be continued’ sign, and there is no more anime. This series is all that the story got. So in the end, Kamisama Dolls has a clichéd and disappointing execution, is awkwardly uneven of tone, and leaves the viewer hanging. Despite all this, I did manage to get a few moments of entertainment from the show. I actually preferred the cutesy comic side that focussed on the Utao, Hibino and Kyohei dynamic, and there was enough of that to distract me from the more obnoxious characters.