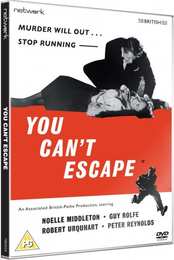 Review for You Can't Escape 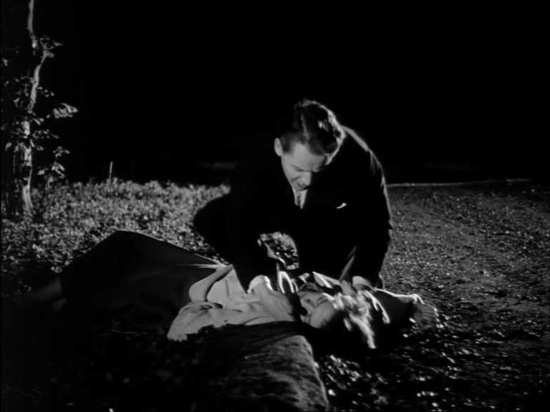 ‘You Can’t Escape’ turned out to be quite a treat. This little known Wilfred Eades (best known as a TV TV Director on shows like ‘Armchair Theater’ and ‘ITV Play of the Week’) directed thriller is full of action from the off and whilst it all feels a little dated now, it has a certain old school charm – like the very best of ITC shows from back in the day. It also looks substantially better than it has any right to after all these years, presumably transferred from an almost flawless or little-played print. (I’m referring to the originally filmed 1.33:1 aspect ratio version which is included here – I can’t stand seeing OAR being panned and scanned. That said, the 16:9 cropped theatrical version is also included should you want to see it.)

Featuring a top-notch cast it’s a crime drama with a few twists. Novelist Peter Darwin happens to be at an airfield, along with a pernicious journalist looking for a story, when a wealthy heiress, Kay March, narrowly misses another plane whilst landing. Darwin jumps to her rescue, pulling her from the plane just seconds before the fuel tanks burst into flames. She’s a cool cucumber and invites him for tea at her home, a rambling estate set out in the countryside. He eagerly joins her and before long a romance develops between the two and they become engaged. So far so good. 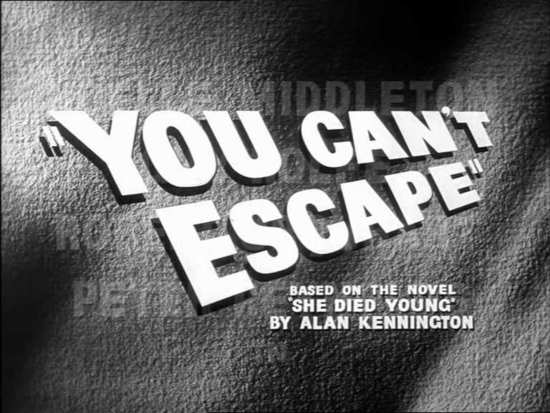 But then the plot thickens when an old flame, Claire, who he has abandoned in preference of the wealthy heiress arrives with news that she is carrying his child. Giving her a lift in his car and argument ensues which results in her falling from the car at speed. When he goes back to find her on the roadside, he discovers she is dead. Rather than risk scandal and the possibility of losing the hand of his new found fiancé, he elects to hide the body. After all, very few people know of her and it’s unlikely that she would be quickly missed. Unable to find the right moment, his fiancé discovers the body in his car and, following a brief explanation, he persuades her, against her better judgment, to help dispose of the body, which they do in the grounds of the estate. 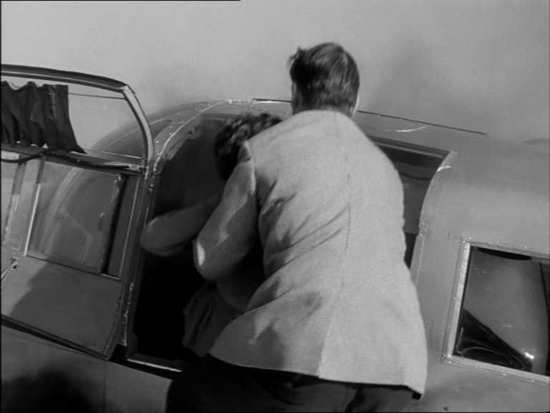 However, the fiancé is missed by a Doctor friend who grew up with the girl and was concerned for her welfare. Also in the wings is that pernicious journalist friend of Darwins who, jealous of his success as a novelist, is determined to dig up some dirt. 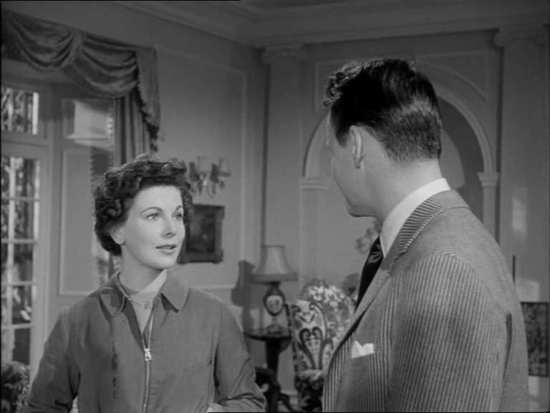 Before long, with his suspicions aroused, he starts to blackmail Darwin. Then there’s the pesky local archaeologist group who he has tipped off will find items of historic interest in the grounds – and start a dig, eventually finding the body. 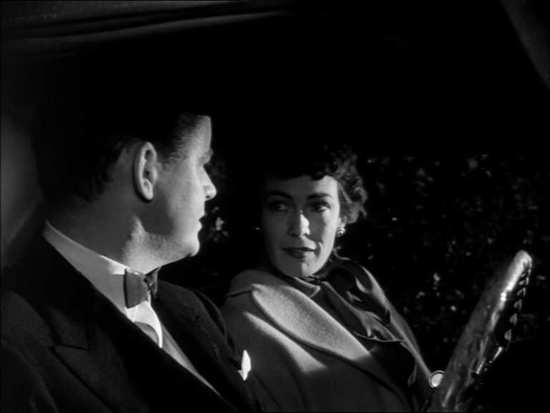 Then things go from bad to worse, with the Doctor falling for Darwin’s fiancé and the journalist applying more and more pressure. Darwin finds that there are few alternatives left and murder is soon on the agenda. But as we see – for a murderer, there truly is no way to escape.

Made in 1956, ‘You Can’t Escape’ exudes the era in every regard. From its tightly directed approach to its clipped dialogue, to cigarettes in almost every scene, it’s very much a film of its time – though I say this as a good thing. 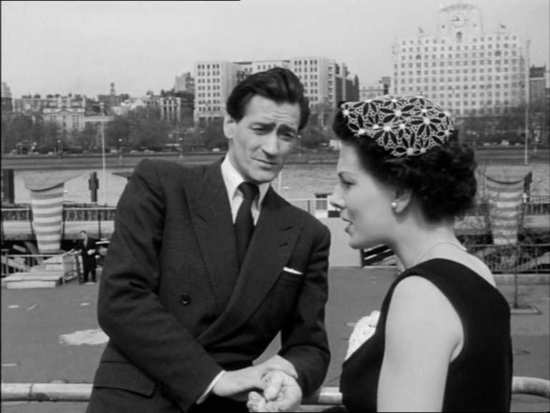 Some viewers may recognise Noelle Middleton (Kay) from her frequent TV appearances throughout the 50’s and 60’s (‘Softly Softly’, ‘Doomwatch’, ‘Man of the World’) and they’ll certainly recognise Guy Rolfe (as the Doctor) who played in countless ITC shows (‘The Saint’, ‘Department S’, ‘The Champions’) but who will be perhaps best remembered for his role as the ‘Puppet Master’ in the series of movies that came out in the eighties. 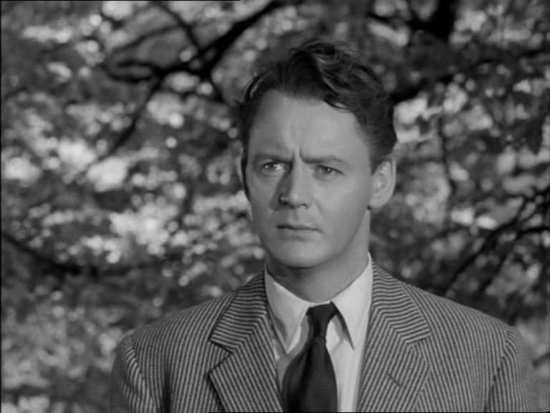 Then there’s the suave, almost smarmy Peter Darwin played by Robert Urquhart, another ITC regular who also appeared three years earlier in the title role of a Paul Temple film. All in all, a top notch cast. 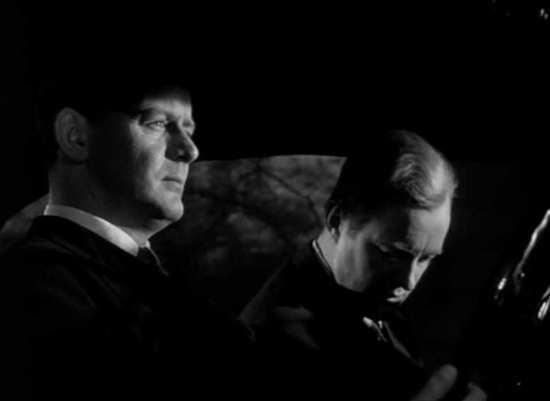 The DVD comes with an original trailer, an image gallery and two different versions of the film, identical I think, other than their aspect ratios.
‘You Can’t Escape’ is yet another welcome release from Network’s British Film Collection and one which I’m sure fans of this era of British film will want to add to their collection. 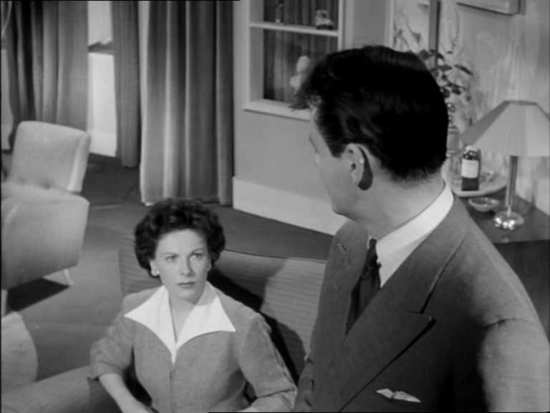