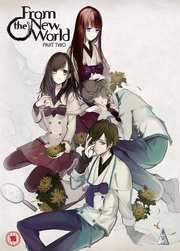 DVD
From the New World Part 1

Review for From the New World Part 2

It’s time for another bus metaphor. You wait for one good sci-fi anime show, and two turn up at once. I started off raving about From the New World when I watched Part 1 last month, and then Psycho-Pass turned up and redefined my standards for exceptional sci-fi anime, in the process reminding me of just how good Ghost in the Shell: Stand Alone Complex was. Of course that’s great if you love the old cyberpunk thing, but From the New World is a little more traditional in its approach to its sci-fi story, a little more deliberate and measured with its world building. Having said that, at the end of Part 1, I did worry a little that it had shown all of its cards with those first thirteen episodes, and was curious as to what its second part could potentially add to that. I didn’t have to wait too long, as Part 2 is now here, and I take a look at the second half of the story. 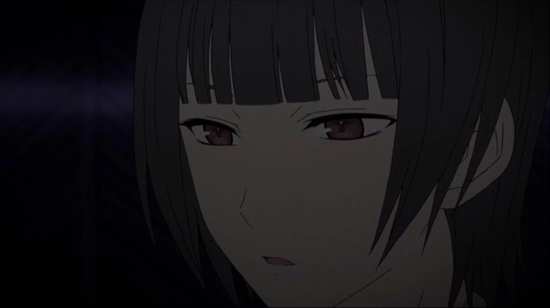 The New World of the title is the world of the future, 1000 years hence, when humanity is finally at peace, and existing in small peaceful rural communities free of pollution, greed, over-exploitation and crime. It’s all down to the mind, as mankind really has evolved. Now, everyone is born with psycho-kinetic abilities, the power of mind over matter, and from birth is taught how to control those powers, use them in a constructive way to be an integral part of the community. 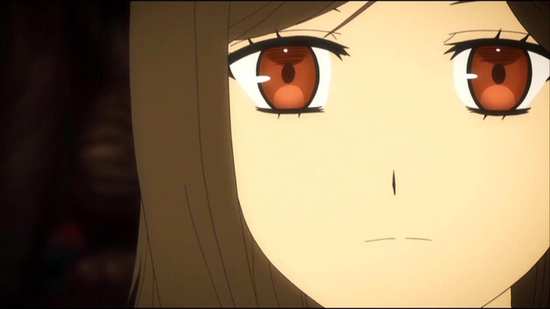 For Saki Watanabe, the next milestone on her journey to adulthood has arrived as she graduates from elementary school as her powers develop. She’s a late bloomer, the last of her friends to start the Academy, but it’s when she realises that she is the last in her class to graduate that she starts to ask questions about her world. What happened to the children that were left behind? Why do children at the Academy vanish? And what is it that the adults don’t tell them about the world in which they live? Why aren’t they allowed even to be curious? 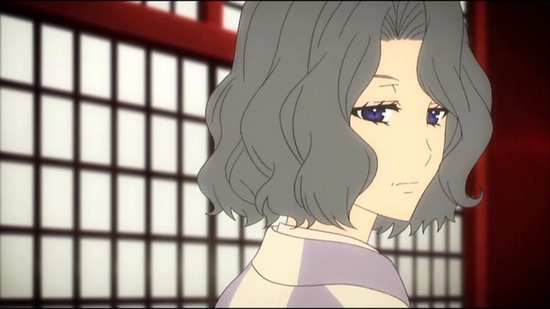 Twelve episodes of From the New World Part 2 conclude the series and are presented across two discs from MVM. 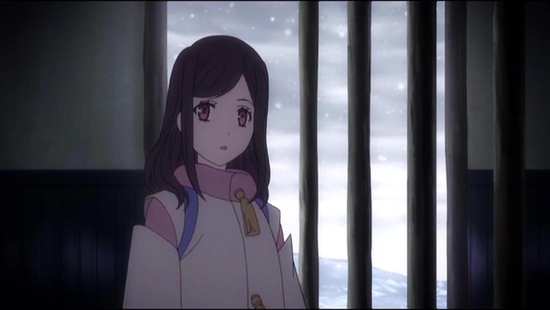 From the New World gets a 1.78:1 widescreen transfer in native PAL format. The image is clear and sharp throughout, offering good detail and colour reproduction. Compression signs are minimal, as is aliasing, and the animation remains fluid and unmarred throughout. It’s a quality transfer for a quality show, which also scales up to an HD panel without issue. 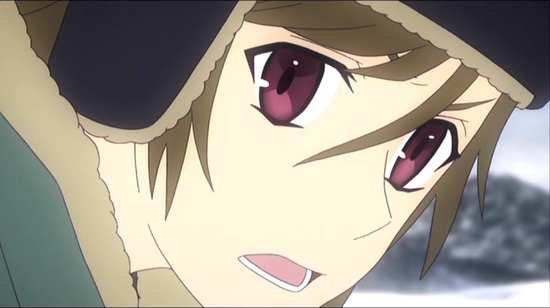 From the New World’s animation is fantastic. The backgrounds are rich in detail, the character designs are evocative and memorable, and the quality of the animation borders on the theatrical. From the New World is a rare, purely dramatic show, and it makes great use of style and atmosphere to tell its story, whether it’s grainy flashback sequences, silhouetted animation, or rotoscoped character animation for the action sequences. It’s a high quality, high budgeted work that really does sell its story on the strength of the visuals. It makes you forget that you are even watching an animation, and lets you lose yourself in the story. This is one of the better animated shows I have seen in recent months and years, and it looks pretty spectacular in this DVD release. 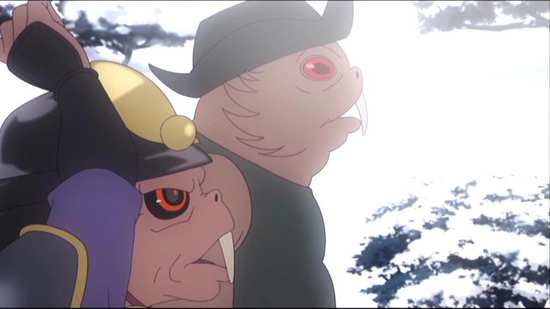 I had a problem with disc 1 freezing and skipping at 2.11:58, some 5 minutes from the end of episode 19, which occurred on my Sony DVP-NS705 DVD player. The issue didn’t repeat on either my Panasonic DVD player, or my Panasonic Blu-ray. Also, on Disc 2, some 47:02 minutes in, there’s a visual glitch, five consecutive frames of pixellation. 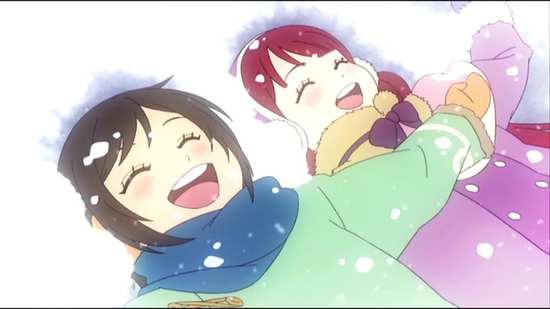 You have the choice between DD 2.0 English and Japanese, with optional translated (white) subtitles and a signs only track. It will come as no surprise that I went with, and was very happy with the original Japanese audio. But I did have some trepidation about the usual standard of Sentai dubs, and from what little I sampled, it wasn’t quite that bad. Some of the characters, particularly Maria didn’t get suitable voices, but the actor performances are a little more agreeable this time around. The dialogue is clear throughout, there’s a nice level of stereo separation for the sound effects, and the show’s music works well. The subtitles too, are accurately timed and free of typographical error. 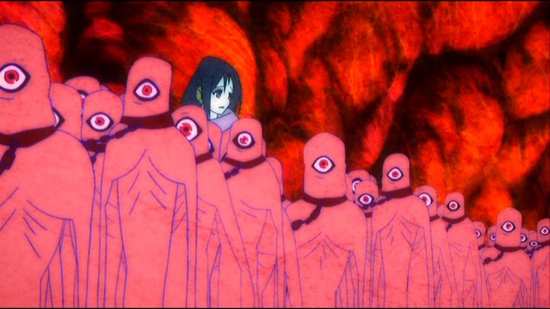 From the New World once more gets the static menu presentation. The only extras are on disc 2, 6½ minutes of promos for the series, the textless closing for the second half, and Hanabee (and in some cases MVM) trailers for Nekomonogatari Black, Amnesia, Devil Survivor 2, Valvrave the Liberator, and Watamote. 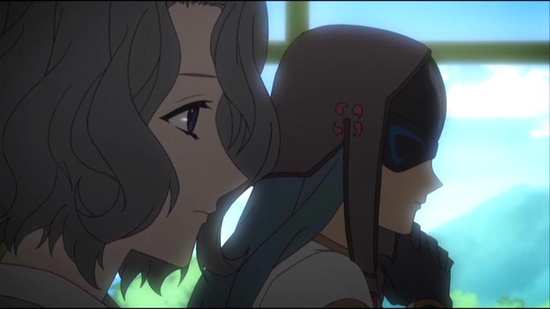 I was a little justified in not expecting Part 2 to continue in the same vein as Part 1. If Part 1 accomplished the world-building aspect of From the New World, introducing its characters, setting the scene, exploring just what made this distant future world tick, with its populace of humans with god-like powers, and their Monster Rat servants, then Part 2 is where the meat of the story is, which takes the speculative fiction of Part 1 and extrapolates just what will result. That isn’t necessarily a bad thing, as even the hardest of SF needs a little story to hook the reader, or the viewer. It’s how that story is accomplished that is the thing. From the New World Part 2 has more than the odd misstep in how its story unfolds, but the final moments of the show are a corker, a twist worthy of any classic SF author, and the best Outer Limits episodes. It’s wholly unexpected, and it blew my mind. For about an hour afterwards, I was convinced that this was the best sci-fi anime that I had seen the past few years, but then I remembered Psycho-Pass, and then I also recalled those missteps that I mentioned. Also the thing about mind blowing twists are that they only work the once. When it comes to repeat viewing, you won’t have that crutch to fall back on, and you’ll have to evaluate the show as a whole. 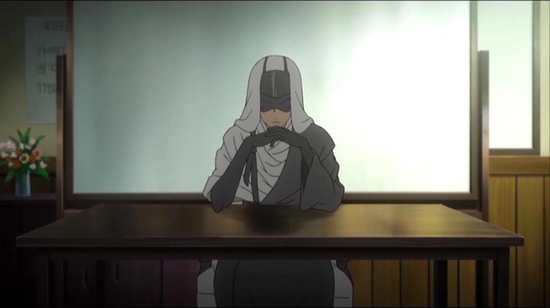 The story is Rise of the Planet of the Monster Rats, and it begins during the first three episodes of this release, which conclude a story arc that began at the end of the previous volume. Two of Saki’s group, Mamoru and Maria decide to leave the town when it becomes clear that the elders have prejudged Mamoru and found his development insufficient for society. By this point it’s become clear that the humans practice a terminal form of social engineering on their children to weed out aberrations or abnormal development, something that’s understandable if cruel when you’re dealing with godlike powers. Mamoru and Maria’s departure from the village serves as the trigger for the plan of the Monster Rats. 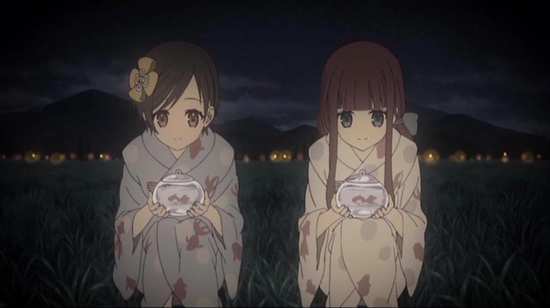 We met a few notable Monster Rats in the first volume, notably the forthright and honourable Kiroumaru, as well as the wily and scheming Squeara. We also got a look at how the society of the Monster Rats was structured, functioning as a hive, but with the individual members with almost human intelligence, bred to serve humanity at the whim of humans with mental powers that the rats do not share, and do not comprehend. It became clear pretty quickly that the Monster Rats were a slave race, and the consequences of that subservient relationship to man is all too predictable; rebellion. 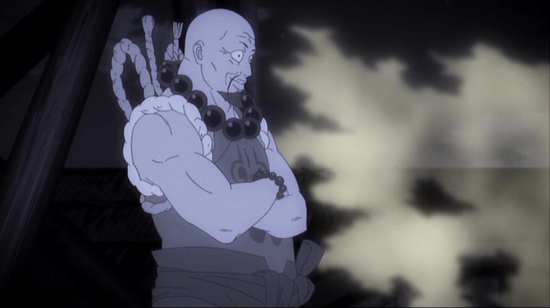 We have a significant time skip here, as the story jumps ahead 12 years, and that is pretty hard to justify in a narrative, and I found it to be a little jarring in the story, as was the brief hit of exposition to catch up on all the significant events in the story. The two remaining survivors of Group 1, Saki and Satoru are now functioning members of society, with Saki well on her way to that position of leadership for which she has been bred. And it’s then that the Monster Rat uprising begins. The reason for their wait before striking back against the humans becomes clear when their trump card is revealed. They have an ‘ogre’ at their command. An ogre is what the humans term someone who loses control of their powers, the harsh elimination of children during childhood and adolescence is in large part to prevent the creation of ogres, so the question arises of where this one came from. 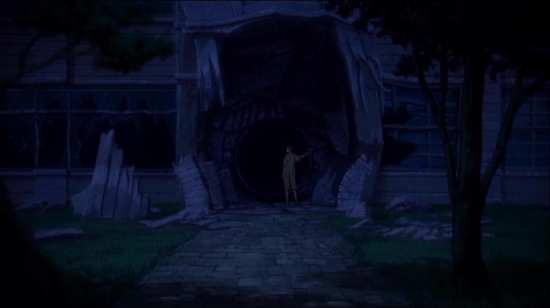 Speaking of questions, a fair few of those questions that were left lingering at the end of Part 1 almost get forgotten as the show focuses on the Monster Rat rebellion, although one very important question does get a partial answer as the series concludes. But the focus is very much on the Monster Rats, as a potential weapon against the ogre is revealed, and Saki and Satoru have to go on a journey to the ruins of Tokyo to find it. It’s here that we get some idea of what happened to human society, its downfall a thousand years previously, and we also get some idea of where and why the mutated menagerie of dangerous animals has arisen. 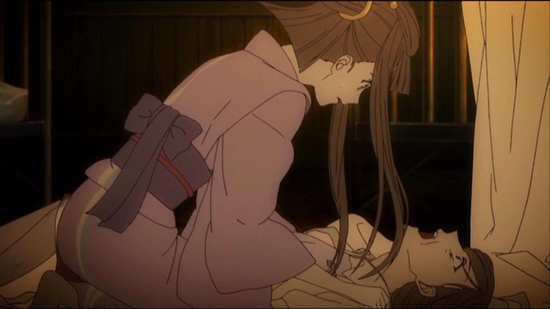 As the show came to a conclusion, I did have the feeling that it wasn’t quite as satisfying as the first half. It’s those questions that were left unanswered that niggled a little, but more than that it was the time-skips and uneven pacing. In fact the final episode offers its epilogue as a big burst of spoken exposition, which for me would normally knock a show down in my estimation. But then From the New World delivers that killer twist in its tale, a revelation that makes you look at the whole show again in a new light, what I would call a proper SF ending, and From the New World goes straight to the top of my re-watch pile. 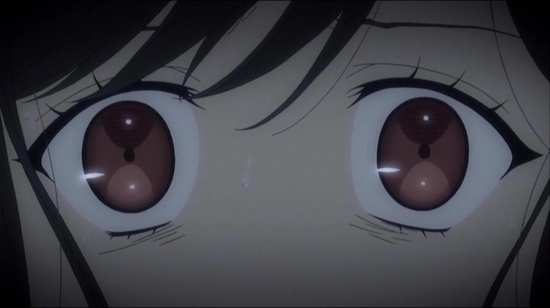 If you want good, traditional science fiction in anime form, you’re not going to get much better than From the New World, which despite its issues still manages to shine brighter than most of its peers.