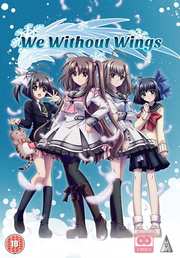 We Without Wings: Collection (DVD Details)

Review for We Without Wings: Collection

The summer of lust 2014 continues, with the next instalment of blatant fan service to hit UK shores. We’ve had MVM kick things off with their go to standard of Ikki Tousen, releasing the third series Great Guardians. The baton was then passed to Manga Entertainment who delivered the boobtastic High School DxD, followed by the not quite so sproing inducing Aesthetica of a Rogue Hero. It’s MVM’s turn again, as we ask whether their release of We Without Wings (Under the Innocent Sky), will be pitching trouser tents across the nation as we head into July. When a series kicks off by introducing its female characters by freezing frame and giving a quick few frames of X-ray vision to see under the school uniforms, you know exactly where this show is targeted. 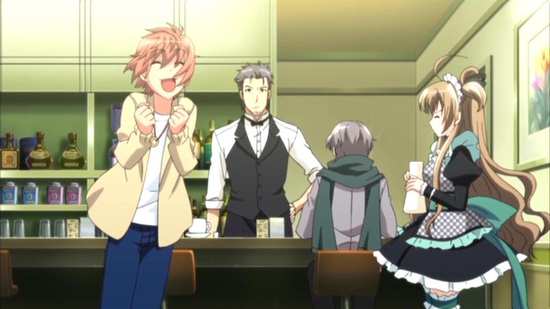 Except We Without Wings might not be as simple as all that. Way back when, I was thoroughly blown away with the one two punch of Baccano! and Durarara!!, two shows which delivered anime with an unconventional narrative, hopping back and forth through time for Baccano!, and throwing random bits of character development and story elements at the screen for Durarara!!, making viewers work at the story, and offering much more satisfying experiences as a result. We Without Wings takes its cue from Durarara!! which told stories of various lives that intersected in Akihabara. We Without Wings tells tales of various lives that intersect in the town of Yanagihara, and it does so in a random, piecemeal manner that you’ll have to work at. Finally, we might just have the next Durarara!!, with added tits and arse... 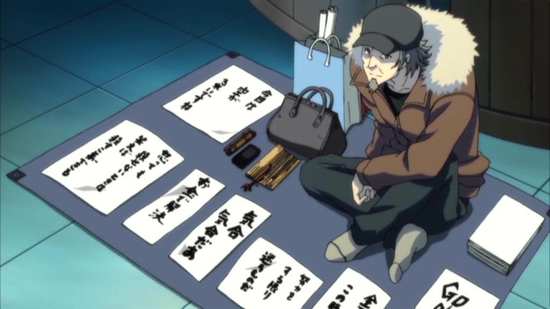 Three lives collide in Yanagihara, as well as the various people that revolve around them. Takashi Haneda is a high school student with more than his fair share of female attention, but also with something of an inferiority complex. He’s also convinced that any day, he’ll be required to leave this world and head for the world of Gretagard, where he is known as a champion of justice. Shusuke Chitose is something of a playboy, spending most of his time at the Alexander restaurant, hitting on waitresses, and being hit by waitresses. He’s there so much that he winds up working there, as well as his job as a reviewer for a magazine. Then there is Hayato Narita, also known as Drac due to his nocturnal lifestyle. He’s unemployed, or rather in business as a fixit guy for the local underworld. He may have a hardboiled personality, but that doesn’t stop him spending most evenings looking for cute girl Naru Otori’s bike. And getting in the middle of a gang war between Naru’s brother Kakeru’s Yanagihara Flame Birdes, and the fundamentalist Goths R-Wing. Three completely different lives... with one thing in common... 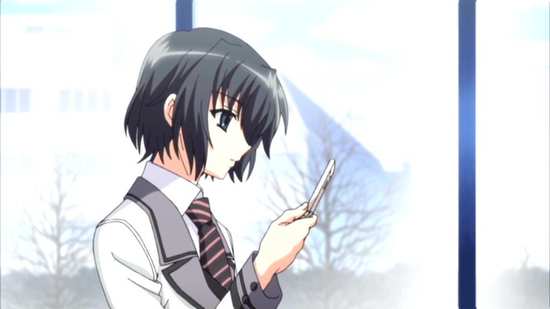 Thirteen episodes of We Without Wings are presented on DVD across two discs by MVM. 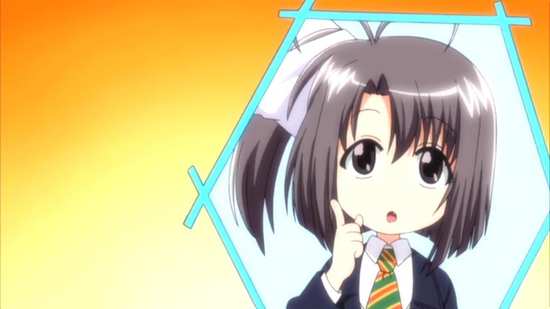 We Without Wings gets a 1.78:1 anamorphic transfer across these two dual layer discs. It’s a native PAL transfer which looks pretty good. The animation comes across well, with nice character designs and animation, and detailed and engaging world designs. Yanagihara is a colourful and complex world, if not too stylised and individual. The fantasy world of Gretagard on the other hand is pretty generic. Colours are strong, detail levels are high, and the animation up-scales well to flat panel displays. We Without Wings did get a Blu-ray release in the US and Australia, but we don’t get one in the UK at this time. 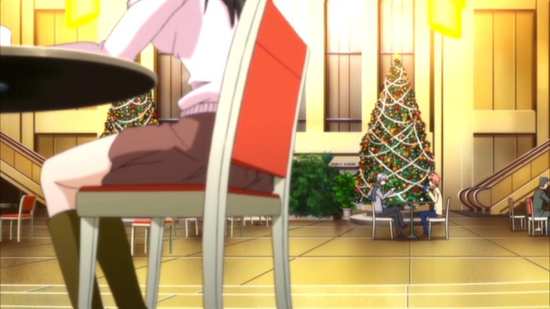 You have the choice between DD 5.1 English and DD 2.0 Japanese, with optional subtitles and a signs only track. You’ll need a fast finger on the pause button, as there is at times quite a lot of screen text to be translated. I went with the original Japanese audio, and it seems like a fairly generic dub, with the usual character stereotypes getting the usual anime voices. The same could be said of what little I sampled of the English dub, which is the usual likeable if forgettable effort from Funimation. The subtitles are timed accurately and free of typographical error. 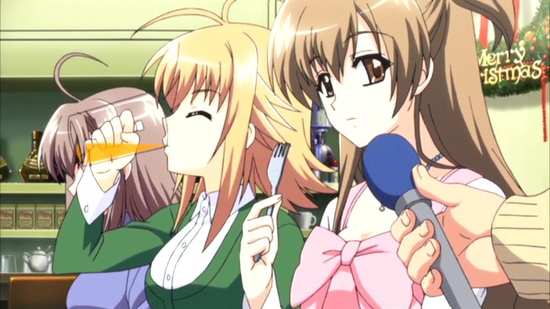 The sole extra on disc 1 is the audio commentary to accompany Episode 4. Scott Freeman (Hayato/Drac) and Zoe Latimer (Naru) talk a load of inconsequential crap over each other. Really, they just don’t give a s*** anymore at Funimation, huh? 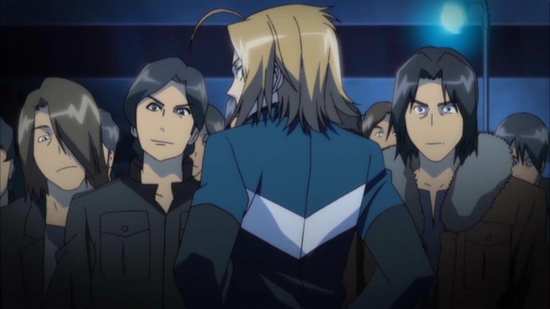 Disc 2 has an audio commentary with episode 8, featuring Joel McDonald (Takashi), and Ricco Fajardo (Shusuke), which is a lot easier to listen to. It’s still a manly gigglefest with nothing of meaning to contribute to the show, but the speakers are at least intelligible and on occasion humorous.

Otherwise, you get the usual offering of textless credits (2 endings this time), the English language trailer, and further trailers for Patlabor OVAs, Is This a Zombie? and FLCL. 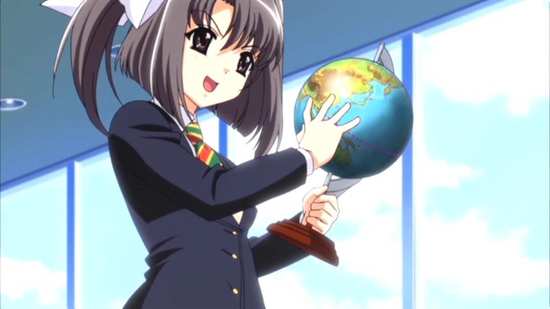 This is going to be a hard one to review. For one thing it is pure fan service. When your opening scene has one of the protagonists running into all of the girls in his life on the way to school, and the anime pauses for a second on each girl, just to go X-Ray mode for no reason whatsoever to show what said girl looks like naked, then you know that the primary goal of this series is to satisfy the tame lusts of its target otaku audience. Nudity abounds, girls will trip over, panties will be displayed, and hapless males will get into compromising positions with them through no fault of their own. There is even some sexual content to be wary of, wholly justifying this anime’s 18 rating from the BBFC. Quite frankly, with the amount of such anime released over the last few weeks, I’m getting bored with the stuff. 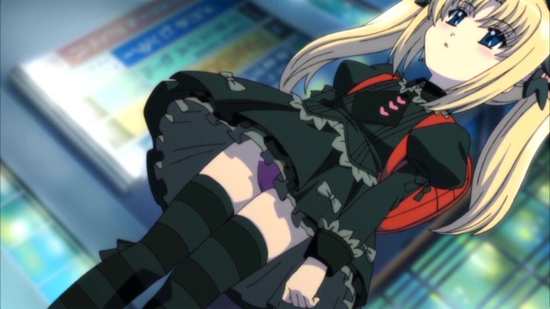 But then there is the story and the characters, which is actually handled pretty well in We Without Wings. The characters are nice, likeable, and have a degree of depth beyond what is usually required of a fan service anime. The story starts off clumsily, trying to do a Durarara!! and throw everything at the screen at random, but failing to engender the empathy required to draw the viewer in, and not even leaving the potential of seeing these plot threads coalesce into a meaningful story. It’s all random, bits of scenes here and there, lacking context and intent. That isn’t helped by the sheer character overload in the show. There’s no way that you’ll be able to keep track of who is who and where they fit in, especially at first, although by the end of the show the important characters will register. 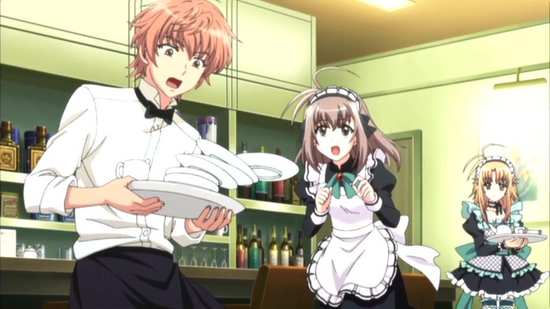 You really do have to stick it through the first four episodes, as it’s the end of episode 4 where you get the plot twist that makes it all make sense. It’s just one moment that makes the story come into focus, and if you make it that far, the chances are that you will then be motivated to see the story through to the end. That it’s the coolest moment in the show, and a major plot twist makes it a downright spoiler, which means I’m not going to tell you what it is, and that is the toughest obstacle I face in reviewing this show. 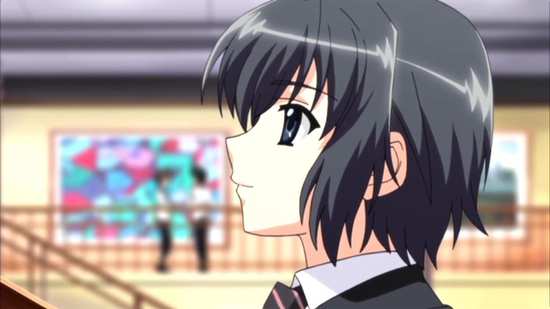 It is a cool twist though, and offers something that I don’t recall seeing in an anime before. That almost automatically makes me give this show a pass. If there is one thing that I want from my anime series, it’s something new, and the story in We Without Wings isn’t done too often in my experience. That makes me weather the incessant fan service through to the end, which for me was satisfying and engaging. We Without Wings does have its faults of course, again mostly the aforementioned fan service. The show will take time out to focus on this aspect, not an opportunity is missed for a panty shot, innuendo is the lingua franca here, and the primary characteristic of nearly everyone in this show is some degree of harmless lechery. That means the actual story will always be held back by the fan service, and not every plot thread is developed to a satisfying conclusion, only the main storyline. We Without Wings also has quite a random storytelling style, which makes sense given its main plot, with a constant theme of a television set flipping channels, and a DJ on a radio narrating the action. It ought to be stylish and unique, but it quickly gets tiresome enough that I wound up tuning it out. That doesn’t stop the show from coming, eventually and despite its fan service impediments, to a satisfying conclusion. 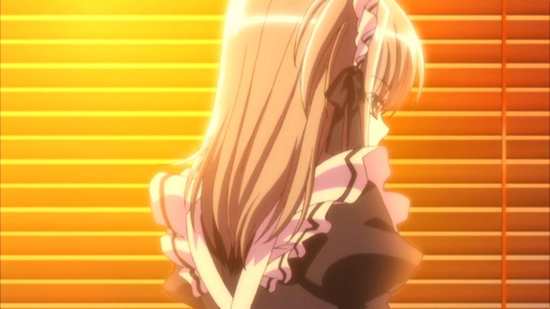 And just when you think it’s all over, you get the OVA episode as well, episode 00, which as you would expect is pure fan service. It’s classic OVA material, after a deceptive female oriented mis-start, with all of the female characters in the show winding up at a hot springs resort, and naked. I can see We Without Wings losing its shine very quickly, and it probably won’t hold up to the scrutiny of a re-watch. But for a first time viewing it does enough to get into my good graces, simply by presenting a story that I haven’t seen before in anime.