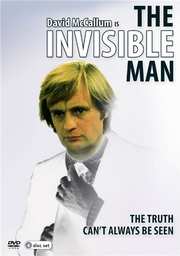 DVD
Pathfinders in Space Trilogy (The) 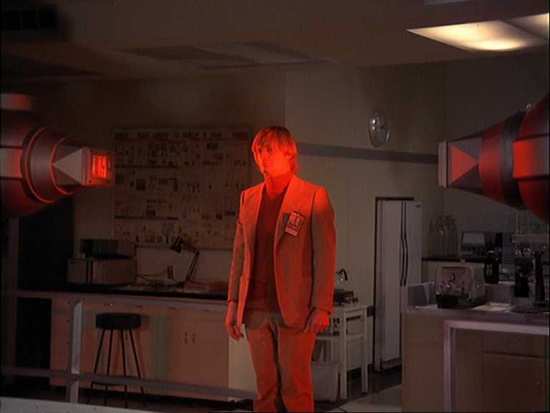 What a welcome release. It feels like one of the final pieces of a large jigsaw has fallen into place – one full of images of US sci-fi series from the early to mid-seventies like The Six Million Dollar Man, The Bionic Woman, Logan’s Run, The Gemini Man, Planet of the Apes and so on. 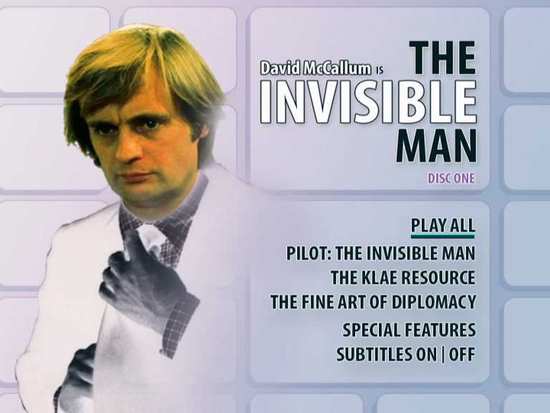 Produced to rival the success of ‘The Six Million Dollar Man’ the series showed great promise yet never quite ignited in the same way, ending life as a single season of 13 episodes only. Maybe it’s because you can’t see the hero half the time (he’s invisible) or possibly as a result of some fairly clunky story-telling, or maybe both, but on reflection, whilst this remains great fun through the lens of a ten year old’s eyes, it sure ain’t art. For me that doesn’t matter in the least as series like this function as time machines, transporting me to what seem like better times, where effects aren’t CGI generated and all models are carefully crafted from old bits of air-fix and the like. 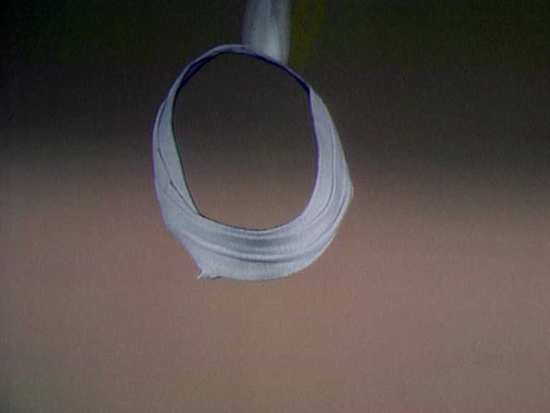 To set the tone correctly from the outset it essentially translates as 50% Six Million Dollar man and 50% Hart to Hart, with David McCallum being one part of a crime fighting duo.

NBC pulled together pretty much the same production team who had made such a great success of ‘The Six Million Dollar Man’ for ABC (Universal) so production values throughout this series remain high. 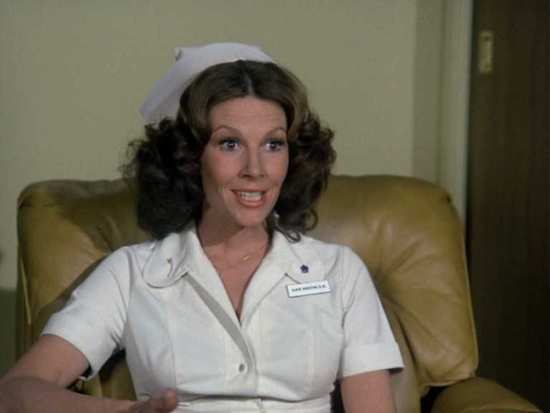 It all starts with a 90 minute pilot (included here) that basically sets up the slightly convoluted premise (in pretty much the same way as The Six Million Dollar Man did, reprising a condensed version for the title sequence of subsequent shows). The pilot is a bit clunky and long-winded and seems to set the series up in a way that suggests McCallum’s character is a rebel on the run, somewhat like ‘The Fugitive’. However, on reflection, once the series proper kicks in he’s calmed down, made peace with the people funding his research (astonishing to fathom given his reaction to them in the pilot) and agreeing to use his invisibility to fight crime for a price. His wife and assistant Kate (Melinda O. Fee who looks like a dopplenganger for Stephanie Powers) ably assists and between the two of them they set out to expose corruption and solve mysteries.
It’s all great fun though only a ten year old would be able to suspend disbelief about the rubber mask which Mr.Invisible puts on to become ‘normal again’. 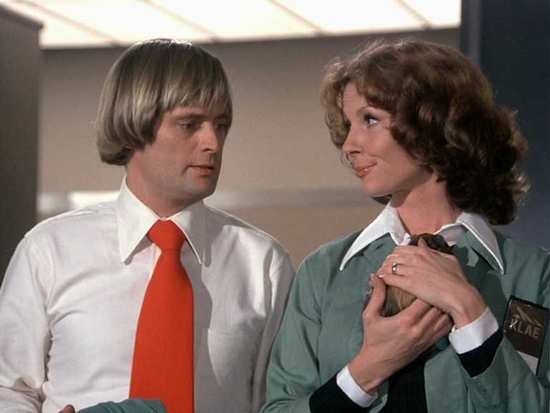 So a bit more detail. David McCallum (The Man from U.N.C.L.E. ; Sapphire & Steele) plays the part of a brilliant scientist, Dr. Daniel Westin, who whilst researching something for a private scientific research organisation (KLAE) discovers how to make objects invisible – first just pens, but soon rabbits and eventually (and inevitably) himself. But after testing the machine on himself he discovers that the invisibility seems to be permanent, a real irritation for his beautiful and brilliant young wife, Kate. 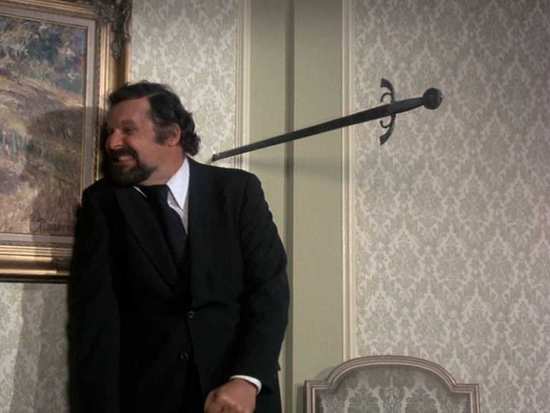 When he realises that KLAE want to use his discovery for military purposes he goes on the run, hiding from other powers and avoiding a kidnap along the way. Realising that he cannot exist on his own he returns to KLAE, sees them as the lesser of several evils and agrees to help out on some missions in exchange for research funding to help bring him back as a fully visible being. Why is anyone’s guess because he has such a blast knocking people over, scaring people half to death, cheating on gambling tables and generally bring no-gooders to justice. 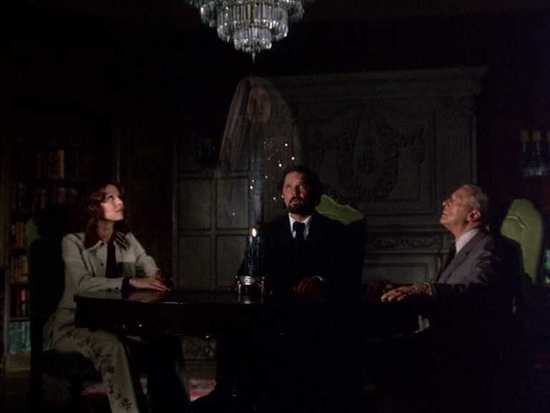 The special effects are pretty good using blue-screen chroma key though once he becomes invisible there is nothing but other actors reactions to enjoy. What a drag for McCallum who ends up doing more voice-only pieces than on camera. 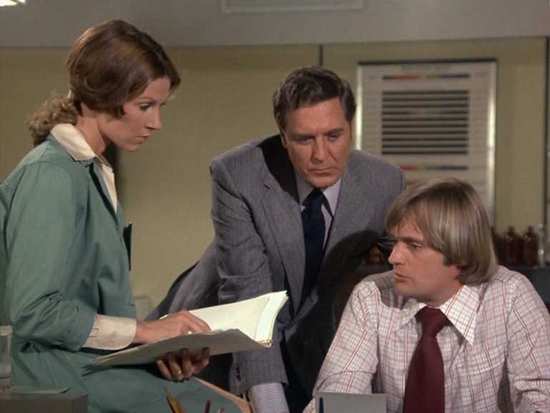 McCallum is well-cast. His dead-pan delivery seems to suit the cold scientist but whether the show lacks energy as a result is certainly up for debate. Craig Stevens (Peter Gunn) breezes through the role as McCallum’s boss though, having seen the pilot, we’re never quite sure if he’s to be trusted. 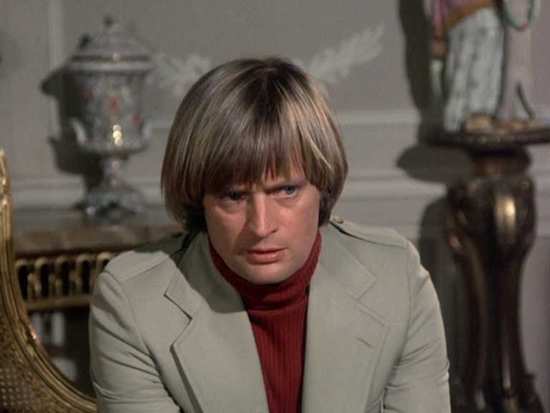 Melinda Fee pretty much carries the show as it is she who is on camera most the time, bringing a ‘Charlie’s Angels’ vibe to things.
The transfer here is perfectly acceptable and in OAR of 4:3. It’s a four disc set in a case no thicker than a single DVD, a trend that DVD collectors like myself definitely approve of given the amount of space collections start to take up.

Extra features are scant with just cast filmographies and a picture gallery. English subtitles are included. 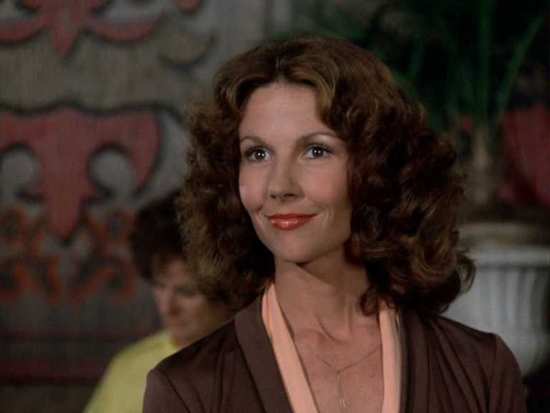 Fans of the series, or even of the era from which it came, will want to add this to the archive. Others may find it an intriguing watch and its certainly good, old fashioned escapist fun. We should be grateful to Acorn Media for adding such scarcities to their roster. 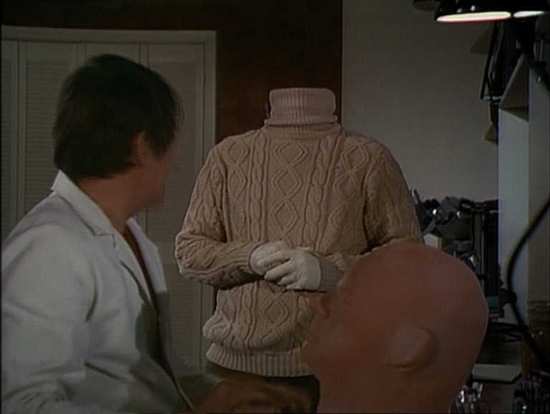