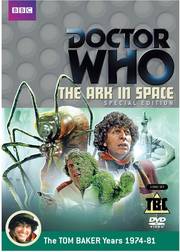 Doctor Who : The Ark in Space - Special Edition (DVD Details)

DVD
Doctor Who: The Ark in Space (UK)

DVD
Doctor Who: The Robots Of Death (UK)

The Ark in Space was the second Tom Baker Doctor Who DVD to be released, and it has now been re-released under the “Special Edition” banner, more details on what makes it special later. It features the second story from the reasonably strong 12th season of Doctor Who (the season that featured the all time classic Genesis of the Daleks). The Ark in Space follows on from perhaps the weakest story of that season, Tom Baker’s regeneration romp “Robot”. 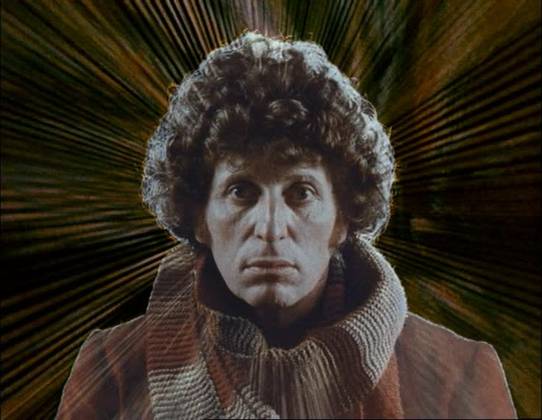 The TARDIS arrives on the space station Nerva, a kind of futuristic Noah`s Ark, but all is not well. It appears derelict and deserted, and the last survivors of the human race are being held in suspended animation. The computer hasn’t woken them up, and a nasty alien has paid them a visit. Will the human race survive? Can our heroes and the med-techs revive the inhabitants, or will that nasty alien bug win the day?

For you trivia fans, only the regular cast appear in episode 1, the first time this had happened since the very first season of the show. 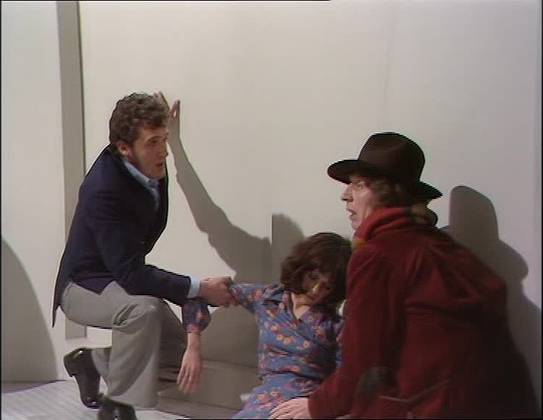 This story is 38 years old, so you might be forgiven for thinking that it will look like a 38 year old programme. And that`s true up to a point, but Roger Murray-Leach`s sets are excellent for a TV studio drama with a limited budget, and the whole thing looks reasonably convincing until we see the Wirrn transformation itself, which is about as scary as green bubblewrap with fairy liquid in it can be. But bubblewrap was very new 38 years ago, so we view it through jaded eyes...

However, the video quality itself though is excellent given the age of the story, and the option of watching it with new CGI effects that have been specially created is a thoughtful addition, as it replaces some rather naff model shots. But if it`s naff you want, you can watch the original sequence instead. 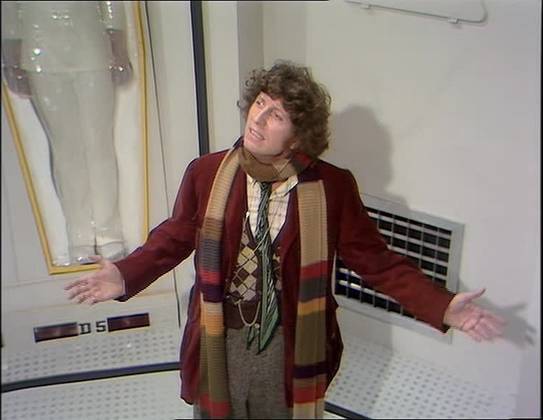 This is another story that has been cleaned up by the Doctor Who Restoration Team, and a fantastic job has been done as ever. It probably looks better now than it did when first broadcast. There are a couple of minor errors here and there, but you have to forgive this when you look at the quality overall. You probably won’t see it looking better.

I was wrong. The new transfer looks better. It has been remastered again, using the new “Transform Decoder” developed by those clever Doctor Who Restoration Team people. You can read all about this on their web site if you’re interested in the technical details, but suffice to say, the picture looks even better now than on the previous release. 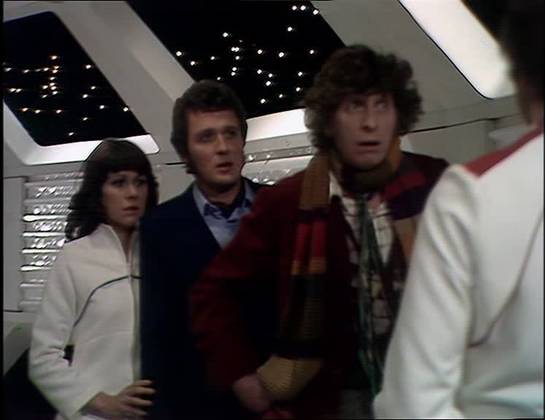 A DD2.0 track is presented here, though it is just a mono track played through both channels. As with the picture, it`s good considering its age, and it has been cleaned up and tidied up.

We get some early examples of Tom Baker`s great dialogue delivery and timing too, with the following gem standing out. Asked if they are "med-techs", the Doctor replies "Well, my doctorate is purely honorary, and Harry here is only qualified to work on sailors". This is a classic piece of Robert Holmes writing, beautifully delivered. 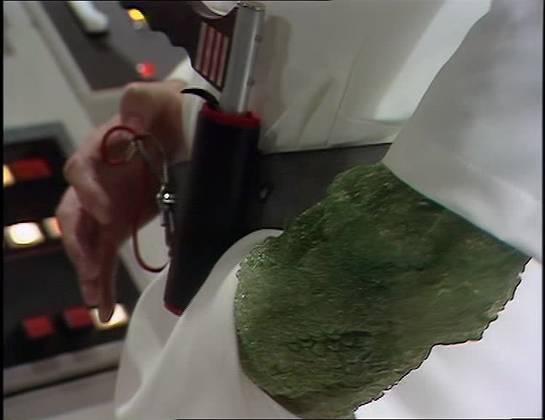 With the re-release, there is also a selection of new extras to try and tempt you to double-dip for this one. This is now a two disc set, with most of the extras on disc two.

First and foremost is the still the thing that all Tom Baker fans were waiting for - his first commentary track, which also features Elisabeth Sladen and Philip Hinchcliffe (producer for the first time). It`s not quite everything that you might have hoped for, but it is entertaining, and it tells you plenty about the show. Baker manages to recall quite a lot eventually, but it takes a while for his mind to click into gear. 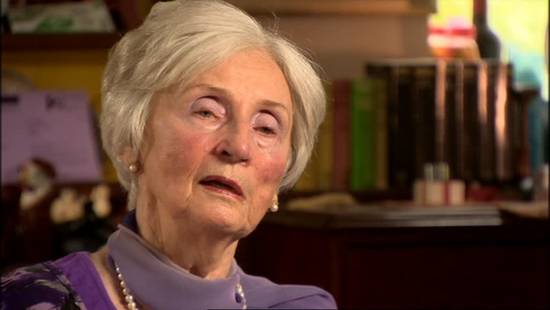 As with previous releases, there`s another commentary track which is the subtitle commentary option, which brings up production notes throughout each episode. Plenty of useful information is contained here, and lots of good bits of trivia. A quick comparison suggests that this has been re-written since the original release, as different facts appear over the same sequences.

The other "meaty" extra is an interview with designer Robert Murray-Leach, where he talks about this and stories. Very interesting and nice to see given all the plaudits he got for his work on this particular episode. 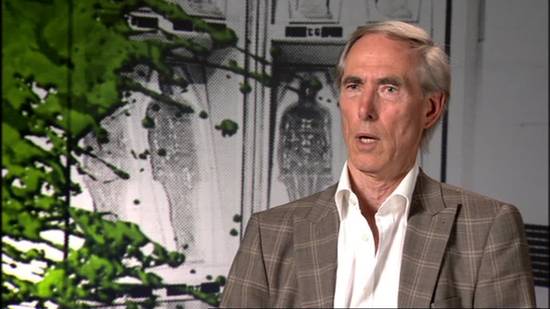 We also get a photo gallery and map of the Ark, TardisCam, unused 16mm footage, an unused title sequence, a news report from the time and a trailer.

There are also 3 easy to find easter eggs which give you access to 2 adverts and a brief interview clip.

The new extras include “A New Frontier”, a 30 minute retrospective “making of” style documentary with interviews with Roger Murray-Leach, and some other cast and crew. A nice addition and worth a watch. 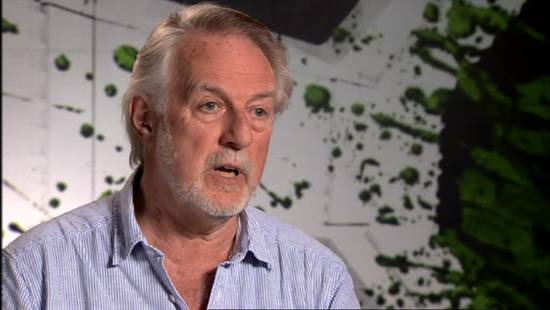 The next big extra is “Dr. Forever! Love & War”, another 30 minute piece, this time focusing on the Doctor Who novels, starting with the Target paperbacks, the Virgin Books takeovers, the new adventures series, the BBC Books “grab back” and more besides. Plenty of interview footage here, featuring all of the relevant players in this story, including Russell T Davies and Mark Gatiss. Also worth watching, particularly if you’re not aware of the whole story of Doctor Who books...

We also get “The Ark in Space - Movie Version” which is a movie-style edit of the episodes, an interesting way to watch a 4 episode story. 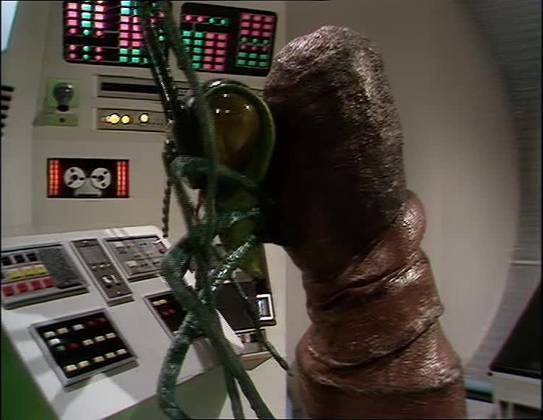 There are also some other odds and sods, including model effects and CGI effects, and some 8mm location film from previous story Robot. There’s also the usual selection of PDF materials - Radio Times Listings, the Doctor Who Technical Manual and tie-in promotional materials for Crosse and Blackwell and Nestle.

One of the original extras, an on location interview with Tom Baker, seems to have been omitted. Not sure why.

One of the best Doctor Who stories made, and certainly one of the strongest released on DVD, and now re-released, in an even more impressive form. Some excellent writing from Robert Holmes (particularly given how long he had to get it finished) combined with Roger Murray-Leach`s sets and Philip Hinchcliffe as producer make this a great story, particularly given the limitations of being a 1970s studio bound TV drama. 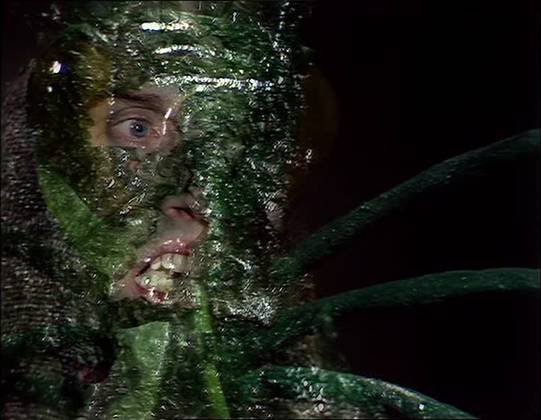 The combination of these three people and the regular cast saw the show through its "boom" years when a quarter of the population would be watching. When this story is discussed, parallels are always drawn with Alien, but Doctor Who beat Ridley Scott to it! You can’t really compare the two of course but this story holds up well in its own right, even though the effects and bubble-wrapped alien hands don’t.

This DVD is a chance to see a favourite programme looking and sounding better than ever, and better than its previous DVD release, with some great bonus features and an enjoyable commentary track that will certainly appeal to fans of the show. Definitely recommended. If you’ve already got this story, then it’s hard to say if you should upgrade, as this is a very personal decision. I would say that it’s probably worth it for the improved video quality and the new extras, and you can probably get a few quid for the previous DVD on eBay. This is not a disc where more extras have been slapped on and then re-released, they’ve tidied up the picture too, and put some effort in, so it feels like it’s worth paying for again. 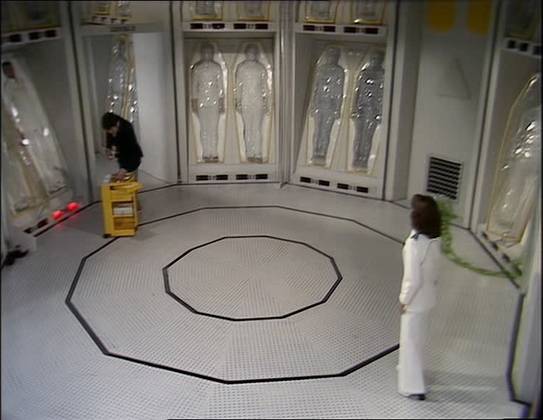