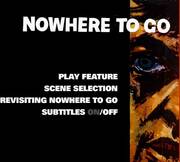 DVD
While the City Sleeps

Blu-ray
The Spy Who Loved Me
Related Articles 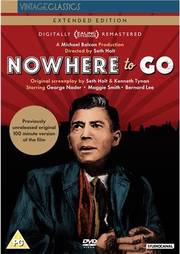 Synopsis:
Directed by Seth Holt (The Nanny and Blood From The Mummy's Tomb), NOWHERE TO GO is a stylish, grimy tale of deception and betrayal. A rare, late excursion into film noir for Ealing Studios, scripted by first-time director Holt and critic Ken Tynan. This is the digitally remastered, previously unreleased original 100 minute version of the film.

Paul Gregory (George Nader, Robot Monster) is a thief and conman. He has come to London from Canada in order to rob Harriet Jefferson (Bessie Love, The Lost World) of her rare coin collection. Having sold the coins, he puts the money in a safe deposit box and waits to be arrested, expecting to be out in five years. Sentenced instead to ten years, Gregory breaks out of prison with the help of Victor Sloane (Bernard Lee, The Third Man, Dr, No, Goldfinger, From Russia with Love), planning to collect the money then leave the country. A series of accidents and double-crosses sends Gregory spinning through London's criminal underworld, before he ends up on the run in the Welsh countryside with socialite Bridget Howard (Maggie Smith, TV's Downton Abbey, The Prime of Miss Jean Brodie).