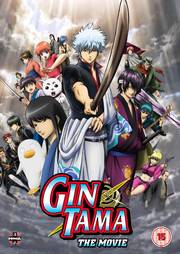 Review for Gintama The Movie

Of all the shonen action shows that are readily available on DVD, one notable omission is Gintama, although Sentai Filmworks did release the first 48 episodes in a sub only format in the US, before putting it on indefinite hiatus. Your typical shonen action show, a series aimed at young males is a long running epic featuring lots of one on one battles, lots of levelling up of strengths, and lots of succeeding through superior willpower. We get Naruto, we get Bleach, and of late we are getting Dragon Ball Z, as well as shows like Fairy Tail, but Gintama is by far my favourite of these. The thing about Gintama is that it may be a shonen show, adapted from a shonen manga, but those tropes that I mentioned earlier are its ground state, they are the least of what Gintama is about. In fact the Gintama anime is really a totally anarchic, quick-fire gag comedy, one of the best I have seen in anime, full of great characters, and ridiculous situations. 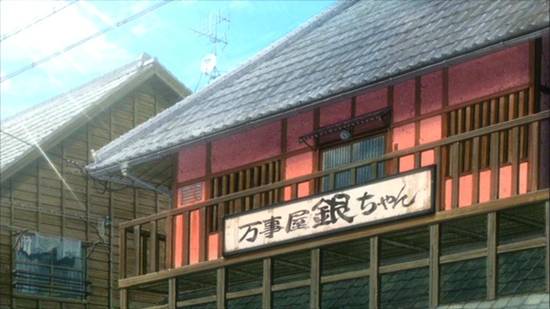 Once in a while it will entertain a manga arc, with the levelling up and episode spanning fights, and for me these arcs are the low points of the series. It’s when it does its own thing that it becomes pants-wettingly hilarious. What other show would begin a story with its three protagonists walking into a rundown barber’s shop, and would end it with the Shogun walking out with an extreme Croydon facelift, and a dog turd on his head? I’d swap all the Bleach and Dragon Ball in the world if we could get Gintama instead. I’d even be willing to give up Naruto. Thankfully while DVDs aren’t forthcoming, we can catch the ongoing series on Crunchyroll, something that I wholeheartedly recommend, all 256 plus episodes of it. 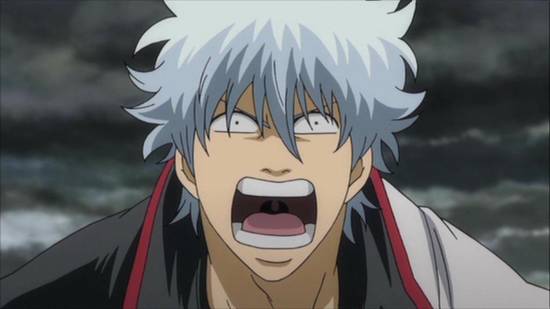 At least Manga Entertainment are giving us the first Gintama feature film this Christmas, and unlike the abortive series, Sentai actually went and dubbed this for home release. Alas, short episodic comedy isn’t ideal for a movie, so the creators went back and re-animated one of the manga arcs for the film, those arcs that I consider the low points. Also, they chose one of the earlier ones, The Benizakura arc, while my opinion is that the later Yoshiwara in Flames arc did a better job in capturing the anarchic comedy of the show. Still, from 4:3 to 16:9, let’s see what the Benizakura arc looks like in all its theatrical glory. 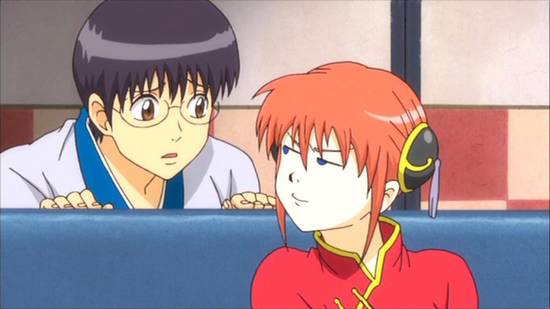 Gintama is set in an alternate Shogunate period Japan, where the alien Amanto invaded and introduced future technology to a feudal society. Following an uprising against the invaders, the samurai were defeated and swords were banned, leaving ronin having to find something else to do with their time. One such ronin is Gintoki Sakata, who has set up his Odd Jobs Gin service to make ends meet. His employees include the be-spectacled heir of a sword dojo Shinpachi Shimura, and an alien Yato girl named Kagura, as well as her extremely large dog Sadaharu. His former comrade in arms Katsura Kotaro leads the underground resistance with his ally Elizabeth, and trying to keep the peace is the Shinsengumi. 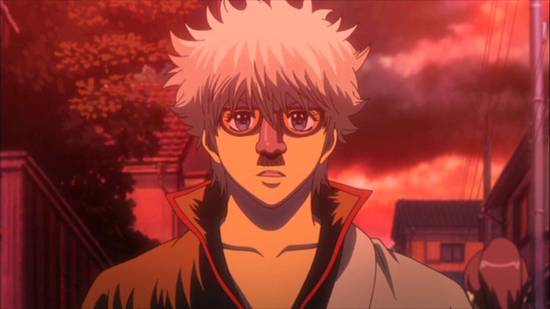 It’s when a serial killer hunting ronin appears in Edo that the story begins. Katsura encounters the killer and then vanishes. Soon Elizabeth is knocking on the door of Odd Jobs Gin looking for help in finding Katsura, Shinpachi helps Elizabeth hunt down the serial killer, while Kagura and Sadaharu try and sniff out Katsura. As for Gin, he’s been hired by a sword smith to hunt down a stolen blade with a lethal curse. These three strands of investigation lead to a conspiracy to overthrow the Shogunate, with its seeds sown in Gintoki’s past. 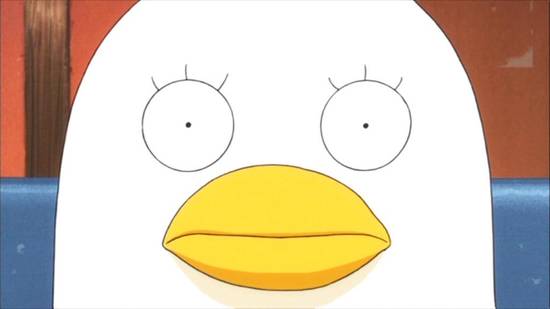 Gintama: The Movie gets a 1.78:1 anamorphic transfer, native PAL courtesy of Australia’s Madman Entertainment. The image is clear and sharp throughout, with strong well-defined colours. The film did get a Blu-ray release in the US, and that would have been nice here, but the DVD quality certainly isn’t to be sniffed at, with only the perennial issue of digital banding to complain about. It’s presented on a single layer disc, but with just 91 minutes of video and no extras, compression really isn’t that apparent. 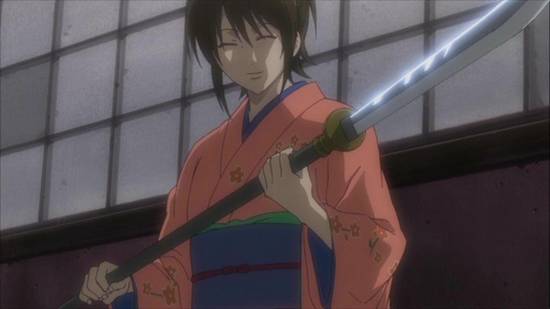 It’s a good thing too, as it looks as if the Benizakura arc was animated again from the ground up, rather than just tacking a bit to the sides of the original 4:3 image. The animation is much stronger, more fluid, and more detailed, the characters are a lot livelier, and the action sequences are excellent. If there is one thing that proves to be a drawback in long running shonen action shows, it’s weak action animation, and that certainly was felt in the TV version of this story. Certainly not here though, and there were moments that I skipped back and watched again. Only once did I feel that the animation dipped to TV quality, and that was only with the characters sat on a sofa talking. 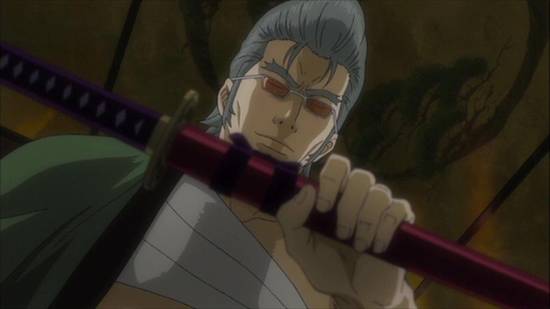 I’ve been watching Gintama on Crunchyroll now for over 150 episodes, and I can’t imagine any other way of watching it than in the original language, so accustomed am I to Daisuke Sakaguchi as Shinpachi, Rie Kugimiya as Kagura, and Tomokazu Sugita as Gintoki. For form’s sake I did give the dub a try at a random point in the film, only to hear Shinpachi get Kagura’s gender wrong, and I switched it off again. But it’s there if you want it, DD 5.1 English and Japanese, with optional subtitles and a signs only track, with Sentai’s captions overlaying the original Japanese text when necessary. 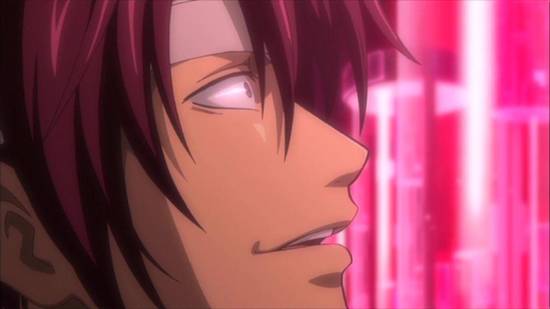 You’re going to love these surround tracks too, as it isn’t just a matter of broadening out the stereo soundstage of the TV series. The action here gets the full on surround treatment, and effects and action figure highly in the mix. Swords clashing will reverberate around the room, while explosions will have you hurriedly turning down your amp. The dialogue is comparatively subdued in the mix, but never inaudible. The subtitles are accurately timed, and other than a rare typo, are free of error. 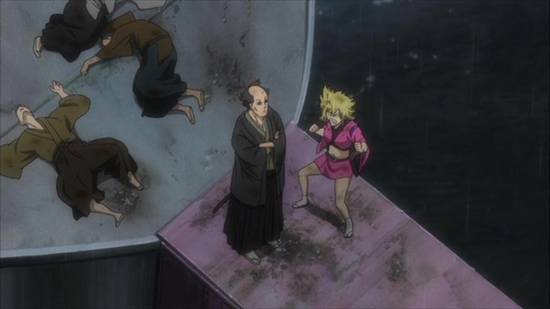 I still reckon that these manga arcs are the low point in Gintama. However low points are relative, and even at its worst Gintama is always watchable. This, The Benizakura Arc Rehash as the film is called, takes one of my least favourite arcs in the show and remakes it into something quite exceptional. The film’s pacing is a lot brisker, and in retelling the story, the creators manage to bring out more of the show’s anarchic sense of humour. Where it really excels is in the action sequences, which by their very nature are limited on a TV budget, but are allowed to own the screen here. I certainly enjoyed it a lot more in movie form that I did when I watched it episodically. 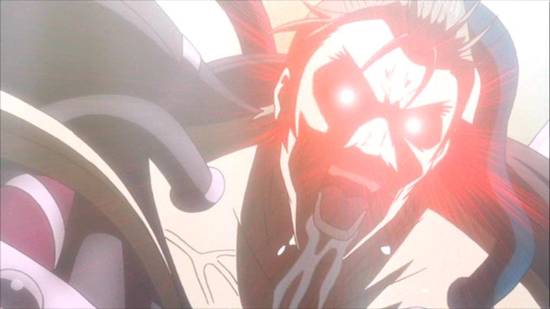 The story is pretty simple, a nice blend of comedy, action and drama, with just a hint of poignancy to give the film an emotional core. That comes from the sibling sword smiths that hire Gintoki to find the lost sword. Their arc will keep you invested in the film, and leave a little moistness in the corner of the eyes, while the show’s regulars do their usual comedy action thing. But with the movie bookended with a couple of typical moments of Gintama anarchy, you know that you aren’t meant to take this all too seriously. 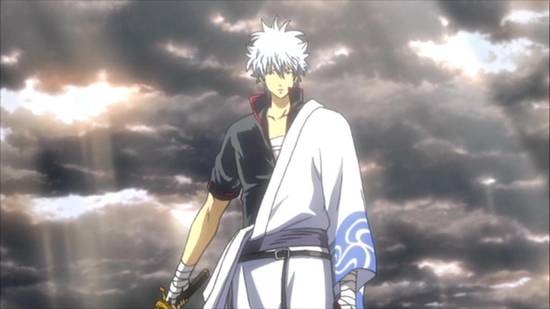 It stands to reason that the Gintama movie will be best appreciated by those who are familiar with the TV show. In fact, in the anarchic prologue the protagonists even accept that no one other than fans will watch the film. And for those fans it really is a treat, a 9/10 treat. For someone coming fresh to the film, you’ll love the action, and you’ll get the broader comedy, and the story will certainly appeal. The thing is that you won’t have the background with the characters, understand their interactions and the running gags, and you’ll probably be totally nonplussed by Elizabeth. For newcomers I’d knock it down a tad to an 8/10. Of course that can be remedied by going to Crunchyroll and watching the series. 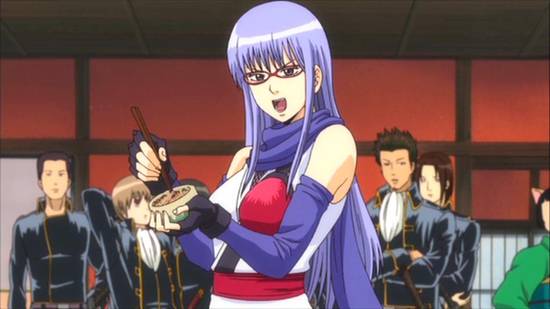 I mentioned early on that I would much rather that the Yoshiwara in Flames arc be made into a movie instead of this one. Well, there is a second Gintama movie scheduled for theatrical release in 2013, and if you ignore the various red herrings in the epilogue, there are a couple of moments in the film itself, cameos which hint that the sequel may just be the Yoshiwara in Flames arc. If that is made, and it gets the sort of improvement the Benizakura arc got here, then we may just get a Gintama movie that is better than the TV show it’s adapted from.