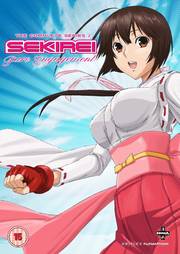 Sex sells, and violence sells, and indeed sex and violence in combination sells exponentially more than either alone. It’s why it’s no surprise that the second season of Sekirei has arrived on UK shores, even while the fate of the K-On franchise in this country remains undecided, despite the latter being the more popular and more critically acclaimed title. While my disdain for the lowest common denominator of the medium has been made clear on many an occasion, I don’t actually mind that Sekirei is here. It’s not as dull and tedious as Tenjho Tenge, and it’s nowhere near as exploitative and just plain nasty as Ikki Tousen and Master of Martial Hearts. The girls in Sekirei may beat the clothes off each other at the slightest provocation, but it somehow all transpires as good, clean, saucy fun. You never feel like taking a shower after watching it. At least that’s what I thought of Season 1 when I reviewed it last year. Hopefully the second series maintains that passable standard. 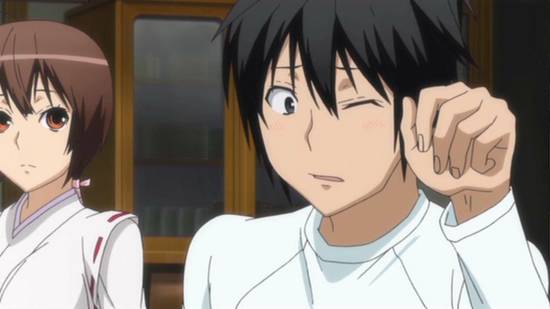 Minato Sahashi is your typical, everyday, wimpy teen anime male, unsuccessful in life, and especially unsuccessful in love. His current status is that he has failed for the second year running to get into university, and consequently, no girl would fall at the feet of a loser like that. Except for Musubi, who literally does fall out of the sky, straight onto his head. Hot on her tail are a pair of dark-haired twins, Hikari and Hibiki, who look intent on zapping her with the electricity they wield. For some odd reason, Musubi grabs hold of Minato when she makes her escape. The reason becomes clear when it is revealed that Minato has the potential to be an Ashikabi, one of the rare individuals that can cause a Sekirei’s powers to emerge. 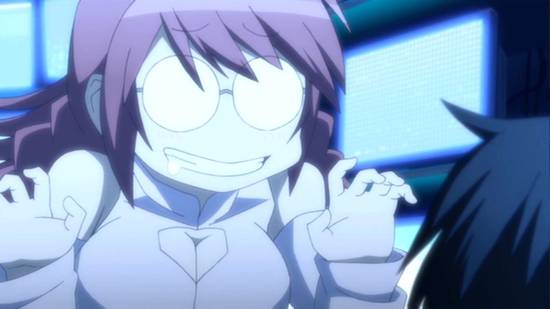 It’s 2020 in the new capital of Japan, Shintou Teito. The city is the venue for the Sekirei battles. The Sekirei are 108 mystical and powerful individuals who have awakened to do battle. Their powers are activated when they find Ashikabi, those people who can cause them to emerge by means of a kiss. The one Sekirei who survives at the end of the tournament will win the ultimate prize, and be able to stay with their Ashikabi forever. The Ashikabi are competing too, trying to collect as many Sekirei as possible to increase their chances of winning. Behind it all is the all-powerful MBI Corporation, who practically own the city. Soon, Minato is living with Musubi in the Maison Izumo guesthouse, which has its own connection to the Sekirei battles. Slowly, Minato’s harem of combat girls begins to grow, as he’s joined by the ultimate tsundere in Tsukiumi, the painfully cute Kusano, and the geeky Matsu. And in these battles, clothing is optional; indeed it’s liable to disintegrate anyway. Who will succumb first, Musubi to constant battles, or Minato to constant nosebleeds? 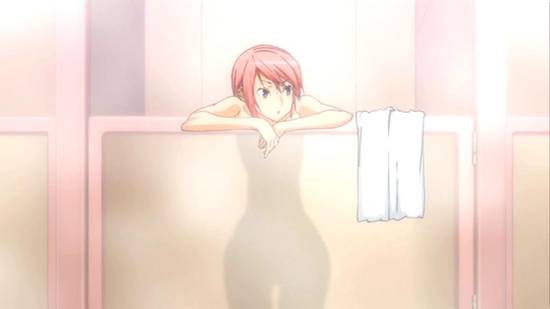 This complete second series of Sekirei presents all 13 episodes plus the OVA episode across 2 discs, and in this second season, we learn that there’s still room for Minato’s harem to grow, while the Sekirei game is about to become lethally serious. 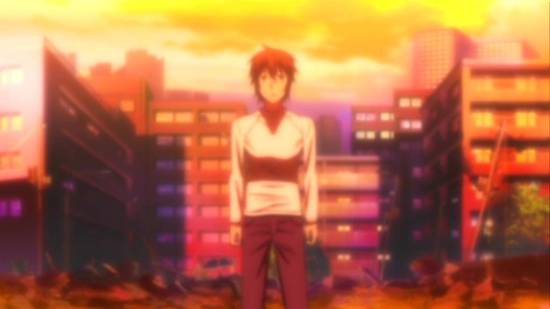 Sekirei gets a 1.78:1 anamorphic transfer via Madman’s Region 4 release, and unlike the first season, this gets a native PAL transfer with the 4% speed up. Sekirei is a pleasant enough anime, bright and colourful, with appealing character designs, especially in the mammary department, and while the animation isn’t exactly cutting edge, it does get the story across, and it doesn’t shirk during the action sequences. There is a level of quality and consistency maintained through the series, and it’s enjoyable to watch as a result. 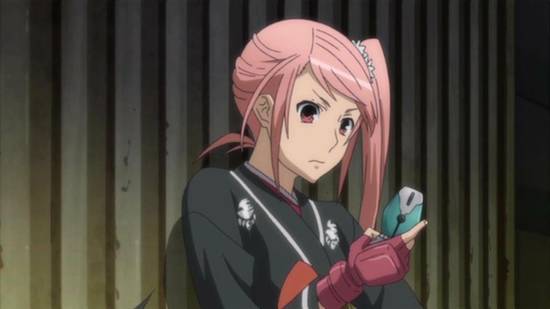 You have a choice between DD 5.1 English and the original DD 2.0 Stereo Japanese, with optional translated subtitles and a signs only track. It seems Madman have pitch corrected for the 4% speed-up. I went with the original language track, and was mostly satisfied. One annoyance is the decision to translate Tsukiumi’s formal Japanese into Olde English. All those ‘thees’ and ‘thous’ and sticking –est and –eth at the end of random verbs makes for a messy reading, although in this release, they sometimes forget to subtitle her that way, which makes it even odder. It sounds even worse in the English dub. The dub is pretty much standard for a show like this, and the 5.1 up-mix remains fairly front-focussed for the most part, although it does come to life for the action sequences. 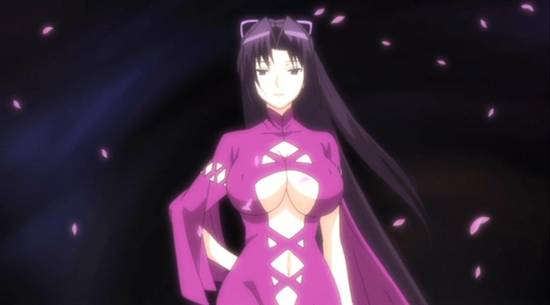 Both discs get static menus and jacket pictures. The extras on season 1 were a little Spartan, but Season 2 remedies that a little.

Disc 1 has an audio commentary to go with episode 5, with ADR director Scott Seger in the booth with Joel McDonald (Minato), and Leah Clark (Kagari), providing a pretty shallow commentary for a pretty shallow show. Beware that there are spoilers for the rest of the series here, so don’t listen to it until you watch the final episode. 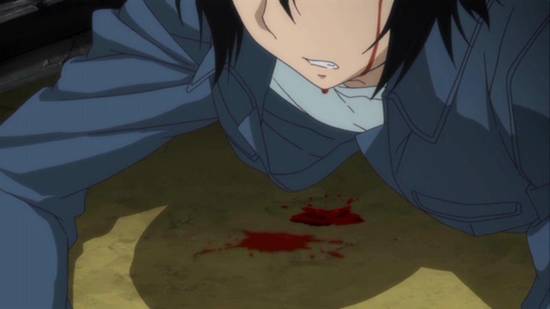 Disc 2 offers the textless credits, one opening sequence and two ending sequences, but as the subtitles are of the player forced variety, textless is a bit of a falsehood.

You’ll find a commentary here on episode 10, and joining Scott Seger this time are Alexis Tipton (Chiho) and Jamie Marchi (Uzume). See the description for the earlier commentary with regards to what you get here.

The big extra feature here is the OVA episode, Two Gossip Topics, which lasts just over 27 minutes. Actually it’s 23 minutes, with 4 minutes of preview for the second series tacked on. It’s set in between seasons 1 and 2, and offers a bit of lightness for the Ashikabi and their Sekirei. First there is the Sekirei Diagnosis Day, which sees all the Sekirei report to headquarters to have their breast sizes updated. Then there is the Sekirei Resort, where the Sekirei go to the beach and then a hot springs to relax, and fondle each other’s breasts as is the anime comedy convention. Basically this OVA sates even the most breast hungry anime fan. As if the boob quota in the series wasn’t enough! 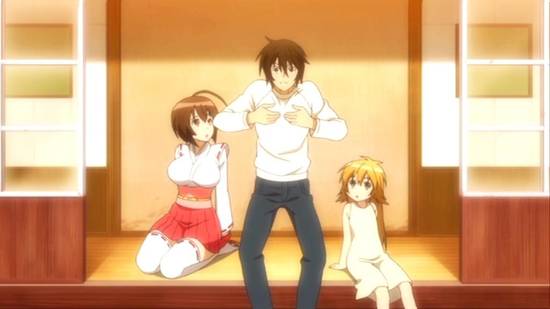 More of the same! If you watched Sekirei Season 1, you’ll know exactly what to expect from the sequel. Once more you get absurdly bosomed girls beating the clothes off each other, interspersed with some harem comedy antics. It’s utterly disposable anime fare, the sort of show that’s designed for the main demographic that buys this stuff in Japan, and you won’t lose any sleep if you miss out on its pneumatic charms. By the end of the show however, you should be a PhD in animated boob physics. These are boobs with minds of their own. If only boobs in real life bounced in this way, the world would be a lot more interesting. Sekirei Pure Engagement is claptrap, it’s nonsense, it’s rubbish. It’s also a whole load of fun. 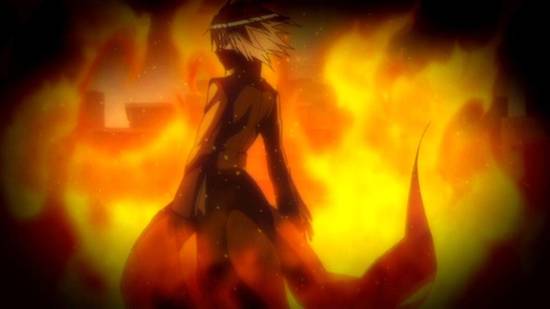 Once again, my review of the first season is just as applicable to this one. Unlike shows like Tenjho Tenge, and especially Ikki Tousen, Sekirei never gets nasty and exploitative with the way it treats its characters. It always has its tongue in its cheek, with a refusal to take anything seriously. Even when Sekirei are meeting their demise as part of the Sekirei Game, it never feels crass. It’s because it maintains such a strong sense of humour. You know that once the current fight sequence is over, there will be some more harem antics due in short course. Minato is perfect harem anime lead material, totally neutered as a male, while surrounded by women who all lust after him, and as usual the comedy comes from the fact that the women who compete for him go to such extreme lengths, yet none of them will ever get what they truly want from him, except for little Kusano who might get to go on a play date with him and go shopping for toys. 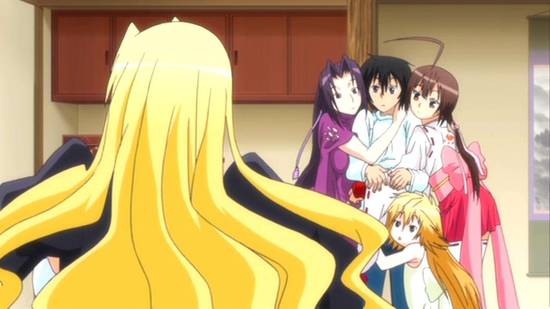 If there is a weak point in the series, it’s the villain of the piece, Minaka. He’s the head of the MBI Corporation, and he’s basically set up the Sekirei Game for his own personal amusement. He gets his kicks from watching Sekirei try and kill each other, and he keeps changing the rules of the game while it’s in progress just for his own whims. He’s an out and out sadist, a total four letter word of a character. Normally you want your villains to be relentlessly evil, but you want them to have a personality and style, and some motivation at least. Minaka is just obnoxious and hateful. He’s so bad a villain that I found his existence in the show to be questionable, and realised that the Sekireis’ problems would be quickly solved if they just killed the toe-rag. He’s not a bad villain, he’s a badly written villain, and I discovered that a badly written villain can suck all the fun out of a show. 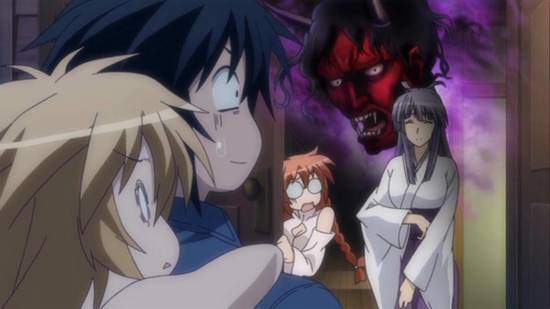 The downside of Sekirei Pure Engagement is that the story doesn’t end here. It’s an open ending which resolves very little, leaving everything up in the air. The Sekirei Game is still in progress, Minaka is still out there being clichéd and villainous, secrets are yet to be revealed, and plot threads yet to be resolved. The second season really only concentrates on Sekirei Uzume and her Ashikabi Chiho. One major plot thread that I found disappointingly unresolved is that of Minato’s sister Yukari and her Sekirei, who have been looking for Kusano since season 1. They’ve managed to avoid finding her with Minato for over 13 episodes now, and their mutual ignorance actually gets tiresome and contrived at this point. 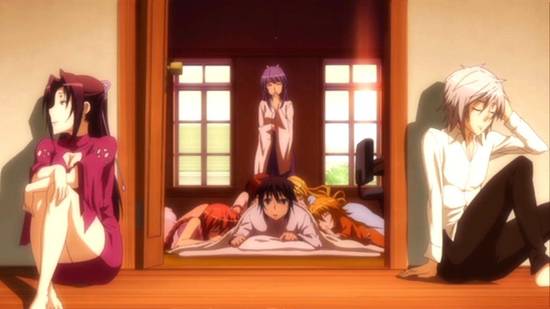 The story isn’t up to much, and the villain is something akin to that which you would double flush down a toilet, but as long as you don’t think about these things you should be okay. Sekirei Pure Engagement has girls beating clothes off each other, it has harem comedy antics in profusion, and it has an over-abundance of breasts. The guy working the kettle-drum for the comedy boob sound effects ought to have got a whopping Christmas bonus for this one. Manga Entertainment release Sekirei Pure Engagement on DVD, just like the first season. If you want your mammaries in HD, then Blu-rays are available from Australia’s Madman Entertainment in Region B land, or Funimation in the US. Apparently, Funimation’s Sekirei BDs are Region AB. ﻿