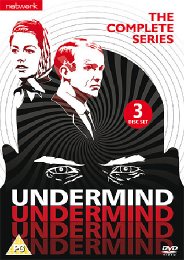 DVD
Land Of The Giants: The Complete Series 1

Blu-ray
The Man Who Haunted Himself

Review for Undermind: The Complete Series 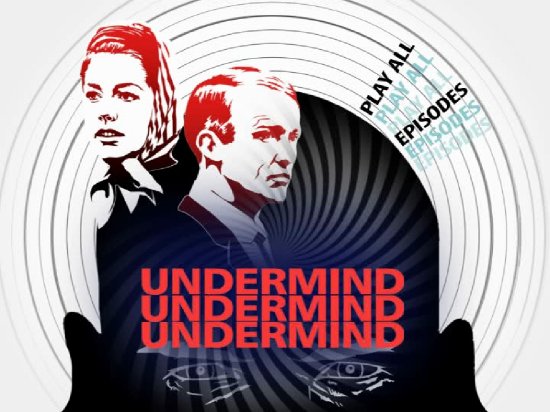 Who’d have thought that a series like ‘Undermind’, which aired in a handful of regions in 1965 and sank without trace, would be made commercially available 50 years on. I’ve never seen the series though it is often referred to as an early cult sci-fi favourite, pre-dating ‘The Prisoner’ and ‘The Avengers’ more sci-fi themed outings, and to some degree helping define a new and emerging TV genre. 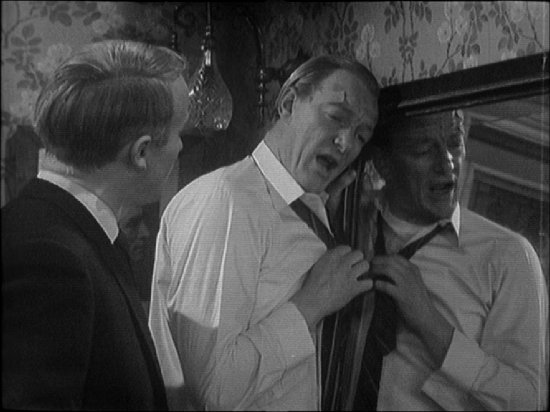 In truth it’s a bit ‘Invasion of the Body Snatchers’ – all Cold War brain-washing and conspiracy, where it’s never clear who is ‘under control’ of a malevolent force and who is not, but is also played out somewhat like a traditional detective story. 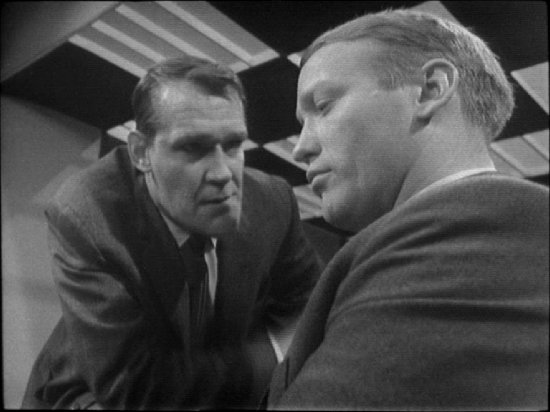 It has some good cult TV credentials with scripts penned by Banks Stewart (Adam Adamant Lives!, Callan, Doctor Who and The Avengers) and Dr. Who writers Bill Strutton and Robert Holmes. 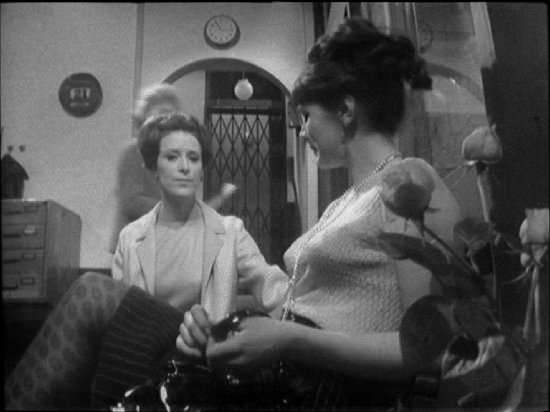 It’s a very studio based series (like the earliest VT Avengers) and to a large degree, live recorded so there are the occasional line fluffs and boom intrusions that you would expect, though it’s all nicely directed and choreographed.
A ‘recruitment expert’, Drew Heriot (Jeremy Wilkin – UFO, Dr. Who, Thunderbirds etc) returns from Australia to discover that his policeman brother (Jeremy Kemp) has left his wife and is acting peculiarly, insisting on dragging a government minister through court for a very minor misdemeanour. In fact, he has become so cold that he shows no remorse when the MP commits suicide as a result. 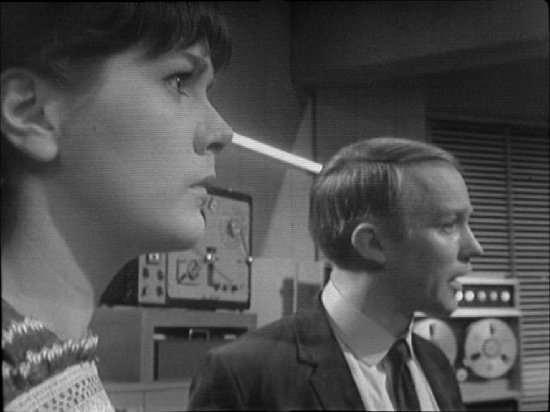 Drew meets up with his brother’s abandoned wife Anne (Rosemary Nicols – Department S) who explains that the Drew she knew simply disappeared to be replaced by the distant and cold figure he had become. 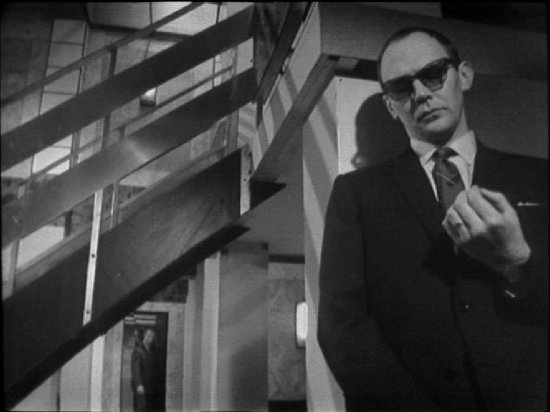 Drew decides to get the help of a psychiatrist friend to monitor him and the tests reveal that their suspicions are correct. He has no normal emotional responses. He is also able to hear a whistle that is only audible to dogs – a pattern that the psychiatrist recognises. When he gets on the phone to a college to start joining the dots, he is murdered. It would seem that there are several such cases where the ‘victim’ of the brain-washing appears to take a course which will help undermine (hence the title – geddit?) British society. 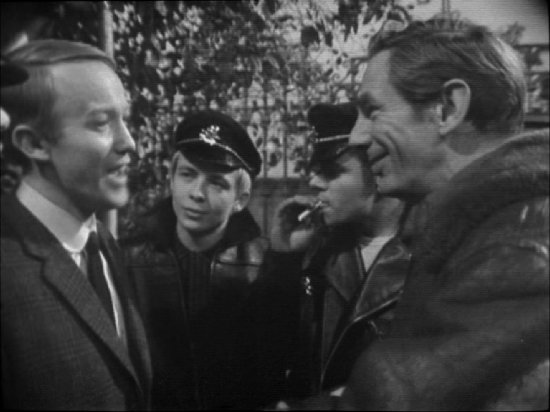 All the buildings (Drew’s own office, the Psychiatrist’s office, the top secret security bunker etc) are all heavily stylised, using geometrical ‘pop-art’ black and white and strange angles a little like the work of Murnau and the German expressionists – a very sixties trend. You’ll also see a number of people wearing cool shades, despite the lack of sun, as well as several references to youth culture (biker gangs, record shops etc) which give a welcome reflection of the times, making this is a historical curio as much as a damn good drama. 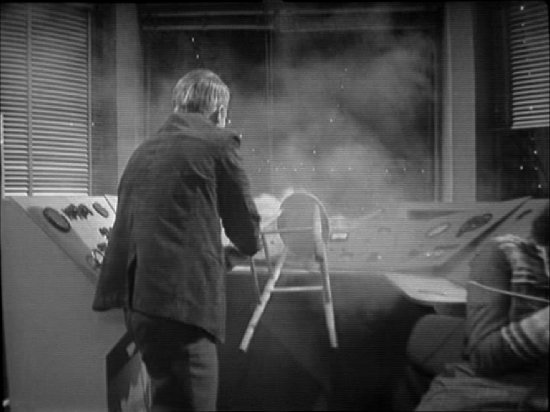 After his brother is gunned down (seconds before attacking ex-wife Anne), Drew and Anne resolve to work together to unravel the mystery and the seeming conspiracy to undermine British society.

Clues left on the phone of the murdered psychologist lead them to a small seaside town where more strangeness is afoot with riots being instigated amongst biker gangs by some unknown power intent on destruction. When they return to London Drew is accused of keeping company with a now murdered prostitute whose diary contains names of all her clients, most of whom are men in positions of import. Being the outsider, Drew is brought in by ‘special agents’ for a grilling by none other than Patrick Allen, putting in quite the best performance I’ve seen him in this side of Brian Clemen’s ‘Thriller’. Clearly youth riots and prostitution scandals were still fresh in the minds of the British public at this time and here, at last, was some kind of explanation. Drew co-operates and is soon part of a wider struggle against mysterious forces. 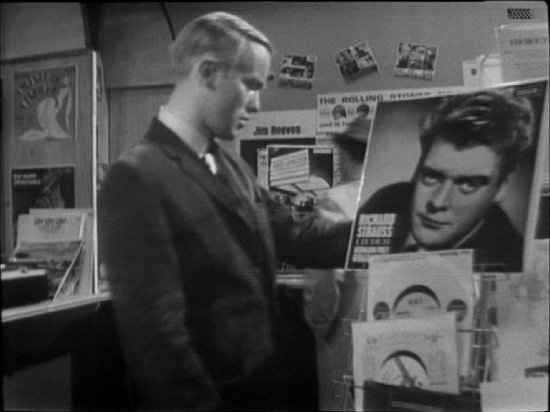 Each episode runs for about 50 minutes (an hour slot on commercial TV) with three ad break bumpers still included. The pace may be slow for some but it’s worth sticking with. There are some great cameos and appearances from familiar faces throughout.

More political hot potatoes are used as narrative fodder (the Irish problem, environmental mishaps, the NHS) and just to really set the audience on the edge of their seats there is even an attempt to blow up Eamonn Andrews. (Steady on you rotters – that really is going too far!) 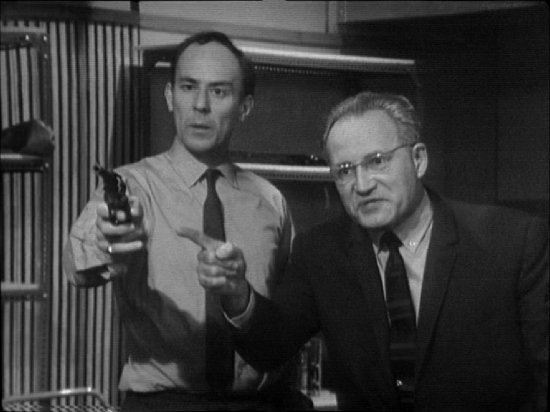 The standard of acting is very good throughout, if a little stylized compared to contemporary drama. (overlaps in conversation were often discouraged in the day). It’s also tightly directed with some very nice composition and some quite ambitious moving camera sequences that don’t always come off.

It’s worth sticking with, even though it loses some impetus about half way through and I look forward to giving it another run in a couple of year’s time. Often these things are better on second viewing, once all the ‘am I going to like this’ is put to one side. If it sounds like your bag then it probably is.