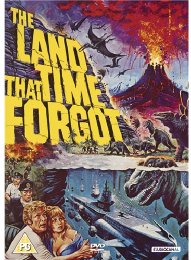 DVD
At the Earth's Core

Review for The Land That Time Forgot 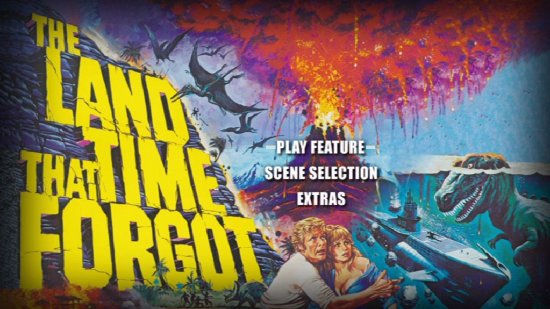 Anyone who was around 10 years old when this was released (meaning a birth year of circa 1965) will remember this movie with completely distorted fondness. OK – viewed through an adult’s eyes it’s pretty formulaic stuff, produced on a shoe-string budget years before CGI could rescue the vagaries of low-budget costumed monster action. But if you squint a little, and let yourself go with the flow, it’s just pure unadulterated fun. Unbridled action, intrigue, romance and adventure. 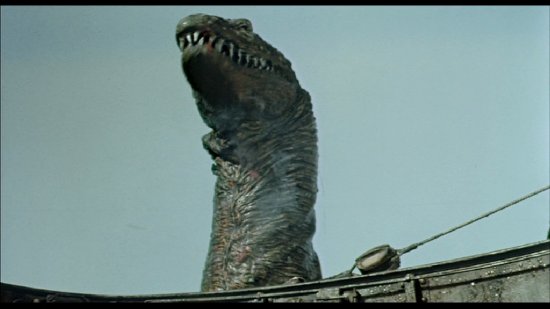 The Land That Time Forgot is based on a an Edgar Rice Burroughs book and is the tale of non-military crew who, after a bit of a tussle, commandeer a German U-boat which then becomes lost at sea as a result of the German crew fiddling with the compass. As a result they find themselves discovering the mythical and long-lost island of Caprona. Needless to say (the clue is in the title) it’s a land festooned with Dinosaur’s and primitive Neanderthal men – a cruel and harsh land unaffected by modern development. 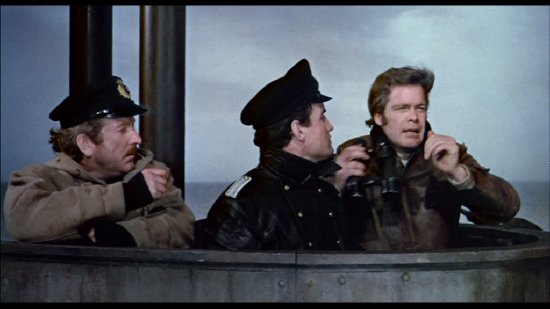 So after thirty minutes of U-boat bound action (fun in its own right by the way)  the crew finally encounter the first of a series of adventures which sees them pulling together despite their wartime differences to face up to the dangers of the new world. 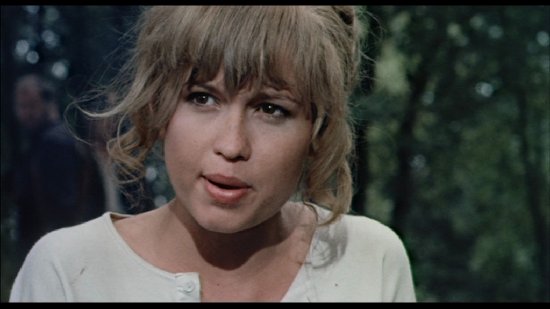 Though some of the monsters look a bit rubbery, and the plot is clearly preposterous from a scientific perspective, it’s all played out very earnestly by a sterling cast led by lantern-jawed, barrel-chested American Doug McClure. 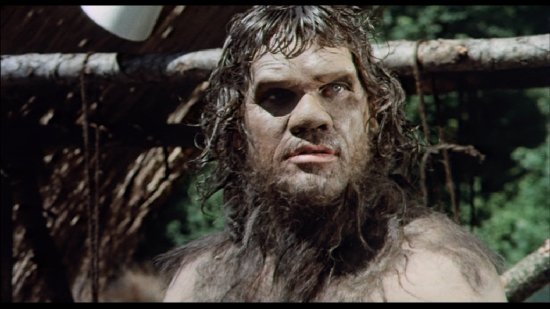 UK film and TV stalwart Alan Hume’s cinematography is first-class, making much of a little, even when on board the very confined U-boat.

Bowen Tyler (McClure) soon takes the lead and before long captures the heart of biologist Lisa Clayton (played by the delightful Susan Penhaligon) as they set out to discover a means of escape. 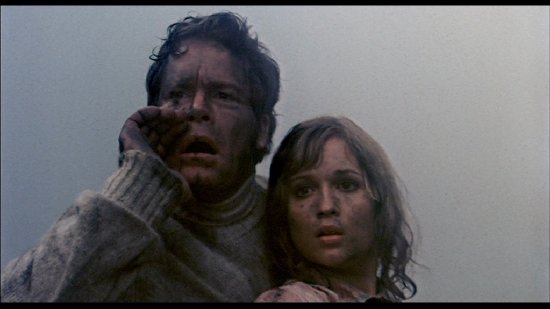 There are some genuinely tense and spooky moments to be had and the end of the film (which I won’t spoil here) was quite unexpected. Surprisingly so for such a frothy concoction. 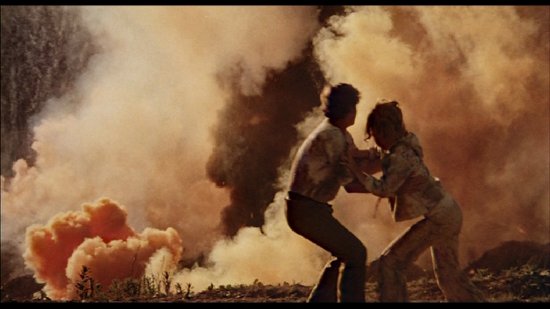 The transfer, whilst by no means flawless, is very acceptable and audio is good throughout with plenty of great sound effects to make the most of every explosion or monster attack. 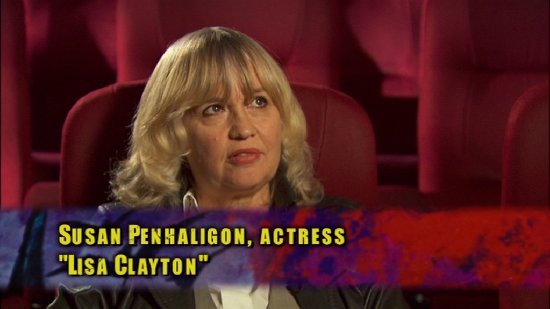 Unlike others in this series of Amicus releases, this gets some extras in the form of contemporary interviews with Susan Penhaligon and Director Kevin Connor who both look in fine fettle despite the near 40 years that have passed since it was made. 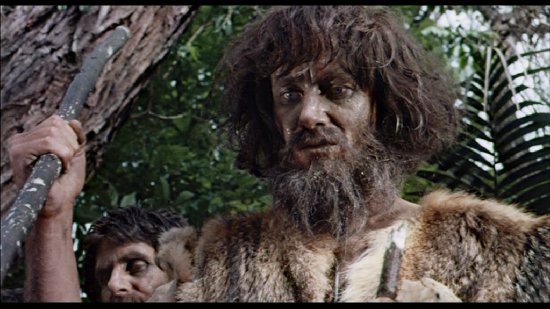 Penhaligon talks more about the relationships with other actors than the technicalities including the revelation that McClure was a bit of a lunch-time drinker and, as a result, would occasionally throw a tantrum or two on set. Connor gives some great insight into how the effects were generated pre-CGI. The dino’s were no more than 6” tall for example but were shot on 70mm to look huge when projected for example. There’s also a gallery of photos and posters which may be of interest to someone. 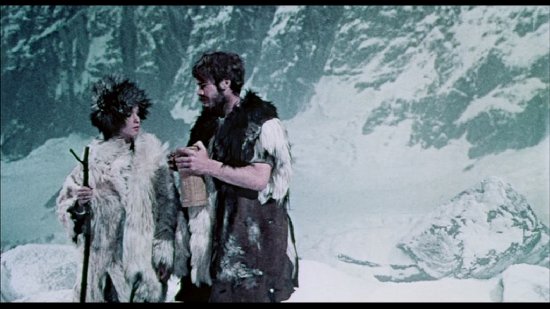 I didn’t enjoy this quite as much as ‘At the Earth’s Core’ but it was still a mighty enjoyable 90 minutes. Studio Canal claim to have released this (and three others from the era) as a celebration of Amicus’s 50th year, though the possibility of additional interest generated by Disney’s ‘John Carter’ (also an Edgar Rice Burroughs romp) may well have played a part.

Whatever the case, I for one welcome its re-release. I don’t know how it compares to its previous release on DVD (it could well be the same transfer so probably not worth risking a double-dip) but It’ll certainly do until they do the honourable thing and bring out a sparkling blu-ray release! A rare treat for a rainy summer afternoon.