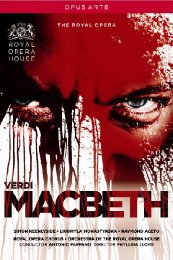 Opus Arte’s second Macbeth comes a healthy seven years after the one produced in Barcelona (and reviewed here). I’m always very pleased to be able to watch different versions of the same opera as it means I can compare productions together with the performances. In this case however, the production is the same, it being a re-staging of Phyllida Lloyd’s offering from 2002. 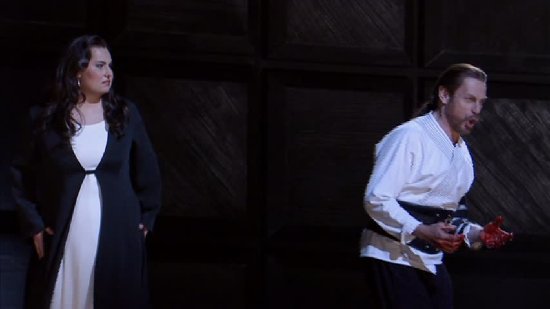 So, we still have the turbaned witches who, very cleverly, are shown deliberately in control of the destinies of the protagonists, the waving of large sticks depicting the march of Burnham Wood and the gold cages, which create a false sense of riches and security but are really prisons to those who have achieved power and glory in the most despicable way possible.

There are major differences between the two DVDs however. 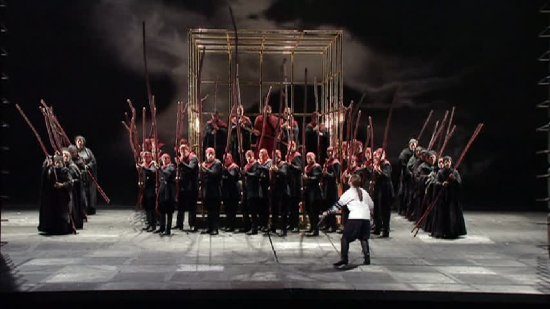 First of all, the sound and video show a vast improvement over the Barcelona disc. The NTSC transfer is clean and vibrant, and despite the general darkness and ‘dull’ hues, when the reds and golds appear, they stand out wonderfully. There is certainly none of the ‘pulsing’ which seemed to be evident on the earlier disc. Anthony Ward’s designs certainly appear to have had new life thrust upon them.

Sound too is vastly improved, with the DTS track being beautifully balanced, picking out important details in even the most thickly-scored passages. 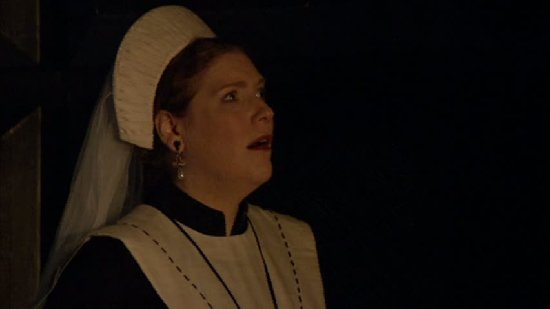 Musically, there is little to complain about, and this being a recording over the one night, is even more reason to celebrate.

Pappano had not conducted Macbeth before this season (in London at least) and his interpretation is one of the most exciting and almost breathless you’re likely to hear of this work. The orchestra are a good few leagues above that of the Liceu band, and it shows, although there does seem to be a touch of insecurity during the opening few minutes. 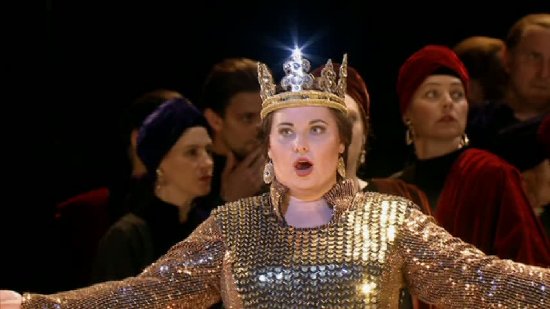 On stage, all eyes and ears and drawn to the remarkable Liudmyla Monastyrska (Lady Macbeth), who dominates proceedings any moment she can, not through your stereotypical diva-like performance, but purely through her singing and stage presence. The sleepwalking scene (very ably ‘introduced’ by Elisabeth Meister and Lukas Jakobski) is almost perfect – with a superb top note at the end – and Lady M’s descent into madness is made perfectly clear by just the looks she gives the lady-in-waiting and doctor as she is put back to bed. 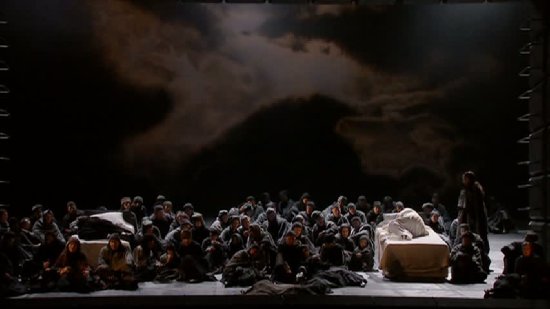 Simon Keenleyside’s Macbeth appears a little withdrawn throughout, and there are moments where his singing seems to follow suit, although this could well have been the intention as he is easily led on by the witches’ prophecies and his wife’s ambition. Or, it could have been something to do with him realising that there was no way he could, or indeed should, compete with Monastyrska’s ability to push the dynamics up to eleven. This is a Macbeth who is inadequate in most things and is incapable of understanding that he is being manipulated. The insertion of the final ‘death aria’ from the original version of the opera is a bonus, and the fact that you almost feel some sympathy towards the character is a tribute to Keenleyside’s great talent. 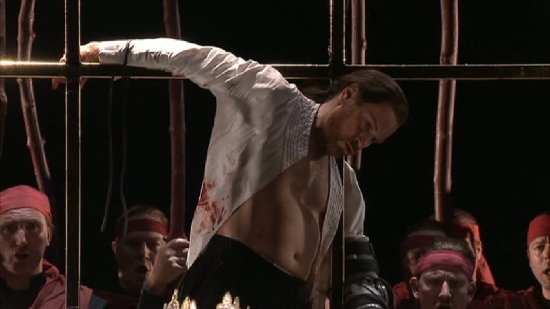 Raymond Aceto as Banquo produces some smooth and satisfying singing that is perfect for Verdi, but perhaps with a timbre that’s a little too light for this particular role.

Dimitri Pittas (Macduff) produces a very fine and emotional ‘O figli, O figli miei…’ (always a benchmark test for this work), but maybe tries a little to hard in places. 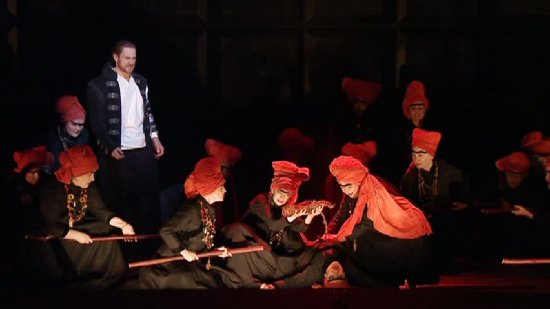 Another highlight of this performance is the superb Royal Opera Chorus. They give the best rendition I have heard of ‘Patria oppressa!’ (one of the greatest unfamiliar Verdi choruses) and the power of their demand for revenge following Duncan’s murder is immense.

Extras are also more numerous on this disc, with short interviews with the three principal singers and conductor. Keenleyside and Monastyrska obviously have completely different interpretations of Lady Macbeth’s character though, which made me wish for a group discussion rather than a one-on-one question and answer session in which all the questions have actually been edited out. 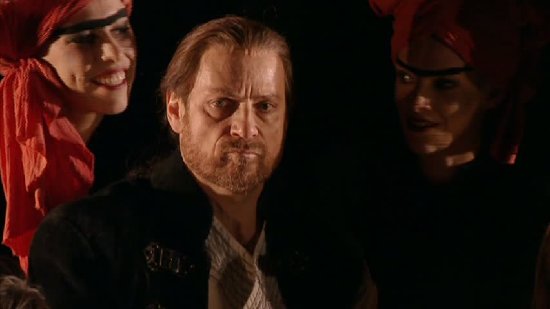 Pappano’s section is a very satisfying seven minute ‘behind the scenes’, in which we see a good chunk of orchestral rehearsal footage and get the impression that he’s sounding more like a Londoner as the years go on.

An informative short essay from Mike Ashman within the accompanying booklet completes the extras. I’m not counting the inexplicable short ‘Cast Gallery’ on the disc as anything to write home about. 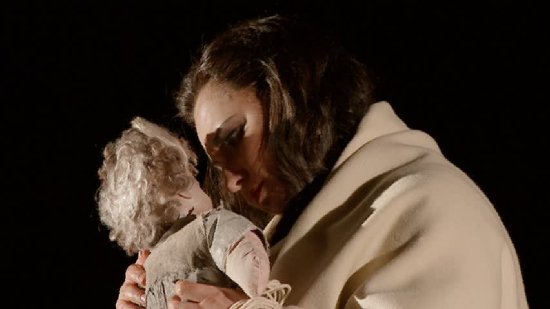 It would be good to see other versions / productions of this opera now, if only to be able to understand some of the later changes Verdi made for Paris which we have here (minus the obligatory ballet music the Parisian public demanded in most stage works of this type), as he initially thought the earlier draft was one of the greatest things he had written. Taking everything into account though, musically, The Royal Opera’s Macbeth is thoroughly worthwhile and so receives a well-deserved 10 out of 10.
﻿