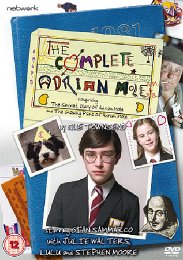 Profoundly in love with Pandora...
Review added by
Rich Goodman
Places to Buy

Article
Alice Upside Down out in May
Recently Added Items 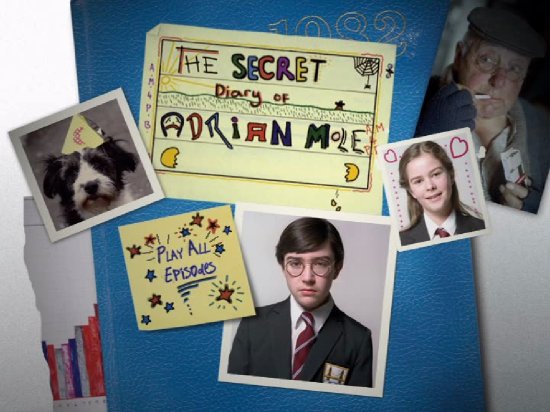 There are not many comedy series that, 25+ years after their original air date, would make me laugh aloud. These two series did exactly that - and quite often. In truth, who amongst you would fail to chuckle at young teen, Adrian Mole, deciding to experiment with glue-sniffing whilst constructing an Airfix aeroplane and getting it stuck on the end of his nose? 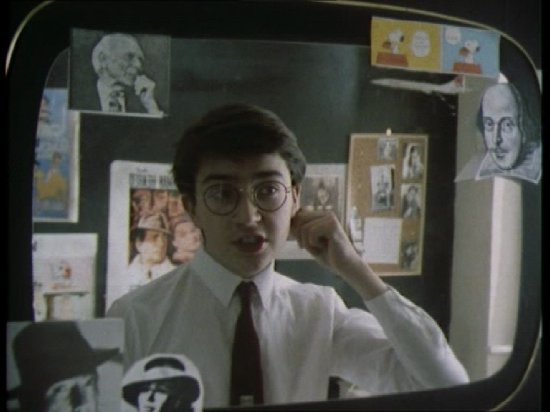 What I found delightful about this series, which I hadn't seen since it originally aired, was just how ensconsed in its era it really was. It's full of references to contemporary events (Falklands, Charles and Di wedding, Thatcher's reign and so on) and therefore provides a wonderfully accurate time capsule of the era. 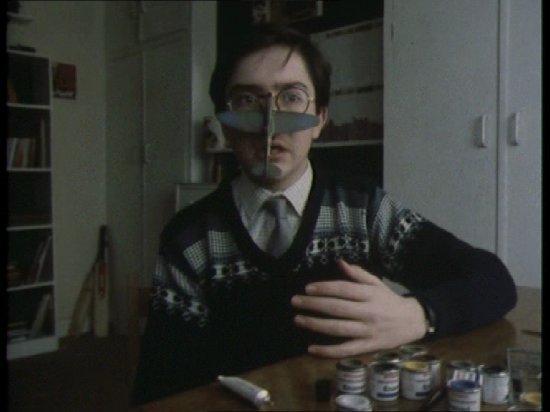 Adrian Mole (Gian Sammarco) is a spotty teenager with a penchant for awful poetry and political causes, deadly serious about life and hopelessly in love with Pandora, a pampered daughter of wealthy leftists. Adrian's own family roots are less perfect. He has parents who are constantly rowing, drinking and smoking, and who are, for a time out of work and out of luck. (The dad played across both series by Stephen Moore, and Julie Walters as his mum in series 1, and Lulu making a brave attempt at the same in series 2) He also has a particularly acidic Grandma (played brilliantly across both series by Beryl Reid). 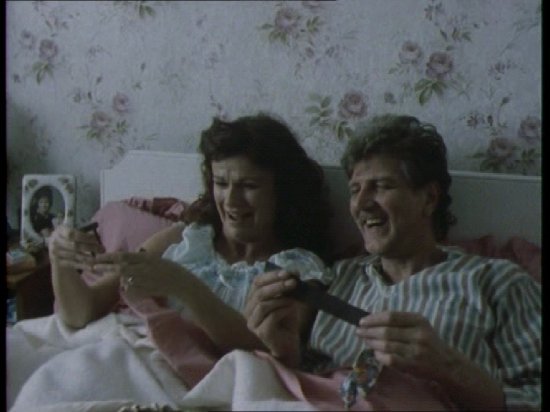 Network have done the decent thing and combined both The Secret Diary of Adrian Mole Aged 13 ¾ and its follow-up, The Growing Pains of Adrian Mole, based on the popular novels of the same name by Sue Townsend. 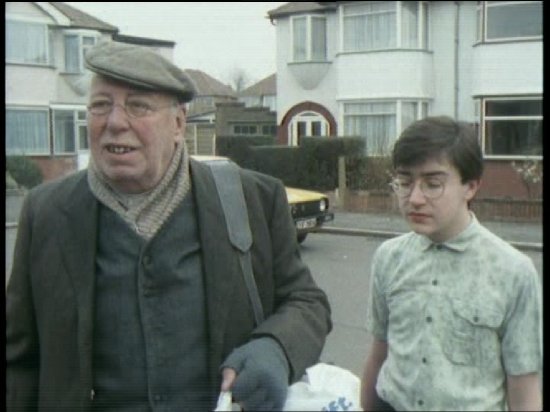 Each episode kicks off with a brilliant title sequence (stop-frame) set to a title track by Ian Dury. ("I'm profoundly in love with Pandora…" won't stop playing in my head now so be warned). 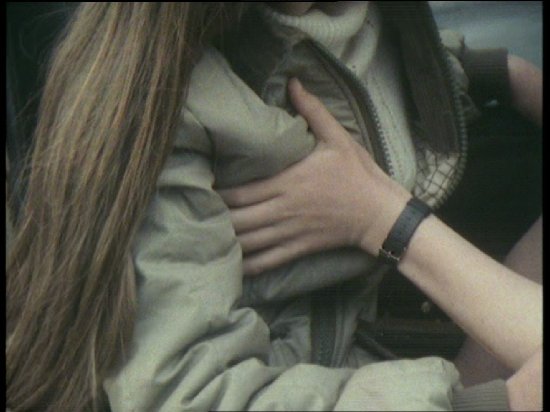 Mole's inner dialogue (essentially his diary) is what makes the series so amusing. As his life unfolds, lurching from one drama to the next, it's the commentary where the laughs lie. An prime example is towards the end of Series 2 when Pandora arrives at Adrians in so called 'monochromatic rags' - a dig at the fast emerging New Romantic era of its narrative. Adrian smiles at her whilst his inner dialogue asks 'monochromatic rags - what are those?'. We then cut to the next scene and he too is wearing 'monochromatic rags'. And so it goes, carving a rich and hilarious commentary out of the eighties. 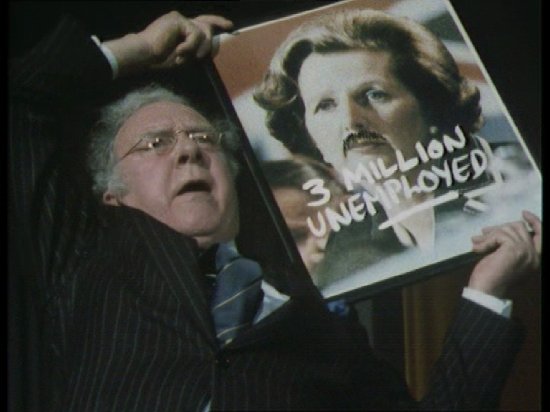 Each of the two series has six episodes, generally 30 minutes (minus ad breaks) though episode 1 of the first series runs at almost an hour. Whatever the case, it seems like a meagre portion and you'll find yourself pining for more when it's over. So much so that I even considered tracking down the 'Cappuccino Years' which aired 15 years later with a quite different cast - but then thought better of it. 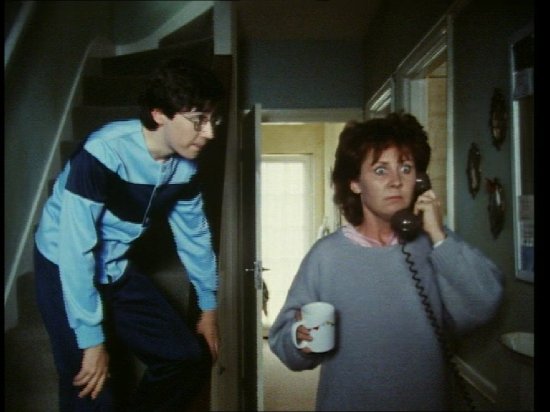 Despite Adrian being a typically self-focussed and often irritating teen, he' remains somehow likable. Maybe it's because of his devotion to craggy Bert (Bill Fraser) a lonely old timer who Adrian takes to visiting. Interestingly, we see Bert's lonely and sad existence turned round as a result of Adrian's persistence, showing that even people like Adrian Mole can (and often do) make a positive difference to our world, as Bert is integrated back into the community where he always belonged. 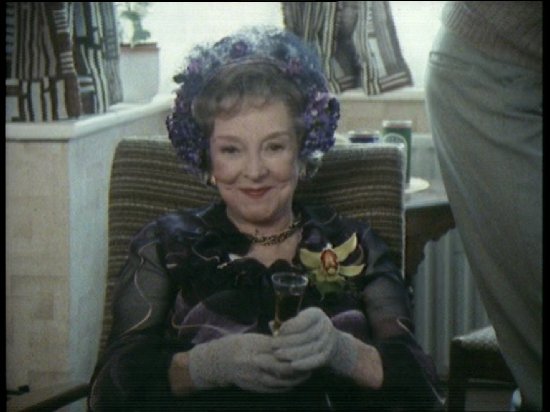 The whole thing is wickedly political and takes no prisoners when stereo-typing its protagonists. Pandora is perhaps the most wixkedly observed character of all (and perfectly cast with Lindsey Stagg) as the terribly serious, right on left-wing activist who throws a tantrum when her Pony is taken away. 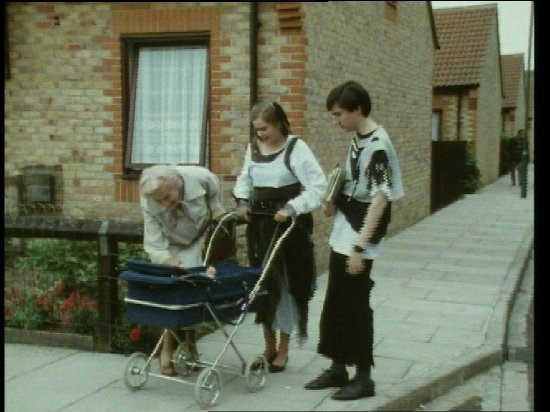 Mole is played brilliantly and I couldn't resist looking up actor Sammarco in the 'where are they now files' as he has not been active in television pretty much since this aired, and it appears that he now has a hum-drum existence just like the rest of us. Just his luck! 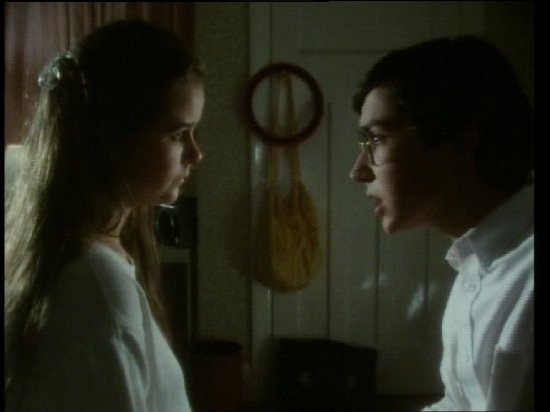 And thinking of Barry Kent just reminded me of the scene, after Mole gets suspended for some political act, when he starts hanging around with Kent's gang; '…living life instead of just reading about it'. But he soon gives it up when he realised that an average night means hanging around outside the chip shop throwing quavers at each other. The series is just full of glorious observations.

Picture quality is a little variable across the two series, possibly reflecting some upgrading by the production company at the time with Series 2 looking substantially better, in terms of literal resolution, lighting, contrast and deeper blacks. However, I'm sure this is what they looked like when they aired so don't wait for anything better.

If you buy one comedy DVD this year, make sure this is it. Fabulous stuff.