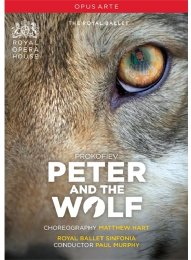 For my first review of the year, I decided to skip a few in the huge list of 'things to do' and head straight for the short, but almost perfectly formed Peter and the Wolf, a work which has become one of the most popular pieces of classical music in the history of the genre. 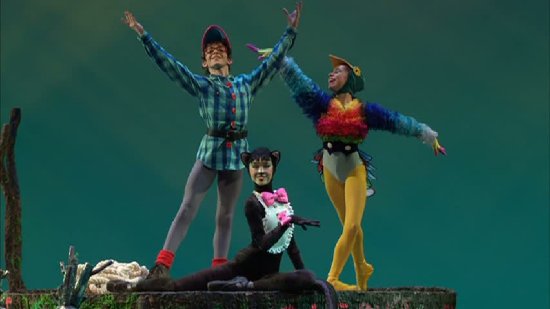 The music lends itself perfectly to dance, which is hardly surprising considering the composer's success in the field of 'real' ballet composition, and being a children's story there's no reason not to have children do the dancing.

It is always a good move to get children who can actually dance as well, and so here are the members (probably all of them) of the Royal Ballet School performing Matthew Hart's 1995 take on the story. 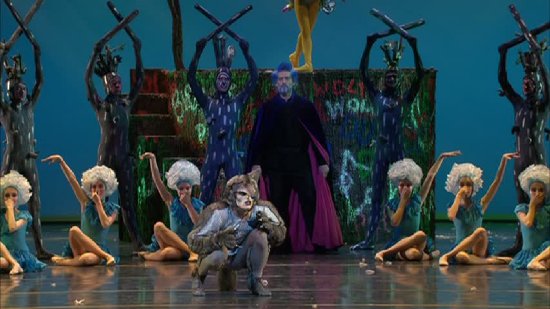 Aside from Will Kemp (ex-Royal Ballet member, turned actor), the oldest person on stage is 20, and he is Sergei Polunin, a Principal of the 'grown-up' company, brought in to play the Wolf and to give the kids the chance to dance with one of their heroes. Judging by his comments in the very worthwhile, but short, film that accompanies the main programme, he is more nervous than they are.

The music itself isn't altered in any way, but there are some sections which I feel have been slowed down a little, most likely to allow the movement on stage time to breathe. This doesn't detract from the enjoyment however, and the Royal Ballet Sinfonia play superbly. 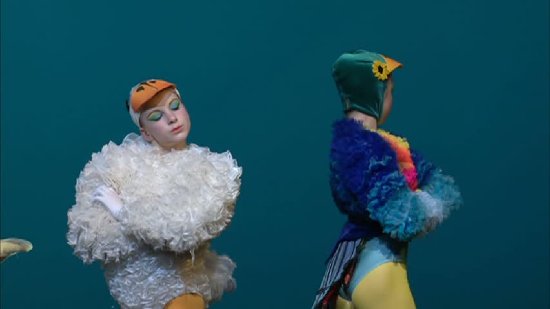 Polunin cuts a dashing, arrogant figure as the Wolf, and as such, has more of the athletic moves associated with more experienced dancers, but this isn't meant to detract from the younger Principals, who manage the stage of the opera house as if they have been doing it for years.

Killian Smith plays Peter as a confidant, strutting lad who is far better at breaking the rules than following them. He is a confident and outgoing dancer and carries himself well. 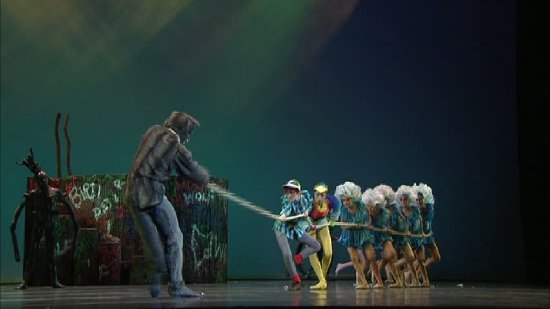 The bird, duck and cat are played excellently by Laurine Muccioli, Charlotte Edmonds and Chisato Katsura, with Muccioli and Edmonds having great fun squaring up to each other, and Katsura producing a particular slinky and cunning cat. Within the extra film, it is Edmonds who lets us know that it is the dream of every young female dancer at the school to be 'lifted' by Sergei Polunin and this little fantasy is hers to enjoy just before being swallowed whole by the wolf. Ah well, not a bad way to go I suppose. 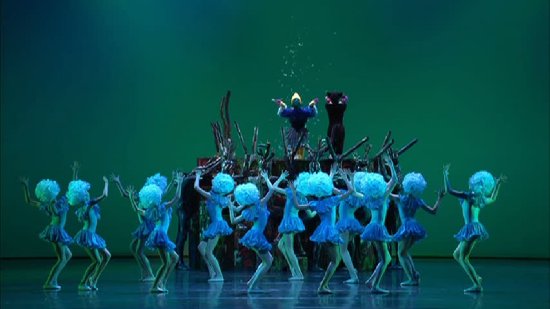 Will Kemp dodders his way through the role of the Grandfather brilliantly, and as the narrator, is very clear although I'd prefer a little more variation in his tone of voice.

The rest of the RBS take up the roles of the hunters, the meadow, the pond, the wall, the trees..and this is probably the most successful part of the production, as there is a great amount of comedy, menace and outright charm with everything that is done with the assumed non-animate objects (not counting the hunters here of course!). 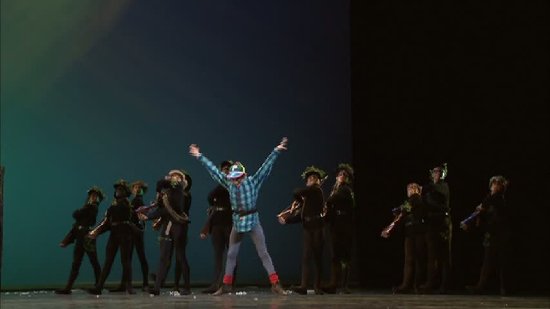 Excellent ensembles and believable, confident acting across the board makes this not only a very useful introduction to ballet for any age, but also to those who are already familiar with the great ballets. It's a perfect advertisement for the future stars of the Royal Ballet, and only annoyance is that the DVD is so short (38 minutes in all, including the film) and it would have been great to have had it packaged together with the Tales of Beatrix Potter, with which it was coupled on the night.