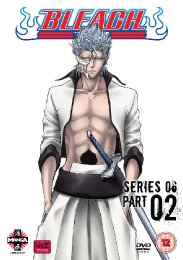 With Season 6 Part 1, Bleach suddenly became interesting again. I have to admit that of all the long running shonen stories that I have sampled, Bleach is my least favourite, dull, monotonous, tedious and repetitive. But there was a time when I really believed that it would excel, as when it first debuted, it was bright, original, smart and energetic. That first, short season of stories, of a boy suddenly turned into a Soul Reaper, having to deal with the repercussions of the afterlife impacting on his home town of Karakura really appealed to me, with a refreshing balance of comedy, action and drama. Alas seasons 2 and 3 drained whatever goodwill I had for the show by diverting the story into the next world, and then seasons 4 and 5 induced loathing by diving into a stretch of filler so bad that it actually had me longing for Naruto filler to ease the pain. But a few months ago, the UK release of Season 6 began, and the end of the filler meant that I could watch Bleach without falling asleep. The fact that it was set back in the real world again actually got me excited about the show in a way that I haven't been since that long distant first season. The end of the previous batch of episodes slowed things down again with an extended stretch of episodes focusing on one-on-one powering-up, do one's best, battle sequences. That looks to come to an end early on in this instalment of Bleach. With any luck, Part 2 will be even more engaging than Part 1. 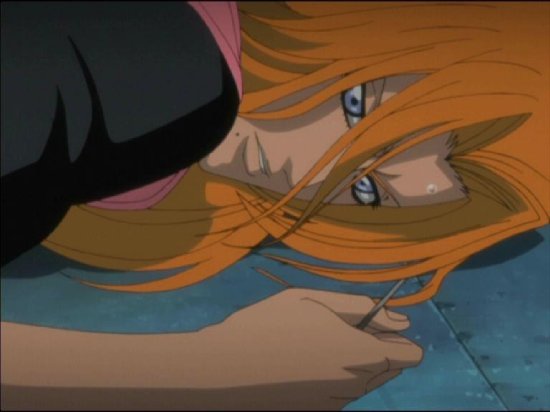 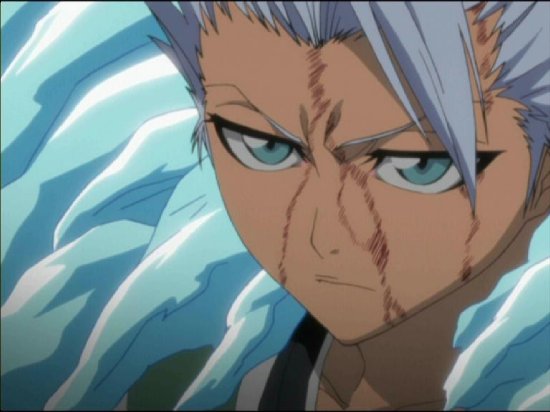 The end of Season 5 felt a lot like the end of Season 3, in that the gang had all got back from the Soul Society, except Rukia Kuchiki, who was still in the Soul Society recuperating from her injuries. Soul Reaper Captain Sosuke Aizen and his cohorts had been unmasked as traitors and had fled, while Uryu Ishida was still missing his Quincy abilities. We can almost imagine that the Bount arc was just a brief hallucinatory nightmare, except that the Bount detectors, mod souls in cuddly toy guise, have stuck around as comic relief and to occasionally supply exposition, and the main characters do refer to the Bount incident from time to time, not that it has any bearing on the story. 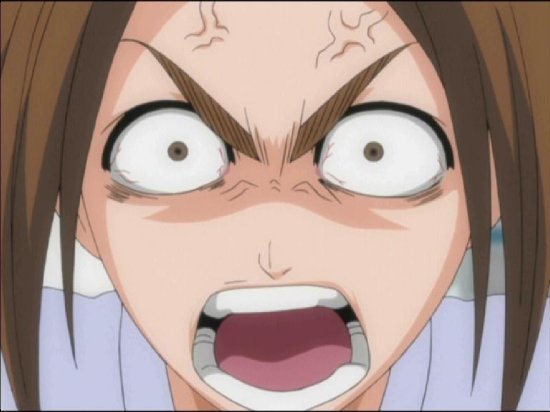 All isn't well for Ichigo Kurosaki though, as his recent adventures have brought his Hollow side ever closer to the surface. It's that masked alter ego that takes over in stressful combat situations, and while it gives him an edge in combat, it also takes him one step closer to losing control, and that is something that terrifies him. It also isn't long after their return that the usual Hollow attacks on the world of the living resume. That isn't good for powerless Uryu Ishida, who when confronted by a Menos Grande is saved by his father Ryuken, who surprises him by revealing that he has Quincy abilities as well. Ryuken offers to restore his son's abilities, on the condition that he never again associates with the Soul Reapers. At school there is a new transfer student, Shinji Hirako who takes a peculiar interest in Ichigo. 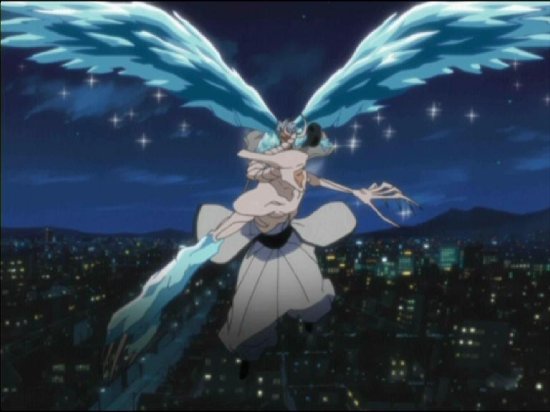 But bigger trouble is brewing, as Sosuke Aizen puts his plans into effect. He starts by taking the strongest Hollows, indeed the strongest of the Menos Grande, and begins removing their masks, and equipping them with the Zanpakuto swords and abilities of the Soul Reapers. These are the Arrancars, and they soon come to the living world to wreak havoc. At the same time, it turns out that there is an outlaw group of Soul Reapers, shinigami that have embraced their Hollow natures and strengths, have donned the masks of Hollows and have called themselves Visoreds. That is suspiciously close to what Ichigo is facing, and these Visoreds want to recruit Ichigo to their ranks. The lines between Soul Reaper and Hollow are blurring, and war is coming to the Living World and the Soul Society. And you won't believe what Ichigo's father does in his spare time! 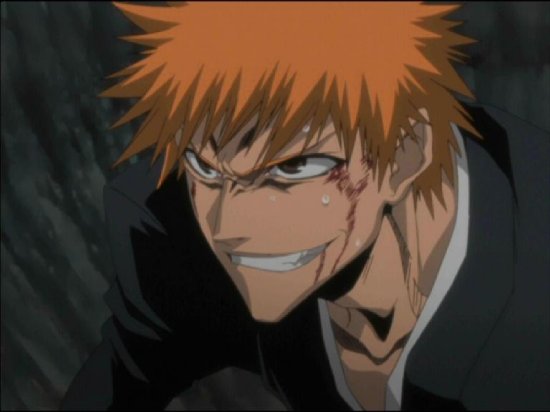 When we left Season 6 Part 1, the Shinigami and the Arrancars were locked in a pitch battle over the city, and things weren't going well for the Soul Reapers. If Ichigo is to have a chance against these foes, he'll have to find a way to control and use his Hollow side. Season 6 Part 2 of Bleach presents 11 more episodes, episodes 121-131 across 2 discs from Manga Entertainment. 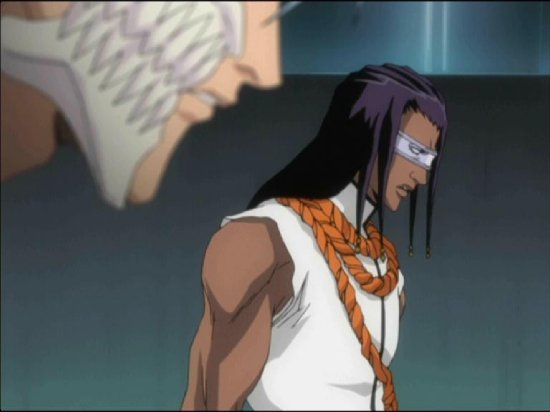 From Season 6 onwards, Bleach goes native PAL. It's a more common sight in anime mastered in Australia now, and gone are the days of ghosting, judder, lower resolution and conversion artefacts, and in comes a 4% PAL speed up. The image is clear enough, the colours strong and vibrant, and the picture is as sharp as you would expect. It's a fun, colourful animation, heavy on the primary colours, and the character and world designs have universal appeal. I must say that in this sixth series, the character designs are showing a greater degree of inconsistency, which is a tad disappointing. Given that it is a long running show, you wouldn't expect a great deal of detail and frippery, but though the animation is simple, it's also very dynamic, especially in the action sequences. Bleach looks really splendid now, all except the end credit text scroll, which didn't survive the transfer to PAL as well as the animation did. 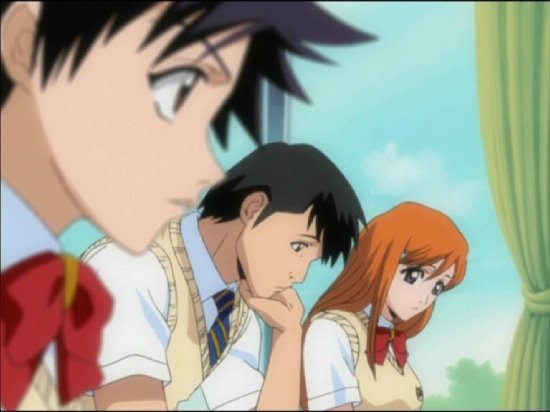 Static menus and a jacket picture for when the disc isn't spinning. Each episode ends in an Illustrated Guide to Soul Reapers Golden comedy sketch. The only extras are on Disc 2. This has a textless closing sequence, and 32 line-art images in a gallery, as well as trailers for the Bleach the Series, Bleach the Movie 1: Memories of Nobody, and Bleach the Movie 2: Diamond Dust Rebellion. 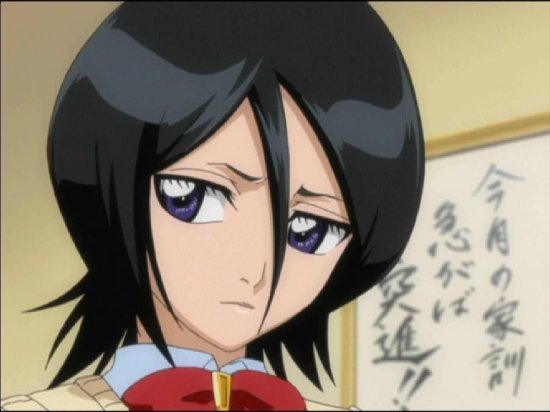 It's good. I am still the same guy who has been hating on Bleach since the first season, its slavish devotion to the tropes of shonen anime, the levelling up, the constant exhortations to do one's best, and the ability to prevail through superior willpower alone. I've been loathing the interminable periods of people running around with unfeasibly large swords, desperately in search of a plot. And I have absolutely detested the long periods of filler, where the quality of an already tedious anime took a plummeting nosedive into banality. The promise of that first season just felt squandered by the subsequent four. Yet now that season 6 is upon us, I find that I'm enjoying Bleach again, it's fun, it's entertaining, it's edgy and it's got the sly twinkle in its eye that so attracted me in the first place. Once again, I can only assume it's because the story is taking place in the real world that it is this way. Season 6 Part 2 is actually an improvement on Part 1, and it may actually be better than Season 1 as well. Certainly I was hooked for most of this instalment, and it was only the final run of four episodes that saw my attention begin to drift again. 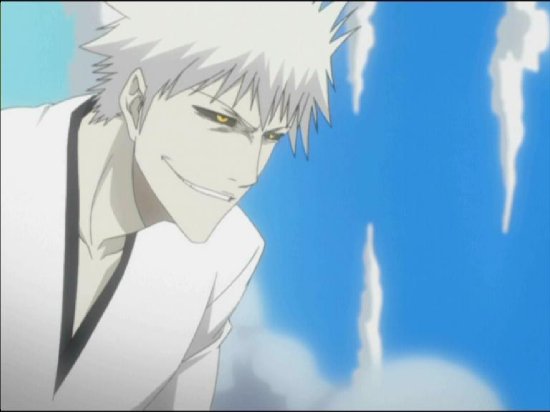 The odd thing is that this collection isn't about the Earth shaking battles with uber-villains; it's about training, about levelling up to face the next big threat, Aizen and his Arrancars. The battle that cliffhangered over from the previous volume is quickly resolved with no clear victor, and it becomes a matter of the bruised and battered survivors coming to terms with what has happened. The Soul Reapers realise that they will need a lot more power if they are to stand against this force, and the Soul Society starts researching in earnest just what Aizen's goals are. 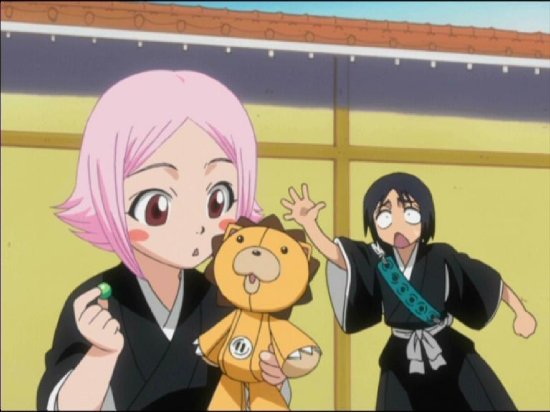 For Ichigo and his friends, they also have to come to terms with how the battle turns out, and Ichigo realises that with his inner Hollow threatening to overwhelm him at the first opportunity, he can't fight the enemy and himself at the same time. Seeing Rukia hurt and the other Soul Reapers almost overwhelmed by the Arrancars also induces no little guilt, but fortunately the Visoreds offer him a hope in controlling his darker side. We meet eight of the Visoreds here, and we learn a little more about them, their desire to recruit Ichigo to their ranks. There is the usual threat of character overload, so prevalent in anime of this sort, but the Visoreds get a decent introduction, and some nice development here as they spar verbally and physically with Ichigo. 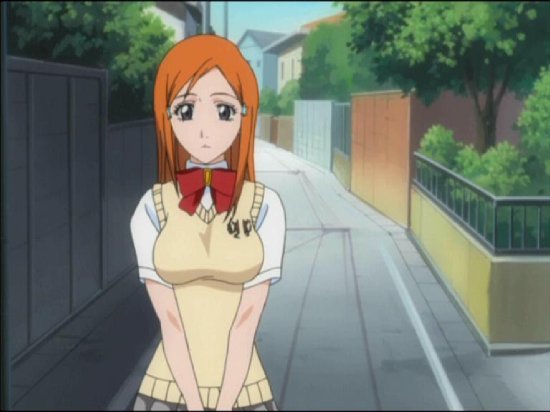 Chad too is looking to level up, and he turns to Uruhara and Renji to help him strengthen his arm. At the same time there is the odd aside to Uryu Ishida, who is still looking for his Quincy mojo with the questionable aid of his father, but these two only get a small look in these episodes. The real interesting development, aside from Ichigo is that of Orihime, who here is given the opportunity to get out of this bizarre life. Her first encounter with the Arrancars damaged her powers, and as she is pointedly reminded, the Soul Society has no shortage of healers, making her other skills redundant. She has to redefine her place among her friends, decide whether she is a burden to them, or can actually help them. It's a nice emotional mini-arc for her at this point in the series, and it's certainly a high point in these episodes. 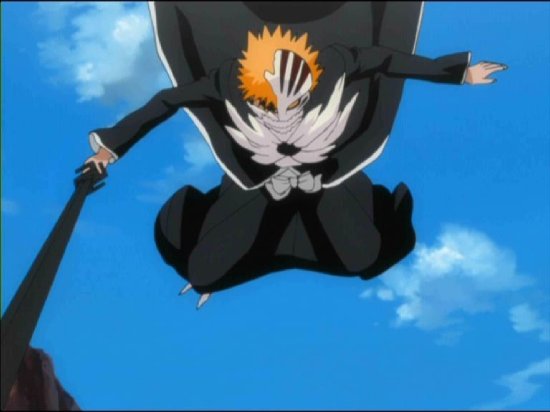 It's the final four episodes in this collection where standards begin to slip again, and where I once more found my attention drifting, sleep beckoning. With Ichigo and his friends off training, we follow Hitsugaya and Rangiku as they help a couple of errant souls, young brother and sister Shota and Yui, as they also deal with a pseudo-Arrancar with the ability to clone itself. It's a dull, plodding, and rather tedious stretch of episodes, certainly not as interesting as the first seven on this set. Sure enough, one quick wiki and I learn that we are now in a ten-episode stretch of filler. Bleach almost had me hooked with this volume, but like an elusive pike, I manage to wriggle free of the line. Given that the next instalment will begin with six more episodes of filler, it may be a while before I take the bait again.