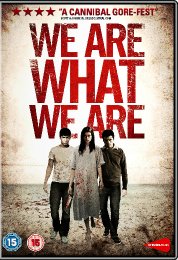 We Are What We Are (DVD Details)

Article
Horror flicks Husk, We Are What We Are and The Unforgiven hit DVD and Blu-ray in March

Review for We Are What We Are

We are What We Are

The Cannibal genre is not one associated with credibility and artistic endeavour within the film industry. Among the most divisive, usually shocking, often vile, and sometimes exploitative of sub-genres, historically, the very nature of the word has been enough to provoke derision from the mainstream.

It does not help that for so long, accomplished filmmakers strayed from the subject, leaving it to be tossed through the hands of exploitation cinema, often with little panache. It's unfortunate, but when one thinks of a subject as challenging as this, jolly, if gory and ridiculous hjinks such as the slaughter that occurs in Cannibal Ferox (1981), immediately spring to mind.

There have been exceptions to the rule of course. While Ferox was in many ways the nadir of the Italian treatment, Ruggero Deodato's Cannibal Holocaust (1979), was a masterpiece. However, these films, good or bad, dealt with the issue of cannibalism from a culturally alien perspective. The flesh-eaters depicted in Italian cannibal cinema, and much of it's ilk, are tribes, born into such ways, and more often than not these pictures become vacant, though frequently exciting jungle adventures. Who doesn't enjoy the sight of the laughing, giggly tribes-people of Jesus Franco's The Devil Hunter, complete with natty, papier-mâché totem pole. 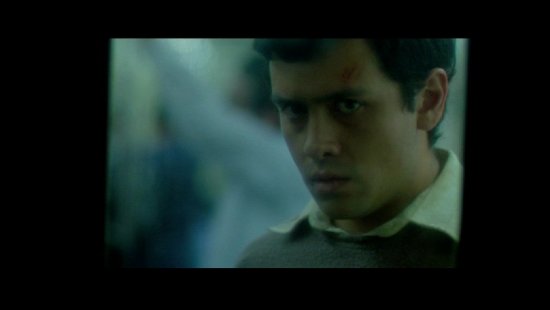 The art-house has occasionally trod into Cannibal-related waters, offering up Delicatessen (1991), a prickly French comedy that dealt with the butchering of handymen within an apartment building, in order to provide food for the hard-up butcher shop housed in the building. Eating Raoul, and Peter Greenaway's The Cook, The Thief, His Wife, and Her Lover also both adopted the cannibal concept as a pay-off to blackly comic plots.

Antonio Margheriti's Cannibal Apocalypse (1980) brought Cannibalism home, in truly lurid fashion. In this tacky, uneven thriller, John Saxon is bitten by a Vietnamese cannibal, unlikely as it seems, and upon returning home, begins to crave the taste of flesh .Pitched somewhere between Nam exploitation flicks, Cannibal Ferox, and the gory delights of Zombie Flesh Eaters (1979), it's a film that has moments of brilliance, and those that are utterly daft, in equal measure. Strangely, We Are What We Are recalls the structure of Apocalypse, but does so with a superior degree of thoughtfulness.

In broad daylight, a man collapses and dies in the street. At home, his family. Two sons, daughter and wife, grow increasingly concerned as they begin to fear the worst. These sensations are confirmed when the daughter, Sabina, played by Paulina Gaitan, discovers what happened to the father.

In press materials for this movie, IFC films stated,
"The devastated family is confronted not only with his loss but with a terrible challenge -how to survive. For they are cannibals. They have always existed on a diet of human flesh consumed in bloody ritual ceremonies... and the victims have always been provided by the father. Now that he is gone, who will hunt? Who will lead them? How will they sate their horrific hunger? The task falls to the eldest son, Alfredo, a teenage misfit who seems far from ready to accept the challenge... But without human meat the family will die. Shocking, bloody and deeply moving, WE ARE WHAT WE ARE is a remarkable reinvention of the horror genre - a visceral and powerfully emotional portrait of a family bound by a terrible secret and driven by monstrous appetites".
This all sounds rather sensational, but it's somewhat misleading. "We are what we are" is not akin to traditional horrors, and not by any means a thrill-ride. Instead, it's an intense, thoughtful character study, disguised as a rather sensational shocker.

Alfredo, the elder son, is not at all a "manly" figure. Instead he's somewhat insular, insecure and the least dominant of all his family. Their struggle to acquire food with which to survive, is a quest parallel to his coming of age, and becoming the man of the house, so to speak. In a sense, his vulnerability makes him the only sympathetic member of the family, and puts him in a similar category as the title character of George Romero's Martin (1975)

Perhaps unsurprisingly- given the subject matter- We Are What We Are is an extremely unpalatable piece of work, though not in the manner one would expect. There are occasional, fleeting moments of gruesome violence and imagery, but in relation to many entries out there, it's rather tame stuff. If one has to categorise it, the film slots alongside domestic cannibal films. Works such as The Hills Have Eyes, Texas Chainsaw Massacre, and even The People Under The Stairs. This piece dissects, and rips apart society's accepted notion of the family unit, and renders them more akin to a pride of vicious lions. 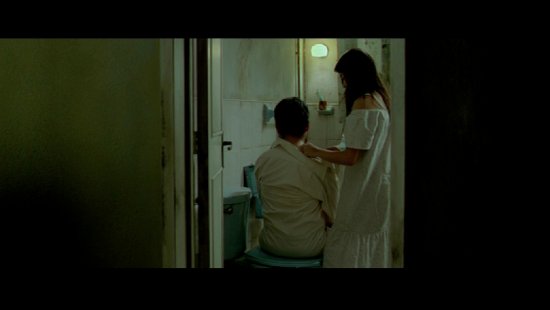 Even alongside those other, superior entries however, Jorge Michel Grau's film is somewhat more introspective, quiet and unusual. Those are the traits that will both enthral and disappoint audiences in equal measure. Outside of the main character, and his journey towards becoming the alpha male, not a whole lot else happens, and there is very little excitement. The characters remain static somehow, around Alfredo. But this film plays on the mind, and what is most disturbing and horrific, is the detached, closeted lifestyle of the family. They will do absolutely anything in order to survive, and for the family's bloodline to continue. Their primal tendencies, and fundamental lack of moral ground is the most horrific aspect of the entire film.

The only extra included is a trailer. A poor value package indeed. 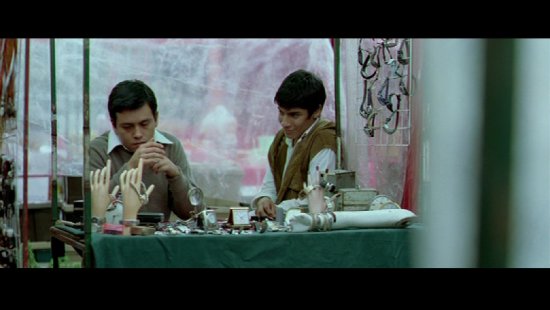 Viewers seeking a straight-forward, conventional horror picture in We Are What We Are, are likely to find only disappointment. This Mexican effort is lathered with a sense of cultural ambivalence and social detachment. Whilst early scenes are a little slowly, and the film suffers from being as detached as the family it depicts, the sense of impending collapse that develops lends the film a much-needed sense of urgency in the final act.

We Are What We Are is a memorable, considerate family drama, impressively packaged as a horror film, and while extremely uneven, it suggests even better to come in the future from the director Grau.