Review of Wargames
added by
Jitendar Canth
Places to Buy 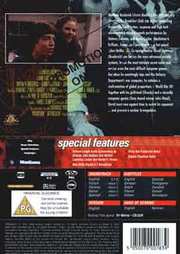 Back Cover of Wargames 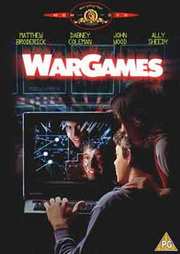 Computer hacker David Lightman can bypass the most advanced security systems, break the most intricate secret codes and master even the most difficult computer games. But when he unwittingly taps into the Defense Department`s war computer, he initiates a confrontation of global proportions - World War III. Together with his girlfriend and a wizardly computer genius, David must race against time to outwit his opponent...and prevent a nuclear Armageddon.

Soundtrack By:
Arthur B. Rubinstein

Director of Photography:
William A. Fraker

Wargames is a classic drama & adventure movie from the year 1983 and it`s also one of those movies that takes you back to the feeling of 80`s nostalgia. This movie is nowdays quite silly, but still very entertainting, with all those legendary acrade games and computers (reminds me about the time when i used to play Commandore 64 and Nintendo with my friends). Even this is a "unrealistic" film, it`s still got the nice atmosphere and the value of good old times.

Wargames is directed by John Badham who is known for movies like Saturday Night Fever, Dracula, Blue Thunder (the great helicopter movie starring Roy Scheider and Malcolm McDowell), Stakeout, Another Stakeout, Bird On A Wire, The Hard Way and Short Circuit. The cast is gathered from actors like Matthew Broderick "David Lightman" who is usually quite funny, Ally Sheedy, Dabney Coleman and John Wood.

Well, the story is a bit thin, but not as simple as it may sound and it goes something like this: Lightman kid unknowingly hacks into Government super-computer and plays a "game" of global-thermonuclear war, unwittingly setting the ball rollings towards World War 3. So, next Matthew gets into trouble with the Government, agents and all that kind of things. Then in the end he`s gotta face the "Joshua" and stop the computer with the "Tic Tac Toe" game before it starts the real global-thermonuclear war.

The Wargames became actually very popular movie in the summer of 83 and it earned about $75 million at the boxoffice, which must have been a quite a suprise, because the budjet of this movie was low the average. So it`s a good movie, but do we get among with the MGM`s dvd disc.

It`s got a interesting 8-page booklet with trivia and production notes and a nice looking disc, which holds a good audio commentary by director John Badham and writers Lawrence Lasker / Walter F.Parkes (I had some expectations about this commentary and luckily I can tell you that it was worth of listening) + theatrical trailer.

The video transfer is ok, with a 1.85:1 widescreen, but it looks quite old and the colors are a bit lousy and the sharpness is missing. Sure it`s a better format than Vhs, but not the best looking transfer. The audio quality manages to get better points, because the soundtrack is Dolby Digital 5.1 and Rubinstein`s funny music sounds clear. The menus are silent, with nice looking scene selection and overall the transfer is quite ok. The weakness of this disc is the amount of extra features, but then again many disc`s doesn`t have even theatrical trailer, so what can I say, ask MGM to make Special Edition of this movie.