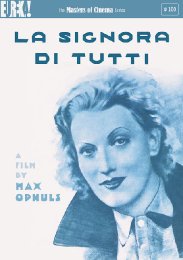 Eureka have done it again. A film, of which I was previously unaware, is being released and I have received a review copy so I now want to check out the director's (in this case Max Ophüls) previous work. I can't remember how many times this has happened but it is one of the perils of being a reviewer and film addict.

The film in question is La signora di tutti (1934), one of the first films by Max Ophüls who is generally regarded as a great filmmaker with plenty of high quality, thought provoking and technically brilliant movies to his name. Although I recognised some of the film titles (Lola Montès, for one), I am entirely unfamiliar with his work so was able to watched this without any preconceptions. 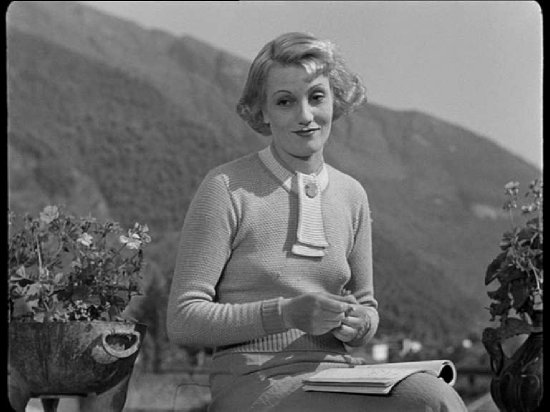 The film begins with a record playing through the opening credits and you know that that song will feature quite heavily in the film somewhere, somehow and the circular motion of the record will be a visual motif that recurs throughout the movie. The very next thing is a scene with a woman on a surgical table who is practically covered head to foot with a mask descending onto her face and what follows appears to be an anaesthesia-induced set of flashbacks to what brought to this time and place.

Gaby, a beautiful woman, seems to remember her life through all of the men she has known and loved, beginning with a married teacher who commits suicide because she doesn't want to be with him and ending with a wealthy businessman, Leonardo Nanni, who she marries and goes on a trip around Europe with which ends in his imprisonment for embezzlement after she decides to leave him and go somewhere where she could be alone and comfortable. 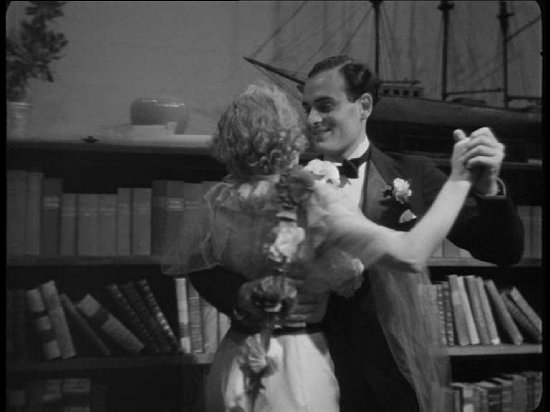 The bulk of the film is occupied with Gaby's relationship with Leonardo and the difficulties that come with the close proximity of his mother who, to Leonardo's surprise, likes Gaby and would like to spend more time with her, much to Gaby's dismay he would rather spend time with Leonardo and than his mother. As the relationship progresses, the mother almost becomes a suffocating presence to the point that, crucially, Gaby and Leonardo go outside away from her when she is ill and relying on Gaby for comfort and companionship. Following a tragic incident, there is a piece of music that Gaby cannot better her and there is one particular day that lives long with Gaby, testing her very sanity as she can hear the music but no one else can. 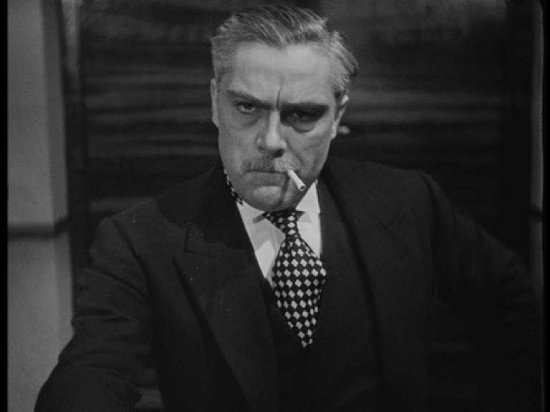 La signora di tutti is a melodrama with elements of film noir and even expressionism, perhaps unsurprisingly given that Max Ophüls was a German Jew who would have grown up watching films by Robert Wiene, Fritz Lang and F.W. Murnau. Some of the facets of this film even prefigure the film noir movement such as the flashback structure and femme fatale so, as it was made in 1934, one can reasonably argue that it was a film ahead of its time.

This is one of those films that you can sit down and watch what you want something to easily pass the time when you have 90 minutes to spare as it is a challenging watch where you need to pay attention to the camera moves, editing and the film's construction to get the most out of it. It is an extremely rewarding watch though one you would probably have to sit through a couple of times to fully appreciate everything that Max Ophüls did. 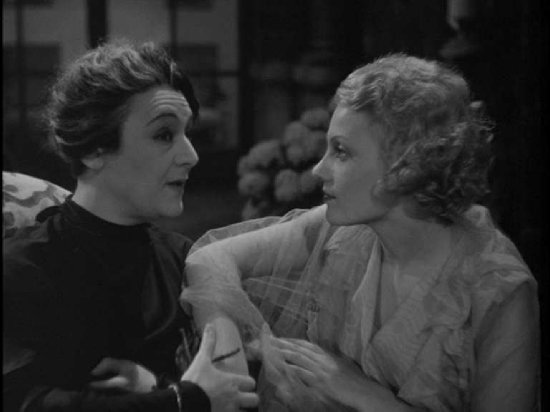 Extra Features
The only special feature on the disc is a 10 minute visual essay on the film by film scholar Tag Gallagher who examines many of the visual features and smart camerawork that Max Ophüls employs during the film. This is the sort of featurette that makes you look at the film in a different light and then revisit it to see where Gallagher's observations fit in and how they change your understanding of the film's visual art.

The set also comes with a booklet that contains a brand-new and lengthy essay by French filmmaker critic Luc Moullet, an interview with Isa Miranda plus a testimony by her and an essay and another short piece by Ophüls. The 28 page booklet is a fascinating and rewarding read and it's the sort of thing that you should leave until after your first viewing so that the second is more involving and your first experience of the film is not spoiled by the spoilers contained within the interviews and essays. 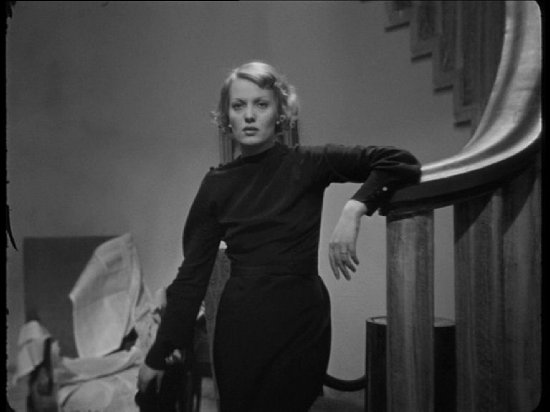 The Picture
Presented in the original aspect ratio of 1.37:1, the monochrome photography looks stunning and there are some fascinating aesthetic elements that you will appreciate more on a second or third viewing that on the first. One of them, as Tag Gallagher points out, is where you have a woman in a rowboat holding a conversation with people in a car yet they move in different directions with the boat going from right to left at the car going from left to right. This shouldn't work but it does and somehow emphasises the difference between the groups.

The picture quality is generally very good with very little heavy graining, scratches or white spotting. There are a few scenes where the left-hand side of the frame tends to appear a little blurry but this isn't really anything to put you off and I only mention it here because I was actually looking for picture blemishes. 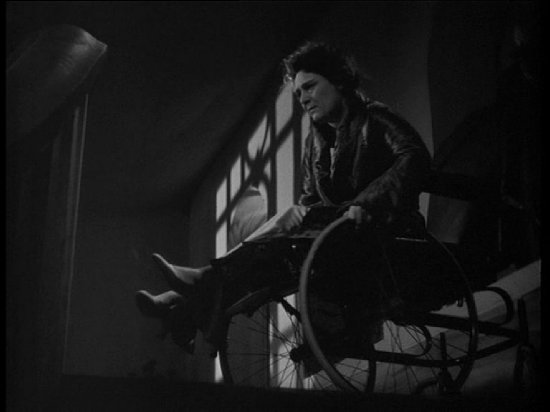 The Sound
The Dolby Digital 2.0 mono Italian track is beautifully clear and presents the dialogue very well and, when Gaby is driven insane by some music, it very cleverly shifts from what appears to meet non-diegetic sound to diegetic music so that what you thought was scored music is actually coming from a radio in an upstairs bedroom.

The optional English subtitles are excellent: well written, free of spelling and grammatical errors and stay on the screen long enough for you to read and digest them before they disappear and are replaced by the next line. 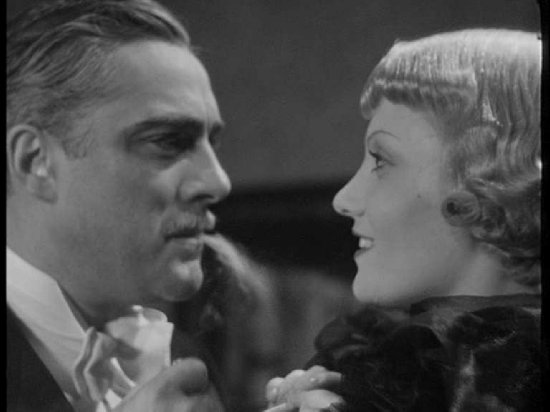 Final Thoughts
Although I have seen enough of Max Ophüls' films to know whether he is truly a master of cinema, this film suggests a director with immense talent and I look forward to watching as many of his other films as I can find. La signora di tutti is an extremely accomplished piece of work with splendid performances by all the main cast, particularly Isa Miranda who was then an unknown actress but she became a star by playing a star.

This isn't the greatest package I've seen from The Masters of Cinema Series (Metropolis will really take some beating!) but it is an extremely good film with a terrific AV package and a fine booklet and interesting visual essay to provide some background information and textual analysis. Fans of Max Ophüls' work will no doubt welcome this release with open arms and even if you have just heard his name and wonder what all the fuss is about then this DVD set is well worth buying.