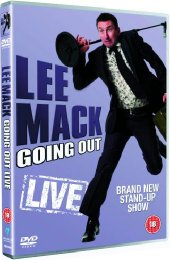 Blu-ray
Cleanin' Up The Town: Remembering Ghostbusters
Tags For This Item
2009, 2010, Comedy, DVD, Going Out, Lee Mack, Not Going Out, Stand Up, Stand up comedy

Not Going Out, staying in to watch a DVD of Going Out

Lee Mack has been on the stand up circuit for over 15 years now, so he is probably no stranger to those of you who regularly go out to stand up shows. He won "So You Think You're Funny" at the 1995 Edinburgh Festival Fringe, which just shows how long he has been out there on the circuit.

He was involved in one of the few funny programmes on ITV in recent history, The Sketch Show, with Karen Taylor, Tim Vine et al. He has had his own comedy show on Radio 2. But things probably really took off 4 years ago when his sitcom Not Going Out aired on BBC One (featuring Lee Mack, Sally Bretton, Tim Vine and Miranda Hart). The fourth series is about to air (although it was cancelled and then reborn after the third series ended). The cancellation led to Mack wanting to go out on tour again. 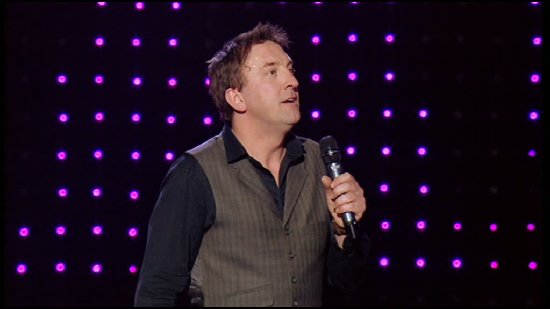 And his raised profile lead to a sold out tour, "Going Out" which was due to run from October 2009 to May 2010. In fact extra dates were added to the tour for November 2010 to cater for demand. So this DVD is coming out whilst the tour is still ongoing. However, you're very unlikely to be able to get tickets to the remaining shows.

The show on this DVD was recorded on the tour, at the Hammersmith Apollo in May 2010.

A 1.78:1 anamorphic widescreen transfer and a DD2.0 stereo soundtrack, which are just fine. 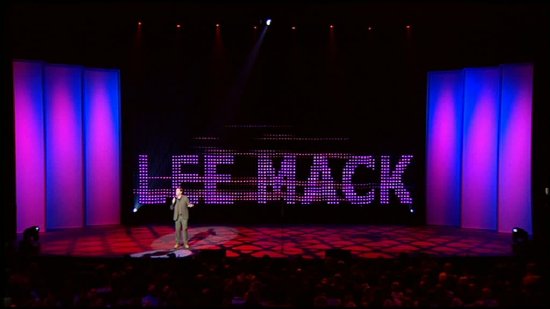 Two extras here, a tour documentary which gives some insight to life on the road with Lee (although he has to go for extra laughs by pretending to steal everything that isn't screwed down from his hotel room). There is also some footage from a few of the shows on the tour, which is nice to see.

And there's also a short set from Simon Evans, the support act on the tour. Evans is a good stand up, so the exposure on this DVD should get a few more punters through the door at his forthcoming shows. 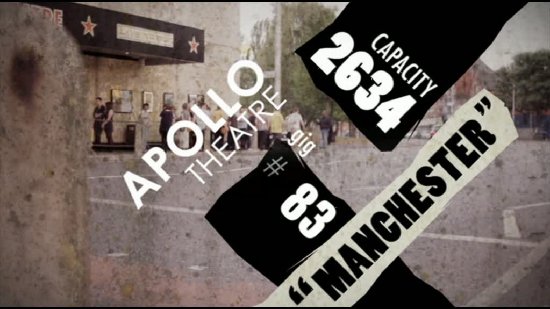 Another polished stand up set from Lee Mack. If you've only ever seen him in Not Going Out (or on Would I Lie to You), you might be pleased to know that his stand up style is very similar to the style of the sitcom, or his style when on a panel show. Yes, this tour show is a little bit ruder in places, because he doesn't have the BBC compliance unit to deal with, but his appeal is still pretty broad. And there's definitely something of Eric Morecambe about him...

As with the Jim Jefferies DVD that I looked at the other day, Lee's tour show is around 75 minutes long. And this time I really did want it to be longer since I think that he was only just getting going after about 50 minutes. But this is still an enjoyable hour, and I'm sure many people will be chuckling away to this one on Christmas Day. 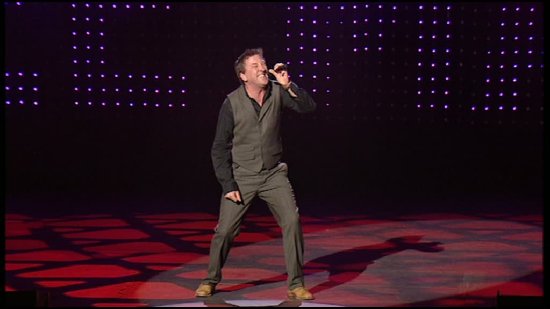