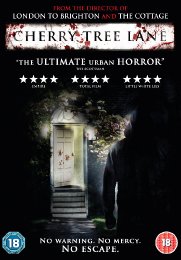 I first heard of Paul Andrew Williams because there was some buzz about his debut feature, London to Brighton, which led me to rent it and then go and see his second film, the horror/comedy The Cottage which, oddly, was not as accomplished a piece as his first feature. Williams' third film moves into another genre but sticking with the horror theme and losing the comedy to become a 'home invasion' film. Perhaps the most infamous/famous/notorious of these is Michael Haneke's Funny Games which, although it has a message, doesn't quite work because Haneke assumes that the viewer is on the side of the psychopathic duo who terrorise a family. Cherry Tree Lane doesn't really have such a message and is, like Them, an ordeal horror that is perhaps making a statement about the lawlessness of today's youth. 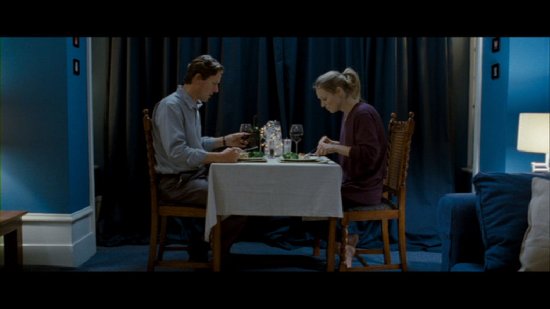 The film begins with a middle class couple, Mike and Christine, settling down for an evening meal at about 8 PM after they have both returned home after a hard day's work. There is some unspecified tension bubbling beneath the surface and it is clear that all is not well in the relationship. On their own because their son Sebastian is out, they try not to talk about the 400lbs gorilla in the room whilst Christine seems to make barbed comments to Mike and then saying that she didn't mean anything by them. Shortly after beginning their meal, there is a knock at the door which Christine goes to answer and, returning to the table, tells Mike that it was one of Sebastian's friends who was looking for him.

A few minutes later, there is another knock on the door and, when Christine answers it, is forced inside at knifepoint by three youths who demand to know where they keep the tape and, when Mike tells them that it is in the kitchen in the cupboard under the sink, proceed to tape his ankles and wrists together with his hands behind his back and put tape over his mouth. Christine isn't as harshly dealt with but she is petrified of the leader of the three, Rian, who informs them that they are there because Sebastian 'turned grass' which led to his cousin being given a long prison sentence and they are there to enact revenge on Sebastian. 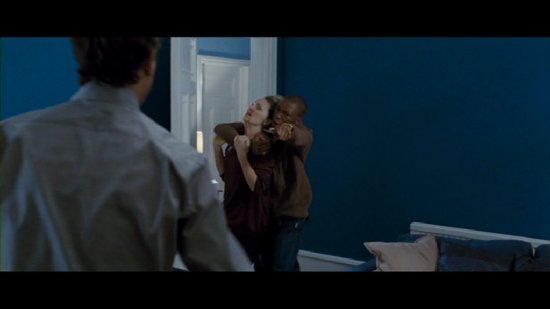 With about an hour to wait before he is expected home at 9 PM, the three lads settle in the front room with Rian paying close attention to Christine and ordering his cousin, Asad, to keep a close eye on Mike whilst Teddy takes his credit cards and, temporarily removing the duct tape, forces him to disclose the PIN number for each card. Once this is done, Rian tells Teddy to go to the shop and use the ATM to get as much money as he can from each card. Once he has gone, Rian makes further advances to Christine and eventually takes her into the room next door.

Films like this never really make comfortable viewing and Cherry Tree Lane is no exception with a suitably menacing performance by Jumayn Hunter as Rian and all pervasive sense of menace and dread thanks to the knife wielding kids who, after contacting some friends, also acquire an axe. You know pretty much from the outset that this is going to end pretty badly for someone and, when the dénouement comes, someone's life will never be the same again. 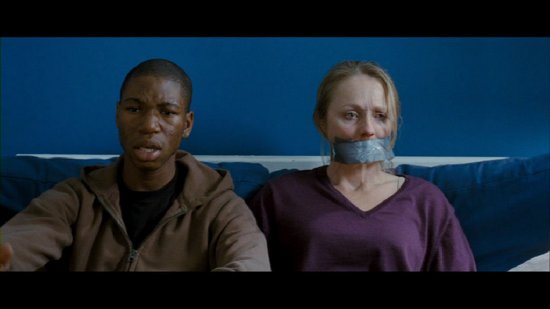 Extra Features
The commentary by Paul Andrew Williams is reasonably well delivered, interesting and with some revelations about the filming process. It isn't exactly the most engaging commentary I've ever sat through, but its worth a listen if you want to know more about the film.

Behind Closed Doors is a 25 minute featurette which begins with a trailer and then goes on to feature contributions from Paul Andrew Williams and the cast members who talk about how they became involved, what shooting was like and what they think of the finished film. It is a reasonably enlightening and well made piece that adds quite a lot to your understanding of the film.

Rehearsing the Horror is 11 minutes of rehearsal footage with the actors going through their lines, ad-libbing or practising the physical assaults.

There are also two trailers and an outtake, a spoofed scene that was done on the set and makes more sense if you watch it after the film. 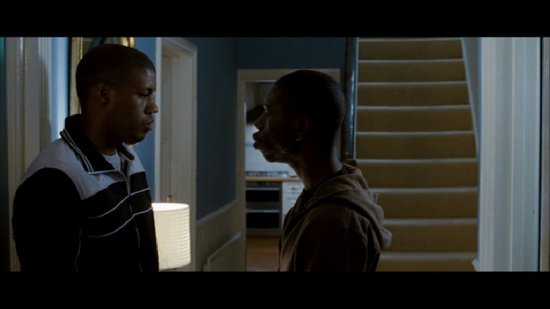 The Picture
Shot entirely in a real house in Muswell Hill, the film looks extremely good with different colour schemes for different rooms as the production had permission to redecorate as long as they put everything back as it was when they finished. The picture is clear and quite sharp with good colours, clarity in the darker scenes and SFX make-up.

The Sound
You have the choice of Dolby Digital 5.1 or 2.0 and, to be honest, I really couldn't tell the difference between them as the surrounds are barely used and almost the entire film is dialogue dominated, with all the sound coming from the centre speaker.

The disc also comes with an audio descriptive track and English HoH subtitles to cater for the visually impaired and hard of hearing. 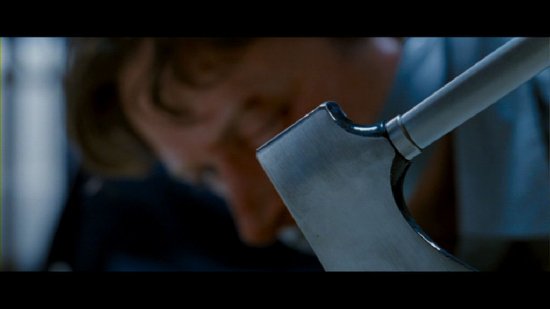 Final Thoughts
Taking place in real time from 7:50 2 PM to just after 9:00 PM, Cherry Tree Lane is a taut and well executed exercise in suspense and horror. From about 10 minutes then you know that someone is going to be savagely beaten in about an hour but the time until then is hardly dead space as the three young men who have barged their way into the house are armed and ready to use their knives. The three aren't all the same, cookie cutter clones of the Daily Mail idea of the terrible teenagers that are a sketch of society but slightly more complex and nuanced characters, especially Asif who really doesn't want to be there but has been coerced into tagging along by his older and more violent cousin who is desperate for retribution against the 'grass' who led him to be imprisoned.

Although this really doesn't have much of a message, it is a very well written and competently made film which shows that Paul Andrew Williams still has talent but is yet to make a film that builds on the promise made in London to Brighton several years ago.