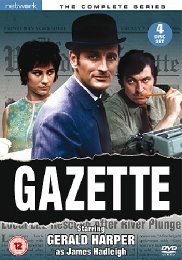 Review for Gazette - The Complete Series 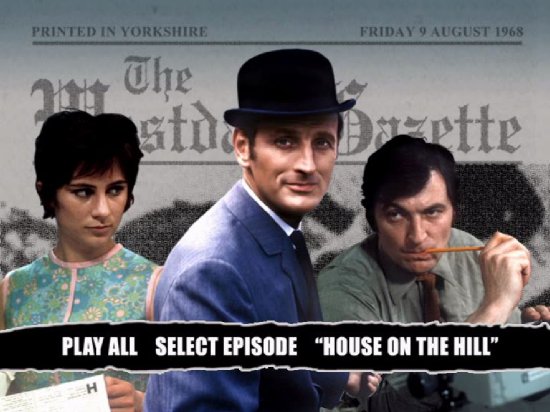 Well, who'd a thunk it? Another unexpected and arguably marginal release from the hard-working folk at Network. There will be those who have long admired follow-on series 'Hadleigh' who will be thrilled and delighted to discover that, not only do these episodes exist, but they are now available. The good news is that, despite these originating on video (as opposed to film) they remain in pretty good shape and are as watchable now as when they originally aired in 1968. 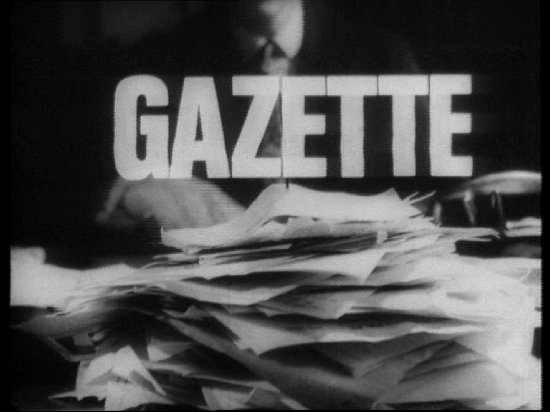 Not being a fan of 'Hadleigh' (though I will certainly check it out on the strength of this hard-hitting introduction), 'Gazette' came as something of a pleasant surprise. It's a show steeped in signs of its era, though is surprisingly risqué too. During the first episode 'Bastard' was used more than once, as well as the suggestion that a particular individual was '...only trying to get his hands up your skirt'. Racy stuff I would have thought for the times. 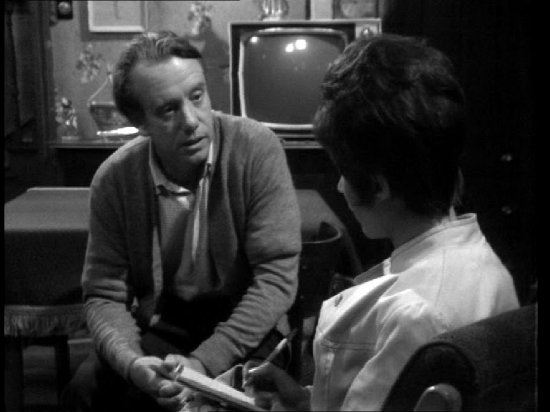 'Gazette' was produced by Yorkshire Television (and the DVD leaves the logo and sting intact at the start of every episode as well as bumpers in and out of the ad breaks; good news for purists). 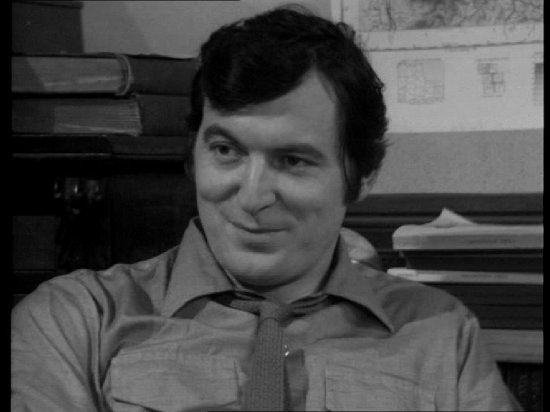 Gerald Harper (Adam Adamant Lives!) stars as James Hadleigh, proprietor of the Westdale Gazette, a Yorkshire newspaper owned by his father. Created by writer Robert Barr and originally screened in 1968, Gazette may have sunk into near oblivion had it not introduced the charming, slightly smug, but politically and socially conscientious protagonist whose future adventures would be chronicled in 'Hadleigh', a colour series airing between 1969 and 1976 - also available on DVD from Network. 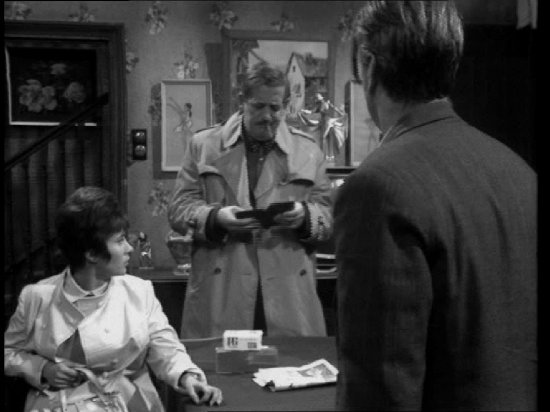 Returning from his role as an MP in London to Yorkshire to take up the proprietorship of the Westdale Gazette, James Hadleigh soon discovers that there is more to running the local rag than he had assumed. In the first two episodes, he is shocked by the way news editorial can be so easily affected by men of influence, and advertisers. Despite the potential loss of earnings, he wields his influence to take the rather provincial paper into some new, tougher territory - winning the allegiance of his cynical staff along the way. 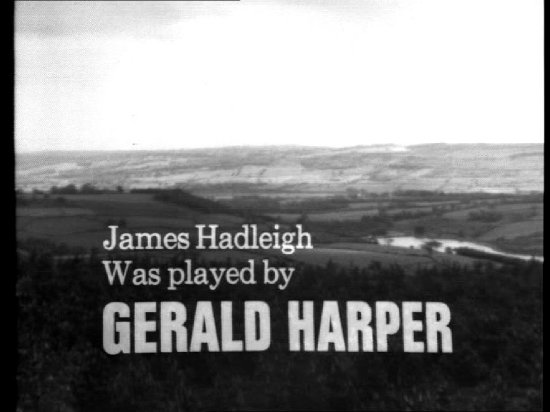 The editor, 'Waiters' (John Laurimore) is a no-nonsense, down to earth journalist who asserts his authority to make final editorial calls, though it is not long before he and Hadleigh develop some mutual respect.
Gillian Wray (a Z-Cars, Softly-Softly, Public Eye regular) adds a touch of glamour to the otherwise fairly gritty and bleak series as a headstrong cub reporter determined to get the story.

Michael Blackham completes the team as a young but experienced reporter who is ambitious to earn more money for his young family. 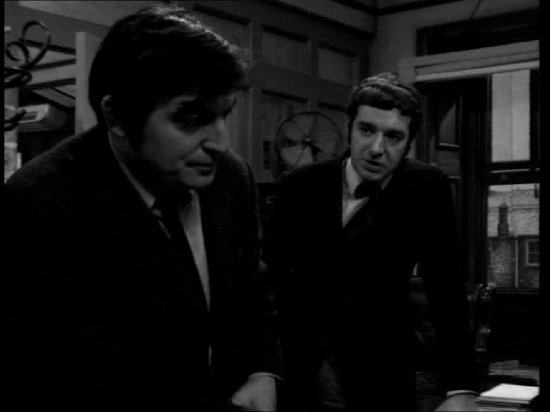 What essentially plays out somewhere between a soap and a thriller, the series cleverly weaves on-going narrative strands amongst the self contained weekly stories. These cover many thorny issues, from corrupt developers and council officials, to bleak 'Moors Murder' style references with a tale of a missing child, through to social and moral issues like hunting. 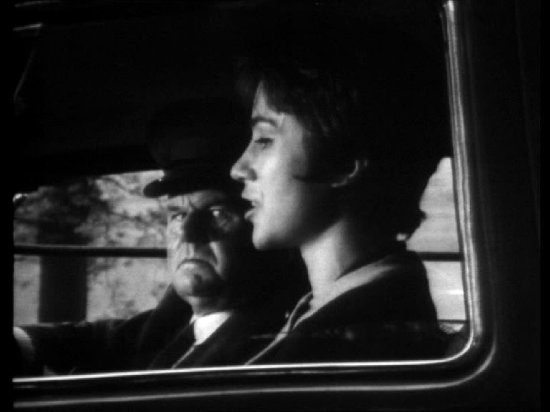 As the series develops, we better understand (and warm to) the slightly arrogant and smug Hadleigh, who we discover does have a moral compass after all, and who is fair-minded, truthful and occasionally charming. All qualities that would ensure his safe return in a series focussed entirely on his character.

The whole thing is utterly compulsive viewing, with (nearly) hour-long episodes flying by. My personal favourite episode was one where a local story becomes so big that a national reporter and photographer come to town. Despite their underhand tricks, their lack of sensitivity and tact, and their general sleaziness, they actually unearth the real story - something that neither of the Gazette's young reporters got near to doing. A strange but truthful bit of learning and one that makes them question their own aspirations.

Picture quality is variable though it must be appreciated that the series was filmed almost entirely on video tape, probably, to a large extent, live. Exteriors were then picked up on grainy 16mm and transferred to tape. Unlike series of a similar vintage mastered on film (like the various ITC series of the time), this pales by comparison; more akin to the early Doctor Who's. Arguably this could merely add to the charm of the thing. Whatever the case, it's perfectly watchable and the drama is such that it's not long before all such considerations are peripheral and you're focused on the action. 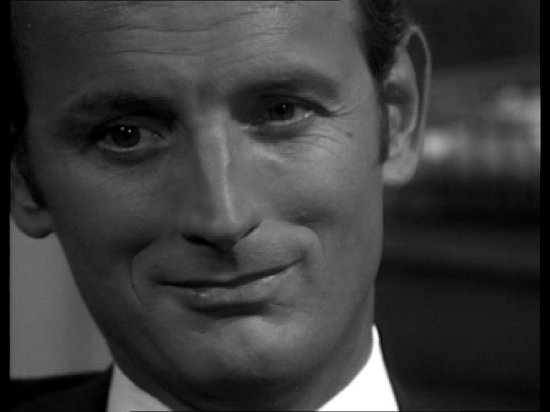 Audio is original mono throughout but a good and consistent balance is maintained throughout making for comfortable viewing without having to pump the volume button up and down to compensate.


There's a nice documentary with members of the cast being interviewed about their recollections of the series. These are always fun if for nothing more than a ghoulish fascination with how the actors have worn over the last 40 years. In the case of Gerald Harper and John Laurimore, the answer would have to be 'quite well'. 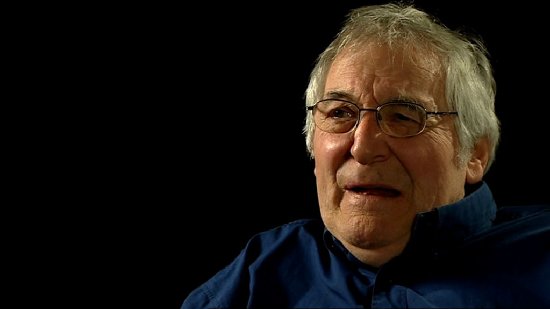 Overall, I would say that this is a thoroughly enjoyable, though little-remembered gem. Critical acclaim for the series (and 'Hadleigh' that followed) may not be high, but for my money, I think 'Gazette' beats any contemporary soap drama that I have seen in the last 12 months. Impressively packaged and collated, I would say that, if it sounds like your cup of tea then it probably will be!