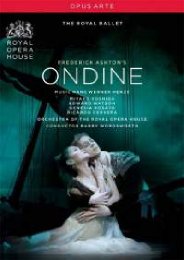 I'm probably being controversial by putting 'Henze/Ashton' rather than the other way around, as this particular ballet was originally conceived by Frederick Ashton, who first wanted William Walton to write the score. However, since most ballets are referred to as 'composer first' (especially those of Stravinsky, from whom Henze borrows much in this work, despite those works being created by Fokine and Nijinsky) I'm sticking to it. 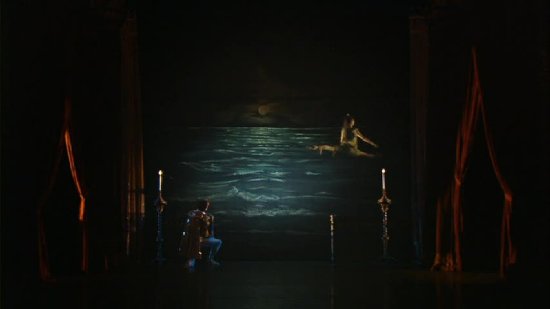 The plot is very simple, but not at all simplistic, in that it involves man's fascination with the supernatural, which natually appears in the form of a beautiful woman, however the almost inevitable tragedy at the end turns the tables on the usual 'beautiful woman dies leaving man alone to suffer' scenario.

Palemon has been courting Berta, although things aren't necessarily going smoothly. Ondine, a spirit of the Mediterranean, appears from a fountain and Palemon is immediately drawn to her. She is surpised to feel his heartbeat, as she has no heart herself, or indeed, a soul. She's a bit alarmed by this and runs off, closely followed by Palemon.

Berta is having none of this, and gives chase. 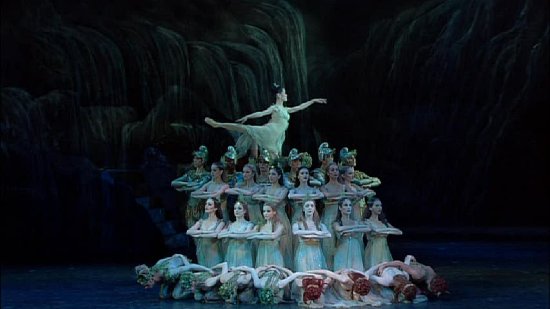 Tirrenio, the Lord of the Mediterranean is waiting for the lovers, and tries his best to separate them, warning Palemon that he will die if he is ever unfaithful. The two are adamant however, and find a hermit who will marry them immediately. Ondine is given a soul.

The couple board a ship, and are secretly followed by berta. She's annoyed to see Palemon offer Ondine the amulet which was orginally offered to her, yet she refused to accept. Berta comes out of hiding and protests strongly so Ondine hands her the amulet, which is snatched angrily away by Tirrenio (who just happens to pop up out of the sea at that very moment). Ondine retrieves a magical necklace from the sea and hands this to Berta instead. Berta throws it away, and the sailors, now realising that Ondine may not be too much of a talisman, throw her overboard. Tirrenio rescues her, and creates a storm, making sure the ship sinks. 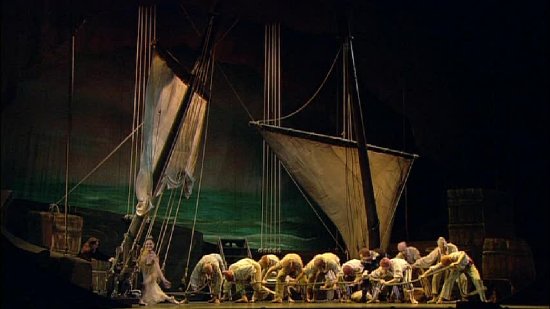 Palemon and Berta survive by clinging onto a rock, and soon decide that it would be best to marry each other after all.

The celebrations are interrupted by Tirrenio, who wants vengeance. Berta is dragged away by the other 'ondines' (for there are many) and Palemon faces his true love again. She is pale and sad, and tells him that if they kiss, he will die. He insists, for whatever reason, and kisses her.

She takes his lifeless body below the waves with her, and relinquishes the soul that was briefly gained.

The sound production is fantastic, with Henze's often thick orchestration having a clarity you probably wouldn't achieve if there were singing on stage. All dynamic levels are catered for quite easily, and as the music varies from very quiet to very, very loud, this is a bonus.

Visually we're on slightly different ground, as the filmed interview with Henze tends to suffer from some 'blotchiness', however this doesn't occur in the performance itself and is a blessing as much of the set is in darkness thoughout, and with John B. Read's very 'damp' lighting (blues and greens all over the place), there is no problem in experiencing the particularly watery nature of the sets and lighting. 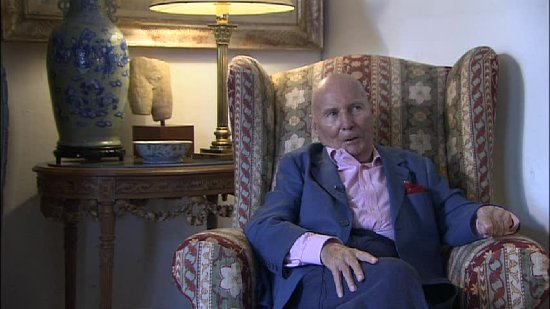 The main extra on the disc is a c.11 minute 'Making of..' which contains a few short comments from Hans Werner Henze himself. He shows himself to be a very modest person (perhaps he's mellowed in his old age), especially when describing his attempts at rehearsing for, and conducting the first performance. "The orchestra was very kind with me, which was necessary, as I'm not a routine conductor". It's a shame we only get 11 minutes.

There are, I have just discovered, two versions of this work on the site. One of which is here , and is part of a much earlier review, for which I may well go back and re-think things now I'm more familiar with the work. 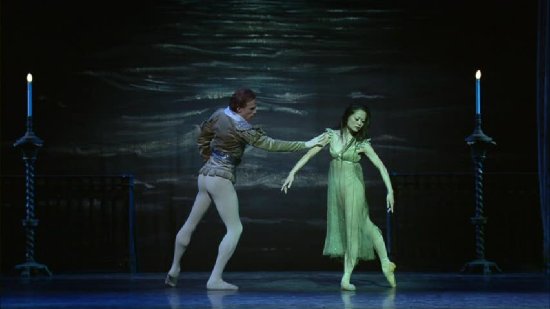 At least I still agree with myself, from just over three years ago, that the music Henze composed for Ashton's ballet is one of the most powerful 20th century scores for dance written, yet the obvious 'borrowings' from other composers, most notably Stravinsky, and even some Berg, are more evident here.

Having said this, there is little doubt about the originality either, and the expertise with with which Barry Wordsworth and the orchestra get around the complexities and beauty of the score is quite remarkable. 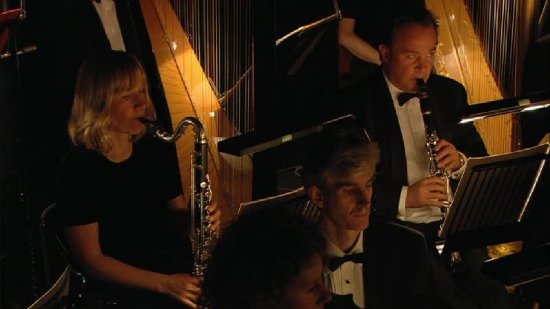 Despite being a 'modern' work, the whole ballet is steeped in the classical style and is almost old-fashioned in that respect if it weren't for the sounds coming out of the pit.

The story is certainly not new, yet almost every performance is, considering individual ballets have many different casts over the season purely because of the exertion it places on the principal dancers.

Here, we have a cast which should not disappoint.

As Ondine, Miyako Yoshida is suitably 'other worldly', especially on her first and last appearances, emerging from the fountain as if she has entered a new world, and from the ocean, pale and wasted, with little more to hope for. You rarely see such changes in appearance and character in a ballet. 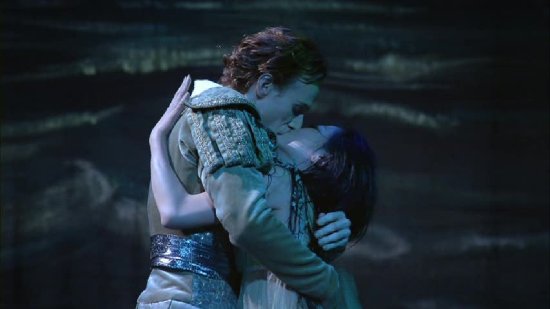 As Palemon, Edward Watson is excellent, although the role itself seems to be a bit bare in that much of his work appears to be reacting to what goes on rather than big 'numbers'. These are left to Ricardo Cervera (Tirrenio) and Genesia Rosato (Berta), who almost outshine everyone else in their own dances and who remind you of the great hero/villain characters of years gone by.

Those involved in the almost obligatory characteristic dances (here called the 'Divertissement') do the job perfectly well, despite not necessarily having the singable tunes you would know from 'The Nutctacker', but the audience shows an appropriate amount of appreciation for their work. 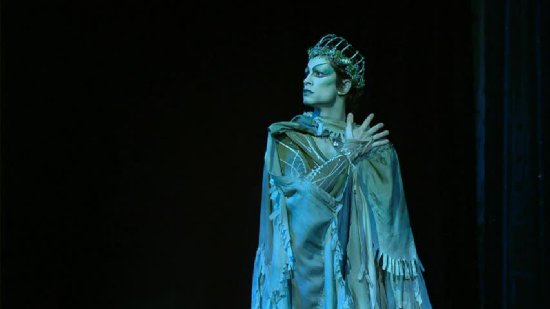 An interesting piece then, with much of the fascination coming from the score rather than the dance, yet with such committed performances, this becomes a great recording of a work that strives to be a masterpiece, and has become an integral part of the Royal Ballet's repertoire.