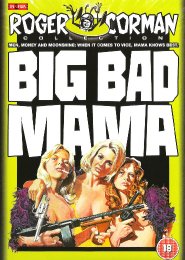 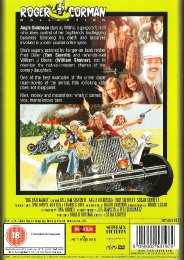 DVD
Attack of the Crab Monsters: The Roger Corman Collection

This combination of Bonnie and Clyde and Bloody Mama has achieved some cult status because of Angie Dickinson's nude scenes. In Big Bad Mama, Dickinson plays a gangster's moll, Wilma, who, following her husband's death, takes over his bootlegging business.

Their troubles begin when Wilma interrupts her own daughter's wedding day, deciding against her union, dragging her away and sparking an all-out brawl in the church. With no money, they take her husband's list of contacts and begin selling illegal whiskey and this works well bringing in the money until one of her daughters is caught in a state of undress with some whiskey and the sheriff's son by none other than the sheriff who takes all their money and valuables as a bribe not to press charges. With the bootlegging operation finished, Wilma and her daughters move to even more illegal methods to make a living and soon become wanted criminals due to their penchant for violence. 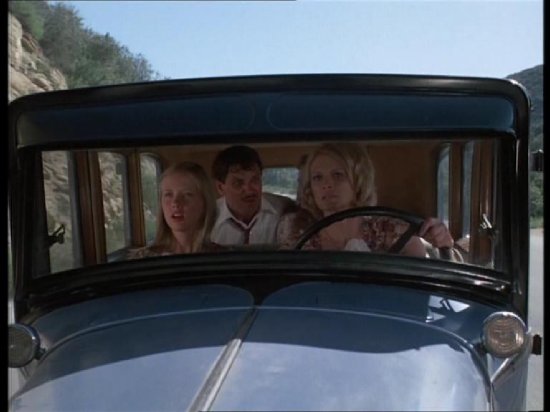 Wilma later joins up with, William J. Baxter, a trigger happy criminal who takes a shine to her and they continue a life of crime. It isn't long though before another man takes a fancy to Wilma and decides to join the outlaw gang - Fred Diller, a bank robber who joins them as they are chased by the authorities around the US, carving out a fearsome reputation for themselves and becoming more notorious with each passing day.

Whilst not in the class of Bonnie and Clyde, this is still good fun and be acting is solid from everyone, even William Shatner who appears as Baxter. Dickinson is a tremendous actress and her talent is obvious here. 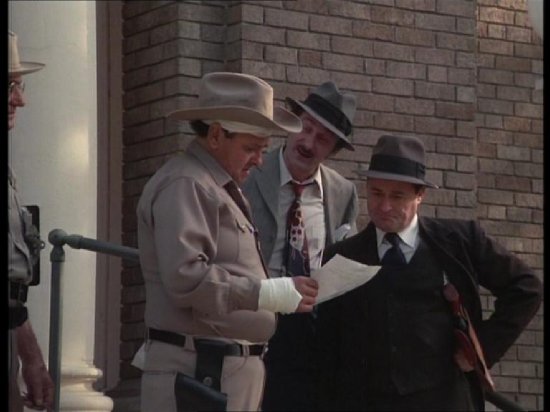 This film has just about everything: gunfights; sex and nudity; bloody deaths and violence galore. The 18 certificate is just about right as even for a film this old, the material is still shocking enough for a 18 certificate and times haven't changed that much in the past 35 years.

Big Bad Mama is across between the crime thriller and a road movie and works as each. It is no classic but is a highly enjoyable film with high tempo direction and plenty of gunfights. 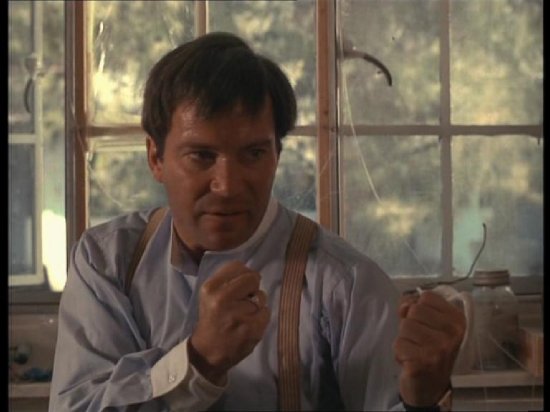 The Picture
This is a handsomely shot and sharply edited film and is well presented here in a full frame format. The colours are good and there is no smearing in the higher tempo scenes.

The Sound
A clear and well presented Dolby Digital 2.0 stereo soundtrack which does a good job with both the dialogue and the action sequences with bullets flying from one side of the room to the other. It is crucial that in the scenes, the loud gunplay doesn't drown out the dialogue and this is the case you can make out what people are saying, or it even shouting to one another, as they are busy shooting that the authorities. 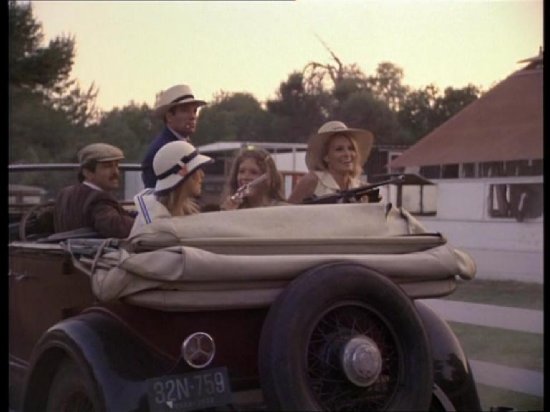 Final Thoughts
This is number three in the Roger Corman collection and sits rather oddly between a horror film (The Unborn) and a blaxploitation movie (The Big Bird Cage). This is of what Roger Corman was all about as he could lend his hand to virtually any type of film, supporting up-and-coming directors and ensure that films would make it to the cinema that would otherwise be shelved.

Big Bad Mama is a rollicking film that moves along at a fair lick with interesting characters and even more interesting actors. I never thought I'd see William Shatner playing a hardened criminal! He isn't in the film for long but he is in it enough for you to laugh at the inclusion of Shatner in a gangster movie!