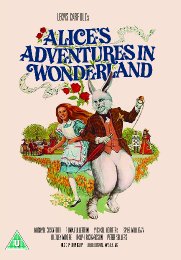 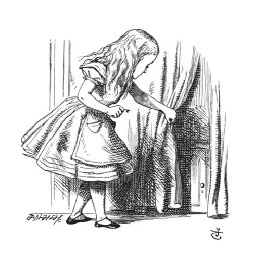 Charles Lutwidge Dodgson, better known as Lewis Carroll, was a man of many talents but will forever be known for his two books, Alice's Adventures in Wonderland and Through the Looking Glass. There have been a few adaptations of these for TV and cinema and , with Tim Burtons big budget 3D extravaganza released this week, Oracle Home Entertainment have decided to capitalise on the publicity and release William Sterling's 1972 film on DVD.

Arguably the most faithful of all the adaptations, this keeps much of the dialogue from Carroll's book and features an all star cast including Michael Crawford, Peter Sellers, Sir Ralph Richardson, Dudley Moore, Spike Milligan and Fiona Fullerton. Filmed to mark the centenary of the Alice books publications, it was inspired by Carroll's words and John Tenniel's illustrations which help capture the magic and lunacy of the book. The framing device has been changed, with Alice and her sisters taken for a picnic by two dapper gentlemen, whose relationship to the girls is never explained, and one begins telling a story as Alice drifts of to sleep. 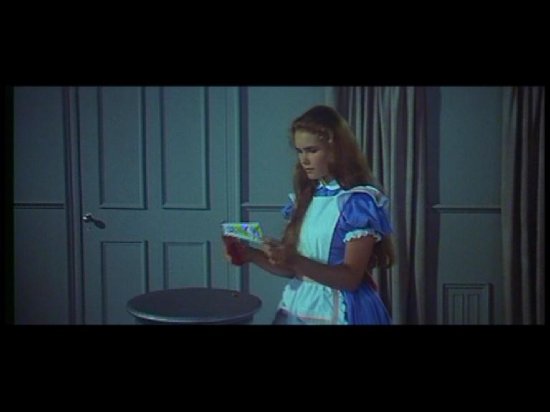 As most people are familiar with the story, I suppose a synopsis is practically redundant but, for those who haven't read the book or seen the film, the story follows Alice, who follows a white rabbit down his rabbit hole, changes size and bumps in to all manner of weird and wonderful people before waking up and realising it was all a dream.

The look is probably deliberately false, with plenty of scenery that is clearly cardboard cut out and characters who are just people in animal outfits, with no CGI or green screen work that you would have in a modern version. This is a film that is all about dialogue, ridiculous settings and, as most people suspect, the work of a man who was a dope fiend! 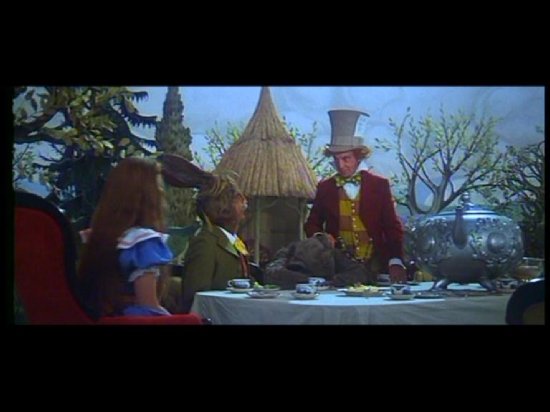 It's odd that the acclaimed cast are quite hard to spot, with only Fiona Fullerton (Alice), Sir Ralph Richardson (The Caterpillar) and Robert Helpmann (The Mad Hatter) easy to make out as everyone else is covered in makeup or costumes that partly cover their faces. Others are identifiable by their voices but, as no one is on screen for very long; this isn't about star power but bringing the most to each character. Fullerton is the only actor who appears for the entire run time and was then largely unknown, she was only sixteen or seventeen during filming.

I love Carroll's prose and poetry and this does full justice to his word play though it's a shame that the encounter with The Caterpillar misses out the wonderful You Are Old, Father William poem. This version is a musical with numbers by Don Black worked into the narrative to accompany those penned by Carroll. 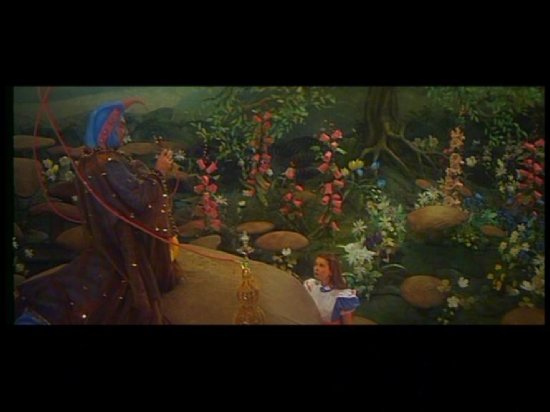 The Picture
Sadly the disc fails to showcase Geoffrey Unsworth's fantastic cinematography which, although presented in the OAR of 2.35:1, is letterboxed so loses something of the scale even on a 42" screen. The colours have scrubbed up nicely and they set design is fantastic but I spent most of the time thinking what a shame it was that the picture wasn't anamorphic.

The Sound
The Dolby Digital mono soundtrack is reasonably clear throughout but some of the musical numbers, particularly the Mock Turtle's scene with the Gryfon is muddy and slightly hard to make out.  John Barry's score is, as you would expect, superb. 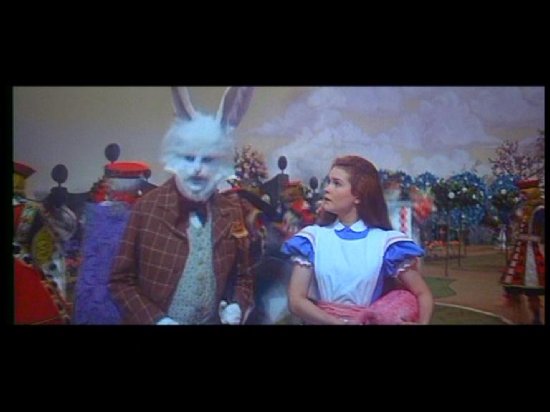 Final Thoughts
Having never previously seen this and only being aware of it by reputation, I really enjoyed Alice's Adventures in Wonderland, despite the unconvincing costumes. I suppose the big question is "why is this such a cheap release?". There are no extra features, anamorphic picture or even subtitles but , I suppose that many will be grateful that the film has been released on DVD at all.