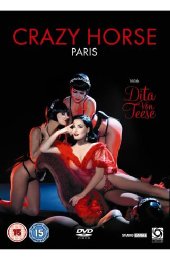 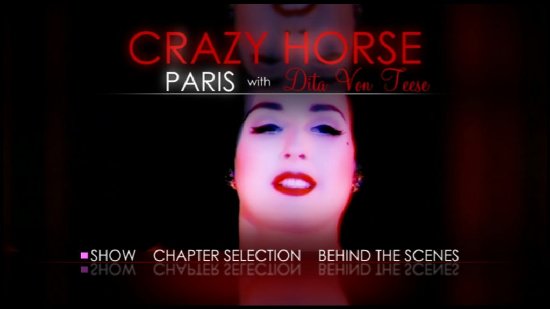 Dita Von Teese is a weird one. She certainly has a firm handle on her brand, single-mindedly carving out an A-list niche out of a well-trodden Z-list trade. Then there's the fact that she's kind of plain, yet achingly beautiful all at the same time. Dead-pan dull yet flirtatious too. A lady given to 'art' yet happy to titillate like a cheap fifties stripper.  In truth, I don't know whether I even like her much. But, damn, she sure looks cute doing that bath routine. 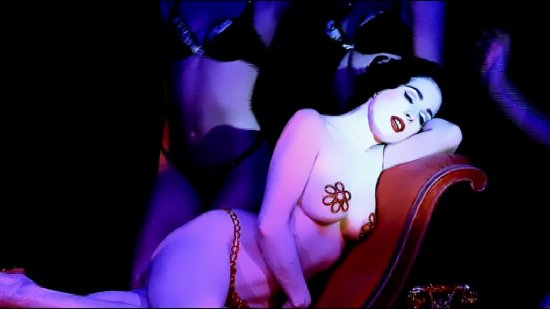 So in some ways I was looking forward to this 60 minute show DVD. I was intrigued to see how she would fill the time, titillating and teasing whilst never going north of the 'taste' barrier that would have nudged this 15 rating up a notch.  With such a prevalence of artless hard core in today's world, maybe a return to a slightly more innocent time is not such a bad thing? Where what you don't see (but merely imagine) is far more powerful than a microscopic close up. 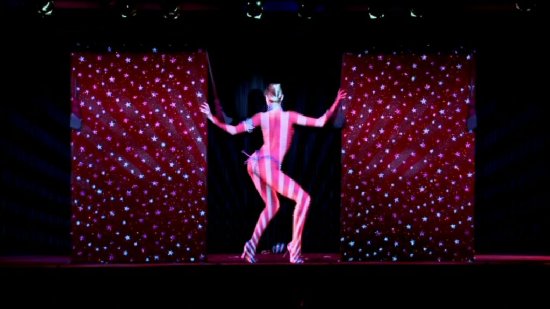 So what's all this about 'The Crazy Horse'? Apparently The Crazy Horse cabaret has been a Parisian night hotspot since 1951. Since 2001, the Crazy Horse shows are also performed at the MGM Grand in Las Vegas, nice work if you can get it and a great way to maximise on a franchise that's worked for more than half a century. 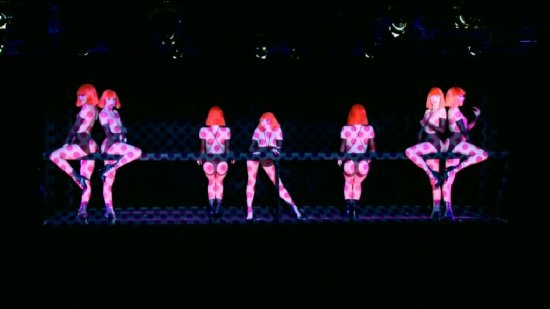 In February 2009, Dita Von Teese was the first guest star to appear in a Crazy Horse show ever. According to the interview with her on the disc, she has long been a fan of the venue (having seen a picture of one of the dancers in one of her dad's 'Playboys').  So it was something of an honour for her to perform amongst the superlative dancers there. 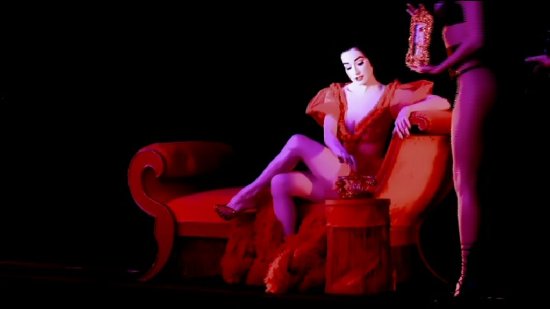 Despite the fact that we only get three appearances by her throughout the DVD (the rest being standard Crazy Horse numbers) her strange languid remoteness seemed to offer a nice contrast to the meticulous and acrobatic dance routines of the regulars - all of whom are stick thin and gymnastic fit  in contrast to DVT's curves. 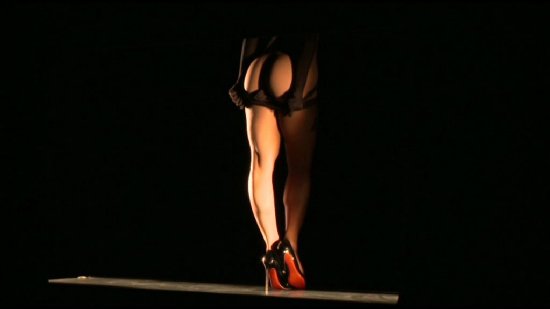 DVT first appeared at the venue in 2006 when she performed her standard act, "Le Bain" (The Bath) to full houses and rave reviews. That is one of the three routines included here and, depending on your point of view (and the nature of your proclivities) could well be worth the price of entry alone.
There is no doubt that she has done a great job bringing  fashion together with burlesque, having collaborated  with several designers on her costumes for these performances, including Christian Dior, Elie Saab, Stephen Jones, Mr. Pearl and Laurent Mercier for Ghadah Couture as well as Christian Louboutin, who custom makes all of Dita's show shoes. Well known for her fascination with 1940s cinema and classic retro style, she e is a great canvas for such designers who share her infatuation for a period of time where glamour meant so much more than page three modelling assignments. 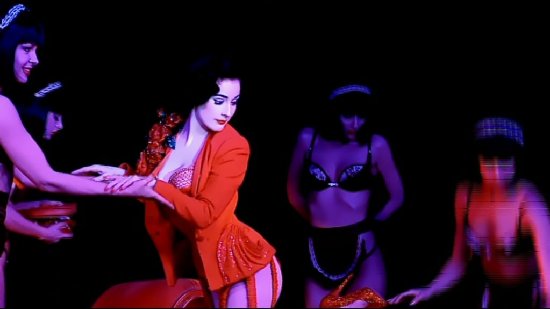 The show itself is diverting enough, evoking something of the atmosphere of the tiny 'up close and personal' venue, a cross between Paul Raymond's Revue Bar and Ronnie Scotts. It's well choreographed and superbly staged and lit with classy production values, nicely captured with a three camera HD shoot. 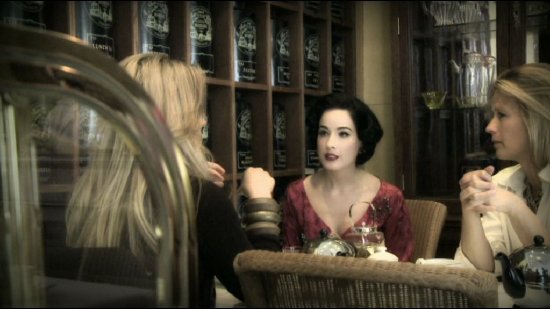 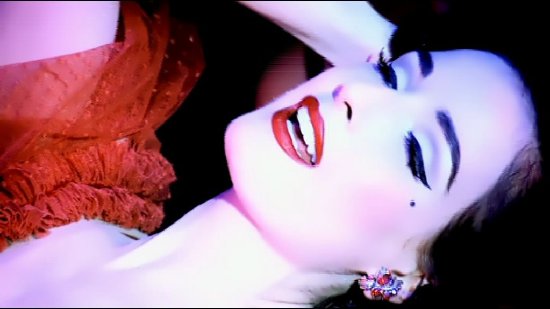 The 1.77:1 picture quality is very good given the source material (digital video) and the Dolby 5.1 sound delivers a full, warm array of music and breathy pre-recorded singing that makes you feel as if you are watching the show for real, and saving a minimum of $70 a ticket in the process. 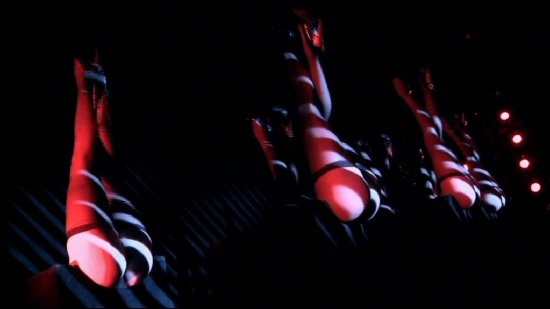