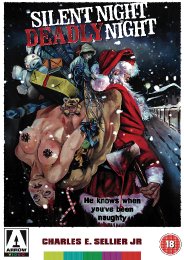 When he was 8 years old, Billy thought that Santa was a kindly old bloke who gave presents to children at Christmas. This all changed one Christmas Eve when, on a visit to his supposably catatonic grandfather, he is told by the old man that Santa is harsh individual that punishes naughty people.  Afterwards, on the way home, a psychopath dressed as Santa Claus, flags down the family's car, shoots Billy's father and, whilst Billy hides in the bushes watching, rapes and murders his mother.

Billy and his young brother Ricky go to St. Mary's Orphanage run by a strict disciplinarian, almost sadistic, Mother Superior who teaches them that naughty people deserve to be punished and sex is wrong and evil. She doesn't believe that Billy has any memory of that night and that his aversion to Christmas and Santa is a sign of wickedness and beats him with a belt when he is disobedient and ties him to the bed when he has a nightmare. 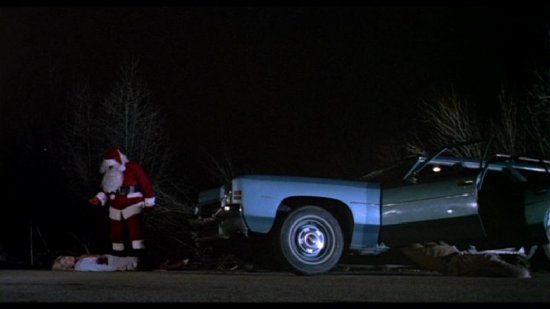 Ten years later and Billy, now a very strong and muscular man, leaves the orphanage and Sister Margaret, who always thought that Billy suffered some deep trauma from the incident that hasn't gone away, finds him a job in a toy store. Billy takes to the work like the proverbial duck to water using his strength in the warehouse and getting on well with children. When Christmas comes and the decorations go up, Billy begins to have flashbacks to that night and his behaviour becomes increasingly temperamental. Making matters worse, the store Santa breaks his ankle and the manager makes Billy don the suit.

During the works Christmas party when some get drunk and a couple go into the warehouse, Billy, still dressed as Santa, sees them being naughty, especially the man forcing himself on the girl he fancies. As this sex act mirrors the attack on his mother, something in his brain snaps and he embarks on a killing spree, punishing the naughty in the most extreme ways possible. 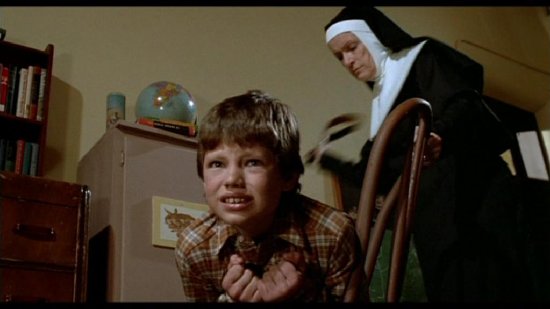 Silent Night, Deadly Night combines two of the slasher film's staples: a deranged killer and a calendar based title. Released to utter furore from the moral majority, due to the murderer being dressed as Santa and the level of violence, it was drastically cut in the US and was refused a certificate by the BBFC until now.

Not as good nor as tense as Halloween, Friday the 13th or A Nightmare on Elm Street, Silent Night, Deadly Night has nevertheless gained a reputation as one of the bloodiest of the first wave of slasher films and remains a favourite to this day. The inventive ways that Billy despatches his victims (decapitation, strangulation, evisceration, defenestration etc.), the gratuitous nudity and the presence of renowned scream queen Linnea Quigley makes this required viewing for genre fans. 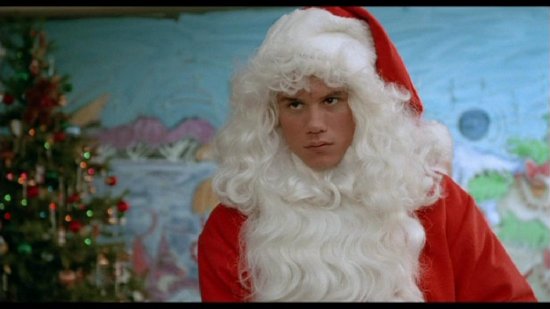 Extra Features
The main attraction is the audio interview with director Charles E. Sellier Jr. which plays over scenes from the film and runs at over 35 minutes. The interviewer knows the films and asks all the right questions, which Sellier is happy to answer at great length. The quality isn't fantastic as it was obviously conducted over the phone and is a bit crackly, but the content is very good, almost better than a commentary.

You also get the trailer for the uncut version and the set includes a poster and a booklet which I read as a pdf and is a terrific inclusion, comprising lengthy interviews with Charles Sellier and Linnea Quigley.  The set also (apparently) has a reversible cover so if you don't like the chosen artwork (which I do), there is an alternative. 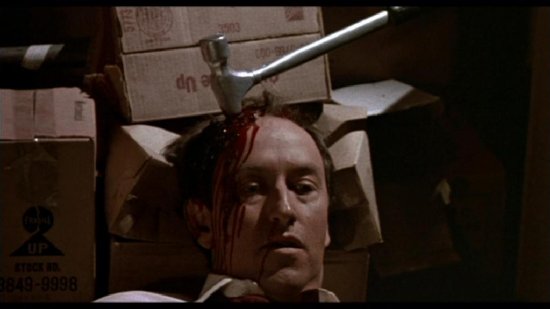 The Picture
This has been cleaned up very nicely with a sharp and brightly coloured transfer. The re-inserted cut scenes are of lower quality than the rest of the movie, but not drastically so, just enough to notice what the censors didn't like. The special effects makeup and prosthetics are pretty good and about the standard of those in other '80s slasher films, so the murder scenes are decent, if a little dated.

The Sound
A very clear soundtrack with well presented dialogue, a good score and Foley work which emphasises the on-screen violence. The sound during the restored scenes is very similar to the existing track, so there aren't massive drop outs or distortion. 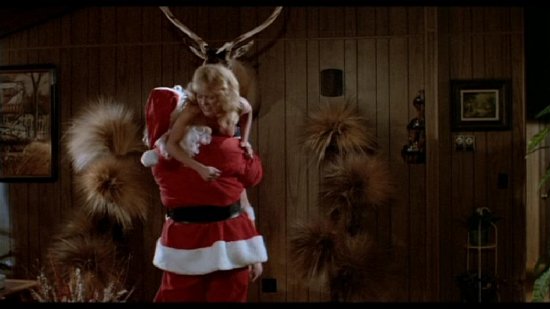 Final Thoughts
Charles E. Sellier Jr., whose biggest claim to fame was creating Grizzly Adams, checks all the boxes for a '80s slasher and handles the film very well, bringing a fine performance from Robert Brian Wilson (as the adult Billy) who manages to convey the transformation from teenager ridden with inner turmoil to stone faced killer in a way that could be very silly and laughable, but isn't, appearing very menacing by the end.

This isn't a great slasher when compared to the true giants, but is hugely enjoyable in all its uncut glory and a welcome addition to your horror collection.