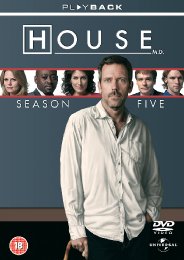 After the frankly silly fourth season which was badly hit by the writers' strike and saw the whole season disrupted and become disjointed and unsatisfying, we're back to a full 24 episode season. Season three finished with House's team ceasing to exist, with Foreman and Cameron resigning and Chase being fired. For the following season, House tried to prove that he could manage without a team but was ordered by Cuddy to hire a new one, giving him a pile of applications. House being House, he appointed all forty of them before referencing all manner of game shows and whittling the group down to three: Taub, Kutner and Thirteen (names don't really matter to him).

Picking up where the previous season ended, House still hasn't approached his best friend, Wilson, who is mourning after his girlfriend died and has decided that the best thing to do is quit and get a change of scenery. Rather than tell Wilson how sorry he is and that he wishes he wouldn't leave, all House does is tell Wilson is that he's an idiot and is just going through clichéd bereavement behaviour. 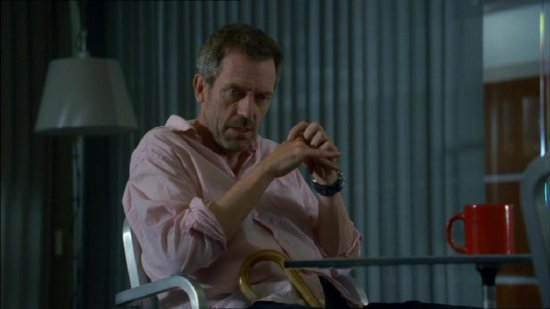 Whilst Cuddy is trying to persuade Wilson to stay, those complicated cases keep on coming and it's up to House and his three little helpers in the department of diagnostic medicine at Princeton Plainsboro to try and work out exactly what is wrong with the patient, chasing every blind alley and bending every rule in the hope that they can cure them rather than kill them.

Meanwhile, Cuddy's biological clock is ticking and the unresolved sexual tension between her and House just won't go away. Of course, Foreman, Cameron and Chase keep making appearances as Cuddy has appointed Foreman to keep an eye on House, Cameron is there as the head of emergency medicine and Chase seems to do all the surgery! This isn't a show that takes reality too seriously as each case would probably take months and there would be all sorts of wrangling with insurance companies and HMOs as the tests take their time to come back and medicine runs its course. Basically, timelines are truncated so that months become weeks or even days, which makes for better TV as long as you don't really work in diagnostic medicine and get frustrated by inaccuracies. 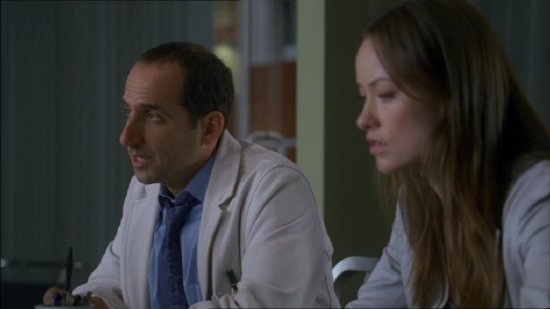 For British audiences, Hugh Laurie is perhaps best known as Bertie Wooster or George but to Americans, he is Stuart Little's dad or just House.  For all his great performances, this is perhaps his finest as it is furthest away from the real Hugh Laurie and has created a fantastic TV character that will, if he continues with many more seasons, typecast him in the same way that Kiefer Sutherland and Jack Bauer are now almost inseparable.  The supporting cast are excellent, from Lisa Edelstein's Cuddy to his new trio of Olivia Wilde, Peter Jacobson and Kal Penn, whose turn as Kutner is almost a logical step for the actor as his biggest role was as med student Kumar, from the Harold and Kumar movies.

House M.D. is a slickly made and completely gripping show that has gradually moved away from episodes based entirely around solving the case to ones where the medical quandary almost takes second place to the character interactions and developments.  House is a great character, a pill popping cynical malcontent whose behaviour verges on evil yet is extremely easy to like.  Roll on season 6.

Extra Features
There isn't a great deal of bonus material across the six discs, but what there is warrants watching.  House Guests: Casting the Show is an 11 minute piece on the casting process with contributions from the three responsible parties.  Dr. Mom: Cuddy's Storyline is pretty self explanatory as they look at the two babies in her life: the one she adopts and House.  Keeping it Real: Accuracy in Writing is 'hosted' by writer/producer/consultant David Foster M.D. who explains how they weave the complex diseased and conditions into the narrative and the effort needed to do so.  The puff piece House Meets a Milestone: The 100th Episode is really only interesting when you consider what a feat is is to have a show reaching that landmark and that so many American TV shows have reached and surpassed it, something (as Hugh Laurie points out) that doesn't happen in Britain, but then Laurie also adds that we have smaller portion meals!

Locked In is the only episode that has a commentary with David Foster and writer/executive producers Russell Friend and Garret Lerner providing a reasonable entertaining and informative look at the episode.  The final feature is A House Divided: Anatomy of a Teaser which is a 12 minute making of the teaser for the titular episode (the teaser is the pre-credits piece which establishes the main patient for the episode) and, though specific to A House Divided, is equally applicable to any episode. 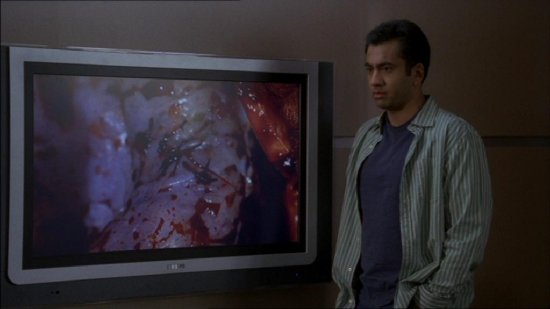 The Picture
Although I didn't see this when it was on cable, something I plan to remedy with the next series, I presume that it is broadcast quality as, though it was shown in high definition, the quality is excellent with good colours and contrast and high production values.  The cinematography and direction are uniformly good.

The Sound
A clear Dolby Digital 5.1 track with the surrounds more used for ambient sounds than anything else and a terrific score by Jason Derlatka and Jon Ehrlich, the latter of whom also composed the theme. 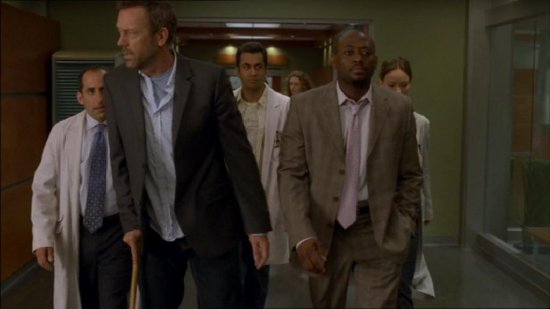 Final Thoughts
After a poor fourth season, this is House M.D. back on form and more like the first three seasons.  It was a good move to clear out Foreman, Cameron and Chase and bringing in new blood, however tortuous the process.  The trio of Taub, Kutner and Thirteen grow on you and her relationship with Foreman almost mirrors Cameron's with Chase - both are damaged and want something that House will not allow.  They're all fascinating characters and there are some really well written arcs throughout the season to keep things interesting amongst the complex and convoluted medical conditions.

If you are a fan of the show that was less than enthused by season four, this is something to reaffirm your faith in the writers and directors who show that they really do know what they are doing and that the truncated previous season was just an anomaly.  The last five episodes are quite brilliant and the season finishes with a superb cliffhanger.