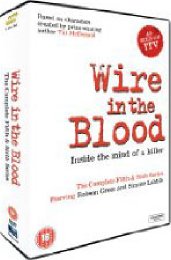 Wire In The Blood - the last hurrah?

Based on characters created by best-selling author Val McDermid, Wire In The Blood brings the fashionable TV detective drama duo of cop and non-cop expert together to bring a different perspective to the drama.  In this case we have a tough female senior detective in Alex Fielding (Simone Lahbib) and professor of psychology Tony Hill (Robson Green).  Prior to Lahbib, the first three series ran with Hermione Norris in dual lead role in her first post-Cold Feet recurring series role.

Focussing on the darker side of crime, Hill's socially inept and awkward character is an integral member of the crime-solving team as he provides a psychological insight into both the crime and protagonist.  Sometimes wrong and sometimes overruled by police impatient to get a result, he is more often then not right in his deductions. 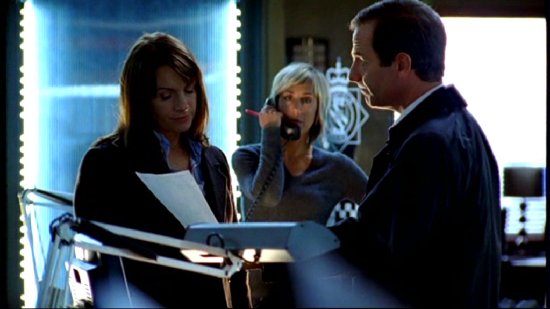 This combined collection of series five and six is likely to be the last you see of this North-East produced drama series as ITV recently announced it would not be recommissioning any further episodes.  Primarily thought to be around a cost base of £750,000 per episode, ITV have defended their decision by pointing out that the programme has run for 6 series and that they had new programmes that they would like to bring through now.  Still, Wire In The Blood has been a consistently popular series…

The Colour of Amber - an eleven year old girl is abducted from the Bridgefield Estate in broad daylight and the team must race against time to save her.  The crime statistics says that the first three hours are the most important.

Nocebo - a series of killings leads Tony and the team into the world of witchcraft and voodoo.  Are the killings ritualistic or just the power of suggestion?

The Names of Angels - a series of murdered beautiful and successful women in Bradfield is somehow linked to a series of similar murders in Europe five years previously.

Anything You Can Do - a woman is kept chained to a bed, whilst a series of escalating murders seems to be a competition between two murderers. 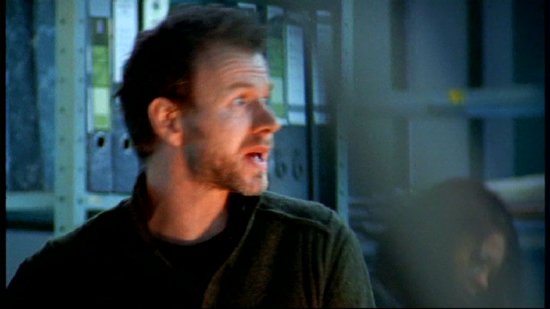 Unnatural Vices - A series of murders looks to be linked to a fetishist with an interest in amputation.

Falls The Shadow - Alex investigates the deaths of several teenage prostitutes whilst Tony, away at a psychology conference, is framed for the murder of a friend and colleague.

From The Defeated - Tony has doubts over the sincerity of a convicted and dangerous killer who finds religion, but is distracted by a series of murders where the victims appear to have killed each other before being dumped.

The Dead Land - Psychotic killer Michael is still on the loose, but Tony is distracted by a new temporary SIO and a series of ritual killings.

The picture for episode 2 looks quite poor compared to the other episodes,  very grainy and unfocused in places.

Photo Gallery - stills from the episodes... 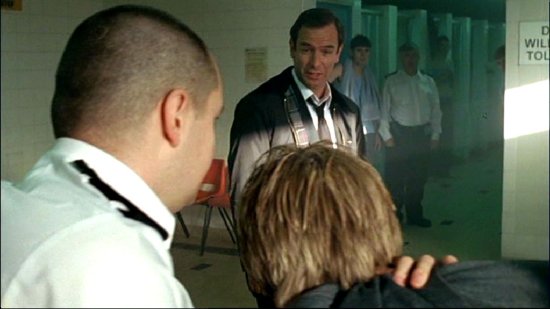 Whilst there is always a place for the lighter end of the detective drama (see the superb Midsommer Murders or New Tricks as great examples of this), I've always liked exploring the darker side of such things.  It may not make the most arresting of drama's as far as the average viewer is concerned but it can be much more interesting and gripping.  I've watched Wire In The Blood from the start and thoroughly enjoyed it.

One of the main reasons for this has been the continued dynamic in pairing a tough confident female cop with a socially inept and awkward academic.  Both Hermione Norris and Simone Lahbib have developed a great chemistry with the undoubted star in Robson Green.  Green has made a great career of playing such unconfident characters, whether a porter in Casualty or the hapless Tucker in Soldier Soldier.  Dr Tony Hill is a little different though, in that he is clearly an intelligent man who is an expert in his field, therefore having the respect of those around him.  It's also the little things that Green brings to this character that make him stand out; his constant talking out loud to himself and never being seen without his blue carrier bag.

The only drawback I can find with this rather solid collection of episodes is the omission of 2008 episode Prayer of the Bone which transplanted Tony Hill in Texas.  Despite being very good, there's no way this episode would justify a standalone release (although it has had an R1 release), so why not include it as part of Series 6?

Other than that, no real complaints at quite possibly the last release of one of the better detective drama's of recent TV history… 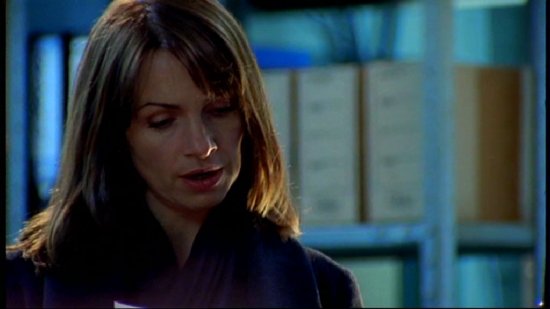