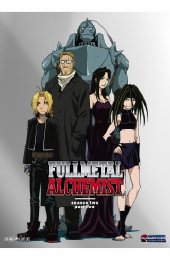 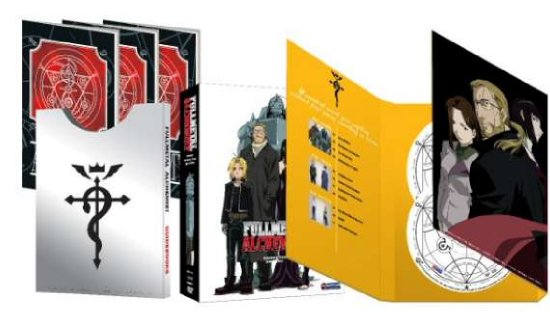 Alright. So you sussed it. This review looking and sounding frighteningly familiar? Getting a weird sense of deja vu? Well, yes. Apart from a few tweaks and a whole heap of new pics this is pretty much the same as my appraisal of Season Two Part One.

'Full Metal Alchemist' enthusiasts who have followed these half season box sets thus far will not be disappointed by the latest edition to the set. Whilst I have a low tolerance of part series sets (weren't those C.S.I. and Battlestar Galactica  sets tiresome), these are so beautifully presented that the release programme is entirely forgivable!

Of course, this will be little compensation for those who loyally bought the single disc editions as they will, sadly, miss out on the rather nice packaging as well as some really top notch art booklets too. 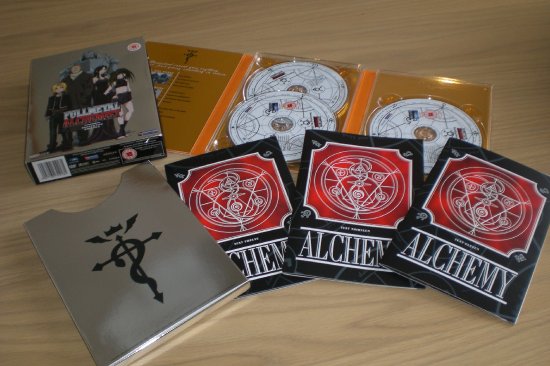 But first ...a confession.  I only received these boxes from the lovely people at Revelation two days ago - not enough time to watch this set or its partner set in full I'm afraid. Not only that, I'm just about to disappear for two weeks to give my Union Jack 'man-kini ' a proper airing, which means that if I don't post this review now, it will be after the event. Well, certainly after release date.

In that light,  I have to confess that this review is not so much half-baked as barely baked at all. But I thought it might suffice (until I get back and update them) to post a couple of photos to show just how splendidly presented these sets really are. Not only that, I can relax in the knowledge that Jitendar (resident anime supremo) has posted perfectly good reviews of all the discs contained in the set.  Which means that this review should really be seen as a supplementary update to those reviews with the focus firmly on what you get with the boxed sets that you wouldn't get with the single discs. Does that sound fair enough? I hope so because it's all you're going to get! 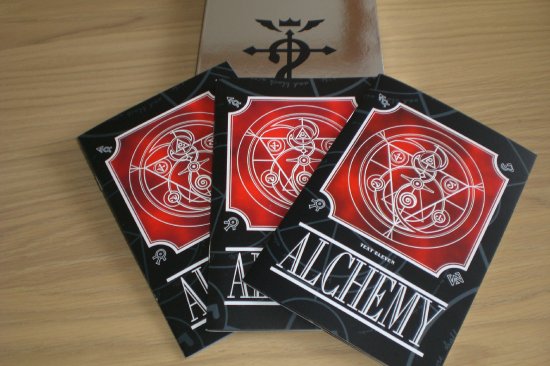 The discs are handsomely housed in a sturdy card case with a shiny metallic feel. Within the slip-case are two card sleeves; the first a standard 'fold-out' card case for the three discs, with a lovely gold metallic sheen to the inside. 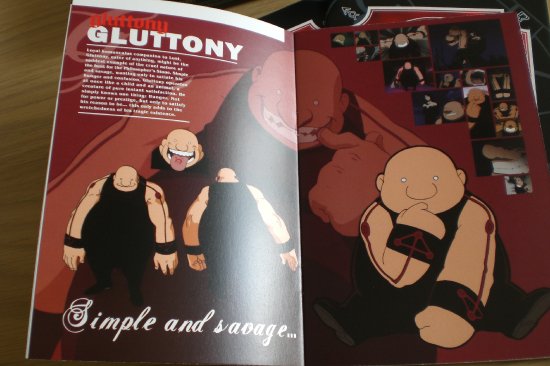 The second slip case is metallic silver with three art booklets (one for each of the discs labelled 'Guidebooks') contained inside. Each of these is a very nicely printed 20 page piece containing full colour renditions of some of the more interesting artwork.  In book nine for example there's an episode synopsis, a short piece of text by one of the voice artistes, a news report, and studies on lust and greed, as well as many illustrations. There's something coltishly pleasing about the whole thing and, in a digital age, where album covers and the need for Amray cases on DVD's seems to be over, it's really nice to get a set that is so pleasing. Watching the video and pouring over the booklet is akin to listening to an album in the pre-CD age and enjoying the full glory and evocative power of its sleeve. Magic! 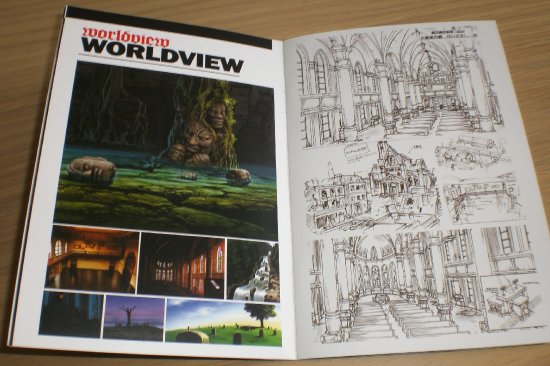 I will get back and post a little more once I settle down to watching these but in the meantime, if this has got you interested then please do a quick site search for Jitendar's reviews for the individual discs: Eleven, Twelve and Thirteen to be precise.

Anime isn't really my thing, but those two sets certainly seem to have had some effort put into them...
posted by Si Wooldridge on 13/7/2009 07:02
Bit of a disappointment for UK fans who bought the single discs and missed out on those gorgeous booklets. The US single disc releases all had them.
posted by Jitendar Canth on 13/7/2009 09:51