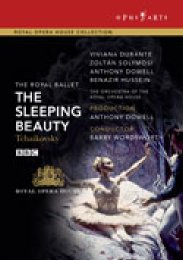 This is Opus Arte's third foray into Tchaikovsky's fairy-tale world of cursed princesses, various fairies (mostly good, one particularly evil), handsome princes...and, well that's about it really. The plot is well known, yet as slight as a gosssamer wing, but it's probably not that important in a work such as this.

Here, the dance and music are the raison d'être, and the plot, such that it is, is a perfect vehicle for the skills of the choreographer and composer.

This 1994 recording of the Royal Ballet & Orchestra of the ROH catches them at their technical peak (most especially the orchestra) and is generally a welcome addition to the growing catalogue of ballet DVDs on the market. 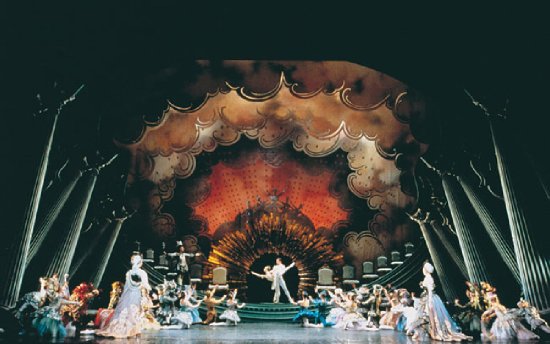 The stereo sound can sometimes seem a little 'cramped', and I found that I had to turn the speakers up way past 11 to get any form of impact, so it would be worthwhile playing about with various settings (if you're lucky enough to have more than the TV sound) to get a satisfactory level. Having said that, once I was reasonably happy with the setup, I was amazed at how clear the individual instrumental solos were, and without any hint of improper use of recording levels.

Quite an impressive NTSC transfer of a TV recording made 15 or so years ago, and it seems that things have been cleaned up nicely for the DVD. Darker scenes are clear enough, and colours are well defined, if a little subdued - if that's not a contradiction in terms. 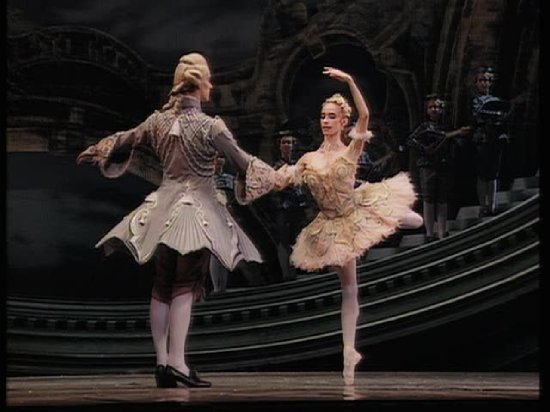 The more I watch performances of ballet on DVD, the more I feel as if I'm able to offer an opinion on the technical aspects of the dancing, and imagine I notice things in solos which perhaps should have gone a little higher, or should have been held on a bit longer, or in the ensembles, should have been a bit more together.

I experienced all of these watching this DVD, and came out at the end feeling as if I had experienced some expert  performances which left out something really magical that would have turned everything into a top recommendation.

The highlight for me is the orchestral playing, not least the wind solos and the quite superb fiddle playing of Vasko Vassilev in the Act I 'Variation', and which made me wonder what I'd be doing now if I'd done a lot more practice myself as I would love to be able to play like that. Barry Wordsworth does a grand job in moving everything along, and manages to make what is obviously a very familiar score seem nice and fresh.

The whole ballet rests on the starring role of Aurora herself, and here it is taken by the supremely elegant and rather beautiful Viviana Durante. She dances wonderfully, but I didn't feel as if she made her entrance as a young girl celebrating her birthday would do (not that I know precisely what that would feel like of course), and continued to display great techincal skill without throwing caution to the wind. There is certainly a look of concern on her face during the fiendishly difficult 'Rose' Agadio.

I was very impressed though by Jane Burn's 'Canary' (the Fairy of Elegance), as she seemed to actually enjoy what she was doing, and that makes a huge impression on the audience. 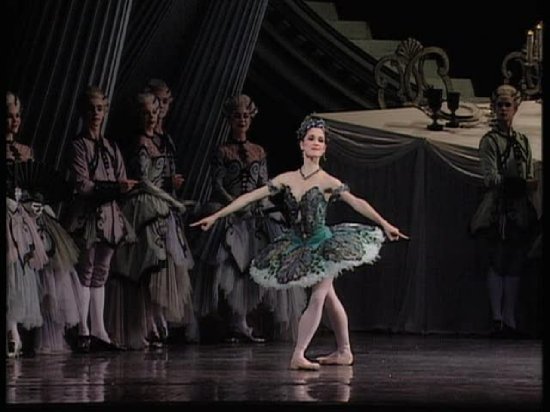 Another starring role is taken by Anthony Dowell, who plays Carabosse (the wicked fairy). This is a role that can be taken by both men and women, but he certainly makes it his own and is well versed in grabbing the attention when he is on stage.

It's also great to see Deborah Bull and Leanne Banjamin in 'lesser' roles, but making them seem as important as anything else going on in that evening.

The production and design itself is more of a sticking point. The staging and costumes are not necessarily clumsy, but they bear down on you like a large and ancient museum-piece, and seem to stifle the creativity on stage withtheir fussiness and grandeur. All very impessive, but too much of a good thing perhaps? 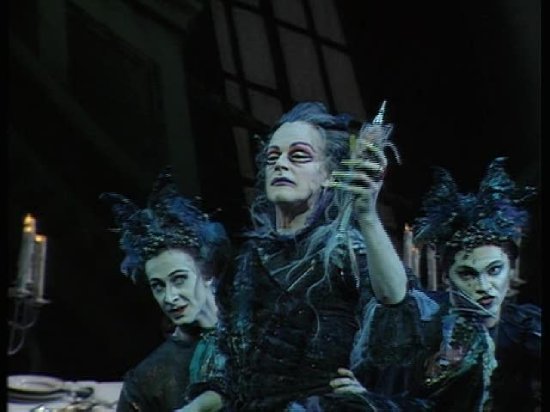 I'll definitely be returning to this version, as, if anything, the playing of the orchestra is more impressive than the 2006 recording (also reviewed here) but overall, I think I preferred the dancing in the more recent DVD, and so I will never be completely happy. This is always the case with live performances, and the more we have released on this medium, whether new or from the archives, the better.