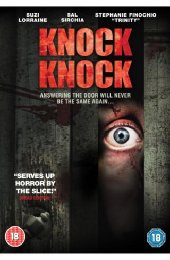 DVD
The House by the Cemetery: Masters of Giallo

Answering the door will NEVER be the same again!

It is a piece-of-cake to dismiss 'stalk and slash' horror movies as a piece-of-crap in 2009. Over the last decade we have had, a miasma of half-blooded films that have followed the same tried and tested formula. It's simple to discover when the modern horror genre collapsed. It was 1996. The culprit: Wes Craven. When Scream came out it unconsciously kick-started a new wave of revenge-seeking psychotic killer movies. With the almighty dollar injected into our bloodstreams, we were subjected to such new-age fright-fests as I Know What You Did Last Summer (1997), Urban Legend (1998) and Final Destination (2000). In the last few years, we have had the added delight of watching those torture porn films by Rob Zombie and Eli Roth and let us not forget the influx of Hollywood remakes scrapped from the bottom of the horror barrel. Does the horror genre have any hope of doing anything original? In times like this, you have to look at what the independent production companies are doing, even though they are drawing from the same formulaic blueprint, they always seem to be doing something different. 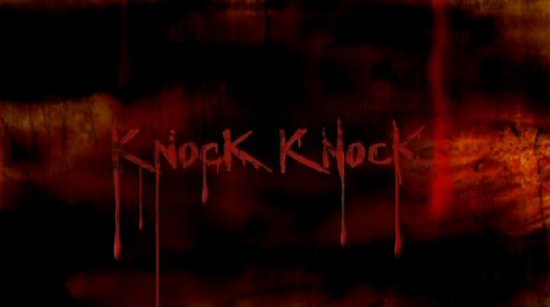 Knock Knock is a prime example of this modern revival of slasher cinema. Directed by the unknown Joseph Ariola, the film includes a long list of unfamiliar actors. It's 'stars' are Suzi Lorraine (who's appeared in over forty low-budget horror films) and Stephanie Finochio (the wrestler Trinity, from WWE). The story revolves around a revengeful serial killer who is slaughtering local teenagers in the goriest way imaginable. There seems to be no apparent motive behind these murders, just random acts of dystopia with the words 'Knock Knock' etched near the murder victim. Detective Vega (Kate Taggart) arrives on the scene with alcoholic wisecracking ex-cop Mike (Antonio Mastrantonio). Together they try to discover a pattern to these murders, which brings them into contact with Troy (Sal Sirchia), the eccentric janitor of the local high school. Maybe he is the killer. Systematic Mike, with his expertise, discovers the clues that lead them to the final showdown with the masked killer.

It would be easy to write off a film like Knock Knock by calling it 'Crap', 'Silly' or 'Cheesy'. There is nothing wrong with these definitions. The one solace is, at least its trying to do something original by walking in its own shoes. It doesn't imitate the trendy production line of 'those' Hollywood Horror Remakes. There is originality at the heart of this slasher movie when you cut through the bullshit. It is a detective police drama, scene-by-scene the two detectives try to piece together the awkward puzzle. It's your basic whodunit wrapped around the genre conventions of a slasher movie. The sad thing is the teenage cast go through no form of development; they are just cannon fodder for the psychotic killer. With this unprofessional vibe to support the framework, this movie would sink into the depths of depravity. Luckily, the seasoned cast of actors are what bestows the film with a level of stability and allows it to float, supporting itself in the sea of slasher movie hell with a partially torn sail. Troy's mother, played by Susan Lehman, is one of the minor character-actors that stands out from the diluted teenage cast and she gives her character a simple yet effective sadness laced with the erratic behaviour of an over-protective mother. The real pleasure of this low budget horror movie comes from the actor Antonio Mastrantonio who plays the ex-cop Mike, an Italian-American actor with oodles of natural talent. He is the only actor in the film to display a level of realism. When you see him on screen, you become plagued with the question, why is he acting in this low-budget horror movie when he could have been making immense waves in Hollywood, in films like Martin Scorsese's Goodfellas. 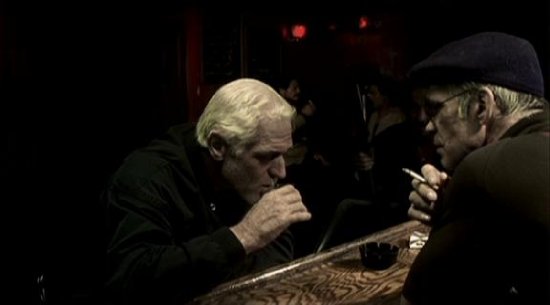 The surprising thing about Knock Knock is that the non-horror segments are the best scenes. When Mike is sipping whiskey at The Abbey Bar, talking with the bartender, while smoke dances in the air, you can almost imagine he is a lost character from a Bukowski novel. These are beautiful and sublime sequences. You can tell something is going on behind those alcohol-induced eyes. Mastrantonio gives the audience great insight into his past. We find out he abandoned his family when he became a cop, even when his wife was dying of cancer he admits he did not even have time for her. His son is dead and the only reason he is in this this town is due to his guilt, he wants to develop a relationship with his granddaughter before it is too late. Take out all the horror elements and just focus on this sub-plot and you have a blood-free movie that deals with substantial and meaningful issues. 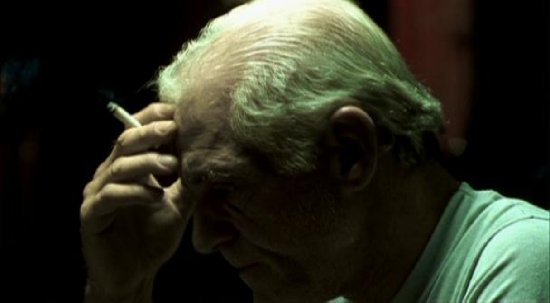 Unfortunately, sex seems to be the predominant theme in this movie, as with most slasher movies, it's disturbing when it goes hand-in-hand with in-your-face gore. You have to criticise the director for this disconcerting tone. It disturbs the senses. A semi-naked Vega looks through grisly photographs of the teenage victims, their blood spattered bodies on display while strange romantic music plays in the background, we then get a strange montage of her dressing in a sexy outfit. She is mindless eye-candy for the audience to ogle at. This is not a classy slasher fairy-tale with an evocative implication like Halloween or Black Christmas, its just scene after scene of murder and mayhem with schizophrenic editing techniques that blurs and confuses the mind. Saying this, there are a few stand out scenes with the Janitor, Troy. As he listens to heavy metal music in his bedroom, dancing around his room with a guitar, wearing a tie-died t-shirt and sunglasses you feel the potential of this movie coming to life. The scenes in which he plays with the dolls, that represent the teenagers, are disturbing too, playing it like Joe Spinell from William Lustig's Maniac. 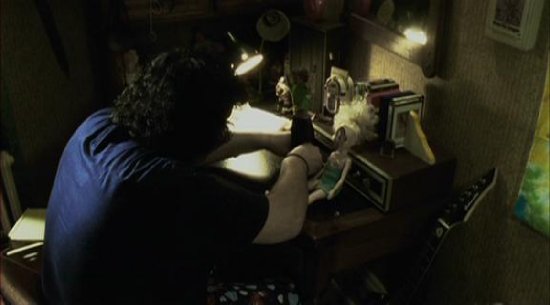 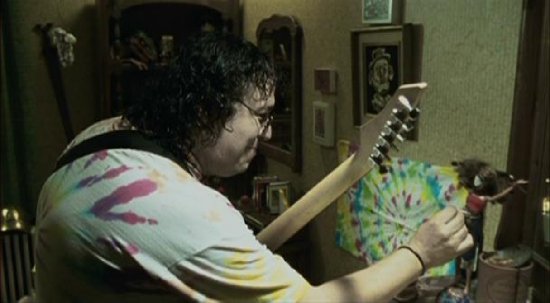 Happily, the film does develop an interesting subplot in the vein of Nightmare on Elm Street. A cruel injustice comes back to haunt the small American town and naturally the annoying local teens are paying for the crimes committed by their parents. Without giving much of the plot away, watch this film and don't judge its faults, take note of the positive aspects of the story, even if it doesn't compare to the classics like Friday 13th and The Texas Chain Saw Massacre, at least its trying something new and inventive, not like all these Hollywood 'dollar-sign' remakes. There is a heart buried deep inside this film, it's just a little hard to find.