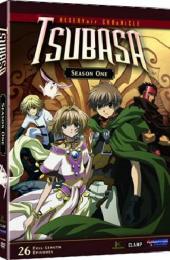 Tsubasa: The Complete Season One (6 Disc) 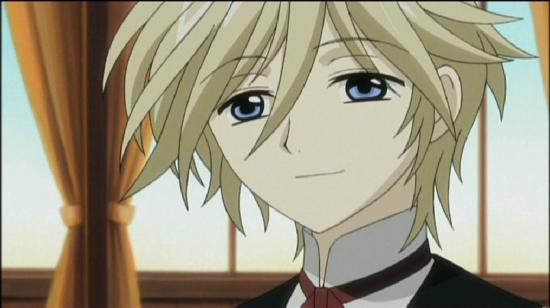 Any self respecting anime anorak will have already checked out our resident anime expert, Jitendar Canth's reviews of the six individual volumes that make up this set. There they'll find plenty of detail about how the drifting narrative unfolds, held together by some lovable characters and a pencil thin plot. They'll also discover much about how the characters develop and how the plot thickens towards the end of this initial run of this popular manga adaptation. For my part, what I can offer in addition to these excellent insights are the views of someone with far less knowledge of all things anime, and of someone who has greedily lapped up the whole first season in one gulp. And what a pleasurable gulp it was too...nothing too spicy or filling, nor too demanding on the palette.

Digging around to find out a bit more about the series I discovered that Tsubasa is an extremely popular manga produced by the enigmatic CLAMP collective, who have regurgitated two of their more popular characters from 'Cardcaptors'; Sakura and Syoaran. Only followers of that series won't recognise much more than the name and the look, as these are like 'actors' who take on two entirely different roles. In the magical country of Clow, Sakura is a princess and Syaoran is a commoner working as an archeologist. They're friends despite this being frowned upon. Syaoran has taken up his late fathers' work, exploring the ruins of Clow which seem to hold some magical power. 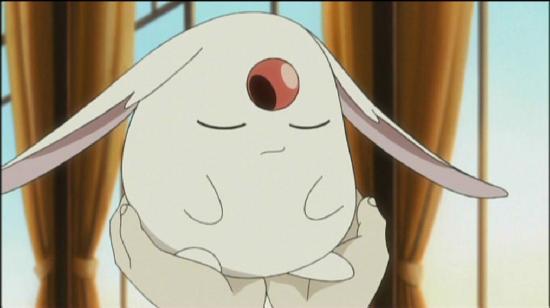 One day, when visiting the ruins, Sakura is mesmerised and drawn into a strange gateway on the wall. Evil forces are at work and are trying to steal her away to another dimension. Syaoran prevents her from going, but in the process, scatters the feathers from her wings (representing her memories) across multiple worlds. Whoops!

What follows are many adventures as Syoaran travels across these worlds to try and recover these memories by collecting the feathers. He has two travelling companions who also have a reason for journeying between worlds - including one who merely needs to stay out of his own!

They are given a mysterious aid - Mokona Modoki - a white creature (think Pokemon) that conveniently allows them to communicate with and travel to many other worlds. Interestingly, the Dimensional Witch who helps them out (Yuko) is none other than an identical character who appears in the anime xxxHolic and who is (apparently) a main character in that. 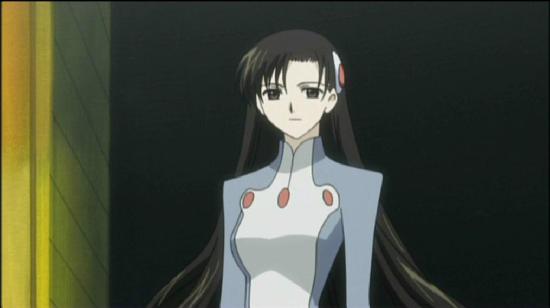 Each if the three characters must pay with whatever they hold most dear in order to be able to travel across dimensions. Kurogane, a rough-nut Ninja with a heart of gold, must give up his beloved sword and Fay, another magician who is trying to avoid King Ashura, must give up the tattoo on his back which regulates the control of his magic. Poor old Syaoran has to pay by giving up his relationship with Sakura who will no longer remember him, even if he is able to re-capture all the fragments of her memories.

All this happens across the first couple of episodes and it may seem at first that this is going to be an anime that works at breakneck speed and never lets up. I'm glad to say that it soon slows down to a more comfortable, almost sedate pace, and never quite breaks into a sweat again.

As the journey begins, the only times that we get any further inkling of the two way devotion between Sakura and Syaoran is via flashback. For the remainder of the time, though Syaoran never lets up with his devotion, Sakura seems to be pretty much on the nod. It reminded me of 'Elemental Gelade' (maybe because I watched it recently and am too dumb to remember any other anime) where the male protagonist is a ball of devoted energy and the female a passive, almost dopey presence throughout. I'm sure a social psychologist would have something to say about why this should be such a popular dynamic in Japanese anime. But I'm digressing.
The story arc itself is episodic certainly but it's not divided as neatly as episode by episode with a new world and another feather with every viewing. 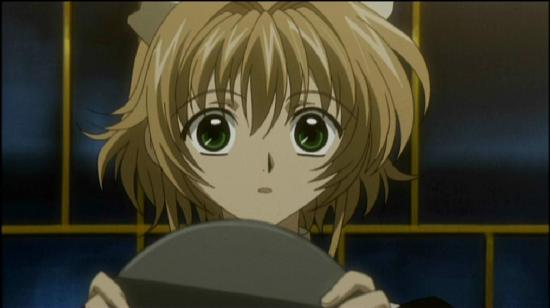 Overall, unlike some anime that I've viewed as a single set (R.O.D. TV Series, Serial Experiments Lain etc) I found that an episode or two at a time was all I could take. Though it was always nice to get back to it. As anime series go, it's an undemanding watch and probably a good start point for someone inquisitive about the genre but unsure how to get started. It's simple enough for a young teen to follow and there is nothing in its content that you would feel uncomfortable sharing with someone in that age group - which is not always the case with anime. Having said that, it's perfectly entertaining enough for an adult too so I guess you could say it's all round good entertainment.

If you have trouble suspending disbelief then this will not be for you. But then, in truth, neither is anime as a genre. What makes anime so constantly engaging t many is the freedom of creative thought it seems to offer to its creators. The fact that, with animation, anything is possible means that literally any flight of imagination can be realised. 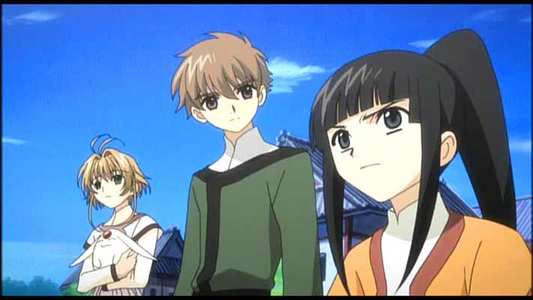 Video
It's nice to start seeing so much anime in 16:9. This is a very nice transfer of a nice looking anime. Don't expect a rich, Disney-like experience though. Despite some imaginative rendering this is pretty primitive stuff in the main where quite often the only moving part of the screen is a single mouth. But then that's par for the course. It's very colourful too in keeping with its fantasy world theming. 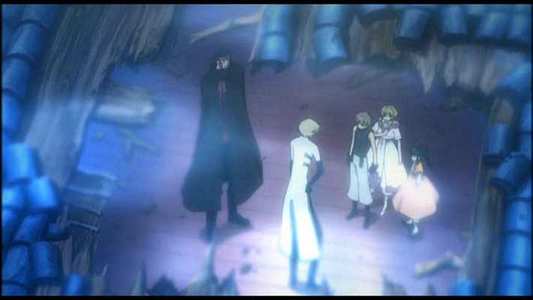 Audio
Curiously, other than a very catchy theme song, there is very little music in the programme. Occasionally a little is introduced to enhance the action, or a little melancholic piano is added to add to the pathos, but it is strangely bereft of background, giving the redubbed version a slightly sterile 'studio' feel on occasion. Which is strange as I had read somewhere that it had a fantastic soundtrack though I don't really share this view. But it doesn't detract greatly and the US voices seem well chosen, particularly for the terribly serious, humour free, mega-earnest Syaoran.

Extra Features
I generally find the extra features on anime sets disappointing. Of course it's difficult to know what would be of any interest but I think some background about the manga would have been good. The 'textless' opening credits and such-like seem a waste of effort. I can't imagine what people get out of these. There are some text base character guides which are quite useful, as well as some explanation as to the various character crossovers from the CLAMP universe. Finally, there are some cast auditions which were quite good fun. 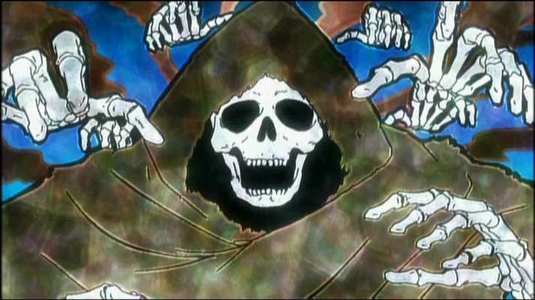 Overall
The first Season of 'Tsuabasa RESERVoir CHRoNiCLE' is, in the final analysis, probably better than the sum of its parts. On paper it probably doesn't sound particularly enticing. But it has a way of slowly getting under the skin until suddenly you realise that you're on the last episode of this 6 DVD set - and thirsting for more. It's not a fast moving anime. It's actually quite a gently paced programme, luxuriating in the space it allows itself, comfortable in the knowledge that, after stretching things out across 26 episodes, that there are several more seasons to come. Which is actually something I quite liked. Would I watch the whole thing again? Yes -probably. Which means that it's a set worth buying. It won't rock your world - but it might bring a warm and welcome diversion to it. As a six-pack, this is clearly the way to go rather than individual volumes. It may be worth looking at one of the many extracts on You Tube before committing, though I for one will have my eye out for Season 2. 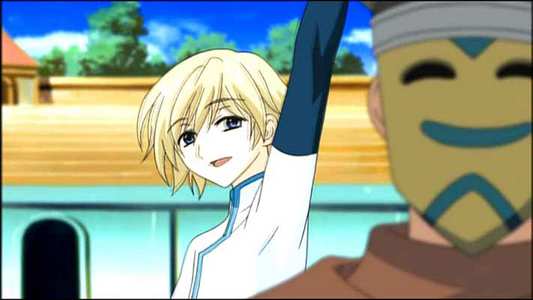