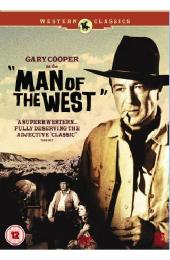 Man of the West (DVD Details)

Man of the West
Related Items

DVD
The Virginian: The Complete Series 1

DVD
Day of the Outlaw

Man of the West 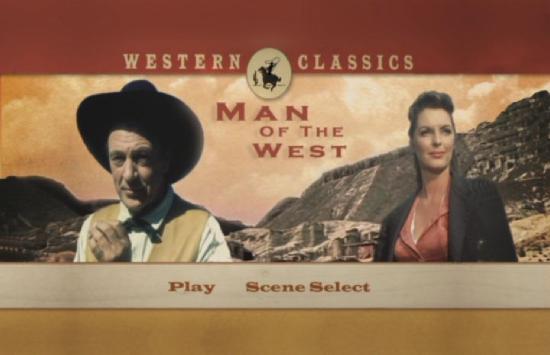 There's something different about 'Man of the West'. Whilst all the key ingredients of the Western genre are correct and present, there's a dark, almost melancholic undertone to the narrative that allows Gary Cooper to turn in a surprisingly depthy performance. It should be said from the outset that, in common with Director Anthony Mann's earlier work in the genre (generally with James Stewart), that this is a visually stunning piece of cinema; beautifully shot with wide vistas that make perfect sense of the widescreen format. 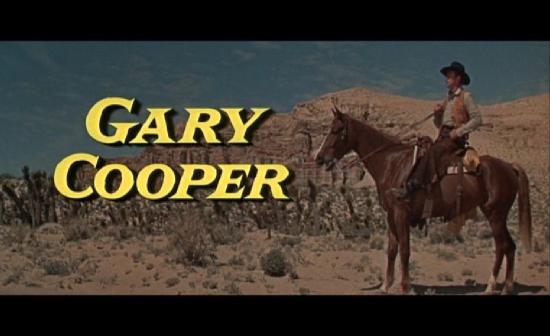 This was actually Mann's penultimate Western (Maybe that's why he called it 'Man of the West'?) and it's an action packed melodrama. The aging Cooper (57 at the time of filming) stars as Link, a strong and quietly confident man of few words. It transpires that he was once a ruthless outlaw who used to run with a murderous gang. But that was then. Now he has become an upstanding citizen, settled into a small community who has set out to find a teacher for their local school. During the journey his money is stolen by the same treacherous gang he used to ride with (led by the almost psychopathically brutal Dock Tobin (Lee J Cobb). During the train robbery many are shot though Link manages to escape with two other travellers - the first a conman card sharp, Sam Beasley (played for laughs by Arthur O'Connell) and the second a saloon singer / dancer, Billie Ellis (Julie London) who quickly becomes the romantic interest in the film. When the train leaves, they are left behind. 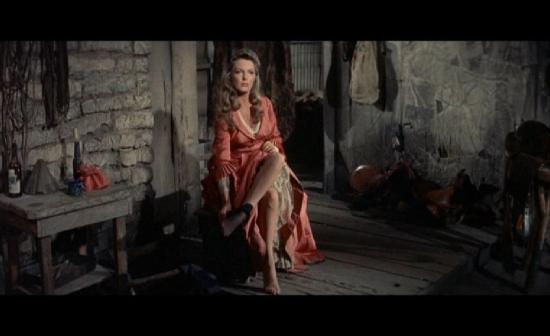 Walking through the wilderness they happen across a remote shack which, it turns out, is the hideout for Dock's gang. Here we discover that Dock was once 'like a Father' to Link and, in an effort to save Sam and Billie, he plays along that he was looking for Dock with the intention of rejoining the gang. 'Man of the West' is a dark and violent film, with a sinister and foreboding undercurrent throughout. Most disturbing is when Dock's gang, led by the salivating Coaley (Jack Lord before he turned good guy in Hawaii 5-0) force Billie to strip. Link, who has already intervened in previous approaches by insisting that Billie is 'his girl' is forced to watch with a knife at his throat. Later we see Link take his revenge in a prolonged and violent fist-fight which ends with Link pulling Coaley's clothes off in order to humiliate him in front of his men.
Later, when he has been sent off on some bad business by Dock, he returns to find Billie in the back of a wagon with blood on her torn clothes. This proves to be the last straw - and despite no longer being a man of violence, it's time for Link to go and see Dock one last time. And this time with a gun.

It's a great film, though this Optimum bare-bones disc offers nothing more than the film itself. It's a reasonable transfer with a non-anamorphic crop though is probably the same transfer as blessed the 2005 release reviewed by fellow reviewer Jitendar on this site. 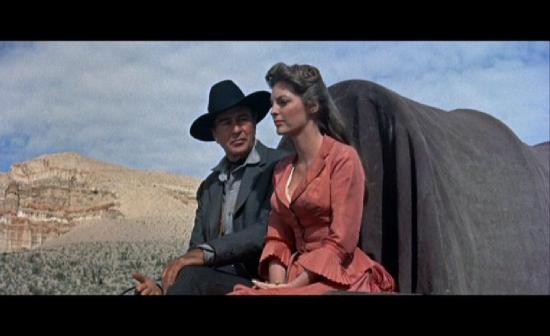