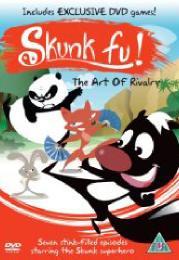 Skunk Fu! The Art Of The Touch (DVD Details)

DVD
The Raggy Dolls: Series One

Skunk Fu! The Art of the Touch

Long time ago, Dragon protected the Valley but was punished by heaven for his arrogance. He blamed us. Now, trapped in his icy prison, he plots to destroy us. Our only hope might be my pupil, Skunk.

Skunk Fu! is a cartoon series that launched on CBBC in July 2007, a co-production of Irish and German origin. The programme has become the channel's top rated show for the 6-11 year old demographic, taking 20% of the audience share in its timeslot. 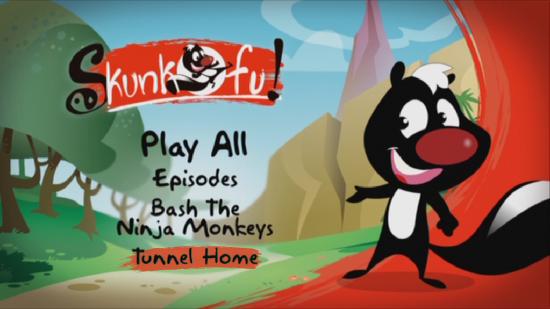 Seven episodes included in this release, essentially to showcase the series prior to release of further Skunk Fu DVD's during 2008:

Nice clear and sharp picture for this animation, the style kind of reminds me of the likes of Johnny Bravo and Dexter's Lab but I'm not a cartoon aficionado so don't just take my word for it… 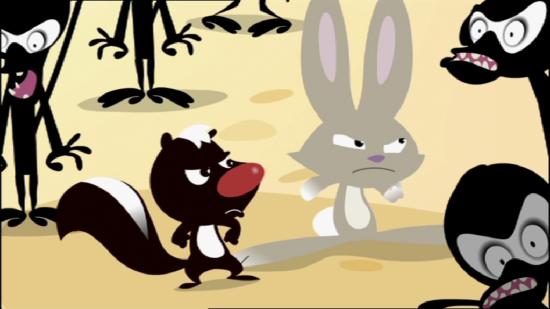 Choice of English or French soundtrack at disc start-up. Kind of cool r 'n' b track as it's theme tune which fits quite well (and I normally hate this genre of music). The soundtrack by Chris Bemand is oriental in origin and reminds me a little of Japanese Boy by Anneka… 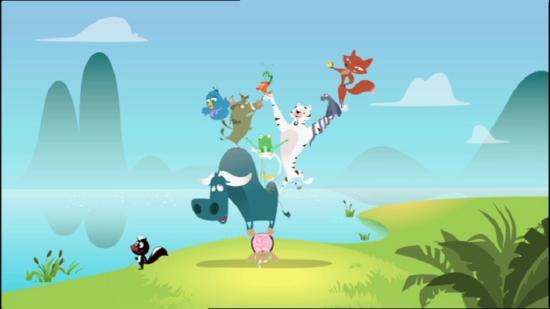 This is quite good fun. I'd never heard of this, but my 11 year old daughter insisted it was good, so here I am. This reminds me of Karate Kid, with a giant Panda playing Mr Miyagi and a Skunk in the Ralph Macchio role. Skunk is a Kung Fu pupil under the tutelage of the all-knowing and wise Panda, but in the vein of all young enthusiastic pupils, he just wants some action rather than to complete his boring training. When he inevitably gets into a scrape, it's either the sultry Fox or the brash Rabbit that come to his aid.

On the side of the baddies are the awesome Ninja monkeys. Not so much awesome because they are good at fighting, just because there's loads of them and they provide the most entertainment to Skunk and his mates. Leading the bad guys are Dragon and Baboon. Dragon is the main man, but trapped in an icy lake he can still exert his power of his no.2 Baboon, an English RSM type figure (sort of like Windsor Davies gone slightly more sour).

Each episode lasts about 10-12 minutes each and has a moral to it. The humour should appeal to adults as well as kids, I found myself laughing quite openly right the way through. This was fantastic and I can't wait to see some more (please). 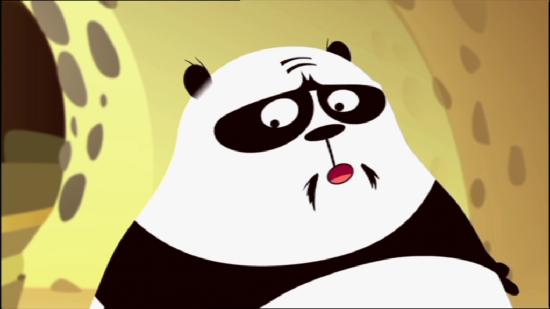