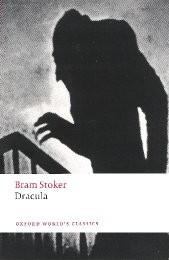 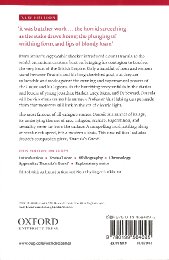 DVD
Requiem for a Vampire

There are some books that have made an invaluable and long lasting contribution to English literature with those by the likes of Jane Austen, Charles Dickens and the Brontë sisters probably amongst the finest examples whereas others have stood the test of time because they are just great stories and not necessarily great works of fiction. It seems that the general consensus on Bram Stoker's Dracula is that it isn't a masterwork of fiction but is a milestone in 18th and 19th century Gothic literature alongside the likes of Mary Shelley's Frankenstein: The Modern Prometheus, Robert Louis Stevenson's Strange Case of Dr Jekyll and Mr Hyde and The Hunchback of Notre Dame by Victor Hugo.

Drawing heavily on the influences in J Sheridan le Fanu's short story Carmilla and various other works that have mentioned vampires, the Irish novelist Bram Stoker wrote a novel that, structurally, was unlike anything that had been written before as it has many different storytellers and methods of writing. The story is told by Jonathan Harker, his fiancée (and later wife) Wilhelmina 'Mina' Murray, her best friend Lucy Westenra, her fiancé Hon. Arthur Holmwood (who would become Lord Godalming), Dr John Seward and Prof Abraham Van Helsing.

It begins with Jonathan Harker's journal explaining how he, a newly qualified solicitor, had been despatched overseas to Transylvania where he was to meet with Count Dracula, a mysterious figure who is shunned and avoided by everyone in the region, but who wants to buy some property in England. During Harker's stay in Dracula's castle, he notices how strange it seems that an aristocrat like Dracula has no servants, that his grip and strength is incredible for a man of his age and how Harker never sees him eat or drink. The longer Harker stays there, the more he feels like a prisoner and his initial observation that the peculiar man with a long white moustache, aquiline nose and elongated canine teeth that protrude over his red lips is a well read and polite host turns out to be incorrect as he sleeps in a coffin full of dirt, can climb the castle walls like a lizard and seems to feast on blood.

Most people know the general story of Dracula and how the vampire moves to England where he turns Lucy into an "Un-dead" creature of the night and how he is eventually hunted down by van Helsing. However, much of the story has been lost in its repeated dilutions in films and television shows and the book is far more rich and detailed than any film, including Francis Ford Coppola's Bram Stoker's Dracula, has depicted. Although most movies quite rightly portray van Helsing as Dracula's nemesis, they usually show the Dutch academic killing him with a stake through the heart; that is not how Dracula meets his end in the novel.

The novel has been available for many years and from various different publishers and the one that I have previously read was the Penguin Classics edition. For this edition, Oxford University Press has teamed up with Roger Luckhurst, Professor of Modern Literature at Birkbeck College, University of London. Prof Luckhurst is something of an expert when it comes to Gothic literature having edited Stevenson's Strange Case of Dr Jekyll and Mr Hyde and the anthology book Late Victorian Gothic Tales. For this new publication, he has written a fascinating introduction and copious notes which give you information on everything from locations to Cockney rhyming slang and Latin phrases which pepper the text. The book is basically as it was when first published in 1897 apart from a few typographical errors which have been 'fixed' and it reads extremely well.

Each note is marked with an asterisk and these are all listed in the back according to page number so it is quite easy to flick from the page you are reading to the back of the book and then return to where you were, now certain of where the section is set or what particular Latin phrase van Helsing has used in conversation. Additionally, there is an appendix with 'Dracula's Guest', a short piece of work by Stoker which was probably written for the book but removed in the editing process. It reads very well and is almost a stand-alone short story so its inclusion here is extremely welcome and something that every fan of the novel should read.

Dracula is a novel that never seems to tire or lose impact no matter how many times one reads it, with the ending of the story as exciting as ever. This new publication will likely find a home on the bookshelves of people who have only just become interested in vampires through the likes of the Twilight films and TV series True Blood and those who have read the book several times and are that interested in Bram Stoker's work that this new edition will prove to be a very attractive purchase. Finally, I really like the chosen artwork for the front cover - one of the most memorable scenes from F.W. Murnau's Nosferatu, for my money still the best film adaptation of Stoker's novel.